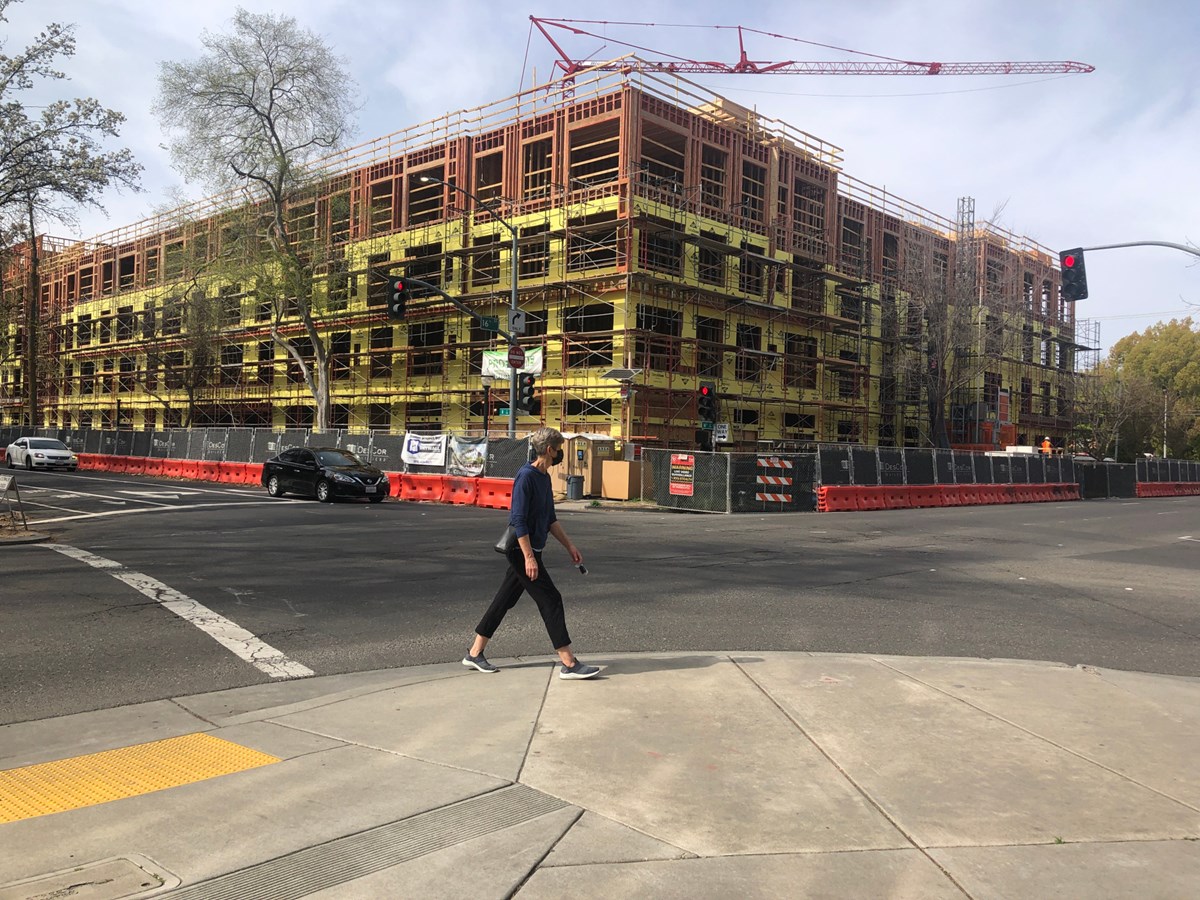 New housing is under construction at 16th and H Streets in Sacrameto. This project replaces a long vacant motel. Housing construction is up in Sacramento, but housing for poorer residents is falling short.

Despite the pandemic, Sacramento construction zoomed along in 2020, marking a 15% increase over 2019. But while the city experienced a sharp increase in the number of affordable housing units built, the city fell well below its state-issued goals.

Developers working in the city added 3,600 housing units of various types in 2020.

“We made a lot of progress but that needs to continue both for existing residents and for the future growth of our city,” said Hertel.

For the eight years ending in 2020, the city was given the goal of building 24,000 units. With 15,300 units built in the period, the city hit 64% of the goal, according to numbers provided by the city and the substance of an April 20 staff report to the City Council.

In 2020, the region produced 425 units aimed at residents making less than 50% of the area’s median income or $43,150 for a family of four. That’s a dramatic increase over recent years, but is just 14% of the state’s goal for the city.

The city did better with units targeting the “low” income category — people making between 50 and 80% of the median income — with developers building 688 units or 34% of the housing goal for that income group.

In the moderate-income category — households making 80 to 120% of median income — developers produced 1,370 units, or 160% of the housing goal for that income category.

Some 70% of the new housing built is targeting those at or above the median income level. 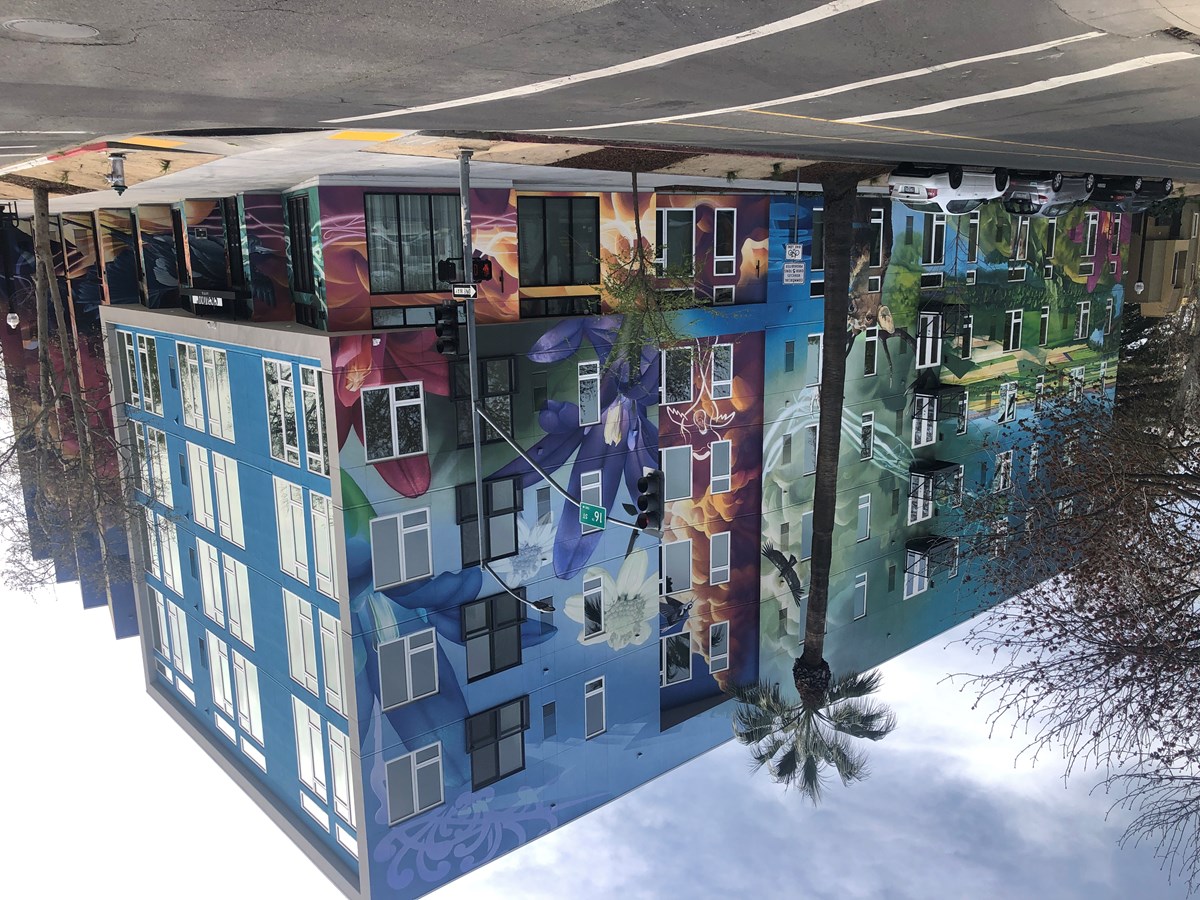 A warp-around mural adorns the new completed "Elenor Apartments" on the corner of E and 16th Streets.Ed Fletcher / CapRadio

Kendra Noel Lewis, is the executive director of the Sacramento Housing Alliance, a housing advocacy group. She had a blunt response to the city hitting 14% of its goal for housing targeting those making less than half of the region’s median income.

“If you were in college that would be a failure, so I would say the percentage is too low and the crisis is clear,” Lewis said.

People should not have to work two or three jobs to afford a place to stay, Lewis said. She said the city needs stronger policies to meet the challenge.

“It’s a good time to reinstitute an inclusionary requirement that mandates actually building a percentage of affordable housing and not just providing the fee,” Lewis said.

New goals handed down by the state call for Sacramento to build an additional 46,000 total units by 2029.

“We’re hoping that we can do better. Because with the housing element number we’re looking at now, it’s even more so we have to do more faster,” Lewis said.

The Sacramento City Council is expected to discuss how to reach the new goals this spring.