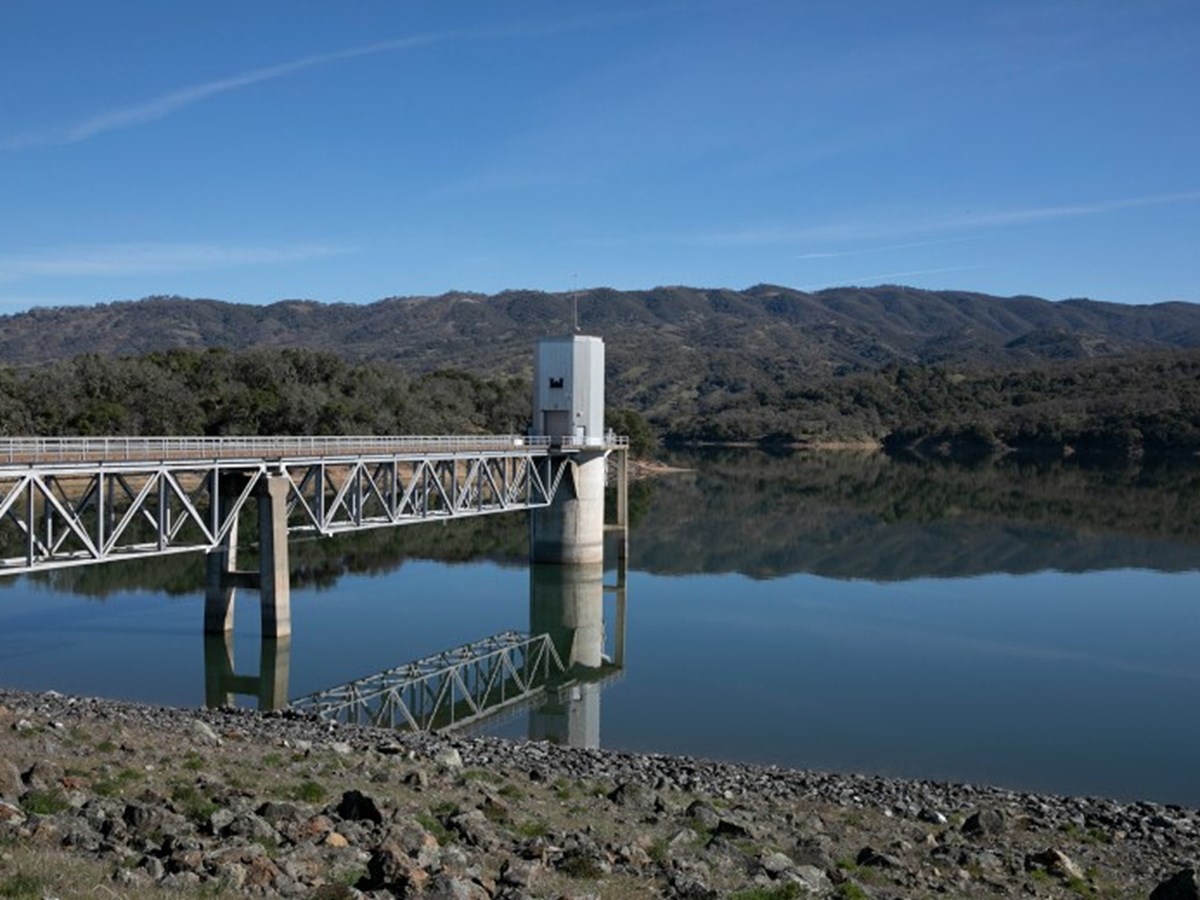 Last February, Lake Mendocino was not depleted as much as it is now. It’s at only 42% capacity today.

The emergency declaration will allow state agencies to consider relaxing some requirements for reservoir releases, allowing more water to be stored in reservoirs serving Mendocino and Sonoma counties.

Most of the state is suffering severe drought conditions due to low rainfall and snowpack, but state water officials said that the other regions aren’t hit hard enough yet to declare a statewide emergency.

Standing on the edge of Lake Mendocino, a rain-fed reservoir rimmed with a cracked crust of mud, Newsom said he is preparing statewide by calling for a range of actions, such as improved monitoring of groundwater pumping and reporting of dry wells to the state.

California’s last drought began in 2012 and spanned five years. But climate change is increasing drought risk and severity in California.

Newsom’s new drought emergency declaration focuses specifically on the Russian River watershed, which spans Sonoma and Mendocino counties and has been hardest hit by the drought desiccating California. The region relies on rainfall, and is isolated from state and federal aqueducts.

It is also home to the endangered Coho salmon and the threatened Chinook salmon and Steelhead trout, which will be at risk if too much water is diverted from the river for farms and taps.

Natural Resources Secretary Wade Crowfoot said the emergency order will allow state officials, if necessary, to restrict the amount diverted and speed up contracts for certain services, such as relocating fish stranded in drying puddles.

“It’s a fairly isolated watershed, and as a result, in the second dry year, is experiencing acute dry conditions that threaten not only the ability to provide water for communities for domestic use, but then also certain imperiled fish populations,” Crowfoot said in an interview with CalMatters.

Sonoma Water, a major provider in the region that serves 600,000 Sonoma and Marin County residents, has seen water levels in the region’s two major reservoirs reach historic lows. Lake Sonoma and Lake Mendocino have hit 62% and 43% capacity, respectively — lower than during the peak of the last drought, when dry mud cracked around the puddle of Lake Mendocino’s remaining water.

Rainfall in the city of Ukiah has reached only 39% of average so far this year, beating dryness records set during the severe 1976-1977 drought. In Santa Rosa, precipitation has dipped to 38% of average.

Already, Sonoma Water has reduced flows out of the Coyote Valley Dam on Lake Mendocino to the lowest they can go, said Brad Sherwood, a Sonoma Water spokesperson.

“If we get no additional rainfall, and we can’t reduce diversions off the river, then there’s a true possibility that that reservoir will essentially dry up,” Sherwood said. “We project it will get to a level where we don’t even know if we’ll be able to get water out of it.”

While rain is expected for the weekend, experts say it’s unlikely to quench the parched conditions.

“We don’t anticipate this upcoming storm to be a typhoon deluge like it’s being reported,” Sherwood said. “It would take seven to 10 inches of rain to even make a mark, a dent in our water supply needs.”

Already, water providers in the Russian River watershed and others relying on its water have been sounding the alarm to residents.

Mendocino County’s Board of Supervisors voted to declare a drought emergency on Tuesday. And the Redwood Valley County Water District that serves 1,200 residential and 200 agricultural customers just north of Ukiah has asked residents to use no more than 50 gallons per day per person, according to Ken Todd, vice president of the Redwood Valley County Water District’s board.

The district has also completely eliminated water for agricultural users, including Todd, a grapegrower. Once he taps out the reservoirs on his vineyards, he said, he’ll be out of water. “We won’t have enough water for irrigation this summer. So it’s definitely going to impact our crop,” he said.

Marin Water, which serves more than 191,000 people in Marin County, also receives about 25% of its water from reservoirs on the Russian River. On Tuesday, its board of directors voted to restrict certain uses of drinking water, including washing vehicles at home, power washing structures, and street cleaning. Golf courses will also be limited to watering tees and greens starting on May 20th.

“We really want to make sure that we do everything that we can to preserve our water supply, because we’ll need it heading into the warmer months until we hit the rainy season,” said Jeanne Mariani-Belding, a spokesperson for Marin Water. “Hopefully, what will be a rainy season.”

The federal government already has stepped in to help California farmers suffering from water shortages by announcing the availability of new U.S. Department of Agriculture loans.

Today’s declaration of a drought emergency in Mendocino and Sonoma counties comes on the heels of a call from Central Valley lawmakers for Newsom to declare a statewide drought emergency and allow for more water to be released from the state’s reservoirs.

Crowfoot said for now, state water officials have been very clear that with no end to the drought in sight, saving that reservoir water is critical.

“The state needs to keep water in our state reservoirs, particularly our Oroville reservoir, to maintain that water in case we enter into a third dry year next year,” he said in an interview. “That water would be needed for health and safety purposes in our communities.”