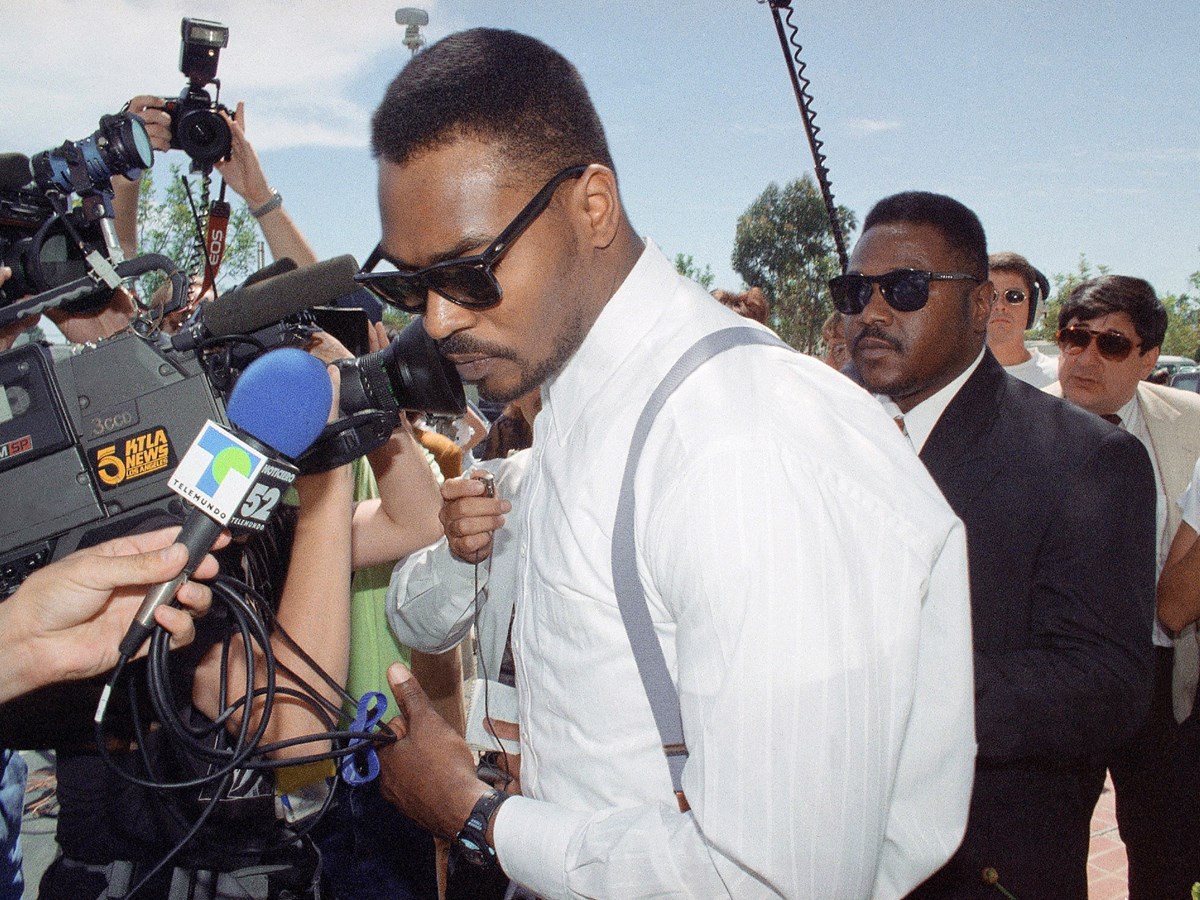 Rodney King squeezes past a crush of reporters and photographers after a news conference in Santa Ana, California on Thursday, June 2, 1994

Video and police abuse played key roles both in the trial of Derek Chauvin, who murdered George Floyd, and the one involving four Los Angeles police officers who beat Rodney King nearly three decades ago. But the outcomes were vastly different.

PolitiFact California reporter Chris Nichols spoke with anchor Mike Hagerty about the two cases in this week’s Can You Handle The Truth segment.

On what police officers were accused of doing to Rodney King

CHP officers pulled over King, who was Black, for speeding on a Los Angeles freeway back in April of 1991. King tried to elude officers but eventually stopped near an apartment complex.

From there, four Los Angeles Police Department officers, three white and one Latino, took charge of a traffic stop. They were captured on video, kicking and beating King dozens of times after he was on the ground. The video sparked outrage across the country.

But in the trial the next year, the officers were acquitted of almost all charges, including felony assault. By contrast, this week, former Minneapolis Police Officer Derek Chauvin was convicted on all counts, including second-degree murder, in the death of George Floyd.

On the anger people felt after the Rodney King trial

After the acquittals in 1992, there were five days of rioting in Los Angeles and more than 50 deaths. That included 10 people shot and killed by LAPD officers and the National Guardsmen.

More than 2,000 were injured. There was widespread destruction in South Los Angeles, where residents set fires and destroyed grocery and liquor stores and other shops.

On the differences between the two trials

“I think the outcome of the Rodney King trial had a lot to do with the outcome of this trial,” Moffatt said. “They say if you had this trial, their children’s trial in 1992, you might have had a similar outcome because people were not ready to make the change then.”

In both trials, Moffatt said defense attorneys tried to put the victims on trial to assassinate their character.

“They said very similar things about Rodney King in his trial. That was a Black man, that he was big and that if he got up, we were scared of him,” Moffatt added. “And these are the tropes that have been used for several hundred years.”

We know the jury in the Chauvin trial was more diverse: Six were white, four Black and two identify as multiracial.

In 1992, the trial was moved to Simi Valley, a nearly all-white city almost 30 miles from where the beating of Rodney King took place. The court decided it might not receive a fair trial in Los Angeles due to all the publicity.

That jury ended up with no Black people and only two people of color.

Two officers were convicted on those charges and sentenced to 1 and a half years in prison. The other two were acquitted. And nine years ago, King, not long after releasing a memoir, tragically drowned in his own backyard pool. He was 47 years old.