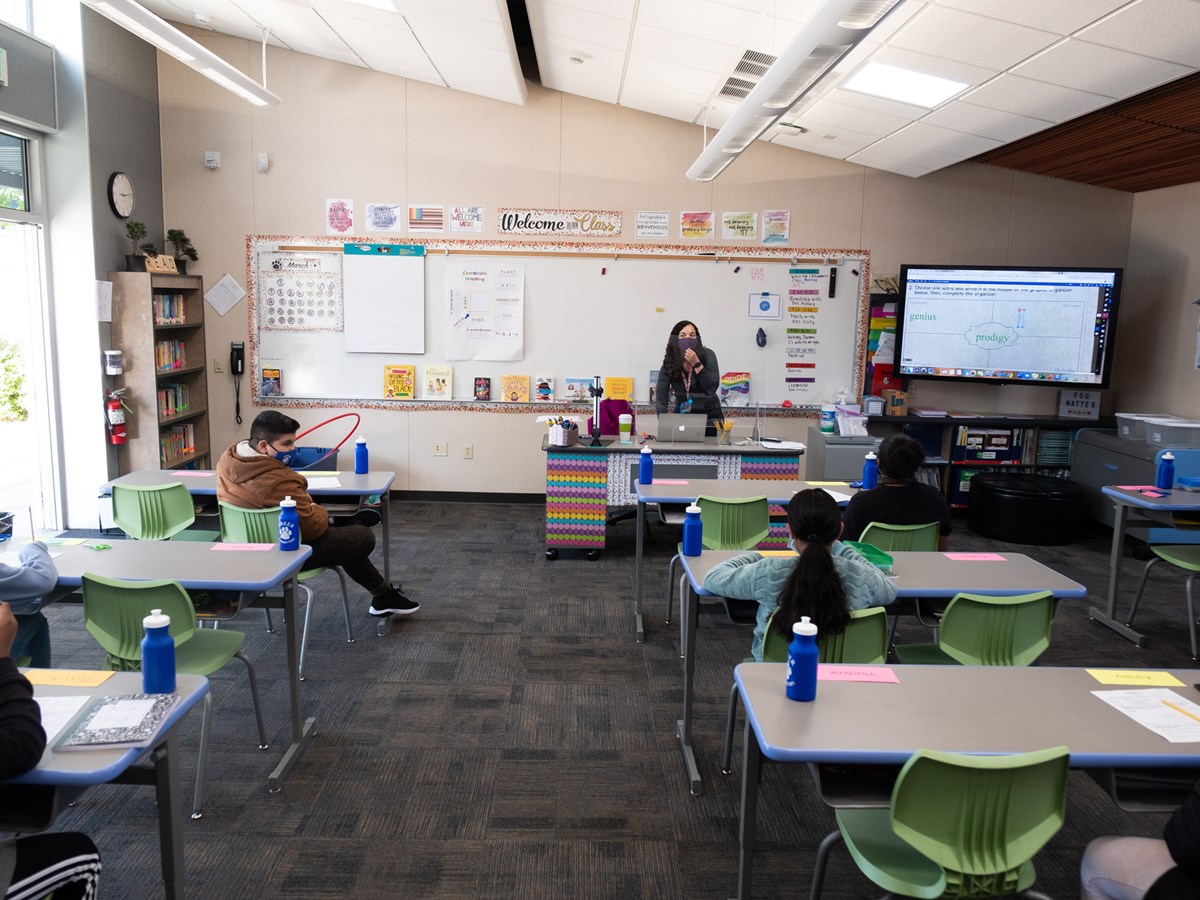 For some Sacramento-area parents, choosing to send their kids back to school this month is a no-brainer.

“It’s impossible to do online schooling for kindergarten. Because the majority of what you’re learning in kindergarten is how to deal with other kids,” Schwartz said. “You don’t learn that online.”

Just over half of families who responded to the Sacramento City Unified School District opted to send their kids back this month. But there’s wide variation — by grade level and along racial lines — when it comes to who will be attending in-person.

While 59% of kindergartners will learn in-person starting in April, most high school seniors are sticking with distance-learning.

But some of the biggest differences in the choice to send students back in-person are along racial lines. Seventy-one percent of white students who responded to the district will be attending in person, but roughly 50% of both Black and Latino students elected to go back.

UCLA education professor Tyrone Howard says there is a lot of skepticism among families of color that their children will be kept safe from COVID and from racial hostility.

“When Black and brown [parents] feel like their children are already being subjected to racial microaggressions, exclusionary practices, disproportionate levels of school punishment, the thinking is, ‘Why would I send my students back, if I don’t have to?’” Howard said.

He’s troubled by the racial differences, noting that, before the pandemic, learning-opportunity gaps already existed between  lower-income kids, students of color and children with more economic advantages.

“The gaps [are] getting wider,” Howard said.

Howard says school district officials should reach out to families of color to find out how to make in-person learning more comfortable.

“We need to talk to those parents to find out what is the reluctance for them to send their child back, and then respond in kind,” he said.

For Asian American and white students at Sacramento City Unified, the racial divide is particularly stark. Data indicate that just a third of Asian Americans will return to in-person classes, the lowest return rate out of all races and ethnicities. About 67 percent elected to stay home and do remote learning.

The hesitancy to return students to class in-person among Asian American families is a national phenomenon, according to recent media reports.

Parents and education experts say Asian families are keeping their kids in distance learning because of fear of contracting COVID-19, as well as concerns about bullying and physical safety in light of nationwide anti-Asian violence.

At the Elk Grove Unified School District, one of the state’s largest, roughly 69% of students overall are staying in distance learning, and 79% of high schoolers are staying home. That rates are notably higher than their more urban counterparts in Sacramento.

Secondary schools in Elk Grove reopened to students a couple days a week on April 1. Elementary school students have already been on campus for the past few weeks.

Later in April, students will be able to return for four days a week, and classrooms will be reconfigured so desks are 3 feet apart, following recent federal health guidance, according to district spokesperson Xanthi Soriano.

In San Juan Unified School District, which serves roughly 51,000 kids in the northern suburbs of Sacramento from Arden-Arcade to Citrus Heights, schools have been open to all students since March 22.

Currently, in-person instruction is available two days a week, but district officials say they’re considering opening it up to more because of the new desk spacing guidelines from the Centers for Disease Control and Prevention.

More than half of students at Twin Rivers Unified School District schools — some 14,600 students in all grades — went back to school in person starting on April 6, the district reports. About 9,700 students will be continuing with distance learning.

Other than increasing socialization time for her son, Eva Schwartz says she had another reason for sending him to a kindergarten classroom in person.

“It will increase the likelihood that the school will open full time for in-person in the fall,” she said.

Because SCUSD has clashed with the teachers union over contracts and the reopening process, Schwartz says she doesn’t trust the district to reopen fully, so she’s looking into charter schools for the fall just in case.