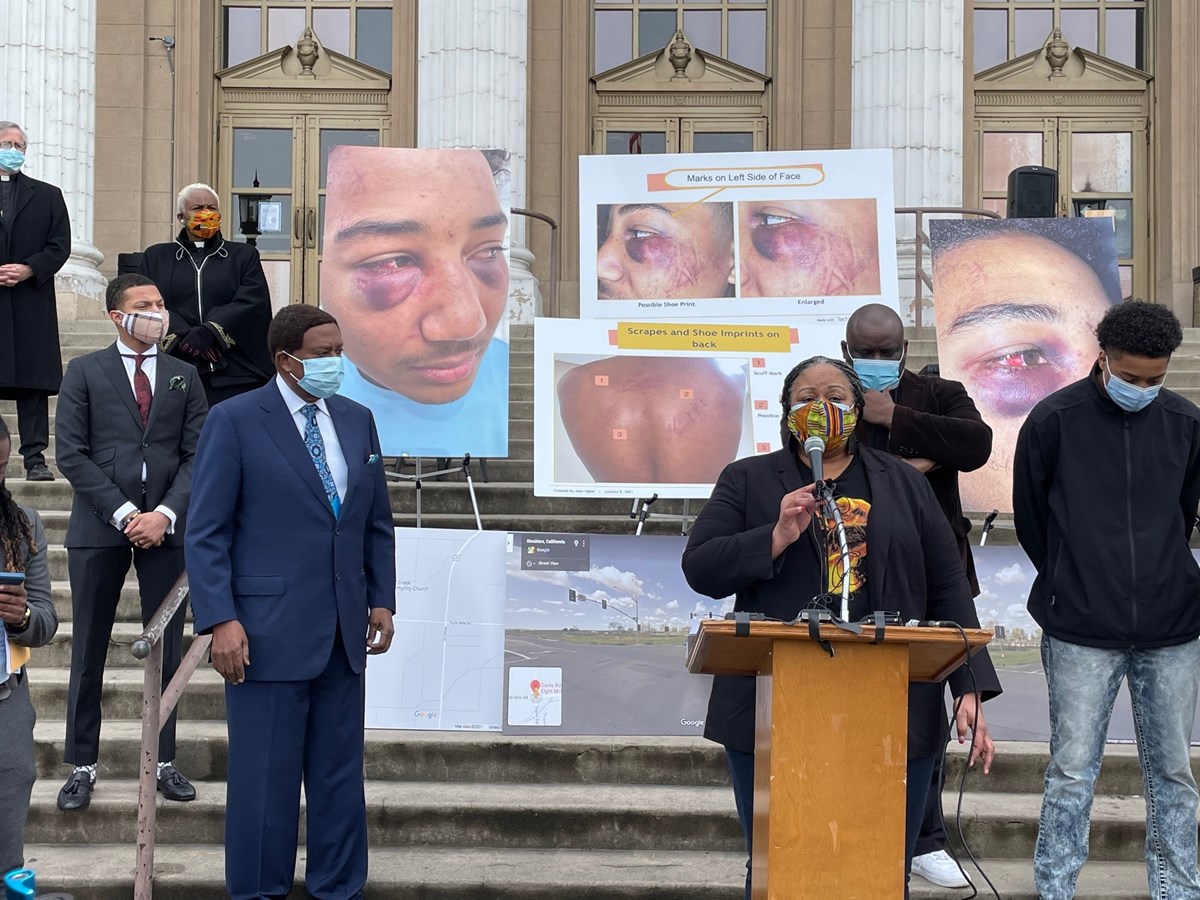 On January 6th an attorney for Devin Carter announced on the steps of City Hall a planned lawsuit against the City of Stockton and asked for an investigation into the beating of Carter. Photos of his injuries were placed on the steps.

Two Stockton Police officers were fired Tuesday and three others disciplined following an investigation into the beating of a 17-year-old driver.

According to police reports, Devin Carter was speeding over 100 miles per hour and failing to stop as police chased him.

Carter says he was dragged out of the car and beaten and stomped. Photos show multiple bruises on his face and neck and across his back

Initially, four officers were placed on administrative leave. Now that the investigation has completed, two officers were terminated.

Chief Eric Jones says department policy calls for officers to avoid striking an arrestee around the head and neck area when possible.

“There were hands and feet used by officers and I think that’s clearly one of the major concerns that I had and why two officers were separated from employment,” he said.

Jones says the case has also been referred to the District Attorney’s Office for possible charges.

The body camera footage was also shown to Carter’s family but will not be released publicly because the victim is a minor, he said.

“Our officers want to ensure we’re bringing nobility and pride to our badge, so I think it’s important for our officers, and I think they understand, that we have to hold ourselves accountable,” he said.

The family still plans to pursue a lawsuit against the city. The officers terminated are two-year veteran Michael Stiles and five-year veteran Omar Villapudua.