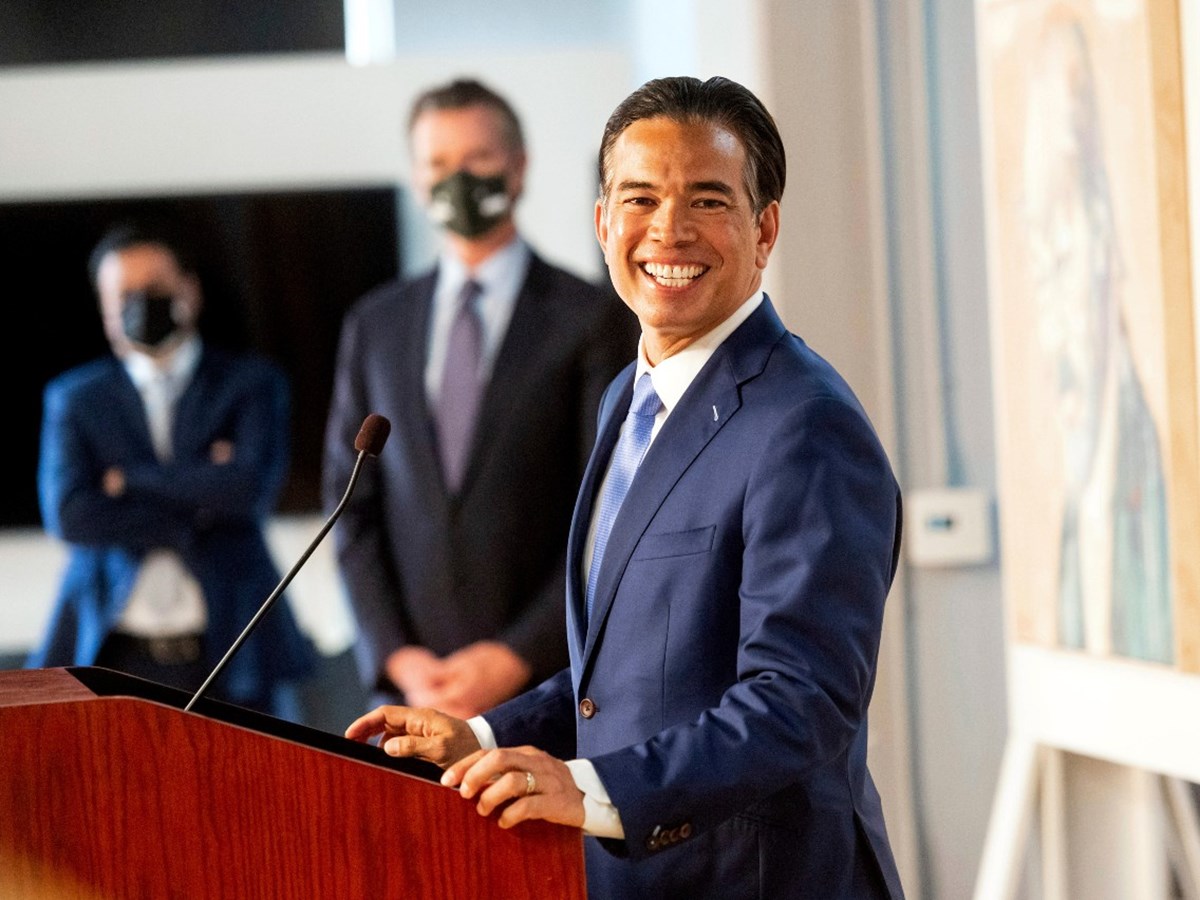 An East Bay lawmaker — the first Filipino American to serve in the Legislature — is poised to become California’s next Attorney General.

Gov. Gavin Newsom named Assemblymember Rob Bonta as his nominee to fill the vacancy left by Xavier Becerra, who was confirmed to the Biden administration last week.

Bonta, a progressive East Bay Democrat, was elected to the Legislature in 2012 as the state’s first Filipino lawmaker. The nomination requires legislative confirmation, which Bonta is expected to secure from the Democratic supermajority.

The Alameda Democrat, who holds a law degree from Yale University, said he became a lawyer “because I saw the law as the best way to make a positive difference for the most people.”

“As California’s Attorney General, I will work tirelessly every day to ensure that every Californian who has been wronged can find justice and that every person is treated fairly under the law,” he said.

Bonta listed criminal justice reform, environmental justice, consumer protection, human trafficking and protecting the rights of immigrants and workers as among his top priorities for the position, which oversees more than 4,500 employees in the state Department of Justice.

“Rob represents what makes California great — our desire to take on righteous fights and reverse systematic injustices,” Newsom said. “At this moment when so many communities are under attack for who they are and who they love, Rob has fought to strengthen hate crime laws and protect our communities from the forces of hate.”

Bonta is named to the position as Asian American communities around the country protest increasing incidents of hate speech and violence.

Several API groups and lawmakers had been lobbying Newsom to appoint Bonta, but the pressure increased after last week’s shootings in the Atlanta area, which targeted Asian-owned personal care businesses. Six of the eight victims were women of Asian descent.

“So many of us have been targeted and attacked because of who we are, where we’re from and who we love,” Bonta said at a San Francisco press conference announcing his nomination. “But that hate has not defined who we are or what we can achieve.”

Bonta blamed rhetoric from former President Donald Trump, such as referring to the coronavirus as the “China virus” and “Kung Flu” for contributing to the violence.

“It led to the murders of API people,” he said. “It’s racist, it’s cruel, it’s xenophic and it’s wrong. We need to do better and hold ourselves to higher standards as leaders.”

If confirmed, Bonta will enter the office as law enforcement comes under sharper scrutiny for killings of unarmed civilians and as lawmakers consider more police reforms. The office is now tasked with investigating police killings of unarmed civilians — tasks typically taken on by other local law enforcement agencies — under a bill approved last year.

“I believe deeply that we need to build more trust between law enforcement and our communities,” Bonta said. “I will do what it takes to cultivate and build that trust.”

In the Legislature, Bonta has supported bills to increase police oversight and accountability. In October he unveiled a proposal to require prosecutors who accept campaign donations from police unions to recuse themselves from investigations into police misconduct.

Newsom said in his conversations with members of the law enforcement community about filling the position, “the one universal thing they wanted was someone who was willing to pick up the phone, willing to listen, willing to engage and will demonstrate real respect for those men and women in uniform.

“That’s exactly what law enforcement will have in Rob Bonta as attorney general,” the governor said.

Bonta’s nomination caps off a domino effect of appointments to powerful positions Newsom has made since Kamala Harris was sworn in as Vice President.
The governor named Alex Padilla as California’s first Latino U.S. senator and Shirley Weber as the first Black woman to serve as secretary of state.

Newsom has faced enormous pressure in filing the high-profile vacancies from groups lobbying their preferred candidates behind closed doors.