Blue Shield Spent Years Cultivating a Relationship with Newsom. It Got the State Vaccine Contract. 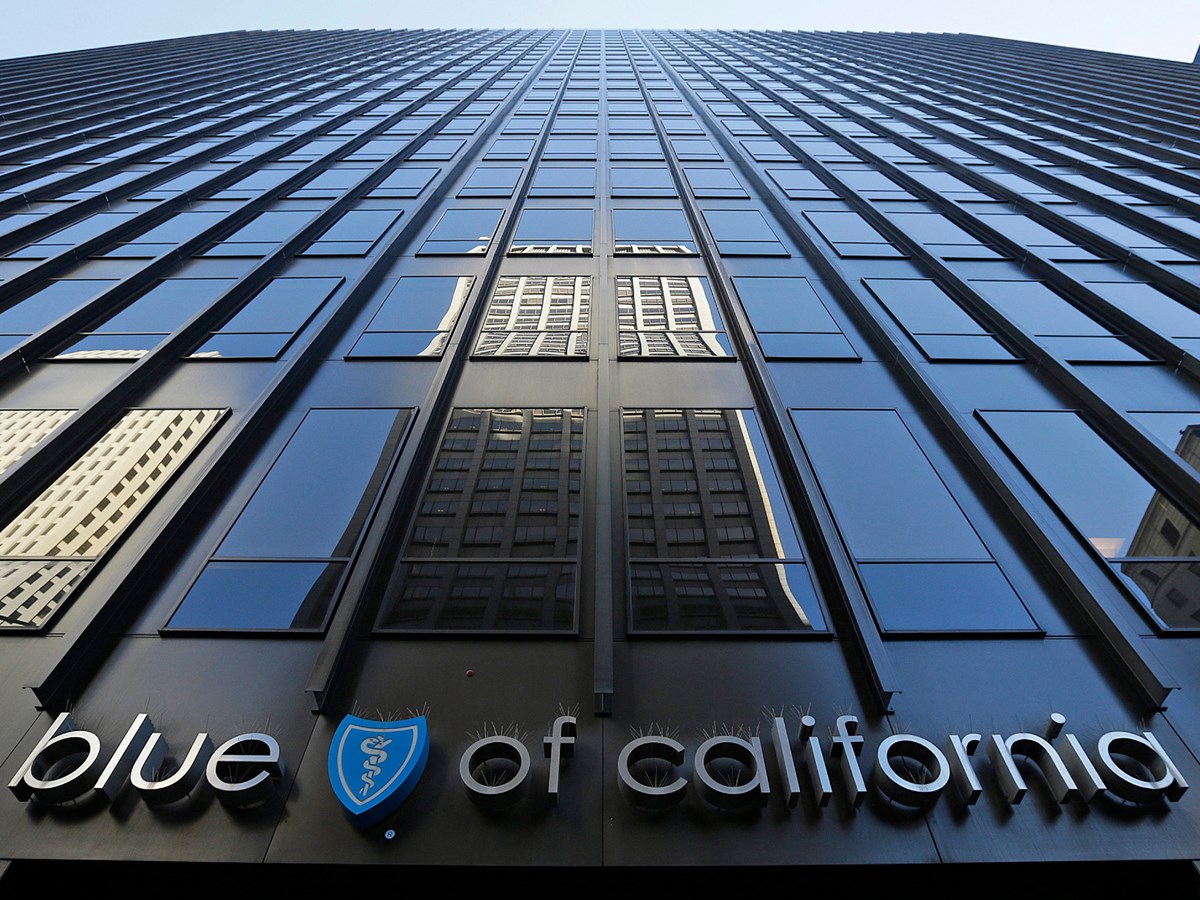 In this April 8, 2015, file photo, is the headquarters building of Blue Shield of California in San Francisco.

The young, business-friendly Democrat had exploded onto the national scene the year before by issuing same-sex marriage licenses in San Francisco, and he was pushing his next big idea, called Project Homeless Connect. The initiative would host bazaar-style events in neighborhoods across the city, linking homeless people to services like food assistance and health care.

Newsom needed financial support from businesses, and Blue Shield answered with a $25,000 contribution.

Over the next 16 years, as Newsom’s political career flourished, the health insurance behemoth became one of his most generous and trusted supporters. It contributed nearly $23 million to Newsom’s campaigns and special causes, according to a California Healthline analysis of political and charitable contributions. Of that, nearly 90% has funded the homelessness initiatives that critics and allies say are dearest to Newsom’s heart.

Newsom, elected governor in 2018, in turn has rewarded Blue Shield and its executives with positions of power during the coronavirus pandemic, which has claimed nearly 56,000 Californians’ lives.

Facing mounting criticism early this year over the chaotic covid-19 vaccination rollout and a growing recall effort to remove him from office, Newsom gave the insurer a $15 million, no-bid contract to take over California’s life-or-death effort to quickly vaccinate its 40 million residents. Last spring, Newsom also enlisted Blue Shield’s CEO, Paul Markovich, to help steer the state’s covid testing strategy, another component of the state’s pandemic response that had faltered.

“Blue Shield responded early and responded often,” and it was among the first to invest in Newsom’s controversial homelessness ideas, said Philip Mangano, who led homelessness policy under former President George W. Bush and now informally advises Newsom. “Gavin understood they could be depended on over the years.”

But Newsom’s decision to rely on Blue Shield is backfiring. A growing number of public health officials and lawmakers say Blue Shield isn’t the right choice to coordinate the state’s vaccine distribution. And California’s counties, which are implementing the state’s coronavirus response, simply refuse to sign on with the insurer.

Newsom’s political future now hinges, in part, on how quickly Blue Shield — which is still charged with leading how vaccines are allocated — can get shots into Californians’ arms. The Republican-driven recall campaign slams him for his response to the pandemic and for violating his own public health recommendations when he dined last fall at the exclusive French Laundry restaurant in Napa Valley with people from outside his household.

Recall organizers say they have submitted 2.1 million signatures, and county election officials have until April 29 to certify that at least 1.5 million are valid in order for the state to set a recall election this fall.

Newsom did not respond to interview requests.

Blue Shield, which has already contributed $269,000 to a political account that Newsom could tap to fight a recall election, also declined multiple interview requests. But in an email, spokesperson Don Campbell said the Oakland-based company regularly supports candidates who share its mission of improving health care access and affordability.

“There is no financial or other benefit being bestowed upon, or accrued by, Blue Shield,” Campbell said. “Blue Shield was asked by the state to help with vaccines. Our reward is to help save lives.”

Blue Shield isn’t alone in donating to the governor and his projects. Other interest groups have given more, such as Silicon Valley’s Facebook and the health care giant Kaiser Permanente, which covers about one-quarter of the state’s population. (KHN is not affiliated with Kaiser Permanente.)

Kaiser Permanente is advising Blue Shield on vaccine distribution and has a special agreement with the state to vaccinate Californians — including patients outside its system. Kaiser Permanente also invested in homelessness projects in San Francisco after Newsom got them off the ground, and twice last year responded to Newsom’s pleas for corporate dollars to combat the state’s toughest crises: It gave $25 million to a state homelessness fund set up by Newsom and $9.75 million to an immigrant covid relief fund.

But unlike Blue Shield, which gave $20 million to the homelessness fund, Kaiser Permanente has never donated to Newsom as a political candidate, according to local and state campaign records. Blue Shield has given to Newsom in every elected office he has held over the past 20 years.

“That’s how the game works. It’s just about standard influence peddling,” said David McCuan, a Sonoma State University political scientist. “What’s different here is the degree, or the depth of what [Blue Shield] has done under this governor.”

Over time, the company has funded Newsom and his policy initiatives in a way it hasn’t contributed to other politicians at the local or state level, records show, helping elevate him to higher office.

Blue Shield wrote its first check to Newsom for $500 in 2002, when the company was based in San Francisco and he was a city supervisor pushing an ambitious social welfare agenda to help both poor people and businesses that were growing impatient with the explosion of homeless people sleeping in front of their establishments and crowding hospital emergency rooms. It was Blue Shield’s only donation to a local political race in California that year, according to records with the secretary of state’s office.

After he had ascended to the mayor’s office, 14 of Blue Shield’s top executives, including Markovich, contributed a combined $5,150 — on a single day, Aug. 22, 2007 — according to campaign statements filed with the San Francisco Ethics Commission. The company’s contributions continued when he served as lieutenant governor from 2011 to 2019.

But the company’s investment in Newsom soared during the 2018 gubernatorial race. Blue Shield and its executives contributed $71,550 to Newsom’s campaign, and the company partnered with powerful labor unions to form a special committee that allowed them to spend unlimited amounts of money on Newsom’s behalf. Blue Shield chipped in nearly $1 million to that effort, and also gave $1 million to a committee formed by health industry groups to defeat one of Newsom’s primary opponents, then-state treasurer John Chiang.

After Newsom won the election, Blue Shield contributed $100,000 to his inauguration celebration and cut a $50,000 check in his name to a charity supporting firefighters.

With Newsom in office, Blue Shield focused on again giving to the governor’s deepest passion: homelessness. In January 2020, the same month Newsom promised to dedicate unprecedented resources to combating homelessness, Blue Shield announced its $20 million donation to his homelessness fund, which later transformed into “Project Homekey.” That initiative is intended to finance the conversion of more than 6,000 hotel rooms across the state into housing units.

“No one sector can solve the homelessness crisis alone,” Blue Shield quoted Newsom as saying in its Jan. 17, 2020, press release announcing its donation. “It’s our collective responsibility to meet this moment with bold action and intentional leadership — and that’s exactly what Blue Shield’s leadership is doing.”

Behind the scenes in our meeting with @BlueShieldCA CEO Paul Markovich. We cannot solve our homelessness crisis alone in California, and we are so thrilled for Blue Shield's $20mm investment in our statewide homelessness fund. #CaliforniaForAll @CAgovernor @GavinNewsom pic.twitter.com/Ug6AdneFBw

The donation to Project Homekey came shortly before covid derailed Newsom’s sweeping health and homelessness agenda. But Newsom’s confidants say the relationship he forged with Blue Shield assured him that the company could quickly turn around the state’s troubled vaccination program.

“Because of their early investment, there was a level of trust — I would even say camaraderie — established going forward,” Mangano said. “Blue Shield took a risk way back when Gavin was becoming mayor. There are other organizations like Kaiser Permanente who have since staked out positions in support, but they weren’t there early and they weren’t the ones taking the greatest risk.”

When Newsom announced that Blue Shield would take over California’s vaccine distribution, he emphasized the job would be in the hands of a nonprofit with an expansive provider network equipped to quickly get vaccines into arms. While it remains a nonprofit, the state stripped Blue Shield of its tax-exempt status in 2014, alleging it operated much like a for-profit insurance company.

The insurer, which covers about 4 million Californians, took in $21 billion in revenue in 2019, the most recent year for which data is available, with net income of slightly more than $573 million. The same year, it paid Markovich $7.5 million, plus benefits.

The National Committee for Quality Assurance has given Blue Shield a poor rating for efficient patient care. And on the chief job Newsom is asking it to do — getting vaccines to patients — Blue Shield is average, ranking 3 out of 5 in the national ranking on flu shots.

No other state appears to have delegated the vaccination job to an insurer, said Dr. Georges Benjamin, executive director of the American Public Health Association. And because counties refuse to contract with Blue Shield, the Newsom administration is scrambling to give counties the option to work with the state government instead.

A growing number of state and local lawmakers are calling the deal a waste of taxpayer money.

“I don’t think having Blue Shield step in is going to get teachers vaccinated any quicker. I don’t think it’s going to get the 70-year-old Black folks vaccinated any quicker,” said state Sen. Sydney Kamlager (D-Los Angeles), adding that she has “more faith” in her local public health experts than in Blue Shield. “And they’re not doing it for free.”

Newsom has insisted that the insurer won’t be allowed to profit.

But critics of the deal argue that even though Blue Shield isn’t technically allowed to make money off vaccinating Californians, the company stands to gain enormous prestige.

Since taking over the program on March 1, Markovich has appeared in press conferences and the company has produced slick advertising urging Californians to get vaccinated. In one ad, viewers are left with the image of the company’s blue logo on a black screen.

“This is not about making money. This is about the marketing opportunity it represents. It’s huge,” said Michael Johnson, a Blue Shield whistleblower who left his post as director of public policy in 2015. “The reason Blue Shield has been selected for this is not because of its capabilities, but because of its relationship with Newsom.”

Additionally, Blue Shield has given large contributions to a ballot measure account run by the governor called “Newsom’s Ballot Measure Committee,” which can accept unlimited amounts of money. Those contributions can be found on the California secretary of state’s website. And Blue Shield made sizable contributions, known as “independent expenditures,” to two ballot measure committees that benefited Newsom’s 2018 gubernatorial bid. One, “Newsom for Governor 2018, Sponsored by Labor Organizations and Blue Shield of California,” was also supported by the Service Employees International Union and teachers, police and firefighters unions. The other, “Chiang for Governor 2018; Health Care Providers for Fiscal Accountability Opposed to John,” also received contributions from the California Medical Association and California Dental Association.

Charitable contributions: Blue Shield and Kaiser Permanente have made “behested payments,” which are donations to charities and other nonprofit organizations in elected officials’ names. Blue Shield gave in Newsom’s name to “Project Homeless Connect” while he was mayor and “Project Homekey” as governor.