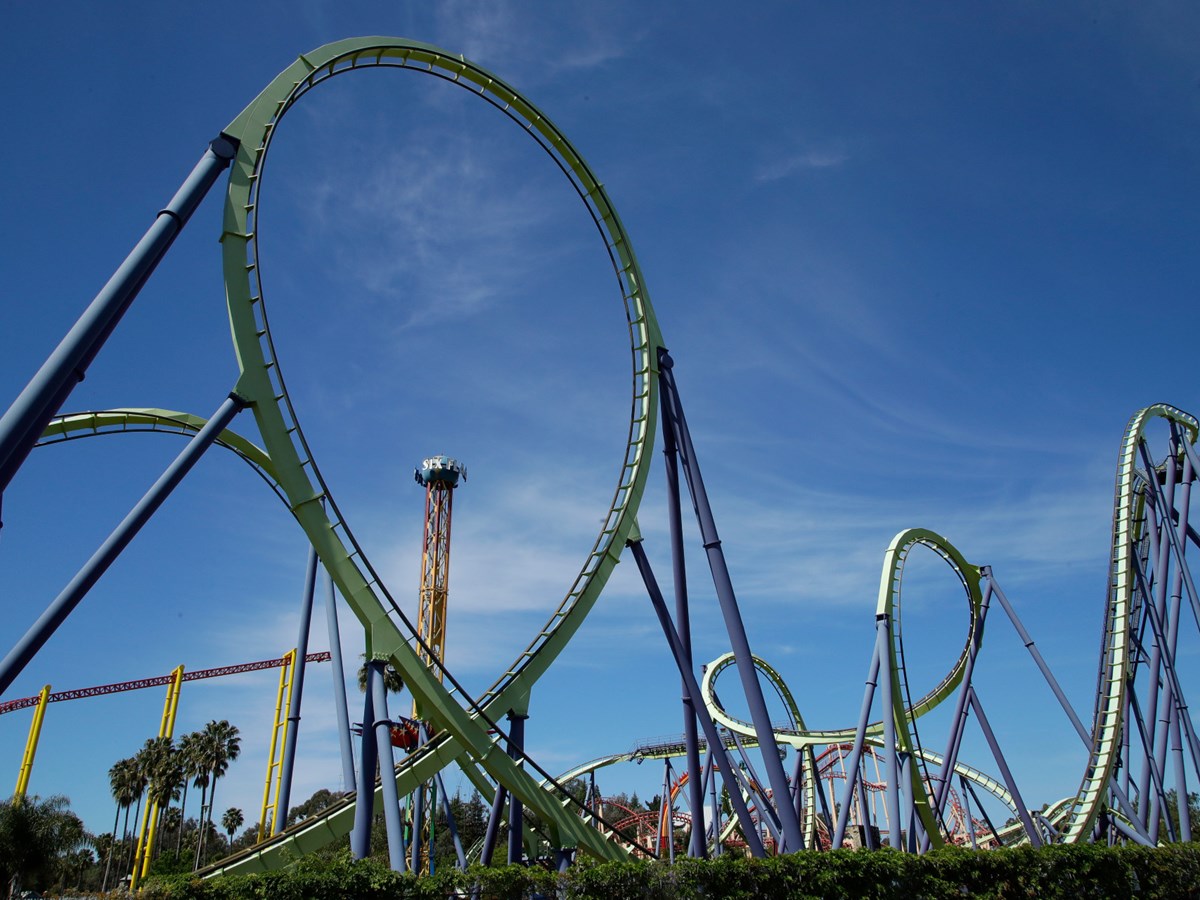 Californians may soon be able to return to outdoor ballparks, stadiums and theme parks as soon as next month under new guidelines announced Friday by state health officials.

The new rules would allow outdoor sports and live performances to resume and amusement parks to  reopen starting April 1, with limitations based on the county's tier. All attendees must be masked.

Sports and performances will be limited to 100 people for counties in the purple tier, and attendees must have a reservation and be from the surrounding region. That increases to 20% capacity for the red tier, 33% in the orange tier, and 67% in the yellow tier. Even in the less-restrictive tiers, attendees are restricted to in-state visitors.

Amusement parks can reopen in counties in the red tier, but  at 15% capacity. That increases to  25% in the orange tier and 35% in the yellow. Only in-state visitors are allowed.

Though the state’s travel advisory is still in place, encouraging people to stay within 120 miles of their homes, it's a rule that state health officials admit that will be difficult to enforce.

Gov. Gavin Newsom and state officials have been hinting at easing restrictions this week. Newsom said Wednesday that he was working "very closely" with Major League Baseball to allow fans in the stands when the season starts this spring.

While more than 87% of Californians are still under the most-restrictive purple tier, more counties have been able to ease restrictions as case counts decline and vaccinations increase. The state is also relaxing rules that allow counties to move into the less stringent tiers by  tying reopening to equitable COVID-19 vaccination rates.

The state has seen an average of 4,707 new COVID-19 cases per day over the past week, down from more than 40,000 a day during the peak of the winter surge. Hospitalizations are also down, with around 4,449 COVID-19 patients statewide. Capacity inside intensive care units has risen above 15% in all areas of the state since the end of the regional stay-at-home order.

Still, around 300 Californians are dying from the virus each day. More than 53,464 people in California have died from COVID-19 since the start of the pandemic.

And while the state has increased its rollout of COVID-19 vaccines, there are growing disparities between the people receiving doses and those communities most at-risk, especially Black and Latino Californians who have been hardest-hit by the virus.

This week the state pledged to set aside 40% of its vaccine supply for areas in the lowest 25% of the Health Places Index, which assesses Census tracts based on measures related to the health and socio-economic condition of residents. Many of those areas are in poorer neighborhoods in Los Angeles and the Central Valley. 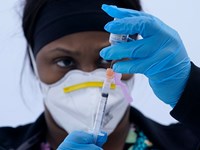 When 2 million residents in those neighborhoods are vaccinated, which officials estimate could be within two weeks, the state will loosen requirements for the tier system. The threshold for entering the red tier will move from seven cases per 100,000 residents to 10 cases, which could mean more counties being able to loosen restrictions soon.

So far, officials say less than 20% of residents vaccinated in the state are from areas that have bore the brunt of the pandemic.

California issued its first statewide stay-at-home order nearly one year ago on March 19, 2020, though some businesses and venues shut down earlier. Disneyland shut its doors March 14, with a report from October estimated the theme park had lost more than $2 billion revenue during the closure.

Since the initial stay-at-home order California has moved back and forth through stages, phases and tiers, loosening and tightening restrictions. The shifting and often unclear requirements have led to criticism, lawsuits and outright defiance from residents and businesses affected by the closures.

The Supreme Court ruled against the state last month, saying it couldn't continue a ban on indoor church services. The California Restaurant Association has filed lawsuits attempting to end restrictions, though a state appeals court upheld a Los Angeles County ban on outdoor dining this week, despite the ban longer being in effect. Also this week, the state settled a lawsuit brought by high school athletes that will allow sports to resume statewide.