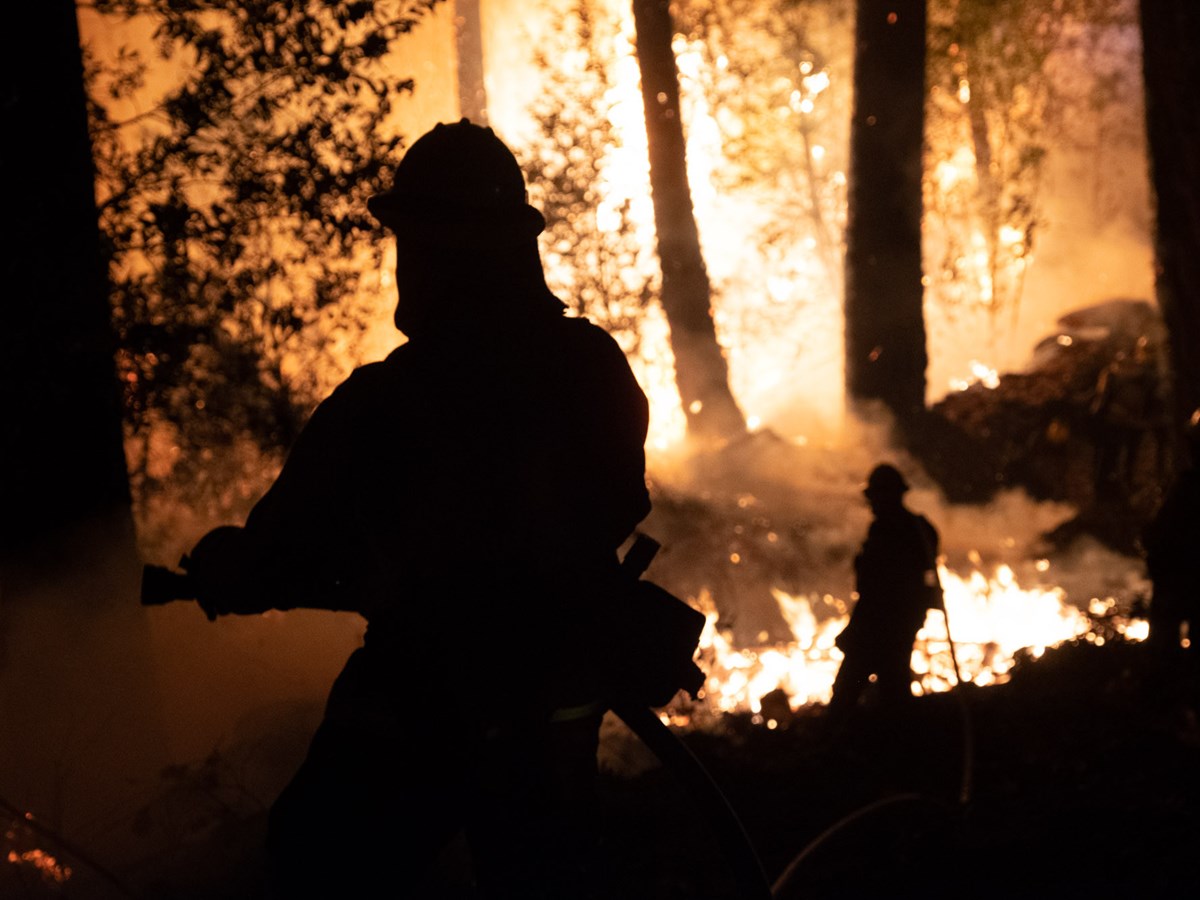 NOTE: This story will be updated as major events occur within the life of a bill. That could include becoming law, failing or facing major setbacks. Want to follow a bill from introduction to results? Here’s what I suggest: use the site California Legislative Information. You can search by keyword, bill number and even set up alerts when actions are made.

Also, if you find yourself passionate about a bill and have a comment, I encourage you to reach out to the author of the bill (find out who your state representatives are here) or attend committee hearings in person or virtually where the public is given time to comment. You find out when and where committee hearings are through the California Legislative Information site for the bill you are interested in. They usually occur in spring or early summer.

For the first time in a very long time the amount of acreage that burned across all sorts of California ecosystems — 4.1 million acres in 2020 — nearly matched how much burned historically in the state.

The ongoing threat that wildfires pose for people that live across the Golden State has pushed lawmakers to introduce a dozen bills so far this legislative session to potentially prevent the wildfire crisis from getting worse.

California’s wildfire crisis has resulted from humans who have caused more than a century of fire suppression in the West, economies around the globe that are causing warming temperatures and because so many people live in California. When a blaze ignites anywhere in California, there’s often so much immediate risk to human health, property and livelihoods.

The bills provide a framework for creating wildfire prevention strategies, but they also include big ideas like banning all new development in areas of the state prone to wildfires.

The ideas in the Legislature stand alongside Gov. Gavin Newsom’s recent proposal to invest a billion dollars into wildfire prevention in the next year and a half. This is a big deal because around $230 million was spent by the state on fire prevention in the 2020-21 fiscal year. But it’s also a drop in the bucket in preventing fires from getting out of hand in California. Environmental groups called for between $2 and $5 billion to be invested in fire prevention.

State Sen. Henry Stern, (D-Los Angeles), says too often there’s a disconnect between what Californinans are experiencing and lawmakers who are creating policies to help residents.

“[Wildfires] are not just seen as sort of a rural issue or a hillsides issue, or suburban privileged issue, but as an equity issue,” he said. “I think the public is there ... It's more getting the politics of Sacramento straight. I think we're having trouble with that. People are ready.”

He says it’s the role of the legislature to now figure out ways to close that gap all while facing a pandemic and an ever-looming climate crisis.

Kelly Martin, retired chief of fire and aviation at Yosemite National Park, says it’s time to put the political and social pressure on lawmakers by demanding action from elected officials who control the purse strings of the state.

“The greater need is to really think about the economic impacts if we don't do anything, if we don't move in a direction of using more prescribed fire,” Martin said.

Here's a closer look at some of the proposal lawmakers have to address different aspects of wildfires in California.

Preventing wildfires is perhaps the loudest cry of the bills in the legislature this session. Bills like AB 9, SB 45, SB 63 and AB 52 are all overarching pieces of legislation that give lawmakers room to create ideas around wildfire prevention. This includes:

Assemblymember Jim Wood (D-Santa Rosa) says AB-9 doesn’t have a lot of teeth at the moment. It's currently a piece of legislation that may help enact subsequent bills that could then have the potential to prevent and reduce the impact of wildfire. It’s a bill meant to start a larger conversation about wildfire prevention during the legislative session and may result in a suite of bills centered around reducing wildfire risk.

“We’ve all seen, many of us firsthand, the devastation and havoc these wildfires have caused to people and communities and we must do everything we can to prevent future tragedies,” he said.

Another bill — SB 63, authored by Sen. Stern— would create a fire resiliency corps and give grants to help people harden their homes against wildfires.

Wildfires across the state are so devastating because they are burning more and more often in places where people live. That’s something that lawmakers want to tackle this legislative session by requiring cities and counties to create fire safety standards prior to permitting development in very high fire risk areas (SB 12). Another bill would prohibit new housing construction in wildfire-prone areas (SB 55) and a third would help prioritize vegetation management projects based on information from the Department of Insurance, including  non-renewal data on policies of residential insurance (SB 72).

Perhaps the boldest of the bills, SB-55, deals with a potential outright ban of all new development in fire-prone parts of the state. It’s author, Sen. Stern knows it’s a bold move and is aware that it will initially frustrate developers.

“It literally is a moratorium on new development in very high fire-severity zones” he said. “I'm trying to jumpstart a conversation and maybe take a little bit of a radical position out the gates just to propose something, at least, people will understand … I don't think we should be building as much into the fire zone. So, this would be a hard stop.”

His idea is to get developers and the state to start thinking critically about how future communities will be built across the state.

In response to the recent devastating wildfire seasons, a group of state lawmakers say agricultural workers need to have a designated supply of face masks to protect them from the smoke of mega-blazes.

“We want to ensure that agriculture has the resources, especially when we're asking them to have the ability to provide their workers with the appropriate face coverings in the event of a wildfire,” he said.

The bill would allow the California attorney general and local district attorneys to bring actions, like fines, against owners of electrical transmission lines that have not maintained cleared vegetation around electrical poles and lines.

The bill would impose a $100,000 fine for each violation of not clearing electrical lines in mountain areas. It would also create a $1,000 fine for each acre of fire burned in fires started by their equipment. Fines would be deposited in the newly created “Utility Accountability and Wildfire Prevention Fund',' with 50% going to the state or the county that brought the action and 50% going to Cal Fire. The funds would need to be used for forest management, fire planning, wildfire prevention and suppression, and fire-related enforcement activities.

“Our deadliest fire, the Camp Fire in 2018, was caused by malfunctioning equipment that sparked overgrown vegetation,” said Bauer-Kahn. “This type of carnage is avoidable by proper, routine maintenance and abatement. By allowing local authorities to hold companies accountable when they are out of compliance, we can work to keep our communities safer.”