Supporters of President Donald Trump came to Carson City for back-to-back rallies over the weekend marked by threats of violence and conspiratorial thinking.

Many of them held signs saying “Stop the Steal” — a recent protest slogan that emerged following Trump’s unfounded claims of widespread voter fraud.

And a gang of Proud Boys — who belong to a misogynist, white nationalist organization that encourages members to engage in violence — roamed up and down the street, trying to start fights with a small crowd of Black Lives Matter counter-protesters and those they suspected of being antifascists.

Anthony, a Carson City man who declined to give his last name, told CapRadio on Saturday that he believes Nevada’s majority mail-in election opened the door for voters to cheat. He gave no evidence to support his claims.

Election officials have said the process of voting by mail is secure and that Nevada has successfully allowed for mail-in ballots for years, but Anthony believes the results have been tainted and should be completely nullified.

“I feel that we should redo the election and just do it on Jan. 1,” he said.

The date of the election is not defined in the Constitution itself. But the Electoral College is required to vote on the first Monday after the second Wednesday in December, according to law. This year, that date falls on Dec. 14.

To Anthony, the rancorous election reflects deeper problems in the United States.

“I think we’re already in somewhat of a culture war or a civil war. It’s a cold civil war, if you would call it that,” he said.

The mood on Sunday was more subdued — possibly due to heavy snow the night before and daytime highs in the thirties.

Josh Groth said he didn’t attend Saturday’s event, but came on Sunday to check out the scene. He’s a Trump supporter, but said he respects the outcome of the election.

“I don’t like Biden, I don’t support his policies,” he said. “He’s now the president, and I hope that he’s successful. Because if he’s not successful, we as Americans are not successful.” 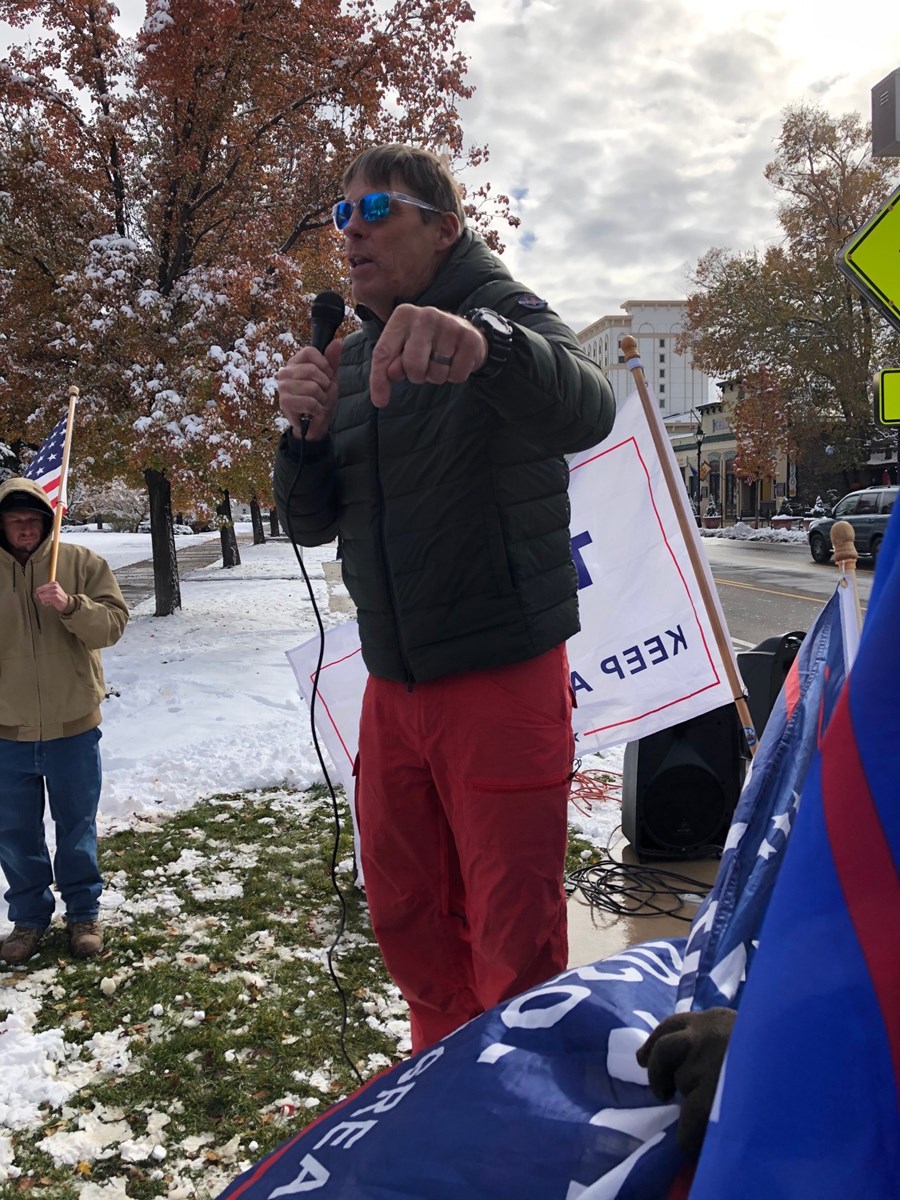 Groth said he has been dismayed by the divisiveness and conflict over the last few years. As a soldier in the U.S. Army, his concern is for the wellbeing of the whole country.

His father, Jim Groth, helped organize Sunday’s event and struck a different tone than his son. The elder Groth told attendees the three branches of government would not protect their interests anymore.

“I believe we’re cooked. I believe we’re done with that,” he said. “I do not believe we have the numbers to have the right ever win again. So I’ll let you draw your own conclusions about where I’m going with that.”