What We Know About Nevada Election Results 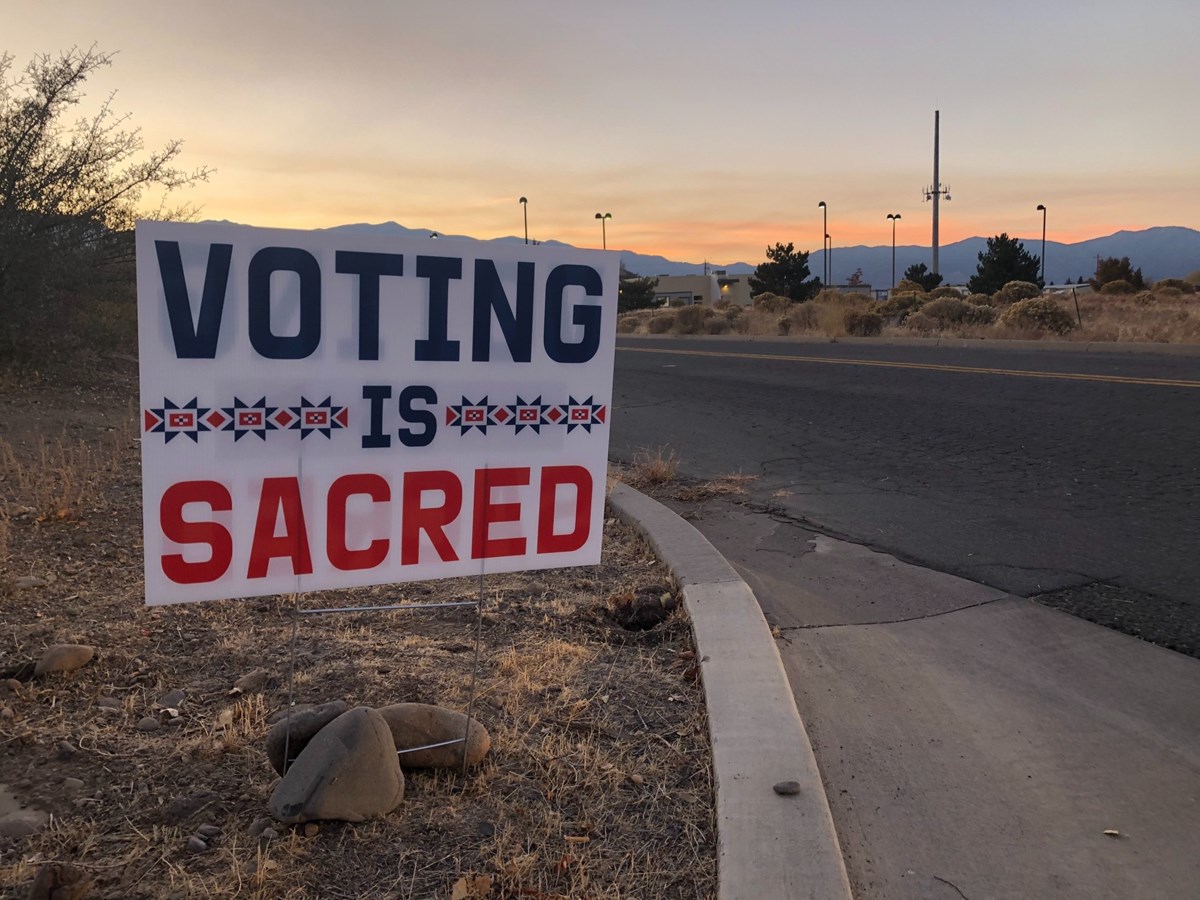 A sign outside the polling site on the Washoe Tribe’s reservation in Gardnerville, Nevada.

In an election where more voters had cast their ballots before Election Day than participated in the 2016 race, Nevada voters showed up in large numbers despite the COVID-19 pandemic and the potential for voter intimidation.

“That’s a great number for Election Day,” she said.

Numbers were high for individual polling locations, too.

Bethany Sam, public relations officer for the Reno-Sparks Indian Colony (RSIC), said the polling location operated on the reservation near downtown Reno had seen more than 1,000 voters over the course of the day.

RSIC also operated a second voting location in tribal lands near Sparks. Both were open to any registered voter in the state, not just tribal citizens. But Sam said RSIC was focused on increasing turnout among Native Americans.

“Our goal is to inspire Washoe County Native voters to vote and achieve the highest Native voter turnout in Nevada history,” she said. “This is a way for us to promote recognition at the federal level.”

“I’ve spoken with the sheriff’s office, they did not respond to any locations for reported voter intimidation or any other issues,” he said.

Voting also went smoothly at a polling location on the Washoe Tribe of Nevada and California reservation near Gardnerville, Nevada.

Deonn John is an organizer with the Nevada Native Vote Project. She was at the polling location to assist with get-out-the-vote efforts in tribal communities.

John said she hadn’t seen any evidence of intimidation — or any other real problems.

“What we’ve seen and what I’ve heard, it’s been very positive,” she said. “And things that have been any kind of negative has been corrected fairly quick.”

John and other organizers with the project were on hand to give t-shirts, face masks, sno-cones and catered food from a local barbecue restaurant to voters who showed up.

“That’s amazing to think about how much power the Native vote could have,” she said.

Andrea Big Goose was there to cast her ballot in person. She said she votes in every election, but this time around she felt extra pressure.

“I felt that it was more important for me to vote this time,” she said. “We need to get rid of Trump.”

Meanwhile, first-time voter Xante Smokey was excited to cast her ballot. She’s 21, but said she wasn’t registered to vote during previous elections. She believes it’s important for young people to set an example for their peers at the ballot box.

Difficulties at some Clark County polling locations led to delays in the reporting of statewide results. Polls were scheduled to close at 7:00pm, but 30 sites around Las Vegas stayed open an extra hour after Republicans in the state filed an emergency lawsuit.

Late Tuesday night, vote tallies had started to trickle in, with former Vice President Joe Biden gaining an early edge. But official results won’t be available until a seven-day period that allows mail-in ballots postmarked on Election Day to be counted. As of 6:10 a.m. Wednesday morning, the gap has narrowed between both major candidates, both totaling 49% of the vote. Biden is ahead by nearly 8,000 votes.