Sacramento-Area Voters On Why They Voted In-Person In 2020

COVID-19 has changed what voting looks like in California, with more people having the option to vote early and by mail than in previous years.

But even with vote-by-mail ballots sent to every registered California voter, many Sacramento region residents turned up at in-person voting locations on Monday and Tuesday.

Here’s what they had to say about what inspired them to vote this year, how they’re feeling about the election and why they opted to vote in person. 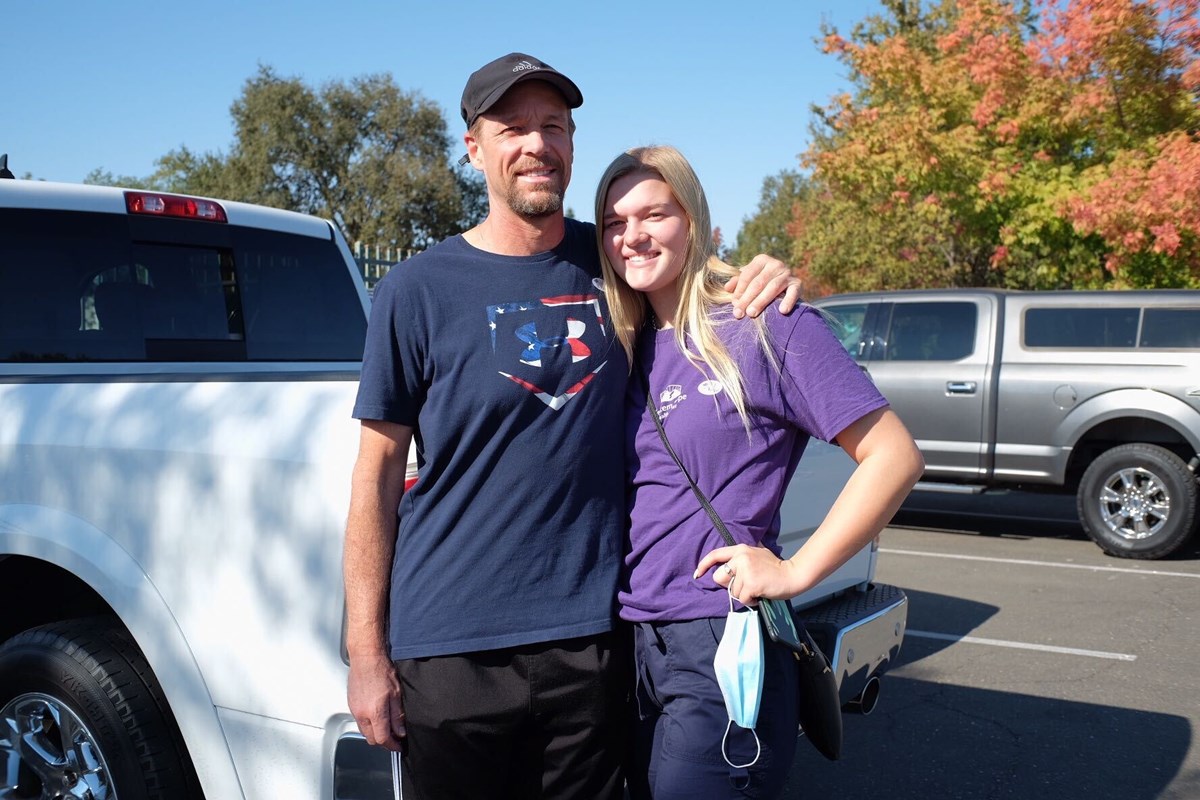 Paul Isaacson and his daughter, Jennifer Isaacson, headed to the Cameron Park Community Center in El Dorado County on Monday, Nov. 2 to cast their ballots early in anticipation of longer wait times on Election Day. This election is the first one that Jennifer has been able to vote in since recently turning 18.

I'm very excited, very excited about it. I believe one way or another, democracy is going to unfold the way it's supposed to unfold. But I think it's just very exciting times because I've never seen so much interest on either side and I've never been so informed in my whole life and I'm 53 years old. I've gotten more informed this year than ever because of some things that have transpired and my passion for them.

I have never been into politics very much, which kind of makes sense because I just turned 18, so I just was able to vote this year. But I'm excited and a little maybe scared, but mainly excited to see how it turns out. 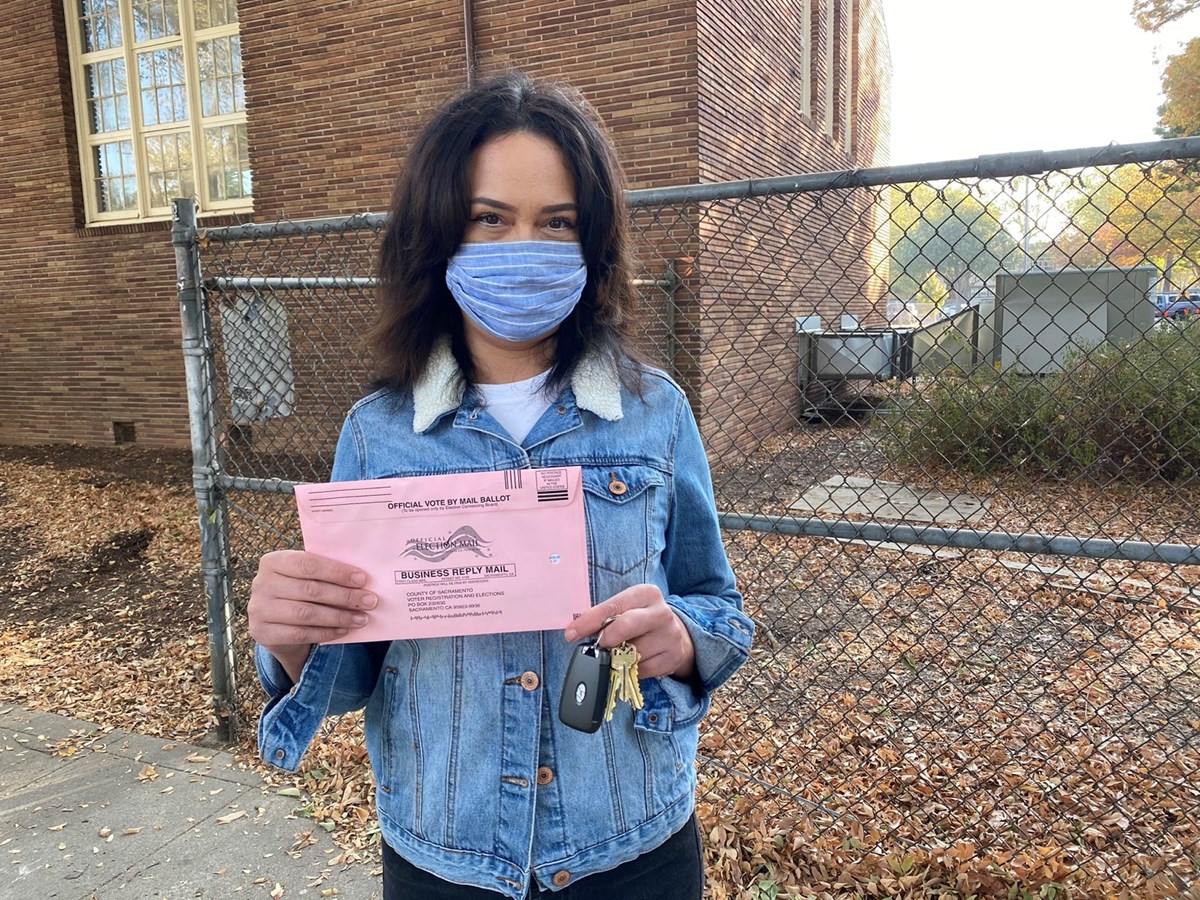 Maria Patino voted in Midtown Sacramento on Tuesday morning. She said she was concerned about her ballot going through if she mailed it, and wanted to drop it off in person.

I'm so nervous. I woke up today almost with anxiety, almost a panic attack … I just hate feeling like, as a brown woman, especially feeling like my voice is not heard anyways, that if Trump wins, what's going to happen? All my women relatives who are older than me, they're really, really, really scared. So that speaks a lot to me if they already have been panicked for several days before this. 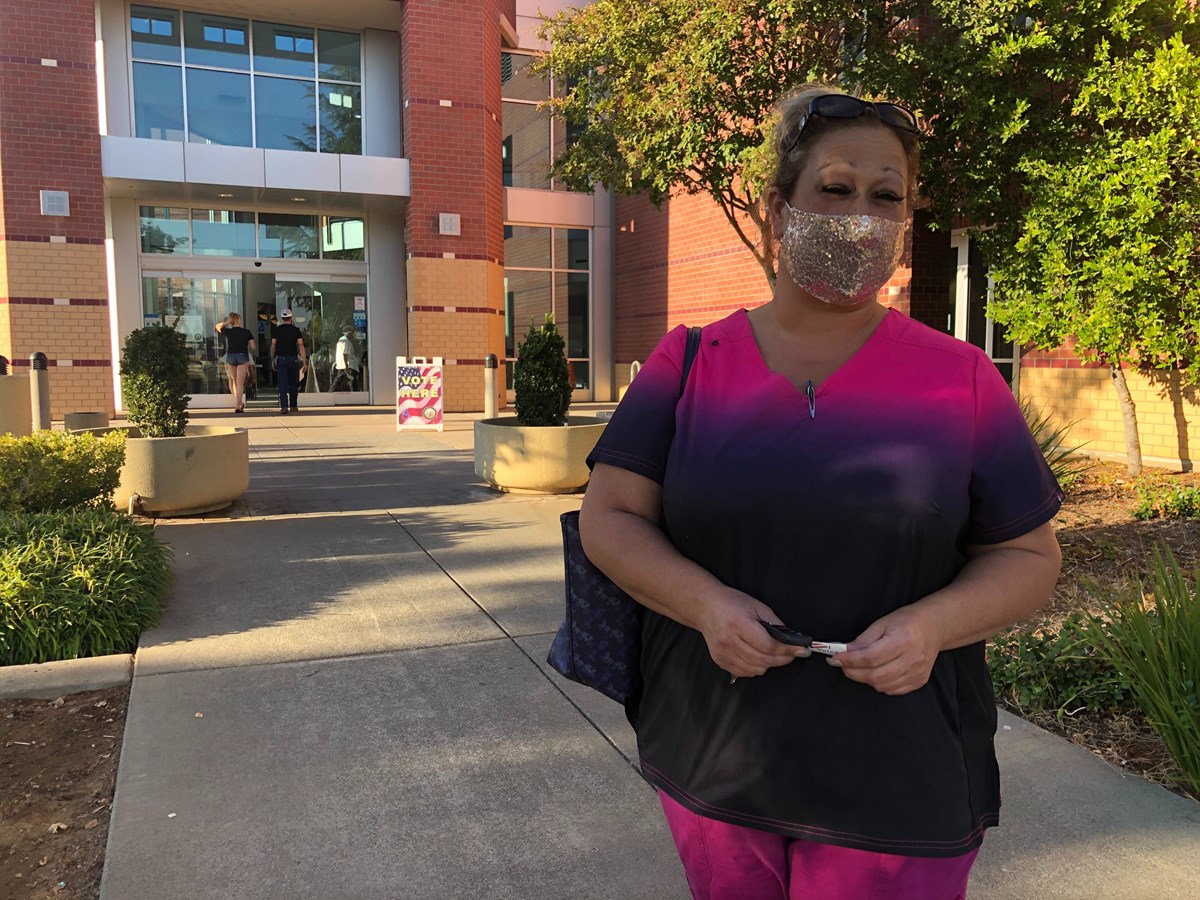 Placer County voter Amber Clendenning said her voting experience was quick and easy, and “no hassle at all.” For her, a concern over what she sees as American values inspired her to vote on Election Day.

Hoping to save our country, I'm voting Trump. Those that are coming behind me, the children and the other generations behind me need to have the America that I grew up in. 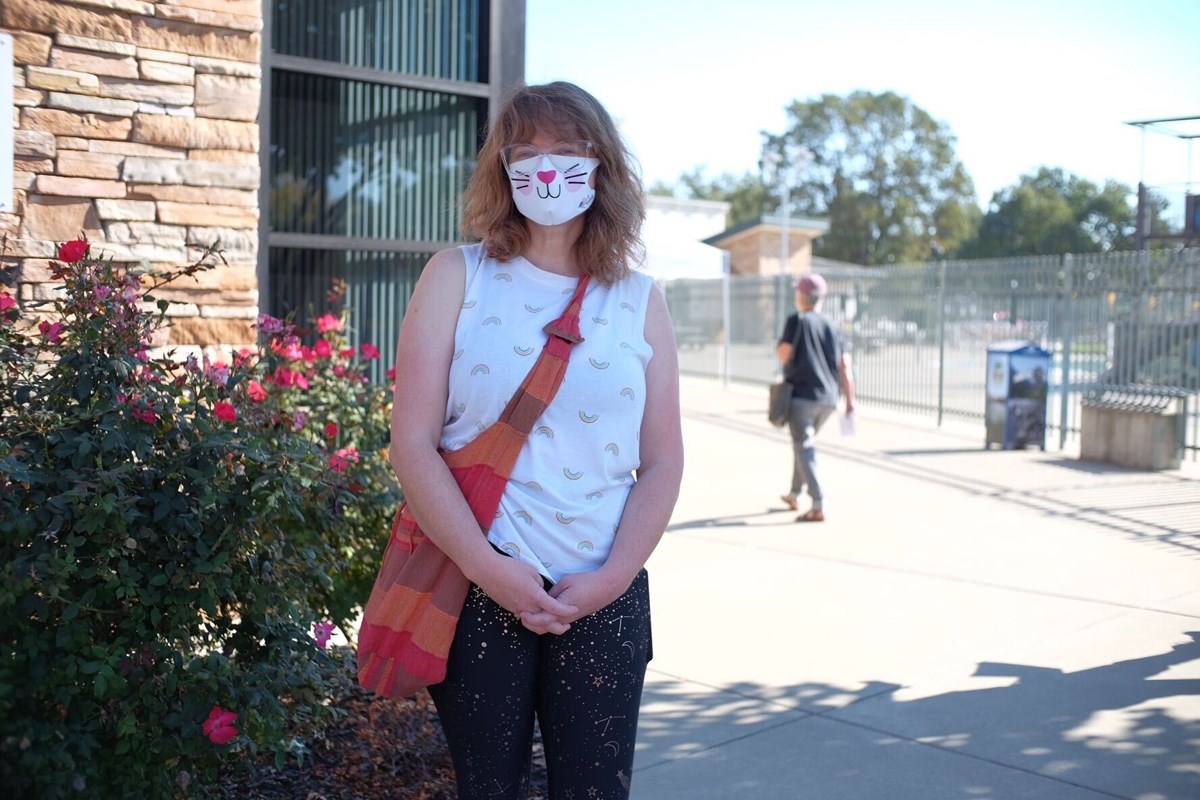 El Dorado County voter Priscilla Keen opted to vote in-person and early because she felt like people of the opposite party from her would be the people voting in-person, and she felt it was important to make sure her viewpoint was heard that way too just in case.

The reason why I voted in person was because the opposite demographic of me, the opposite party, generally will vote in person. And I'm actually afraid that with the s*** show that's gonna be happening in this election that there is going to be a lot of chaos and a lot of misinformation. And I'm afraid that they're only going to take the votes that happened on that day and that's counted on that day ... I'm really afraid of 2000 happening over again. And so I wanted to make sure that there was a counterbalance to that viewpoint.

Editor’s Note: Vote-by-mail ballots that are postmarked by Election Day and received no more than 17 days after Election Day will be counted in California. Read more about voting by mail here. 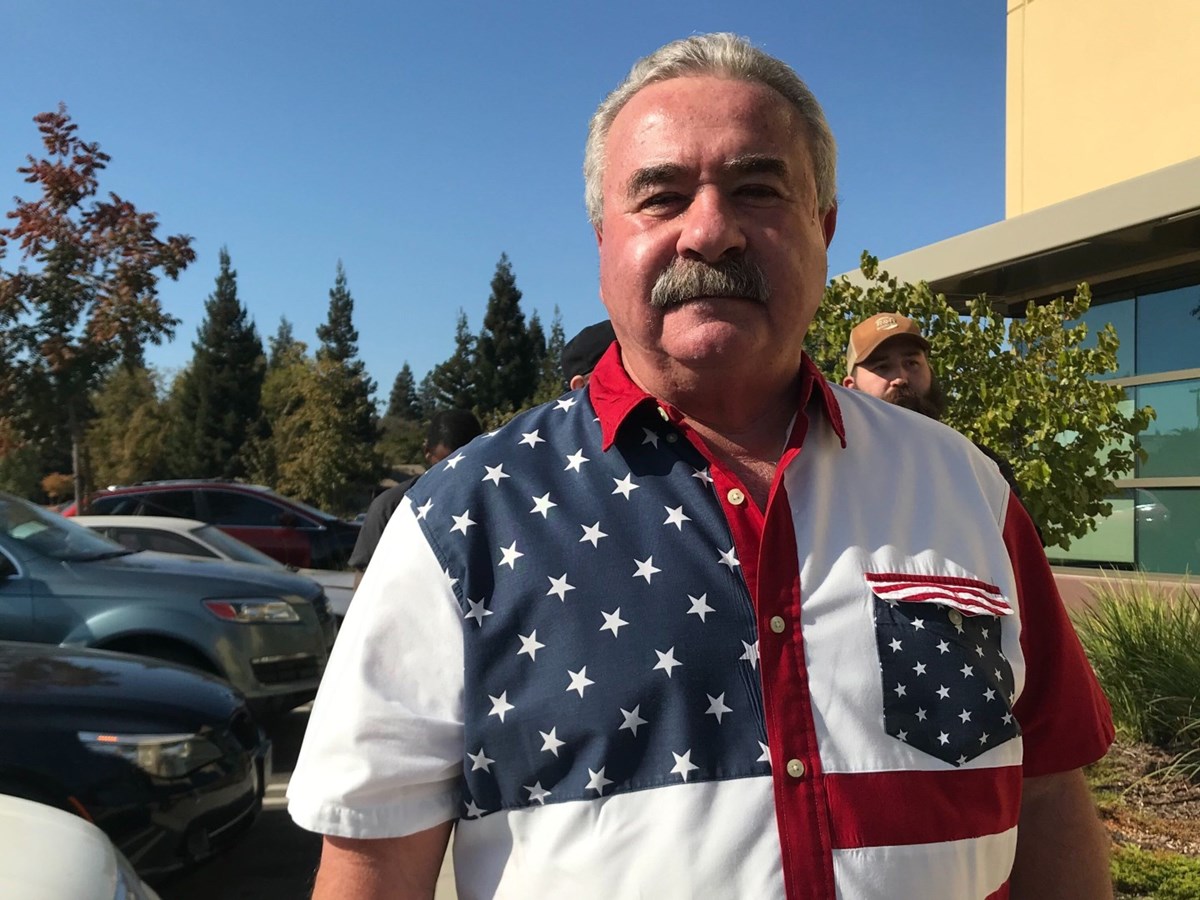 Elmo Banning said he came out to vote Tuesday in Citrus Heights in the hopes of being part of a “big red wave.” For him, the act of casting his vote in-person was very important this year.

I've always voted by mail and I filled it out and I want to run it through the machine personally … I think that people [of] my persuasion vote on the day. I just don't want to take that away. So much has been taken away from us this year. I think that this is one less thing that I'm going to give up. 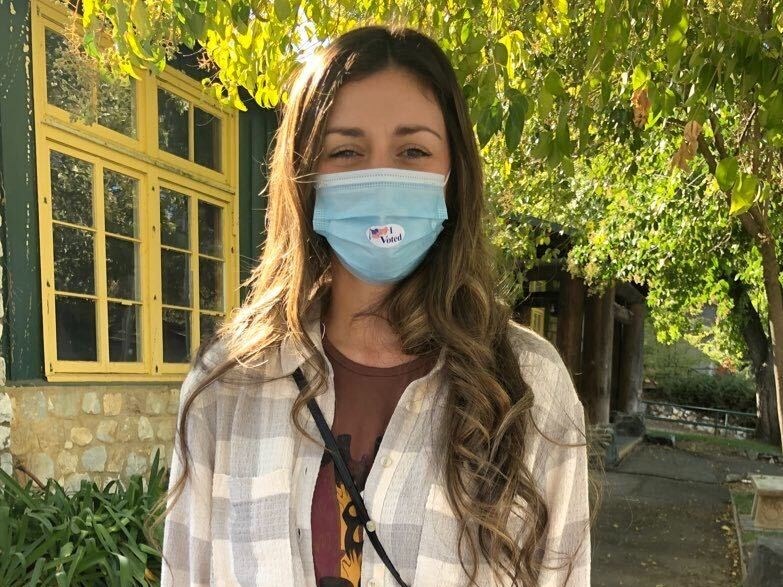 This election has been different for Placer County’s Ali Westbrook. She said for her, it’s not even really about politics this time around.

This is the first election where I've really been invested in the outcome of the results. For me, it's really about just voting for decency. And someone in the White House that's going to lead by example. 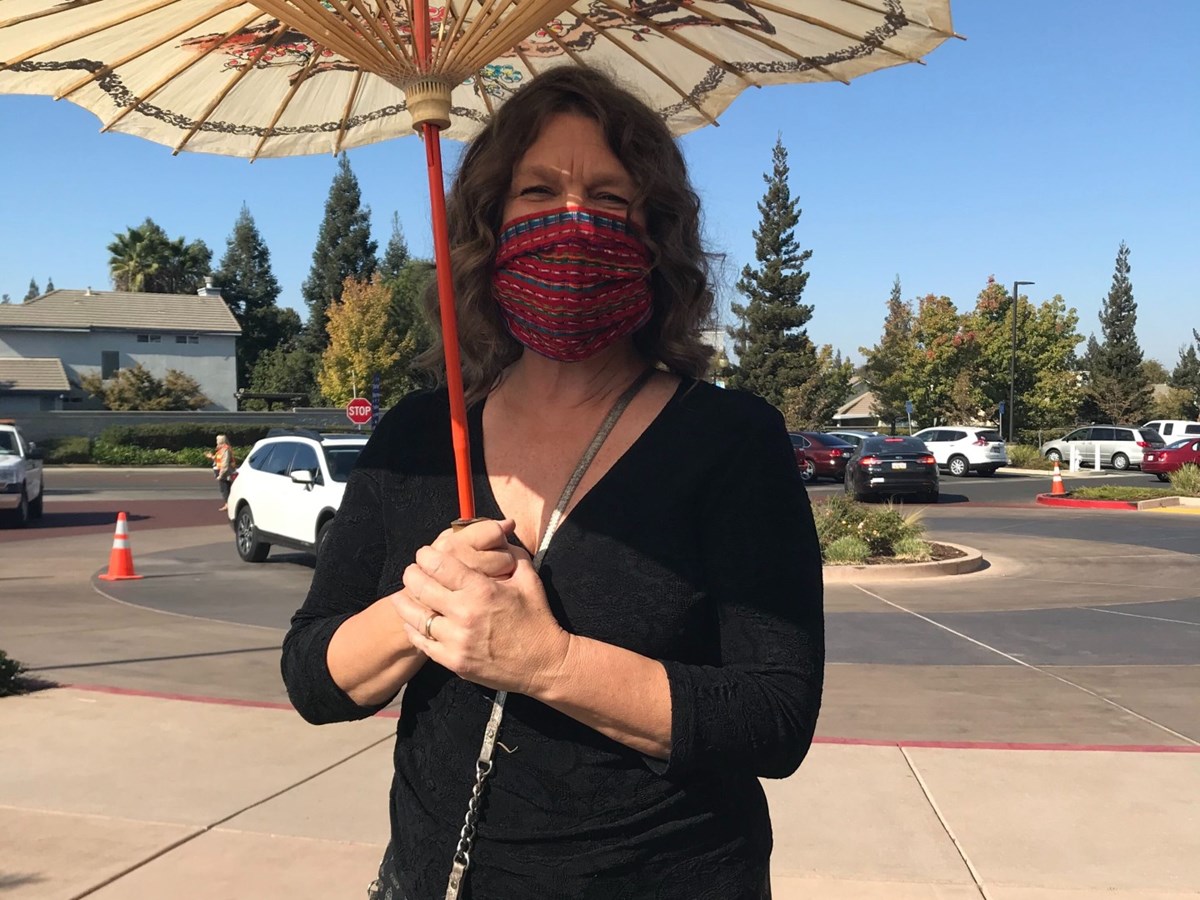 Jenny Johnson headed out to vote in person at Citrus Heights City Hall on Election Day. In the days leading up to the election, this vote center has been one of the most visited centers in the county. Johnson said she was voting in person on Election Day, rather than by mail, because it felt more secure to her.

Because it's our right to come and vote on the things that we feel are of value for ourselves and our families and country and for the people of America. I feel like I know it's getting at least to the poll. I feel safer doing it in person by hand, not on computer.