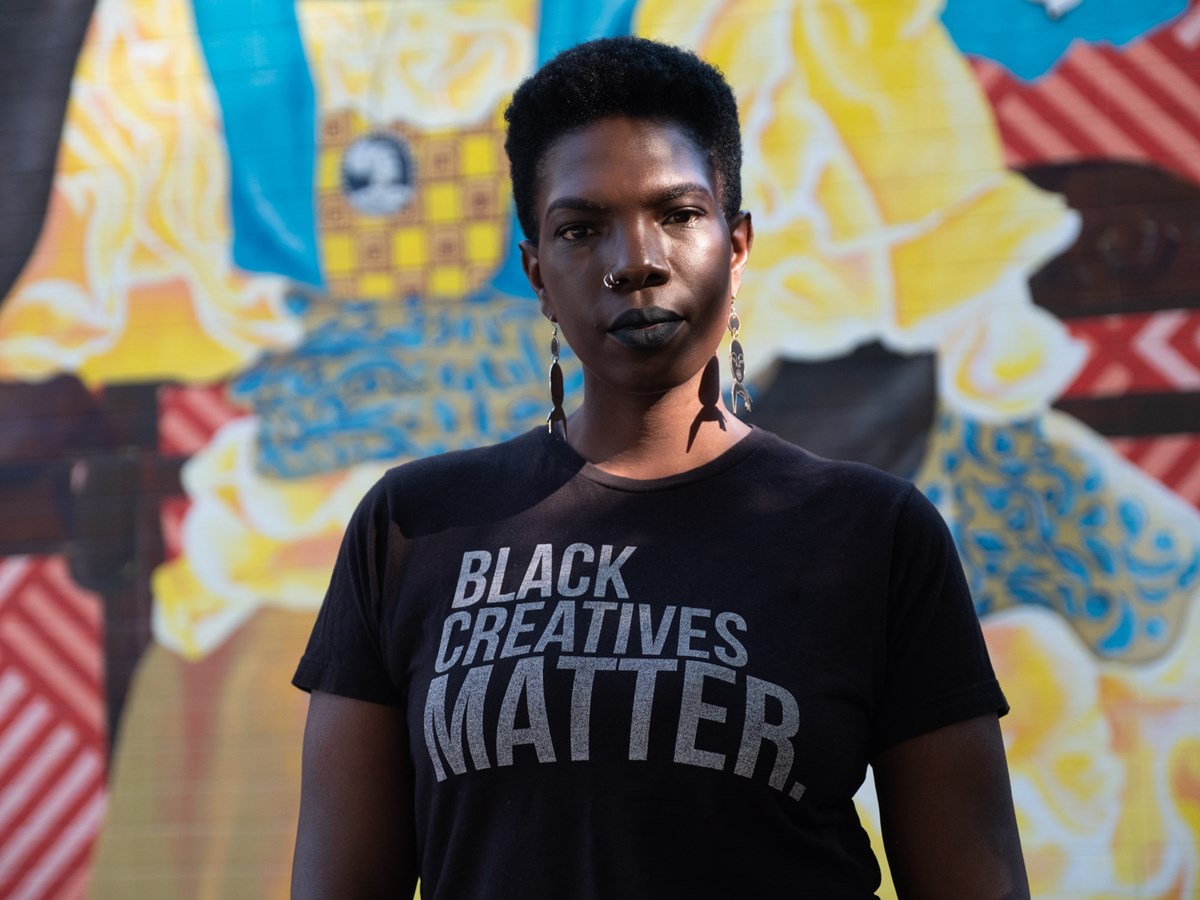 Back in March, Sacramento-based artists Franceska Gamez and Shaun Burner were painting a mural after hours inside a downtown coffee shop. Then came the stay-at-home orders. As two of Sacramento’s busiest artists, they finished the mural — but other commissioned work dried up and planned exhibits were also postponed.

It was during that time when Burner said he weighed some tough decisions, such as whether he should stop making art for steadier construction jobs, or if the two should even continue to rent their art studio.

“There was a moment definitely in the beginning, where we were like, ‘OK, do we even need to continue to pay rent to keep the studio? Do we need to move our stuff back to the house and try to kind of reconfigure what's going on?” Burner said.

In Sacramento, visual artists and stewards are a tenacious community that has always persevered through trying times. They’ve sought grassroots grant programs and other creative means to say afloat — all while facing restrictions and difficulties.

And during the pandemic,  Sacramento’s artistic forces are proving that, even during the bleakest of times, they’re still finding splashes of color, getting by and giving people something beautiful and new to experience.

“Kapwa,” which is Tagalog for “a recognition of shared identity,” has been the silver-lining Gamez held onto during this grim period. The exhibit is open to the public, but all visits are by appointment only, with limited capacity to allow for physical distancing. There will also be touchless temperature monitors, hand sanitation, mandatory masks upon entrance and other safety precautions.

For those who are still a bit weary of attending an in-person art exhibit, “Kapwa” is also featured online with a full, 360-degree view of the entire show.

“It is like a celebration of the Filipino-American experience. For folks who aren't of that background, I just want them to relate to it in some way,” Gamez said.

“I want them to see that all of our experiences can also carry a common thread, no matter where we're from.”

‘Flexible In This Setting’

Other artists are also going forward with exhibits despite restrictions on indoor gatherings.

Richard Munoz Moore lost five commissioned jobs and two art shows — one he’d been working on for more than a year. Still, he says he kept busy working to unveil his first virtual exhibition, “Dystopia,” which debuted at American River College’s Kaneko Art Gallery on October 1.

“I'm really, really appreciative that the gallery has been flexible in this setting. I did over 30 pieces for this,” he said. “It was something that was going to be seen and absorbed. Understandably, [the gallery] had to make adjustments and I'm just rolling with it.”

As an independent artist, Munoz Moore says although this is his first virtual gallery experience, he’s well-versed when it comes to selling his art online — where he does a majority of his business.

“I always wanted to do it that way, because it's easy with pricing and everything, but this will be my first time doing it where the show is exclusively online,” he said. “It freaks me out. I'm not happy because you can’t see a lot of the textures, but trying to find the positive: It's just really unorthodox, but you got to roll with it.”

When coronavirus restrictions came knocking on the doors of Verge Center for the Arts, a nonprofit art gallery on S Street, executive director Liv Moe said she thought about how the gallery would survive. But once the initial financial hits started to settle, parents who send their children to art camp at Verge and other supporters reached out to ensure its return.

“Keeping a nonprofit arts organization alive period, even in good times, is really hard. Making the case constantly for the value of art is really hard,” Moe said. “I just started to realize, ‘Wow, there's a community around this place that really cares about it and wants to see it survive.’” 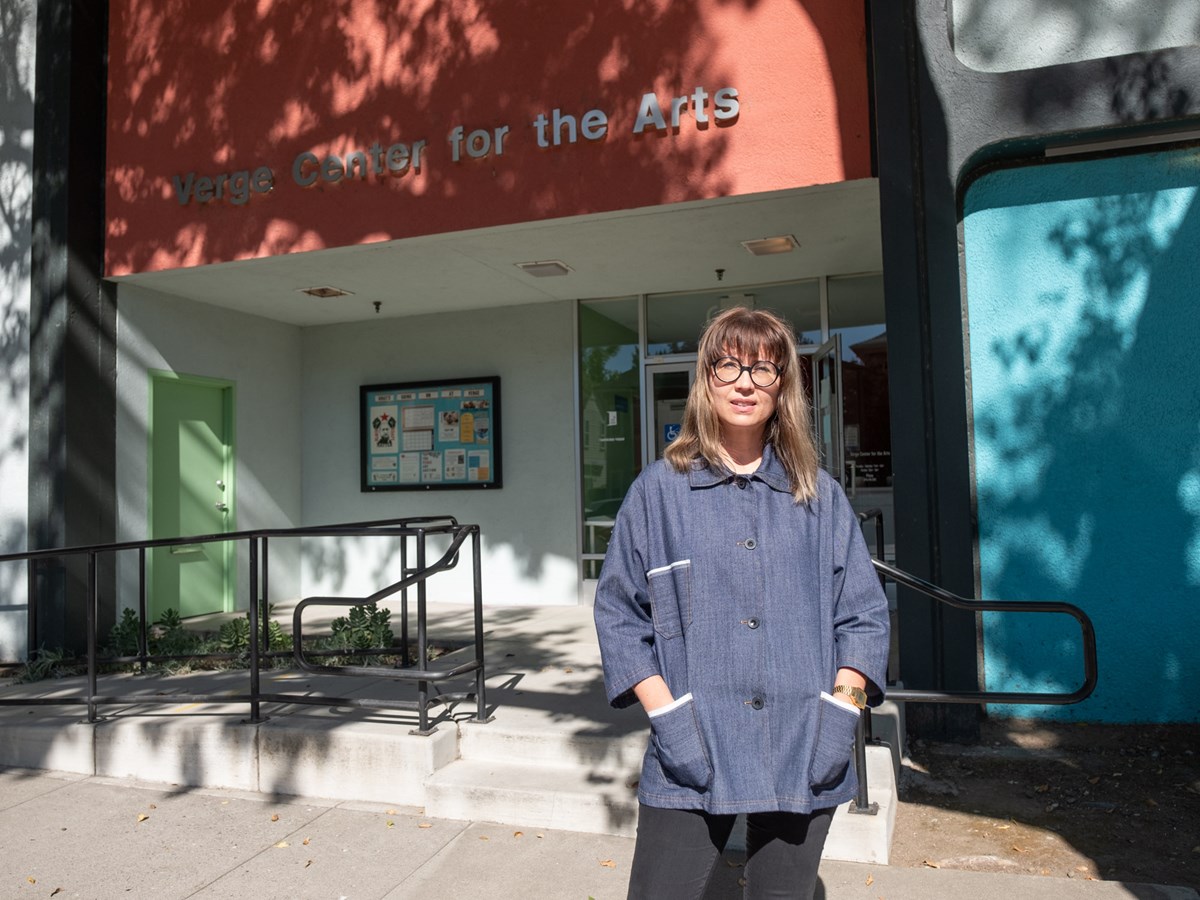 Verge received funds from the Paycheck Protection Program, as well as federal coronavirus stimulus dollars. But it’s not enough, and Moe says, on average, the Verge team writes one grant a week seeking additional help.

“They're really kind of life-support grants at this point. It's survival funding,” Moe said.

‘See Beyond What We’re Living Through’

Not only did Faith McKinnie recognize a need for arts funding in Sacramento, the founding director of the Black Artists Fund saw a need to invest in Black artists.

Now, her group’s website includes 39 artists who have received grants. “A lot of people who go there have hired artists from that page. I'm happy to say we're building this community here,” McKinnie said.

When it launched in June, the Black Artist Fund raised $10,000 in just 72 hours for its GoFundMe campaign and later awarded $16,000 in grants to artists in Sacramento. Now, it’s on to round two: The application process runs through October 31, with awards slated for the third week of November.

“Artists are tasked with the responsibility of inspiring imagination. Artists, they're very important right now,” McKinnie said. “We have to see beyond what we're living through. A lot of artists are creating work and helping us imagine something different. That's something that inspires. Artists can encourage the change that we need to see.”

Before the Centers for Disease Control and Prevention recommended wearing masks as a way to slow the spread of coronavirus, Shira Lane, executive director of the Atrium 916, saw a local demand.

So she turned to her creative community, many of whom lost everything because of the pandemic, to use their creative skills for a cause. But once word got out — no one knew that such a simple endeavor would grow into something much bigger.

“Within hours, we got hundreds of orders. So we created an online mass marketplace for makers to be able to create masks,” she said. “It was crazy at first, to the point where we had to hold out on orders so we could catch up.

Within a couple of months, the Atrium paid $30,000 to artists for making masks.

Lane is also working on a new project that asks artists to create enriching content for local cable access channels. They will be paid up to $600 per five approved minutes of material, whether it’s teaching creative bits on knitting or how to paint portraits. It’s a bit of art therapy to enjoy at home led by local artists.

Arts Resources In The Sacramento Region

Follow Sacramento.shop for hand-sewn masks from local artists and the Atrium 916 for upcoming announcements about its video project.

The Black Artists Fund is now accepting applications for its second round of grants. Visit blackartistsfund.org for more information.

See what’s new at Verge Center for the Arts at vergeart.com.