Community advocates are closely watching the city of Sacramento’s 2nd council district this November 3, not necessarily to root for a particular candidate to sit in the next council seat, but in hopes that roughly 30,000 registered voters in the Northern Sacramento area will actually cast their ballot.

“Voting is a power that our community members have to make change in our lives,” said Cha Vang, director of Hmong Innovating Politics (HIP), a non-profit seeking to increase political awareness within the Asian and Pacific Islander community.

But when residents are struggling to afford food and other necessities, Vang says, voting is “not the core of what you’re thinking. You’re thinking about ‘how do I survive day-to-day.’”

In the year running up to November’s election, Vang’s group, along with the Sacramento Council on American-Islamic Relations (CAIR) have been working to bring voters out in the area, particularly those who have recently immigrated or for whom English is a second language.

District 2, which also includes the neighborhoods of Strawberry Manor and Noralto, have large populations of immigrant communities, according to Vang and CAIR. Both community organizations say language and other barriers — like poverty and or general election knowledge - may make it hard for immigrant communities to vote.

“They may not have in-language material, they may not even be able to get transportation to polling stations, a lot of people are not tech-savvy and COVID has really highlighted this digital divide,” Zohra Mir, a civil rights advocate at CAIR said. “Some people still might not know they can mail it [or]where their ballot drop-offs are.”

So Mir’s and Vang’s organizations have been doing phone banking and holding online webinars to educate and improve the voter turn-out before next Tuesday.

But Vang also recognizes they’re working against a historical trend of voters being disengaged; a cycle of voters not casting their ballot, and nobody asking them to.

The district 2 race is close this year, with two-term incumbent Allen Warren running against newcomer Sean Loloee, an Iranian-born business owner who runs the Viva Supermarkets chain in North Sacramento. The two both agree that the district needs more residential housing and solutions to local homelessness.

Vang and Mir say voter engagement might have been particularly low in March because voters in the area did not understand the importance of primary elections.

But since all California voters were sent a mail-in ballot under a governor’s order to protect voter safety during the COVID-19 pandemic, Mir said the district could see much higher voter engagement than in March.

“I’m hopeful that with mail-in ballots that people take more initiative,” Mir said, adding that voting from home may allow people with limited English skills to consult family members during the voting process. .

Vang also said that many Hmong voters are much more likely to turn out to vote for candidates rather than specific issues.

She says the Hmong vote may have tipped the vote in 2012, when Councilmember Allen Warren won his seat by just 206 votes.

Rob Kerth, president of the SMUD board and former District 2 councilmember, said he sees a few reasons for historically low voter participation in those neighborhoods.

“It’s an economically stressed area, and politics has not helped folks here a lot. So there’s a sense of futility, like ‘Oh, here we go again, nothing’s going to change for the better,’” Kerth said. He said a 30% voter turnout rate is pretty typical for the district.

But Kerth says voting is an important tool to compel government to be responsive to local residents’ needs, and better serve them in the long-term.

“So if they’re not voting, the government doesn’t really know what they want and consequently doesn’t deliver it. So long-standing problems just continue to be problems because people don’t vote.”

District 2 resident Sharon Wright, who runs the Robla Park Community Association agrees that the district has historically been overlooked by both campaigns and non-partisan voter education organizations, but she hopes that will change.

“The educational aspect is a barrier, people get intimidated,” Wright said, adding that she’s heard from potential voters who hold back because they think they don’t understand ballot items or propositions well enough.

“It’d be really nice if there was an independent educational aspect to help with that.”

Wright added that she was hopeful that people in her District would turn out to vote this cycle. With an incumbent running against a newcomer for the city council seat, she worried that low turnout in one neighborhood could mean that only part of the district will have their voice heard. 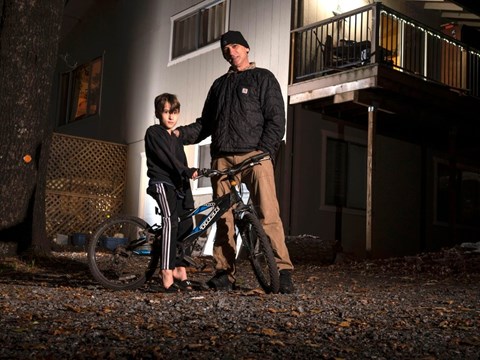