Jordan Marfil is an avid basketball fan. But outside downtown’s Golden 1 Center on Saturday morning, he wasn’t in line for a game or King’s tickets — he was eager to cast his vote inside.

“I just wanted to try out voting in the basketball arena, since it’s a new thing,” he said.

The Golden 1 Center opened its doors to about a dozen people at 8 a.m., waiting in line on socially-distanced markers. It’s one of 18 early-vote centers in Sacramento County that debuted on Saturday.

Marfil described the voting experience as easy. “In and out, really. I didn’t feel like I was in any type of danger or anything in there, everything was spaced out well,” he said. 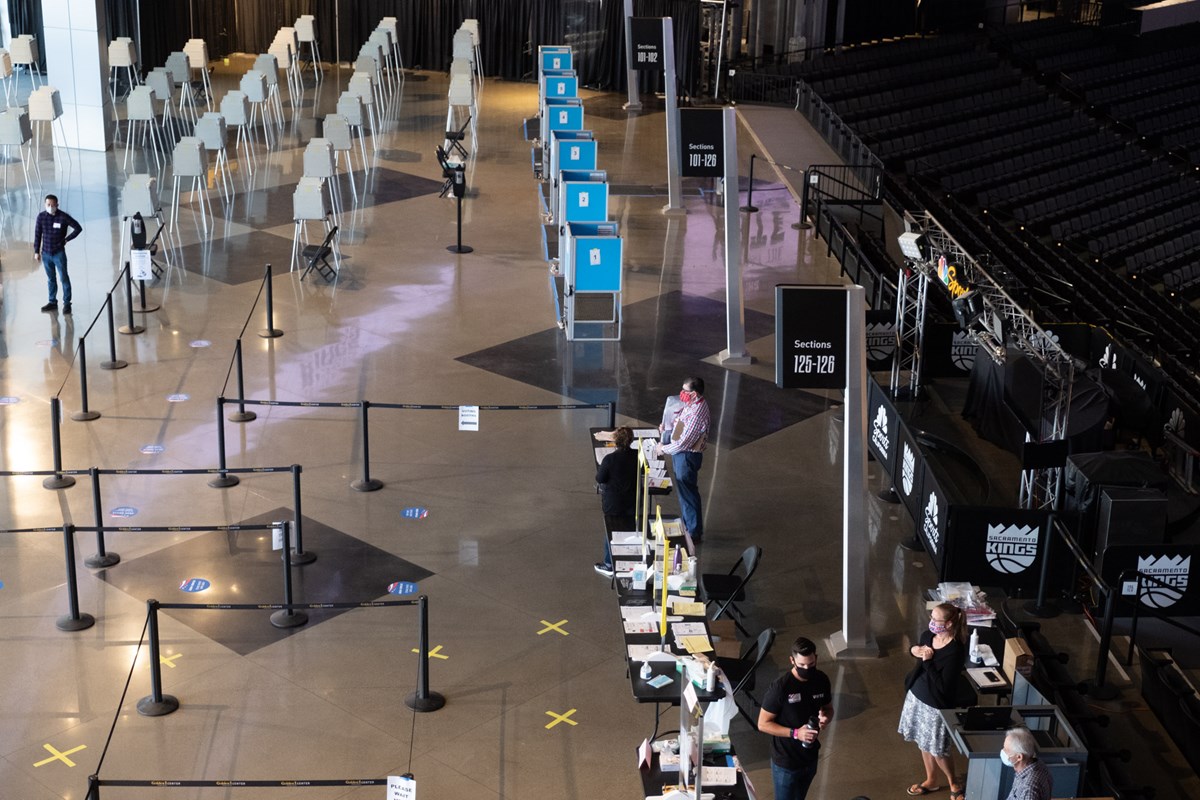 As part of a partnership between the Kings and Sacramento County, the Golden 1 Center is the largest vote center in the region. With 10 days until Election Day, Sacramento residents can stop by to drop off mail-in ballots in a secure box, obtain a new ballot, vote in-person and even register to vote.

All 84 vote centers in the county are scheduled to open on October 31 and will remain so through November 3.

The first day of early voting in Sacramento was a quiet experience for volunteers, election inspectors and workers.

The pace was slow — but steady — at the Oak Park Community Center on Martin Luther King Jr. Boulevard.

Joe Gomez sat outside under a shady tree, waiting for his family to finish casting their votes. He said voting in person was a way to get the whole process done quickly.

Across town on Florin Road, Jim Michaelson, an election inspector at the Department of Human Assistance location in South Sacramento, said about 21 residents cast their votes by 1 p.m., with many stopping by to drop off their mail-in ballots.

“People are more conscientious. Before, we only got maybe one or two voters the whole day. Now, more people are coming earlier, at least that’s what they’re telling us. This one lady said she just wanted, ‘to get it over with,’’’ he said. 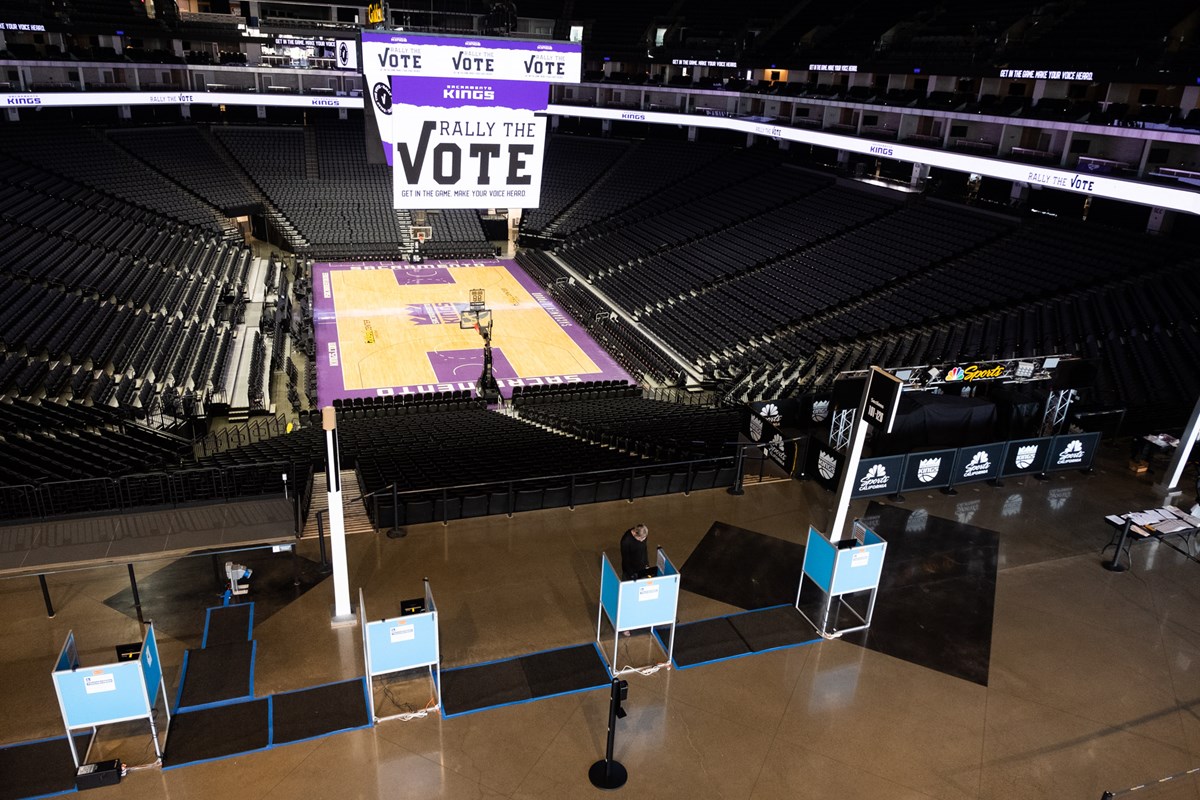 A voter uses a touchscreen at the Golden1 Center in Sacramento, Saturday, Oct. 24, 2020.Andrew Nixon / CapRadio

Before leaving the Golden 1 Center, Francesca Wander snapped a photo of a large, flat-screen monitor towering above that read “Rally the Vote!” She said she usually votes in person each election, but amid concerns about voting by mail, she says she felt more confident visiting the arena.

“I just got very paranoid about my signature not matching, and this is the most important election in our nation’s history,” she said. “I didn’t want to run any risk of there being any chance of my vote not counting.”

Correction: A previous version of this story incorrectly stated the day some vote centers opened in Sacramento County. They opened Saturday.