Audrey Denney decided to run for Congress on Thanksgiving Day in 2017. She was driving to Chico with her sister, Robin, who was chatting her up about a news story she read about women running for office. The siblings agreed that it was important for young people --- especially women and people of color --- to step up and run for office. Robin looked at Audrey and asked her, “Why not you?”

“I kind of felt like somebody had punched me in the stomach,” Denney said, adding that the air was suddenly heavy with a new epiphany. “I was like, ‘am I running for Congress now?’”

Within days, Denney filed her paperwork to run in the 2018 midterm elections, to represent the 1st Congressional District, which covers the far northern and eastern parts of California. She ran against Republican incumbent Doug LaMalfa, a fourth-generation rice farmer who has questioned the human link to climate change and is a vocal opponent of same sex marriage. Representative LaMalfa has relied on corporations like PG&E to finance his campaigns in the past eight years.

“Republican leaders across the district are tired of — their words, not mine — ‘Do Nothing, Doug,’” Denney said.  As a young woman candidate, she’s a more appealing candidate because she works hard and provides  “district-focused solutions.” she said.

Denney lost in the 2018 election, but she’s running again for the same Congressional district this year. She’s one of five women, all Democrats, running for national and state seats in hopes of flipping political representation in some of California’s most profoundly conservative areas.

Brynne Kennedy, who founded a tech company before getting into politics, is running against incumbent Tom McClintock for the U.S. House of Representatives in District 4, which extends from Placer County down to Fresno.

Elizabeth Betancourt and Jackie Smith are running for State Assembly in Districts 1 and 6 respectively.

Pamela Swartz, a small business owner, is running against Brian Dahle for State Senate in District 1. 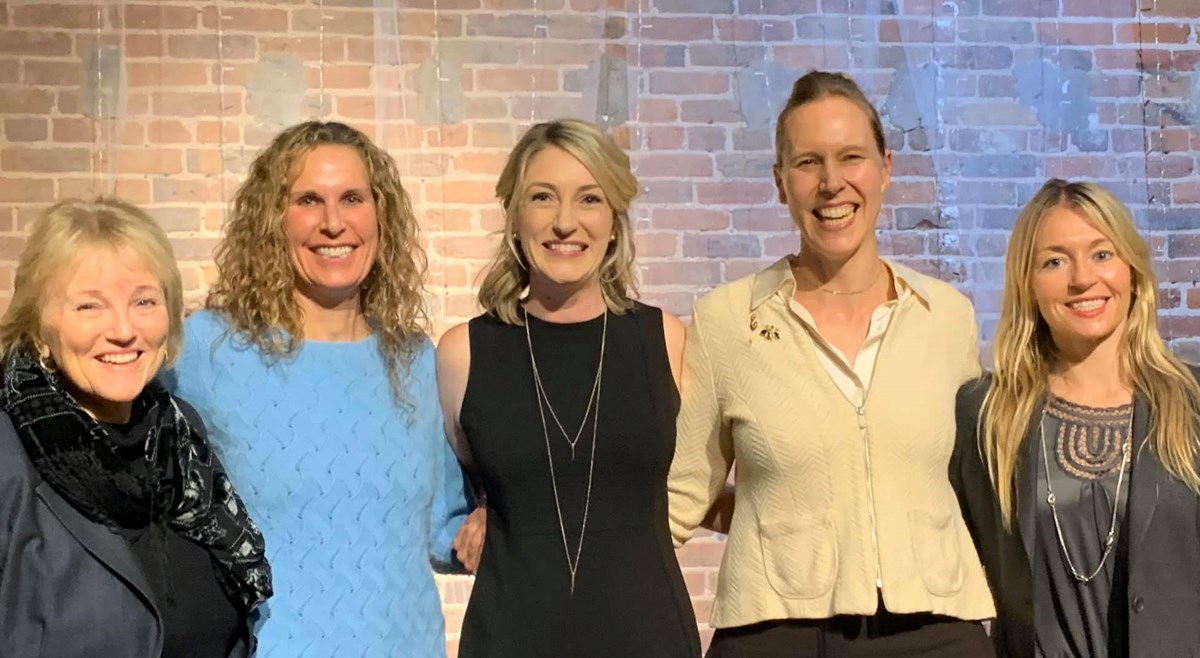 Most voters in these districts are registered Republican, and the conservative party has represented this part of California, from the statehouse to Washington D.C., for years. The area is home to conservative separatist movements like the State of Jefferson. Donald Trump won a decisive victory across these districts in 2016.

The Democratic women candidates running in Northern California may find support from college-educated voters, especially women, who are fed up with populist-minded Republicans, says Mike Madrid, a former political director of the California State Republican Party. But he says that may not be enough to unseat far right incumbents.

“Do I think they will win? Highly unlikely,” he said of candidates like Denney and her Democratic cohort. But Madrid said, they’ll absolutely “close the gap” in votes between Democrats and Republicans in their races.

Spokespeople with Denney and Betancourt’s Republican competitors did not reply to requests for comment. Republicans have held all of these seats in the far northern and eastern parts of the state since district lines were redrawn in 2011, and have represented the region for much longer.

But these regions are also home to large numbers of voters without strong party loyalty, who could provide swing votes to Democratic challengers, says David McCuan, professor of political science at Sonoma State University. He warns many of these voters, some of whom may be registered as no-party-preference, live in emerging suburbs, and many are women.

“They are folks that in some ways are just not as partisan,” McCuan said. “They determine elections in a close election or a wave election, and they could play an important role.”

Each of the Democratic women has refused corporate finance and wants to bring a different kind of representation; one rooted more in the district and less in Washington or Sacramento. They promise to advocate for the needs of rural communities by championing reliable broadband service and improved health care access.

The candidates say they’ve seen fires tear through their communities recently, and that’s why they want aggressive forest management and climate change policies. But none of those issues, each insists, should be partisan.

Back in 2017, Denney knew her campaign was a longshot.

“A first time candidate, [with] no experience, no one was going to take me seriously,” Denney said.

Getting into politics was never part of her plan while growing up on a farm on the central coast of California, but it’s now her focus, when she’s not teaching agriculture at Chico State University, or working in education consulting.

Denney faces steep odds in November’s race, and she’ll need to appeal to voters from across the political spectrum to run a competitive campaign, according to McCuan. Denney says that comes easily to her. She grew up in a conservative household and was registered Republican as a young adult. She says her movement between the two parties, and her focus on forest health, internet access, and job creation, make her the best choice for her district.

Brynne Kennedy, 36, faces similar challenges in her campaign for Congress in District 4, which includes the Yosemite National Forest. Kennedy is running for the first time against Representative Tom McClintock, who has funded his campaign with donations from political action committees associated with Koch Industries and Chevron, among others. Representative McClintock has advocated for the repeal of the Affordable Care Act and claims voting by mail results in fraud.

Like the other Democratic women running as challengers, Kennedy wants to bring more jobs to the area, and expand access to broadband internet access across the district.

“In our district, we literally have people who have been sitting in parking lots with kids to connect to a hotspot,” said Kennedy, adding that the lack of widespread connectivity “is creating stark inequality in our communities.”

Kennedy also refuses campaign donations from corporations, though several labor unions have made significant contributions. She comes to politics after years working in the tech sector, where she founded a software company to facilitate remote work. She grew up in a rural community, daughter of a community college teacher and small business owner. Kennedy says new forest management projects will be a good way to bring jobs and needed income to people living in the most rural parts of the area.

“We've been left out of the focus on coastal cities,” Kennedy said about national political priorities. “And I think a lot of our community feels that they have not had a voice in Washington for a very, very long time.”

National polls suggest that the congressional elections could bring wins to the Democratic party similar to what happened in 2018. The generic ballot poll, which asked voters which party they plan to vote for, found that most people plan to support the Democratic party.

McCuan says Californians could be more motivated to vote this year because of political turmoil related to the pandemic, the economic recession, protests and unrelenting wildfires. All of those factors could push swing voters towards candidates campaigning on change, he said.

“You start to see some edges that could move, even in a safe Republican district, if there's some type of wave election that's built for Democrats nationally,” McCuan said.

Elizabeth Betancourt is counting on national political winds to work in her favor during her campaign for State Assembly. Politics is new for Betancourt, a farmer and watershed scientist by trade. She first ran in 2019 in a special election against Republican State Assemblymember Megan Dahle in District 1, but lost by 14 points, a significant margin. Like Denney, Betancourt ran with the expectation that it would take two races to assemble a competitive campaign

“Politics can be frustrating for folks like us who run,” Betancourt said about people who don’t come from political backgrounds. Getting into office is often about name recognition and money, she says, “and all of that is hard to get in a single race.”

Even though she was far behind her opponent in the last race, Betancourt was the first Democrat to win more than 40 percent of the vote since Dahle, and her husband, now State Senator Brian Dahle, took the seat in 2012. Betancourt attributes her relative popularity in a red district to her square focus on rural issues.

“My campaign is focused on what brings us together,” Betancourt said. “Not only is that pragmatic from a political perspective, but it also just makes sense.”

Betancourt wants voters to understand they have a voice in making critical decisions.

“Many of us are feeling just completely incapacitated, because of the chaos that we see around us,” she said. “To feel empowered to have a voice in what happens next in your region, that is what I'm interested in building.”

Both Betancourt and Denney won significantly more votes in their last campaigns than previous Democrats running for the same seat. But the districts have been held by the GOP since 2012, and a win for the Democrats in these seats would be a marked political shift.