A group of community organizers called the Friends of New Helvetia has filed a claim against the City of Sacramento in regards to its plan to redevelop the neighborhood around the Marina Vista and Alder Grove housing projects.

The claim alleges that the city violated the California Environmental Quality Act (CEQA), which protects historic landmarks from being demolished, when it approved the West Broadway Specific Plan this past summer.

The Alder Grove housing project was the site of a landmark civil rights housing case led by Sacramento’s first Black attorney Nathaniel Colley back in 1951.

“Despite the ongoing and historic importance of New Helvetia, the as-adopted West Broadway Specific Plan anticipates and facilitates needless demolition,” the claim reads. “The city failed to analyze or adopt viable Plan alternatives to rehabilitate much of New Helvetia's housing while allowing additional mixed-use development.”

City council approved the West Broadway Specific Plan in August. The current plan will seek to renovate the existing Marina Vista and Alder Grove projects, which have long fallen into disrepair. The Sacramento Housing and Redevelopment Agency said it will also seek to create mixed-income housing in the area, which they previously stated is a move to stop concentrating poverty in the city.

Construction for the plan is scheduled to begin in 2023 and 2025, starting with renovations of the existing two housing projects.

SHRA has argued that the plan would redevelop and reconnect the Marina Vista and Alder Grove neighborhoods to the central city; the two housing projects have long been separated from the grid by a freeway.

Tim Swanson, a city spokesperson, said in a statement that the city understands the area’s historical significance.

“The City of Sacramento recognizes the importance of the New Helvetia Historic District and the legacy of Nathaniel Colley. Neither the West Broadway Specific Plan, nor the associated Environmental Impact Report required for its implementation, mandates the destruction of any historic resources,” Swanson said in a statement. “Instead, they provide the infrastructure framework should the Sacramento Housing and Redevelopment Agency (SHRA) rehabilitate or redevelop the site. SHRA operates the site under a declaration of trust from the U.S. Department of Housing and Urban Development.”

But many residents of the two housing projects are suspicious and concerned about displacement.

Macheri Smith, a current tenant at Alder Grove, told CapRadio in an August interview that she believes rehabilitation can be done without the rest of the redevelopment plan.

“They say [demolition] could take 20 years, but at any given time they can say they just got a grant and that grant will allow us to move forward, let’s do it in two years,” Smith said. “We didn’t get to have a say. It’s a way for developers to put money in their pockets.”

But the city insists that demolition of the two housing projects is not called for in the plan.

Instead, the SHRA said previously that they hope the redevelopment plan can make the neighborhood less isolated.

Berry Accius, an activist who is not a part of the group that filed the claim, but has been an outspoken voice for the tenants of the two housing projects, said the plan suggests an extended grid structure that will extend past the freeway and eventually necessitate the demolition.


The Friends of New Helvetia have declined to comment further on the pending litigation. 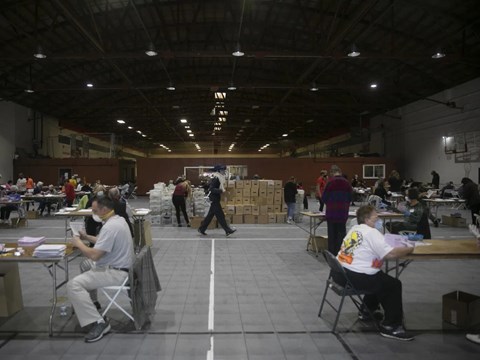