Evacuees are ready to go home to find what is left after the LNU Lightning Complex fires forced thousands to flee cities like Vacaville, Fairfield, and Napa in Northern California.

Many rushed to safety in the fright of the night early Tuesday morning after neighbors banged on doors, sheriff deputies called out evacuation orders over loudspeakers and as the fire encroached close to their homes. They collected their most priceless belongings, pets and family members and gathered at evacuation centers, friends homes and hotels.

Nearly three days ago more than 300 fires ignited across California after more than 10,000 lightning strikes touched down during a storm stretching from Baja California to the Bay Area. Those strikes resulted in 23 major fires and have caused thousands to evacuate.

More than 100 homes and businesses were burned in the cluster of fires in the coastal range near Vacaville. Many of the people who rushed away in the middle of the night are still waiting to return home. Here are four of their stories. 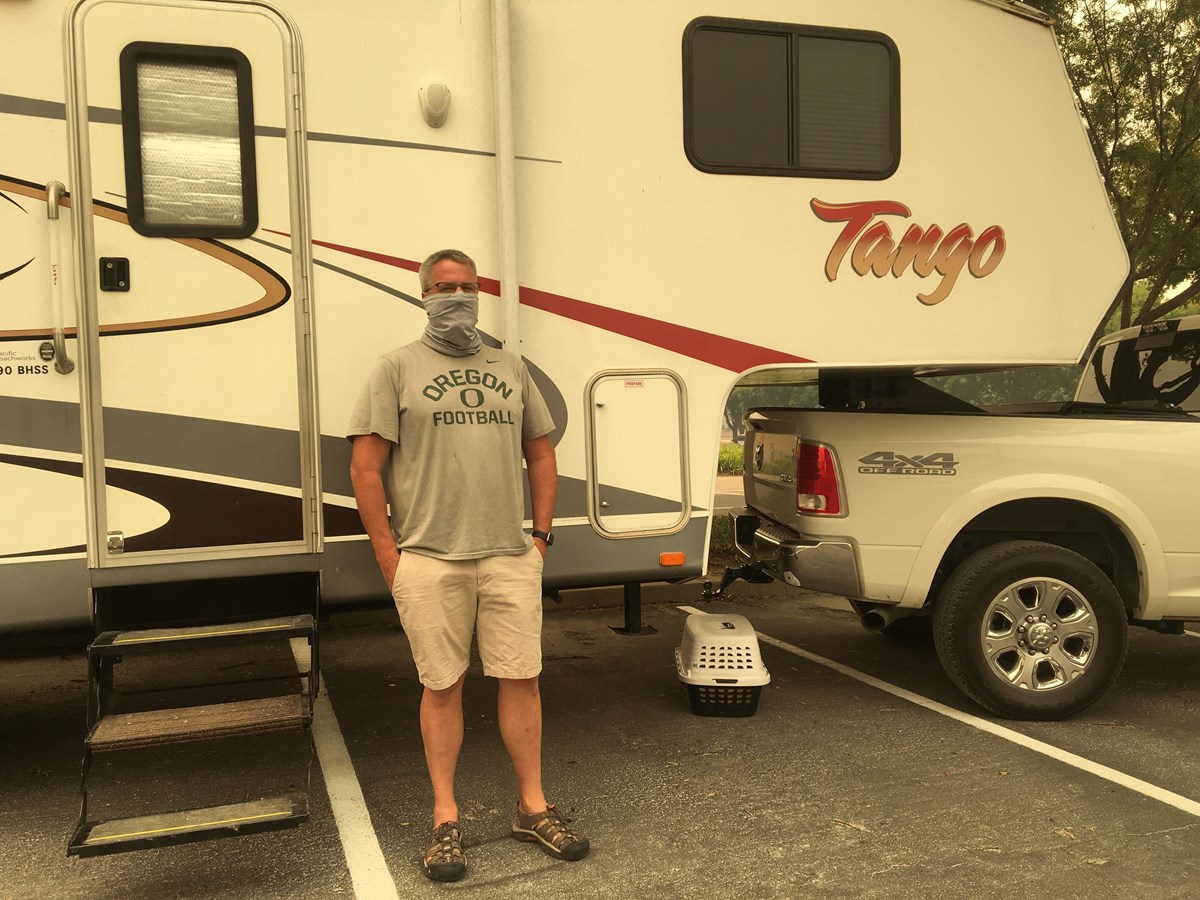 Kevin Widmer, his family, two cats and a dog evacuated Northern Vacaville after finding out over text that the blaze was nearing their home. As of Thursday they weren’t allowed to go home and are parking their fifth-wheel outside a friend’s house in Vacaville. The fire came about a half mile from their home, but their house was spared.

It was a relief for sure. We had a feeling it didn’t and so it wasn't a complete surprise. But it was close. Some friends did lose some houses. So, we're very fortunate that we did it.


We did leave 15 chickens behind. That kind of made us nervous. So we had some friends check on them … But other than that, we've got everything else we wanted.


It's amazing how much damage the fires did and how little time you had to evacuate. [You] anticipate having more time if it ever happened. But it grew quite fast at night. 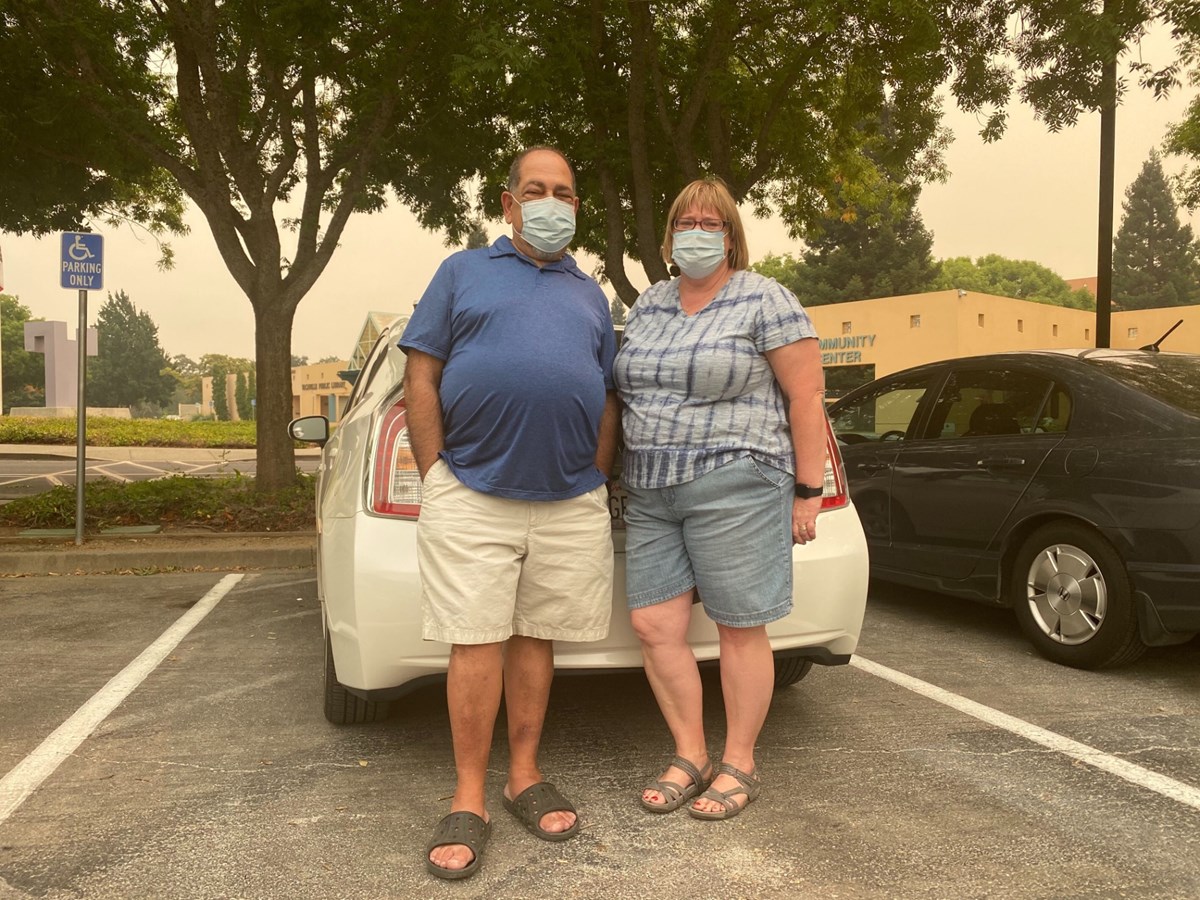 DeAnn and John Atallah evacuated, but as they were leaving they ended up driving through the fire as it jumped Interstate 80 near Fairfield.Ezra David Romero / CapRadio

DeAnn and John Atallah have lived in the Vacaville area for 30 years. Trying to escape the blaze they evacuated, but as they were leaving they ended up driving through the fire as it jumped Interstate 80 near Fairfield. Their home survived, but haven’t been back yet and plan to leave the area for a few days until the smoke clears because of preexisting health conditions.

I was like, what do you do? You can't stop. You can't go back. You're in the middle of the highway. You couldn't see a foot in front of you. You turn on the flashers, not that it does any good, but it made you feel better at the time. We made it and celebrated.”


Our house is fine. We're within city limits. I feel badly for the people out in the country because we're not even a quarter of a mile from houses that were completely destroyed. And some of the students at my school that I work at totally lost their homes.


The impact, actually, it's been around since the last fire we had a couple of years ago. Everybody's been on edge. I believe now it's even more so and I think it makes the community a little bit tighter. We appreciate one another more. Well, hopefully the kindness continues because that's all we have right now. 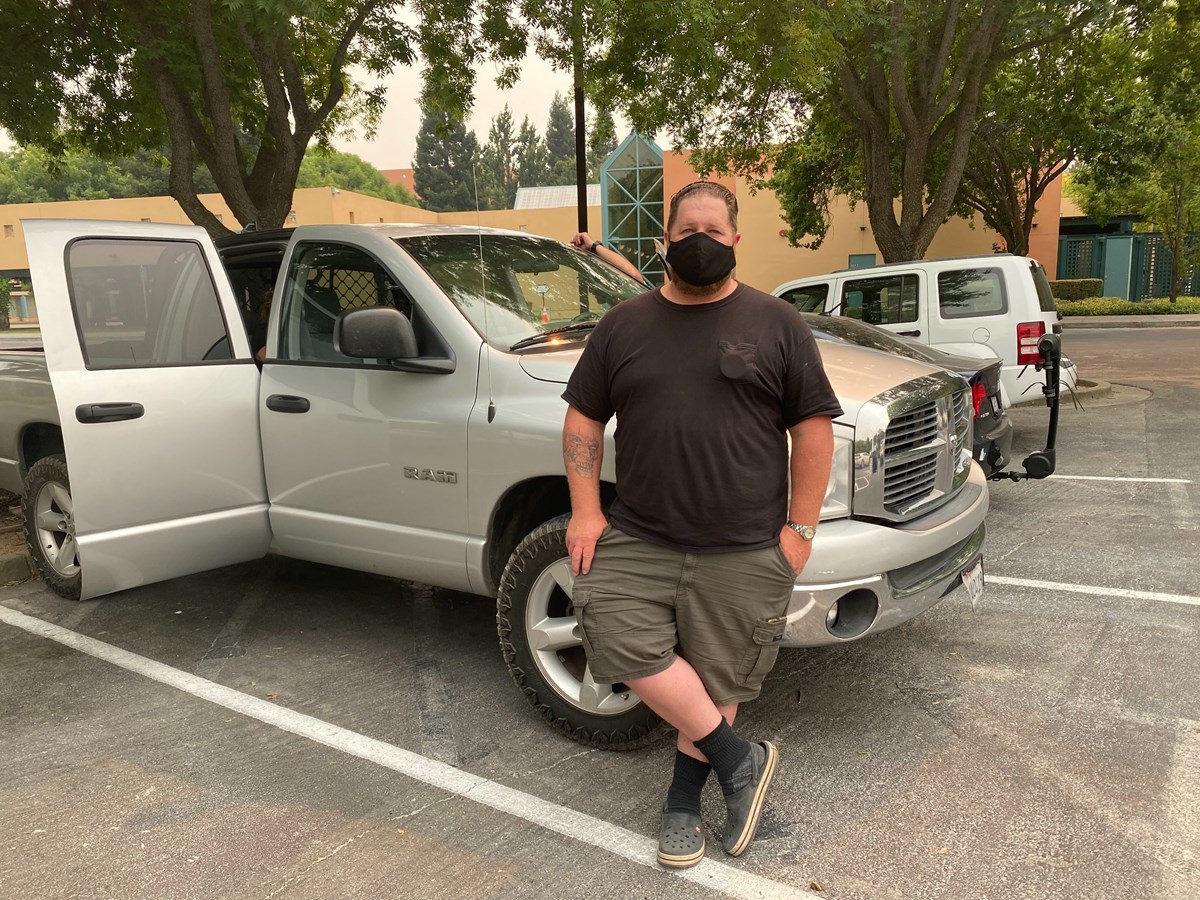 Nick Pike’s family and two of his neighbors lost everything. Fire officials came down their road in the hills west of Vaccaville and said they needed to leave because the fire was surrounding their home.

This sucks. We have four kids. Everything’s gone.I don't know how many people are out of their homes right now due to this fire, but it seems as bad as the Paradise one to me with the amount of smoke and fire we're seeing because it started in Napa and now Vacaville is evacuating.


I feel sorry for everybody. I really hope that we get some financial help out because I'm kind of stuck. The insurance adjusters can't go out there and even look at the property till the roads are back open. So we are just spending money like crazy, just replacing the stuff that we have.


We're real thankful. Should be crying over losing everything. But then you see how much people are caring and giving and it’s motivational. 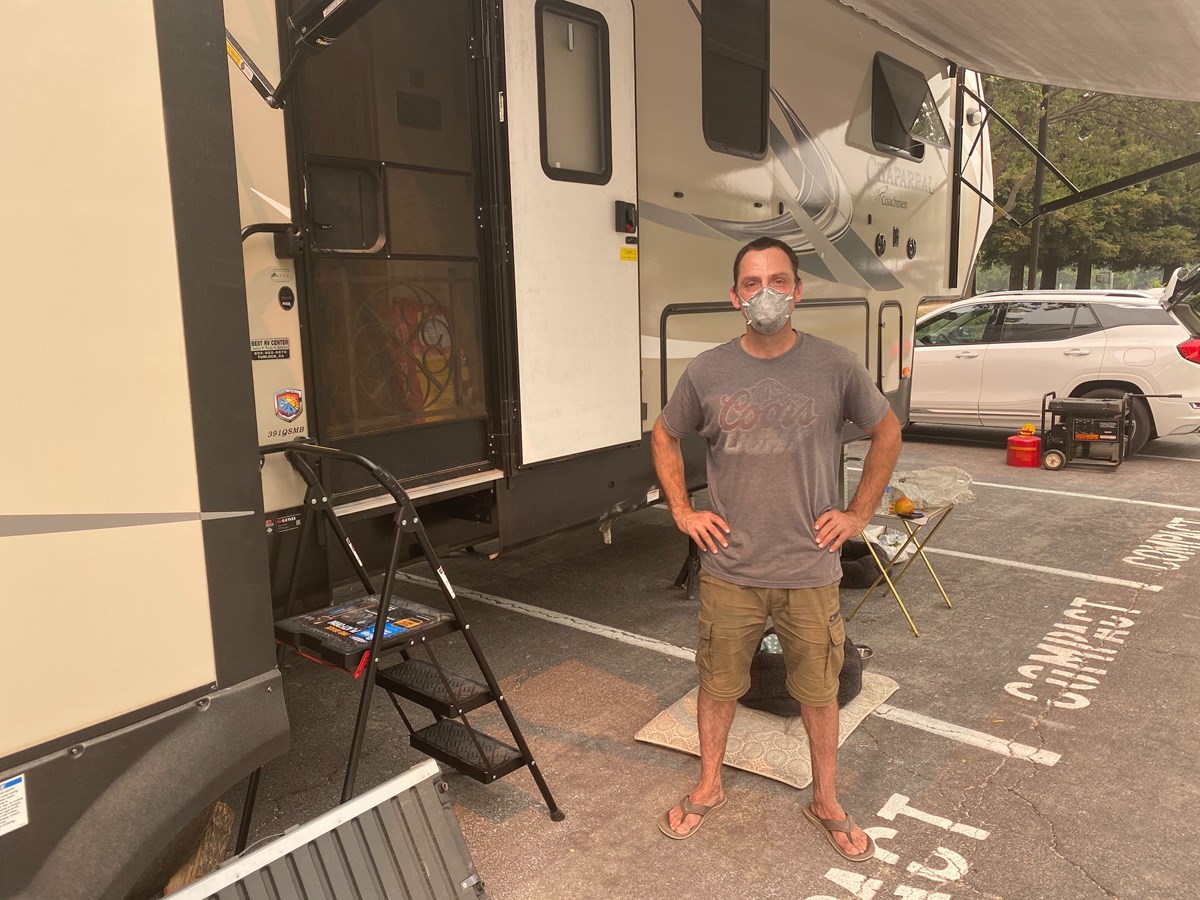 Dan Farrell, his wife and four dogs live in a mobile home park across the street from one of the evacuation zones. After walking his dogs in the middle of the night and seeing the blaze from their fifth-wheel the couple decided to evacuate.

I watched a house go up from the road when we were deciding if we were gonna leave. I stood there at the roadblock with an off-duty firefighter who just came back from vacation to try to help out. And we watched the house go up.


We're lucky enough to have most of our needs mobile with us. But there were a lot of people that we saw out here that didn't … They're sleeping in cars.


A shower is gonna be amazing. You know, the little things that you take for granted, you suddenly realize when you're living in a parking lot somewhere.