The fire refugees kept calling, all of them elderly, all of them newly homeless after Paradise burned in 2018. Some 70 miles to the south in Grass Valley, Katrina Hardin answered those calls. Hardin managed a senior apartment complex – none were available, so she begged her friends to open up their spare rooms.

The demographics of the victims haunted her: about three-quarters of those who died in the Camp Fire were over the age of 65. Same with the fires that ravaged Sonoma and Napa the year before. Hardin fears for people in her own Nevada County, known as a haven for retirees, where 96% of the land is at heightened risk for wildfire.

“We’ve got all these elderly people – their sons and daughters may be living in Southern California, in the Bay Area, in another state,” Hardin said. “The elderly are living by themselves here with just their neighbors.”

Across the state, about 2 million people age 65 and older live in areas where wildfire is a serious threat, according to a KQED and CalMatters investigation.

But at the state and county level, no public agency has legal responsibility for ensuring that these older adults are evacuated in a disaster. The county response involves alerting residents of immediate danger and providing evacuation shelter, but not the evacuation in between.

“There is no regulatory mandate for us to check on individuals,” said Tamaran Cook, former head of adult services and in-home health services for Nevada County. “There’s nothing statutory that’s consistent across all the counties in the state.”

The county has generally relied on aggressive outreach to help people with fire preparation – hosting informational meetings, sending newsletters. The county even produced a movie trailer that plays at the beginning of films in theaters, featuring people packing go bags and cleaning gutters. The county asks people not to overburden 911. Across formats the message is consistent: get yourself ready, because if a fire comes, you’re on your own.

Warning the Elderly Only Goes So Far

In 2019, Listos granted $50 million to dozens of nonprofit and community groups, and created vulnerability assessments for every county in the state. In Napa and Sonoma counties, Listos worked with volunteer and religious groups to offer go bags, gift cards and free produce to encourage low-income seniors to come to emergency training sessions. 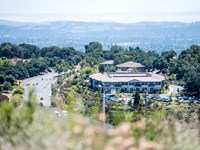 Nursing Homes Weren't Ready for A Pandemic. They're Not Ready For Wildfire, Either

In Sonoma, emergency managers facing growing public expectations after multiple fires have promoted new alert systems – including a NOAA weather radio that can shake the bed when someone’s sleeping.

Still, advocates say, the elderly are overrepresented in death counts after wildfires and during the current coronavirus pandemic, where nursing homes have been particularly hard hit.

“If these were children’s hospitals and children were dying like wildfire in them, there would be a very different community response than there is now,” said Debbie Toth, CEO of Choice in Aging, an advocacy group for seniors living independently. “Like, ‘These are just disposable people: They’re elderly, they’re at the end of their life anyway, there's no value there.’”

Disasters destabilize older adults, geographically, physically, financially and emotionally. Every bit of that happened to Jerry Canaday, 68, when he lost his home in the 2017 Tubbs Fire.

If rescuers came that night; Jerry Canaday slept through the knock at the door.

The noise of the fire woke him. “Like a storm,” he said. He walked out his door to see chunks of debris, in flames, falling heavy through the sky.

Canaday drove himself out of the neighborhood and slept in his car at a Santa Rosa mall, then moved to a cot at the county evacuation shelter. One night, some other men shook him awake when he almost stopped breathing due to the combined effects of smoke inhalation, pneumonia and heart failure. 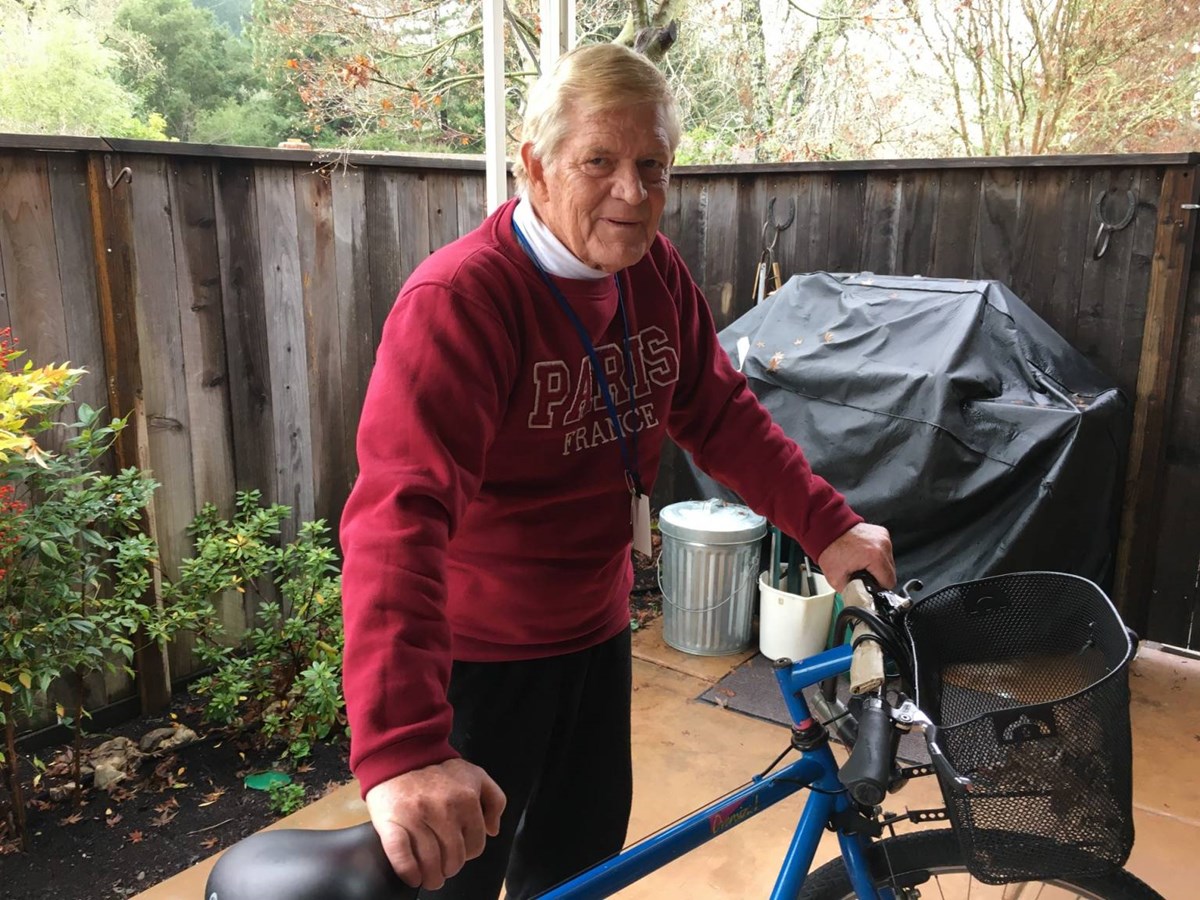 Jerry Canaday, 68, likes to say he's going on 31, even after the Tubbs Fire took his money and his health.Molly Peterson/KQED

Canaday’s house was uninsured, so after it burned to the ground, he moved to a FEMA trailer. It took two years of searching to find a room to rent that he could afford.

“It’s another one of those, one step forward, 12 steps back,” he said.

Canaday’s new home is in a risky area, by KQED’s analysis. He can no longer drive, his license suspended for medical reasons.

“I feel isolated,” Canaday said. “I don't feel connected so much as I’d like to.”

Last fall, Canaday was forced to evacuate from his latest home when the Kincade Fire threatened Santa Rosa. Even his cat, Gigi, is a refugee from the Camp Fire in Butte County – a constant reminder of their shared survival, and risk.

“Just when you think you’re safe and nothing’s going to happen,” he said, “here it comes again.”

Californians don’t like being told where to live, even after a disaster.

That’s why we have to learn to live with wildfire and adapt to the increasing risks brought by climate change, says Max Moritz, a wildfire specialist for the UC Cooperative Extension.

“To finally come to a coexistence with wildfire: that is a whole different way of thinking and living with a given hazard,” he said. “It means that we have to be ready for them and we have to look out for the most vulnerable people when they do come.”

Building a Community to Save One

Rosemarie Reeder and her neighbors have decided to develop a buddy system to look out for the most vulnerable among them. Nevada County has one of the highest rates of residents over 65 in the state: 24.4 compared to the statewide average of 16.5, according to the U.S. Census Bureau data.

“It’s a lot of retirement up here,” she said. “Various people have walkers, some are in wheelchairs.” 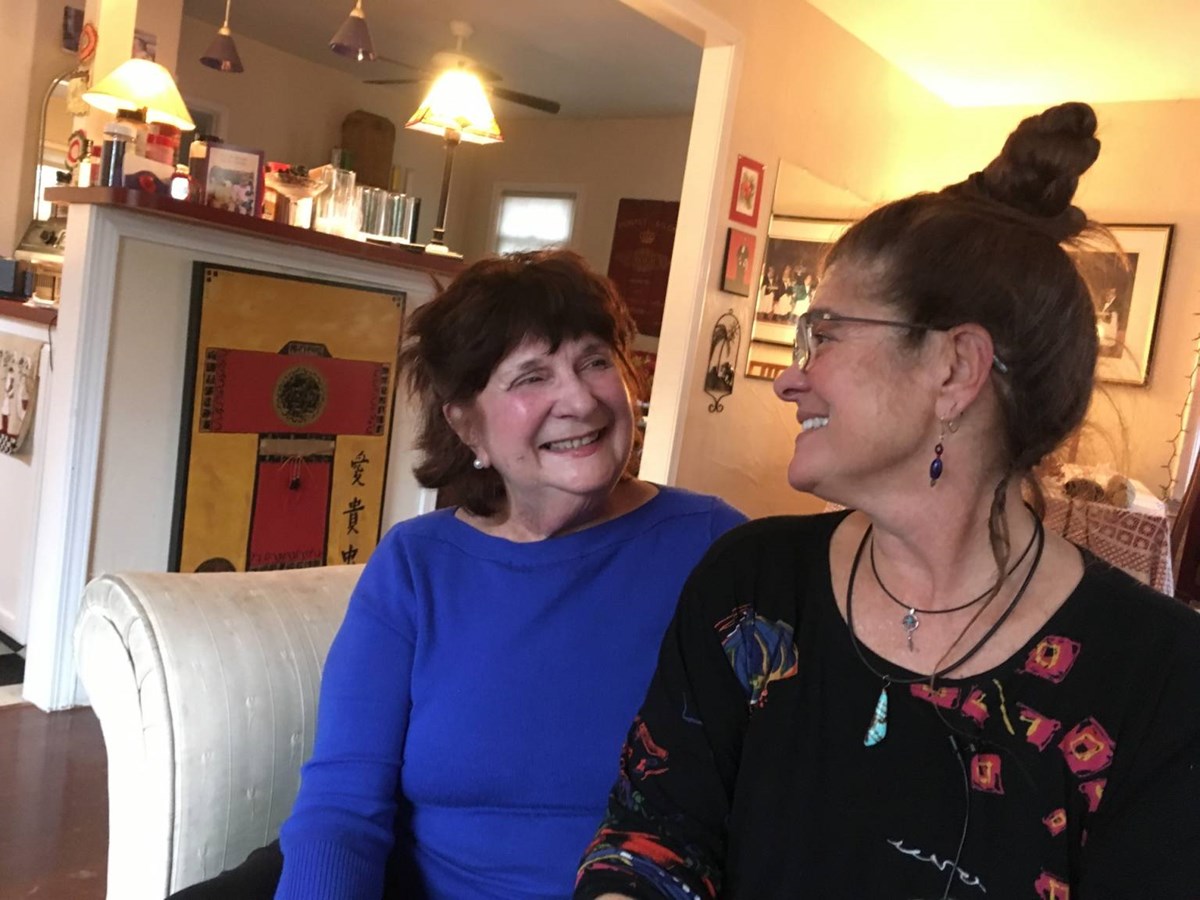 Their buddy system is mainly informal pairings at the moment, she says, verbal agreements between neighbors decided while out walking the dog or pushing the stroller. Reeder would like them to make a more formal list, and she wants them to practice.

Before the coronavirus pandemic, her neighborhood fire coalition had planned to do a full evacuation drill, where everyone would get in their cars and drive the roads they would follow to get out of town during a fire. Reeder wants them to also rehearse buddies checking on each other. And she wants other towns across the state to follow their lead.

“It’s vitally needed, especially in these days, with as much climate change as we have had, we really don’t know what’s coming next and we need to prepare for it.”

The majority of California land is fire-prone, according to an analysis by KQED and CalMatters of state-designated fire zones and scientific maps showing where wildland meets cities.

Katrina Hardin says the old-fashioned, in-person connection of the buddy system is key for older folks like her mom who don’t use social media outlets the county and community increasingly rely on to share wildfire information.

“This is really the most important area to have a buddy because you’re dealing with people who are used to communicating face to face,” she said.

Until recently, Hardin lived with her mom and would do all her Googling and social media surfing for her. She played the police scanner app on her phone constantly, while they did housework together and for hours before bed, to monitor for wildfire activity, because she knows the fires will keep coming.

Older and Overlooked is a special investigative series by science and news reporters at KQED. KQED is the NPR and PBS member station for Northern California, serving audiences across the state on air and online with compelling stories that inform, inspire and involve.