After stubbornly sitting above 7% for weeks, California’s 7-day average test-positivity rate fell to 6.1% on Monday — its lowest level in over a month. While Gov. Gavin Newsom said the number is an “early good sign,” he warned he still anticipates another wave of the virus in autumn.

“It is not where it needs to be,” Newsom said. “It is still too high, but it is good to see this number trending down, not trending up.”

The 14-day test-positivity average also fell, hitting 7.0%, its lowest point since July 6. So, too, did statewide hospitalizations, which were down 10% from two weeks ago.

“At the moment, based upon the progress we have made, we feel we can get our arms around this in a judicious way,” the governor said, though he noted he wants to see a “consistent” decline in these metrics.

The state reported a record 219 deaths from the virus on Friday,the same day that the California Department of Public Health said it had recorded the first coronavirus-related death of a teenager, a Central Valley teen who reportedly had underlying health conditions.

While some areas of the state report declining or stabilizing trends, Newsom said the Central Valley remained his top area of concern in the coronavirus fight.

He touted a strategy announced last week to control outbreaks among farm workers and in Latino communities in the area using “strike teams” of additional personnel and personal protective equipment. Newsom called the strategy the “Imperial model” after Imperial County, which received similar help earlier this summer to mitigate ballooning infection rates.

Positivity rates across the Central Valley are “not where we were in Imperial, but we don’t want to see it go to where Imperial went. That’s why we felt it was appropriate to intervene,” Newsom said.

The governor noted Imperial County’s cases declined significantly after the county modified its local health order to allow only essential businesses to remain open. The health order is still in place.

It’s unclear if any Central Valley counties will be pressured to modify local orders and close additional businesses. Two cities — Atwater in Merced County and Coalinga in Fresno County — are at risk of losing emergency funding by allowing businesses to remain open in defiance of public health orders. 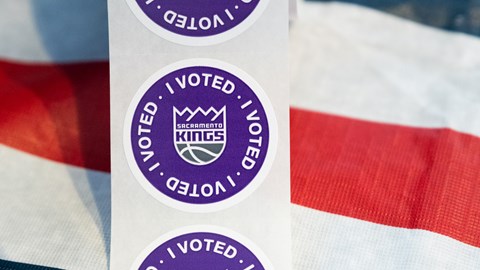