If there was ever a good time to convince people guaranteed income can make a difference, Stockton Mayor Michael Tubbs figured it’d be in the middle of a pandemic that is taking a heavier toll in poor neighborhoods and among Black and Latinx communities. So Tubbs, whose city has been at the heart of one of the nation’s few experiments with free cash payments for more than a year, launched Mayors for Guaranteed Income last month to push for federal policy. So far, the mayors of Oakland, Los Angeles, Compton, Atlanta and 13 others have signed on.

“In the worst way, the pandemic has been a really good moment for guaranteed income,” said Sukhi Samra, executive director for Stockton’s privately-funded program, the Stockton Economic Empowerment Demonstration. “It exposed the economic fragility of most American households, and especially of Black and Brown households who have been excluded from economic well being and prosperity.”

COVID-19’s devastating economic toll has already pushed legislators across the congressional floor to rethink unconditional income, from Republican Sen. Mitt Romney calling for widespread cash payments to every American adult to Democratic Sens. Kamala Harris, Ed Markey and Bernie Sanders proposing $2,000 monthly payments to those with incomes lower than $120,000 for the duration of the pandemic. As lawmakers across the country craft emergency relief policies and disburse cash benefits, many are finding that Stockton’s guaranteed income experiment has a lot to teach.

“The $500 allowed essential workers and whole families to be able to shelter in place and follow public health guidelines,” Castro Baker said.

The San Joaquin Valley city of 310,000, which bridges the Bay Area and the Central Valley, began providing 125 residents with monthly payments of $500 back in February 2019. SEED research highlighted the lack of faith in public and private institutions that often characterize marginalized cities like Stockton, whose majority minority population was hit especially hard by redlining and segregated housing policies. In 2012, Stockton became the then-largest city to file for bankruptcy in American history.

Overall, recipients have spent the most on food and report lower levels of anxiety, program researchers have found. “What can $500 really do? The answer is a whole lot,” said Amy Castro Baker, assistant professor at the University of Pennsylvania and co-researcher on the SEED program. The median income of Stockton’s recipients is $1,800 a month, so SEED payments represent an increase of almost 30 percent.

“The $500 allowed essential workers and whole families to be able to shelter in place and follow public health guidelines,” Castro Baker said. “It’s allowing them to weather a public health crisis because they’re able to provide the basics. And they wouldn’t have been able to otherwise.”

That focus on those most vulnerable to economic insecurity is what differentiates Tubbs’ vision from wider calls for universal basic income. Famously advocated by Dr. Martin Luther King, UBI implies unconditional monthly payments to all Americans, whether they work or not. In 2016, the startup incubator Y Combinator funded a basic income study that was supposed to evolve into a full-fledged pilot project in Oakland, but it never materialized. Tesla founder Elon Musk and startup founder Andrew Yang, who ran his 2020 presidential campaign on a UBI proposal, have also championed the idea as a potential solution to future job automation.

With guaranteed income, however, not everyone necessarily receives money. In Stockton, only residents living in neighborhoods with a median income below the city’s $46,033 a year were eligible. In that way, Samra said guaranteed income pilots are a way to offer reparations to the communities most affected by institutional racism. Within Stockton’s poorer neighborhoods, recipients were chosen randomly.

Many oppose guaranteed income projects, saying they deter people from working. Rob Lapsley, president of the California Business Roundtable,called it an “easy way out” of addressing existing problems with California’s complex web of public benefits, which he says is inefficient.

Aside from a few who left a second or third job, Samra said there’s been no indication the monthly payments have stopped recipients from working, a trend she says is reinforced by existing research. But she recognizes guaranteed income isn’t a silver bullet. “It has to be coupled with other social safety nets like fair housing practices,” she said.

Last month, barely two payments away from the end of the project, SEED said it received enough philanthropic backing for a six-month extension. “By then, I’ll be just about totally debt-free,” said Virginia Medina, a recipient and retired correctional facility worker. “It’s going to be a good feeling.”

Now, 16 mayors from across the country are pushing for similar federal programs. Mayors for a Guaranteed Income doesn’t require concrete policy commitments from participating mayors, but Oakland’s Libby Schaaf already took it a step further by pledging to start Oakland’s own pilot program if private funding materializes.

“If there’s one silver lining to this pandemic, it’s that policymakers are more open to transformative changes like guaranteed income,” said Schaaf.

This article is part of The California Divide, a collaboration among newsrooms examining income inequity and economic survival in California. 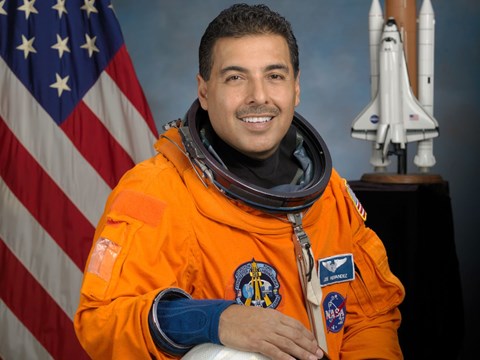 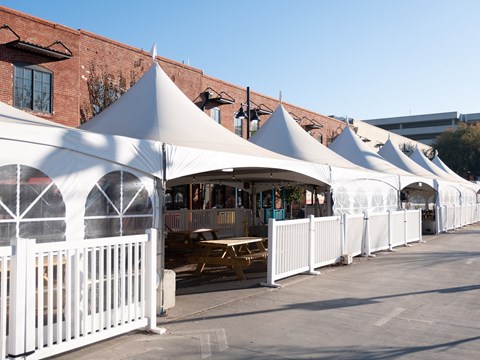 Newsom Teases A New Stay-At-Home Order, But Local Officials Are In The Dark