By Nina Sparling and Tessa Paoli

Jake Sainsbury and Jesse Folsom had planned to spend this coming weekend gripping the handlebars of their mountain bikes, race numbers pinned to their jerseys, with an eye on the finish line on Main Street in Downieville, California, their hometown.

Since 1995, the Downieville Classic has brought all kinds of cyclists to Sierra County for a weekend of hard riding on some of the most coveted mountain biking trails in California. More than that, it brought tourists and customers for local businesses.

This year would have been the 25th anniversary of the race. But it’s not happening because of the COVID-19 pandemic.

Jake raced for the first time last year and was hoping to beat his time this summer.

Jesse and Jake are the Downieville High mountain bike team. Jake’s dad, Pete Sainsbury coaches them, and the boys had been training all year for this year’s race. The cancellation hasn’t kept them off their bikes, but they’re pretty disappointed that they won’t get the chance to compete. 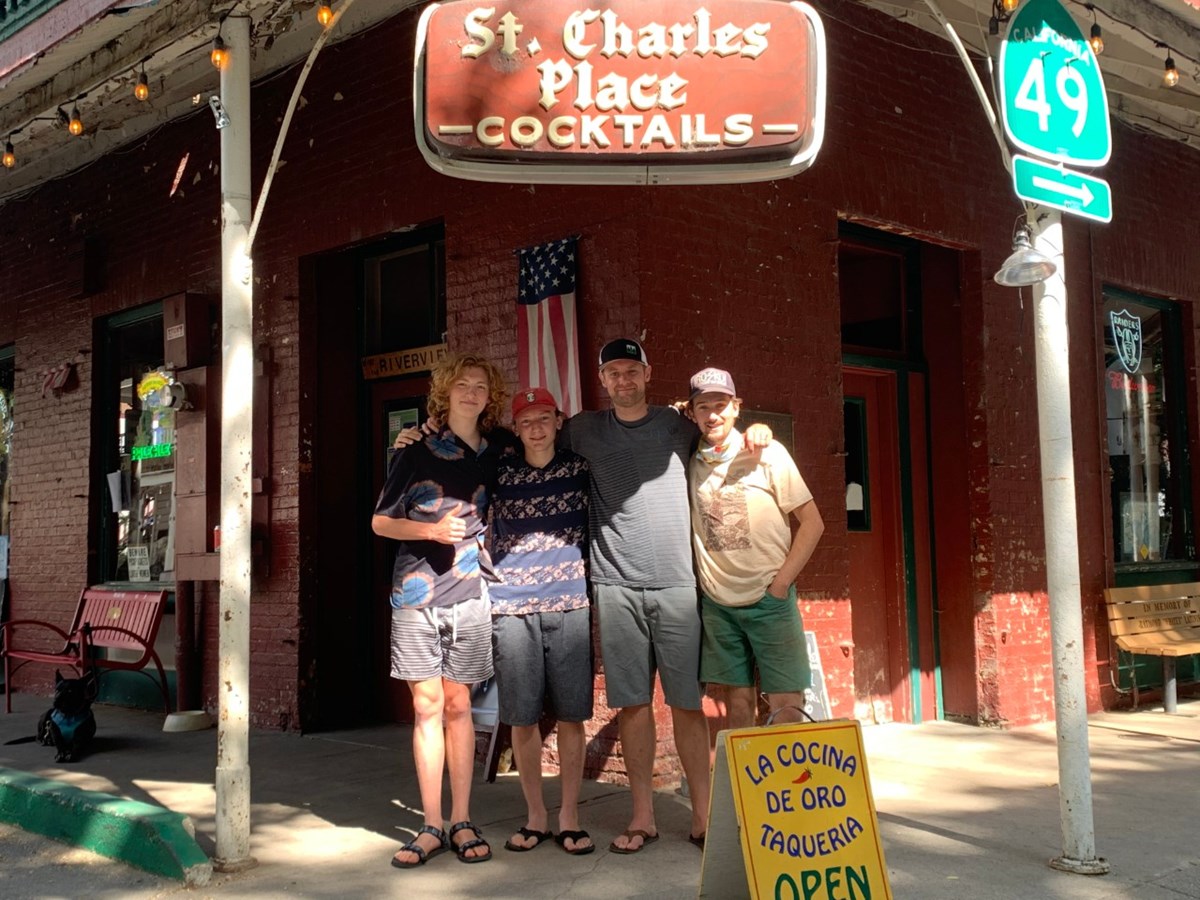 “It’s like the biggest event of the summer,” Jesse said. The whole town lights up for the event.

“It’s like Christmas in the middle of the summer,” Jake said.

Greg Williams started the bike race in 1995. He’s the executive director of the Sierra Buttes Trail Stewardship. The organization coordinates the bike race and several other summertime events in Sierra and Plumas counties.

The Downieville Classic is a weekend-long event. On Saturday, cyclists complete a 27-mile route that runs from Sierra City to Downieville. On Sunday, many take back to the trails for a faster, thrilling downhill ride.

And all weekend long Downieville buzzes with activity. Williams and his crew build a 70-foot jump into the Yuba River. Thousands of people come to ride, to cheer on friends and family, or drink a beer by the river.

The decision to cancel the 25th anniversary of the event was a tough one. But Greg didn’t see another option

“We start to attract a lot of people from all over the world and Downieville is not ready for that right now,” he said. “We don't want to be the organization that tried to help save the town that took it out.”

For Greg, the financial risk is far less than the risk to public health. But he knows it’s not just tough on him and his business.

Jared Donahue works at a bike shop in town and is also the assistant coach of the Downieville High mountain biking team. He recognizes the need to protect people’s health, but is worried about what the cancellation means for the local economy.

Jared moved here a year ago and is a regular at La Cocina de Oro, the taqueria in town. Feather Ortiz runs the restaurant and a nursery across the street. Sierra County has been home since 1973, when she left Southern California for the mountain. She saw the economy teeter in the 1990s.

“Logging went bad and mining went bad. We didn’t have the economy and then the mountain bikers came in. And the bike shops came in,” she said.

Mountain bikers keep Downieville on the map and her restaurant open.

“They have saved this town from going into a little ghost town, and that’s a big deal,” she said.

Feather missed several months of seasonal business in April and May, but finally opened back up in June when the first wave of restrictions lifted in Sierra County. Cyclists and meandering tourists stop in for burritos and tacos, but not having the business during race weekend is going to make things harder for her

“We have the bike races and we have all kinds of little events. And so that pays my bills, that carries me,” she said.

The event is also one of the few times of year that the locals don’t have to leave Downieville to be in a crowd. Mia Martinelli is going to be a sophomore at Downieville High. She could care less about mountain biking, but was still eager for race weekend.

“There's a lot of cute boys that come up,” she said. “When that got canceled, it was a little bit disappointing.”

Jesse and Jake are bummed too.

“We’ll have to wait 'till next year,” Jesse said. “More time to train, I guess.”

They plan to hit the trails anyway next weekend, and maybe discover some new ones.