Opponents to Mayor Darrell Steinberg’s “strong mayor” initiative plan are proposing a ballot measure of their own.

Some activists involved in the organizing of this summer’s George Floyd demonstrations in Sacramento feel many elements of Steinberg’s proposal can be done without changing the mayor’s role or city charter.

“We believe the strong mayor and the ethics initiative he’s trying to present should be separated,” said Sonia Lewis, with the Liberation Collective for Black Sacramento. “They should be two separate thoughts so the people can then decide what’s best for our city.”

Last week, Steinberg proposed his ballot measure that would give him more power over the city’s budget and the appointment of the city manager.

While the mayor says the changes will lead to more policymaking around equity, community activists say those changes can happen without creating a more top-down city government system.

The counter-proposal, which has the support of organizations like Public Health Advocates and Black Women Organized for Political Action, separates the “strong mayor” provision into its own ballot item. It also creates ballot initiatives  to strengthen how city equity proposals are implemented.

The mayor’s proposed ballot measure would introduce participatory budgeting, require that all city policy be evaluated through a lens of equity and inclusion, and give more voice to the city’s ethics commission. It would also require that $40 million be put aside from the city’s budget to go toward underserved communities.

Steinberg believes the mayor needs to have tighter control over the budget and the city manager in order to implement the protesters’ calls for policy changes, such as reallocating law enforcement spending.

“I did not run for this office to make this change,” he said in an interview with CapRadio. “It’s really only been since the killing of George Floyd that it’s crystallized for me that the mayor is accountable and yet has one of nine votes with little or no executive authority to be able to move in the direction that people are demanding.”

Lewis acknowledged that some of the equity proposals could not be done with the current system of city governance. But she also said Steinberg himself is not the right leader to implement them.

“We are under a system where a city manager holds all of the keys and all of the power,” Lewis said. “While on one hand, this is a potentially good move for the city, we just don’t think mayor Steinberg deserves to be a strong mayor.”

Flojaune Cofer, senior director of policy at Public Health Advocates and a vocal critic of the mayor’s views on police budgeting, said she appreciates recent discussions about budget policy after the George Floyd protests. But she also said she was suspicious of the timing of the proposal.

“This is not the first time that leadership has heard these proposals and they have largely made no attempts to move forward on them,” said Cofer, who is also the chair of the Measure U Community Advisory Committee.

Cofer said the strong mayor proposal is being deliberated at a time when power is about to shift on the city council with the upcoming election: Either Mai Vang or Les Simmons will be voted into council to represent District 8 in South Sacramento, and Councilwoman-elect Katie Valenzuela will preside over District 4. If Vang wins, this will add diversity and left-leaning leadership to the council, but it could impact Steinberg’s majority.

“We’d be a lot more able to trust the true intentions of it if these equity proposals were considered on their own and not as part of a major shift in power that’s happening,” Cofer said. “It almost seems like pumping the brakes on the direction Sacramento is going in.”

Kula Koenig, president of Black Women Organized for Political Action, said she saw Steinberg’s ballot proposal as a way to use the current political moment as an opportunity to try to grow his power “by saying, ‘Hey I’m going to push my own agenda as a strong mayor, because I can’t give you what you want in terms of equity unless I’m a strong mayor,’ which is not true,” Koenig said.

Opponents hope to put their counter-proposal before the council on August 4.

California Has Reported The First Teen Death From COVID-19. Here’s What Parents Need To Know 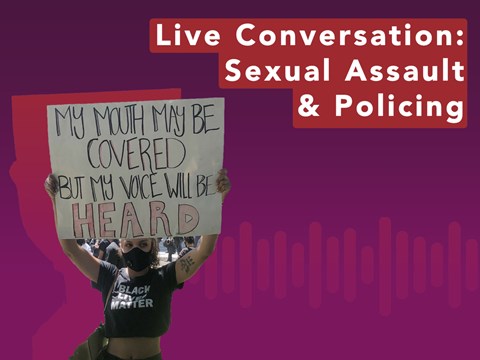