Ask The Experts: What To Consider Before You Camp, Hike, Backpack During Mask Summer

UPDATE: We originally published this story June 25. We're republishing it now with an audio version of the story. Click play above to listen.

Californians love the outdoors. Camping, backpacking, road trips and other outdoor activities take a lot of planning, though. But how should people get into nature responsibly as the threat of COVID-19 grows?

California has nine national parks, 20 national forests, and around 300 state parks. All of them are opening in a little bit of a different way. Visitors to Yosemite National Park have to make an online reservation for a day pass and camping is almost entirely canceled through July. Each state park has its own set of guidelines and national forests are slowly reopening as well. The Forest Service recently released a map of all its California recreation sites and whether they are open or not.

“Some things may remain closed, some things will be open. That's all we're asking you to check in first, you know, do that research before you go,” said Jim Bacon, director of public services for the Pacific Southwest Region of the Forest Service.

With all the differences CapRadio asked outdoor experts about how safe it is to get outdoors and how to analyze risk. It's important during a time when California is seeing an increase in positive COVID-19 cases daily — on June 23 there were more than 7,000 in one day.

“Instead of hiking a strenuous hike or instead of going on a 5.10 route rock climbing (an intermediate climbing route) take a more moderate approach,” said Alyson Wright, REI’s Local Brand Engagement & Impact Manager for the Western Region of the U.S.

Going outdoors while the pandemic grows is about analyzing the trade-offs, said Miranda Worthen, a professor in the Department of Public Health and Recreation at San Jose State.

“The outdoors is really important for people ... even urban green spaces provide spiritual connection for people,” said Worthen. “We really have to think about what kind of responsibilities we bear to the communities that we're visiting,” she said.

Keeping others in mind might result in a low-key summer, but Worthen says thinking twice about how far to travel and planning ahead could save lives. She says this includes everything from filling up your gas tank before you leave your community to wearing a mask.

Here's more of what we learned from experts on how to plan your summer outdoors during COVID-19.

Jim Bacon, director of public services for the Pacific Southwest Region of the Forest Service

Miranda Worthen, associate professor in the Department of Public Health and recreation at San Jose State 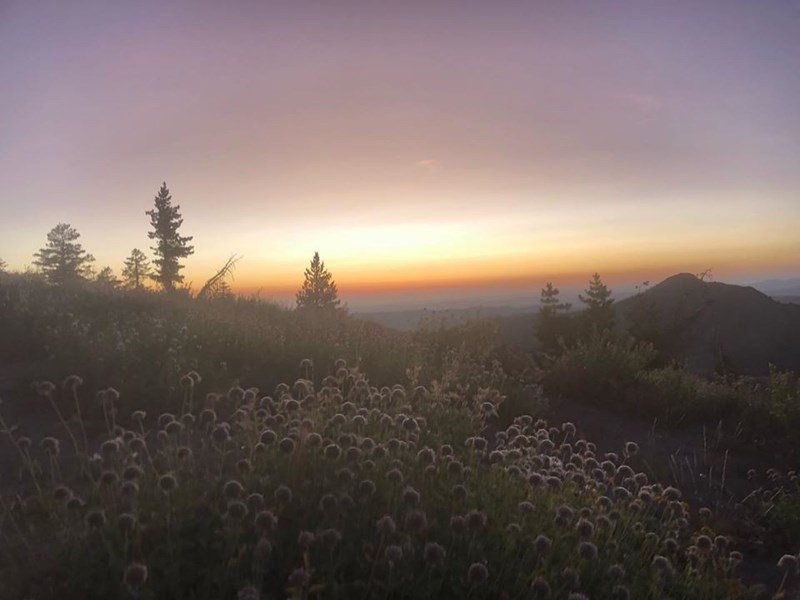 One of the most basic forms of outdoor activities is hiking. Day trips to hiking spots are easy, but epidemiologists and outdoor groups are encouraging people to stay close to home even as things reopen.

If you decide to hike, Miranda Worthen with San Jose State says at the very minimum to bring hand sanitizer and a mask. But how close is too close when hiking?

Worthen says hiking as an outdoor activity is about how much risk a person is willing to take. As the state begins to reopen, she says the best thing to do is to recreate only with the people you have mutually chosen to share risk with.

“You're only as risk free as the least cautious person in that bubble,” she said. “You should be wearing a mask when you're in close proximity with your friends.”

She and other experts, like Alyson Wright with REI, suggest gassing up in your own community and packing your own lunch instead of stopping at local stores.

“That's one thing that I've been doing on a lot of my weekend hikes is not thinking that I'm going to stop at this local little general store … even though now they are starting to open,” she said. “It's just out of my comfort … Those are ways that we can think about small changes in our behavior that can help us lower our risk.”

One more thing. All the experts say go hiking with options in mind. For example, if your first option for a hike looks packed full of people go to your second or third options.

Part of that is knowing the jurisdiction of the trail you’re on, having a map (paper or downloaded on a phone or GPS since you may not have coverage) and taking responsibility for whatever you bring with you.

“Don't leave your trash behind … know before you go, do some research, understand the local situation and circumstances [because] some of these communities are remote,” said Jim Bacon with the Forest Service. 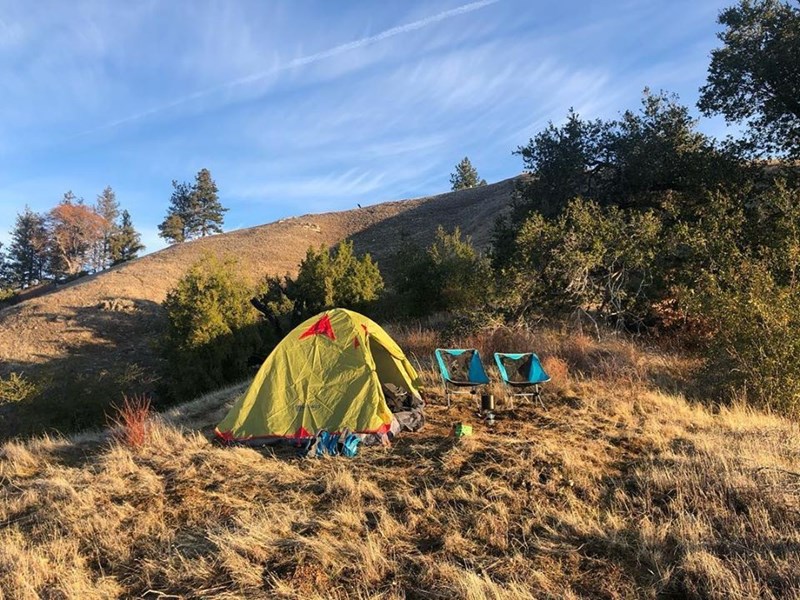 All the rules are pretty much the same for camping (wear a mask, maintain distance), but there are options where people can camp away from others. The Forest Service and California State Parks have partially opened camping . And others like Yosemite National Park are offering very limited amounts.

With people being indoors for so long, Bacon with the Forest Service says he expects many new campers. He recommends they stay in designated campsites so they can get acquainted with gear, a campfire, and setting up a tent. Usually there are amenities, like restrooms, at designated sites.

California State Parks has slowly begun to open campgrounds as well, but is relying on each county for input on how to reopen.

“We are going to have a limited number of campsites available,” said spokesperson Adeline Yee. “Everyone just needs to recreate responsibly because we are living in unprecedented times.”

Yee says some parking lots are still closed and others will only have partial capacity. She says the best way to find out the rules is to book online and to go through the specific state park website in the area you are visiting.

“People just need to make sure they're being patient when they're coming out and just [realize] it's not gonna be the same,” Yee said.

“If you've got all that gear, you got a tent, and so on and so forth … there's thousands of miles of forest service roads to camp off of,” he said. “You just want to check in with the local forest where you're trying to go and see what roads are open.”

But when it comes to camping, Miranda Worthen, the epidemiologist from San Jose State, has some suggestions. She says if it's windy there’s an unlikely chance of sufficient exposure of spreading COVID-19 amongst each other.

“But if you're kind of all clustered around the campfire at night, and there's not much of a wind, and you're laughing and singing camp songs, and you're sitting there for two hours, that's a risky behavior,” she said.

At the same time she realizes there is no real safe recreation out there. “That's why I personally feel like we have to make trade-offs ... I fully support people doing safer recreation especially if you or people in your household are feeling a lot of distress.” 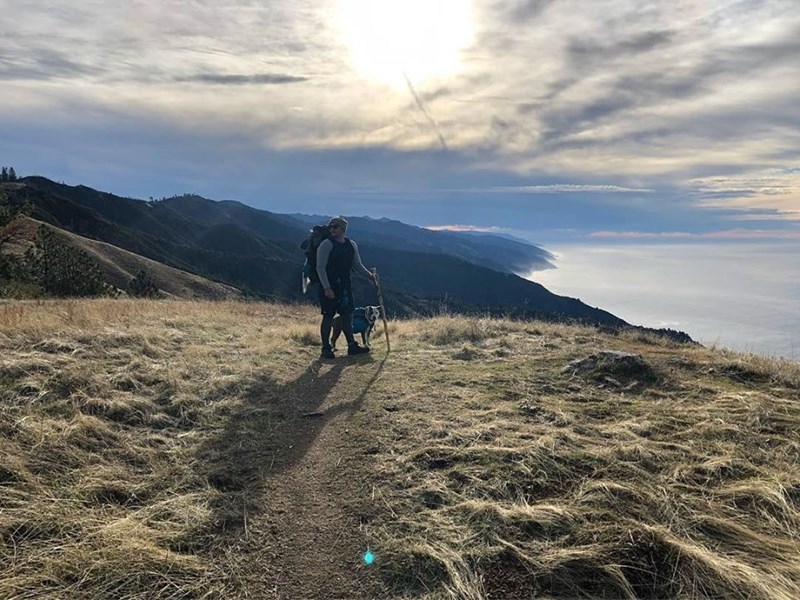 Usually when backpacking people have to travel far distances to trailheads and cross counties and communities. That’s why groups like the Pacific Crest Trail Association have released guidelines for exploring the backcountry.

The PCTA is supporting single day-hikes, horseback rides and longer trips that don’t require resupplying only if they are in your local area. The group suggests exploring local areas over traveling far distances to protect vulnerable remote communities.

“If you live far from the PCT, there are likely many great trails near you — so consider exploring these nearby open spaces and trails,” a PCTA release said.

There are also 20 national forests in California and people can backpack them.

“There's thousands and thousands of acres of designated wilderness and national forests and other areas where you can get a backcountry permit and go out and hike out and camp out in the wilderness,” said Bacon with the Forest Service.

Bacon says the Forest Service isn’t encouraging long distance travel, but is encouraging exploration if you are with people from your household and if you have all the necessary equipment, including a fire permit.

“If you're going to backpack in the wilderness area you should be allowed to still have your camp stove,” Bacon said. “You just got to know before you go and research any restrictions that might apply in the local situation.” 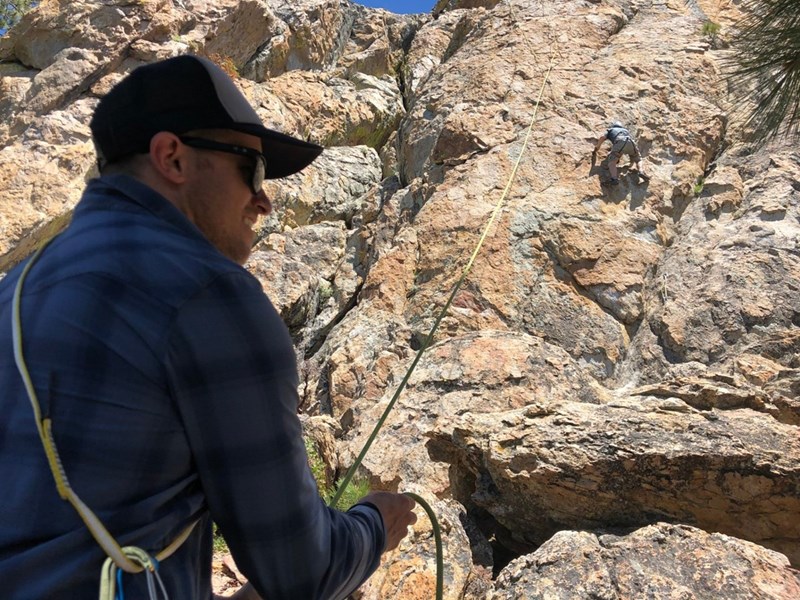 When partaking in activities that include more risk from either COVID-19 or the sport itself, Alyson Wright with REI says to consider if you can actually have your own space to socially distance.

Take kayaking or whitewater rafting for an example. Once you’re out on the water you may be alone, but what’s the parking lot like and the dock?

“I think it's just like with mountain biking and rock climbing in that if you've done these sports before, maybe take a more moderate or easy approach, because you never know, it doesn't matter if you're a newbie or an expert, like there's still risk involved,” she said.