By Tessa Paoli and Nina Sparling

TyAnna Farmer had her outfit ready for the High Sierra Music Festival this year. Sparkles, glitter, glow sticks, and fishnets. “All the festival works,” she said.

Farmer will be a senior next year at Plumas Charter School in Quincy. She looks forward to the High Sierra Music Festival every year.

“High Sierra doesn't even feel like I'm in Quincy, it feels like I'm in a whole other place,” Farmer said.

But High Sierra was one of dozens of summer events cancelled this year, thanks to the COVID-19 pandemic. It's kept many mountain towns in Northern California normally bustling with tourists quieter than usual this year, especially over the holiday weekend.

Many long standing July Fourth events were cancelled in Sierra and Plumas counties, leaving locals worried about the economy and less than excited to spend the weekend socially distant. Farmer is bummed to miss out on the annual escape from small-town life, and the cancellation is a big problem for local businesses.

John Steffanic manages the Plumas-Sierra County Fairgrounds. It’s about 60 acres of neatly mowed grass. Normally, he watches the music festival unfold from a cot in his office. He’s trying to stay optimistic, but the cancellation is a huge hit for his operations.

“Twenty percent of our revenue is from the High Sierra,” he said. That’s nerve-wracking for the fairgrounds, but Steffanic is more worried about what it means for the community to lose out on thousands of tourists with money to spend.

“It's not like they're just blowing into town, bringing their own beer with them, and they're making bologna sandwiches,” he said. “They come. They spend money.”

But it’s not just big-ticket music festivals that aren’t happening this summer. Taylorsville, a tiny mountain town 45 minutes north of Quincy is dealing with a cancellation of its own: the annual Silver Buckle Rodeo.

Misty Banchio is a fourth-generation cowgirl and president of the Indian Valley Riding and Roping Club.

“My dad, my grandfather, and now my kids and I all have rodeoed,” she said. 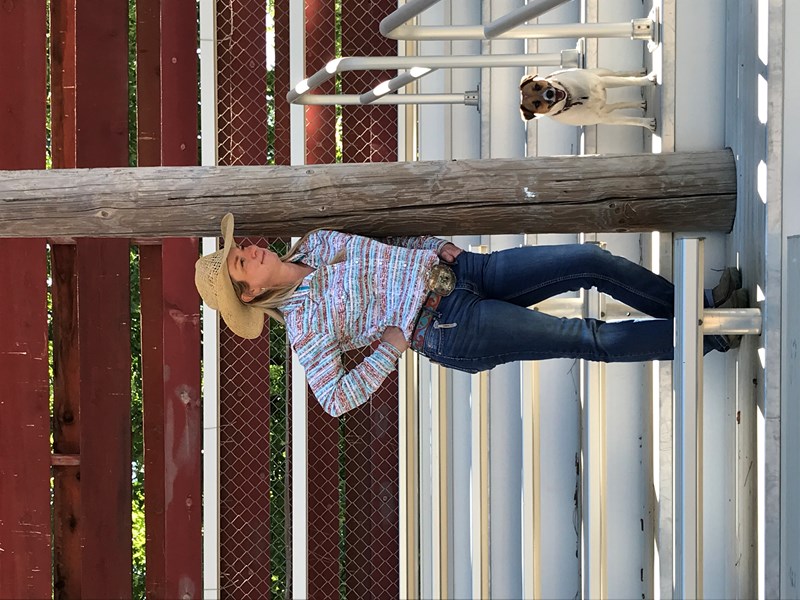 Misty Banchio has never seen the grandstand at the Silver Buckle Rodeo empty on the Fourth of July — until this year.Nina Sparling for CapRadio

This is the first time the town canceled the event since 1949. The rodeo is the event of the year in Taylorsville. Banchio held out until early June to make the call, in part because she knew it’d be hard on local businesses.

“This town like triples just because of the rodeo,” she said. The cancellation left her neighbors uncertain how to celebrate.

“A lot of people have called me and are like, what are we going to do on the Fourth? We have nothing to do because it's been here so long,” Banchio said.

And like in Quincy, Taylorsville’s small businesses rely on the rodeo to stay open year round. Kelly Tan owns Young’s Market in town and she counts on the Fourth of July weekend, too.

“We just have to make it up somewhere else,” she said. “You just have to be as smart as you can and hope for the best in the end.”

She cut the store’s hours and is working on controlling other expenses, too.

But for Banchio, the rodeo is more than an economic pillar. It’s a piece of what it means to live in Taylorsville.

“This is not just canceling an event,” she said. “It’s a way of life.”

Canceling the rodeo is letting down future generations, who she hopes will keep the event going. Her daughter Lacie Banchio was counting on the rodeo this year — she was hoping to run for rodeo queen.

Ten-year-old Bodie Kingdon is learning to be patient, too. He’s been riding horses since he could walk.

This year, he was supposed to move up a division, to saddle bronc. Like everything, it’ll have to wait.

Why Sprawl Could Be The Next Big Climate Change Battle