Some Controversial Monuments Come Down Overnight, But Others — Like A Mountain Peak — Take Years To Rename

UPDATE: On July 9, 2020, the U.S. Board on Geographic Names approved renaming Jeff Davis Peak “Sentinel Rock,” with the larger geographic landmark named “Da-ek Dow Go-et Mountain.” The approval was the final hurdle to changing the name.

As monuments of colonizers and slave owners are scrubbed across California, Jeff Davis Peak in remote Alpine County endures — for now.

Decisions to remove or change some landmarks have accelerated in recent weeks, following impassioned demonstrations against police brutality and racial injustice. A statue of settler John Sutter was taken down in Sacramento, for example, and top state lawmakers have vowed to remove one of Christopher Columbus from the Capitol.

But the process of renaming a mountain or river apparently can take years.

The effort to change Jeff Davis Peak began in 2017, when the Alpine County board of supervisors first considered the proposal. The new name would be “Da-ek Dow Go-et,” a Washoe Tribe phrase meaning “saddle between two points.”

For two-and-a-half years, that name change has been stuck in the molasses of bureaucracy.

“It may sound straightforward to say, ‘Well, we want to change a name,” said Jennifer Runyon, a researcher with the U.S. Board On Geographic Names. “There are just so many moving parts — it really is a matter of getting input from so many different entities.”

Jeff Davis Peak, which could get its new name approved in the coming weeks, is a massive rock formation roughly 20 miles south of Lake Tahoe. It’s named after Jefferson Davis, president of the Confederate States during the American Civil War. Historians say the name likely came from residents of a nearby mining village, many of whom emigrated from the South in the 19th century.

Some reports claim nearby Pickett Peak is named after Confederate General George E. Pickett. According to California Place Names: The Origin and Etymology of Current Geographical Names, the peak refers to an early stage station, Pickett Place, which has no connection to the Confederate figure.

Jefferson Davis does not appear to have any direct association with Alpine County.  In fact, the former Confederate leader vehemently opposed the creation of California altogether, because it would be a free state without slaves.

Alpine County, population 1,129, is 70% white and less than 1% Black, according to the U.S. Census Bureau. About 24% of the population is Native American.

“We had a name for every peak, every stream, every creek, ditch, puddle — everything,” Jim said. “To start putting names — Washoe names — the way they should be, back into these places, is really important.” 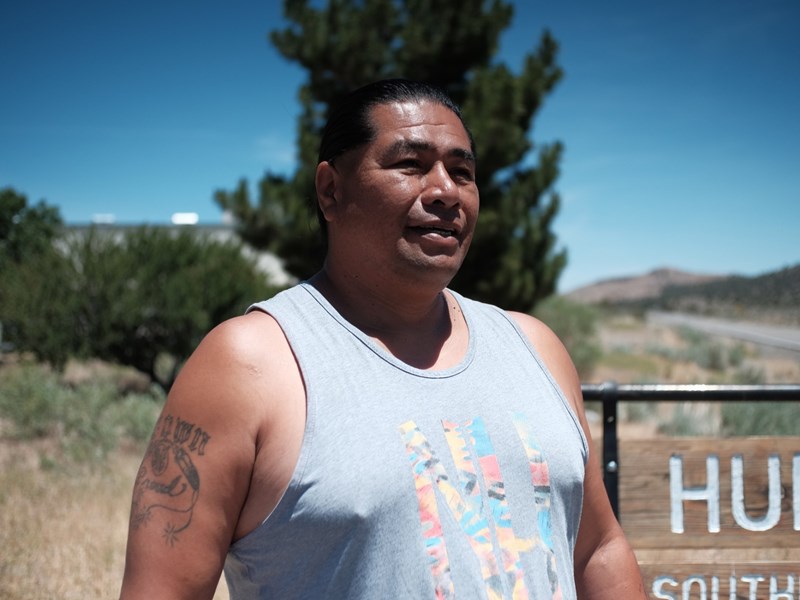 Irvin Jim is the chairman of the Washoe Tribe’s Hung A Lel Ti.Scott Rodd

The county approved the name change, despite some pushback. The area historical society, for example, wanted to keep Jeff Davis Peak.

The proposal got sign-off from the U.S. Forest Service, and then went before the state Advisory Committee on Geographic Names — which rejected it, at first. The committee found the Washoe phrase “hard to pronounce,” according to meeting minutes, and had no local association.

“Typical white society thing to say,” Jim said. “This is our homeland, over 10,000 years of being here.”

The California Advisory Committee on Geographic Names declined an interview request, but member Tiffany Meyer wrote in an email that it takes renaming landmarks seriously, and weighs historical and local considerations.

The committee has since approved a compromised name change. The actual peak would be called Sentinel Rock, based off a map from the late 1880s, and the larger geographic feature would be called Da-ek Dow Go-et Mountain. 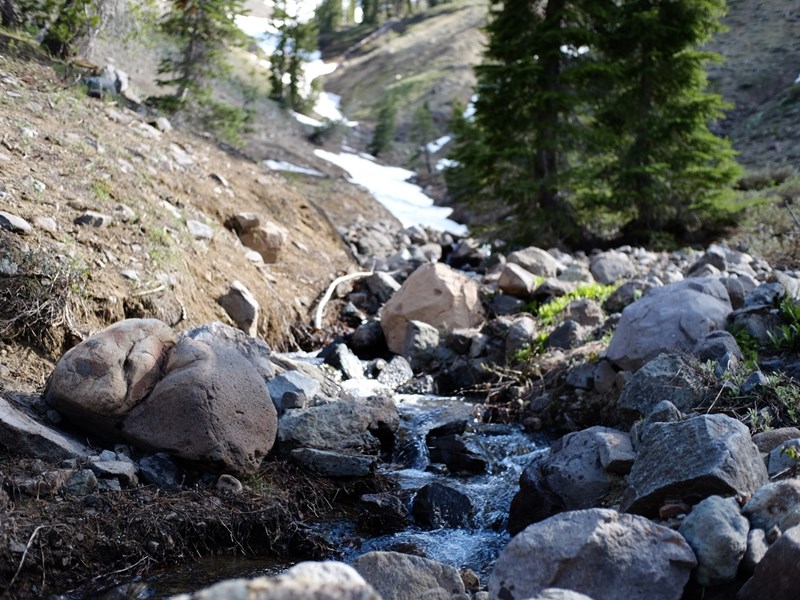 Jeff Davis Creek runs along the eastern base of Jeff Davis Peak.Scott Rodd

If the county and Washoe Tribe agree to the tweaked name, the final hurdle will be approval from the U.S. Board on Geographic Names. The proposal could appear on its agenda as early as July.

As for Jeff Davis Creek, which runs along the eastern base of the mountain — the process for renaming that landmark hasn’t even started.