Sacramento Business Owners Wake Up to Vandalized Stores; Demonstrators Say Government Does Not Hear Them

Sacramento was a city of broken glass and spray paint Sunday morning after crowds broke windows, tagged buildings with anti-police graffiti and stole from businesses like Sharif’s Jewelers, Macy’s and many locally owned shops.

Sarah Swanson, who owns Eyes on J Optometry, says she couldn’t bear to watch the news coverage on Saturday night, when a demonstration in solidarity with George Floyd protesters across the country devolved into theft and vandalism.

“It was too upsetting to really watch and know [what was happening], and with no power of what to do. I woke up this morning with a phone call from a detective,” she said.

Swanson’s shop has been closed for 10 weeks because of the COVID-19 pandemic. She  had planned to reopen on Monday, and says she feels conflicted: Of the 600 glasses and frames she had on the wall she says 20 are still usable.

“I’m for the cause I understand why people are upset. I think it has a lot of justifications for making sure that you know voices are heard, but I just feel like it went too far, obviously,” she said. 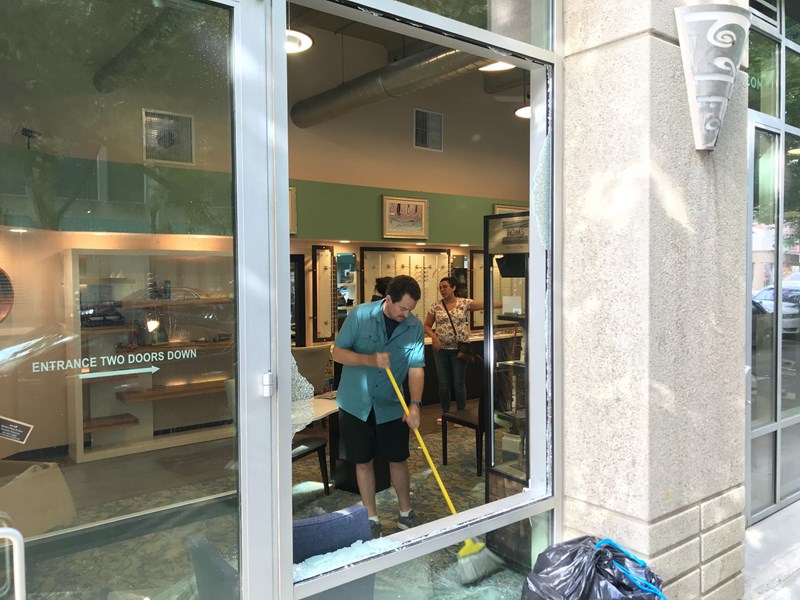 In front of her store, Bethany Freemon was wearing a mask and black gloves as she picked up a pile of broken glass. She wasn’t from any organization. She just wanted to help.

“I can’t really go to protests, because if I get arrested then my paycheck that goes toward people will be gone,” she said. “But if … this how I can be an ally, then this is how I’ll be an ally.”

She says she supports the demonstrations and people bringing attention to Floyd’s death.

“There’s a need for change,” Freemon said. “We just need to do it in a way where we’re helping one another.”

When asked if the rioting was helping or hurting the cause, she said she thinks it does both. “I think it’s making headlines and I think it’s also hurting Californians,” she said.

Demonstrators on Saturday night and early Sunday morning said their actions were about confronting racial injustice.

Paul Kalmu, an immigrant from East Africa, says he had been out demonstrating since 8 a.m. and is protesting the injustice of the George Floyd police killing.

He says he doesn’t condone damaging businesses. But is OK with challenging law enforcement.

“You can’t stand there and get shot or watch your brother get shot,” Kalmu said. 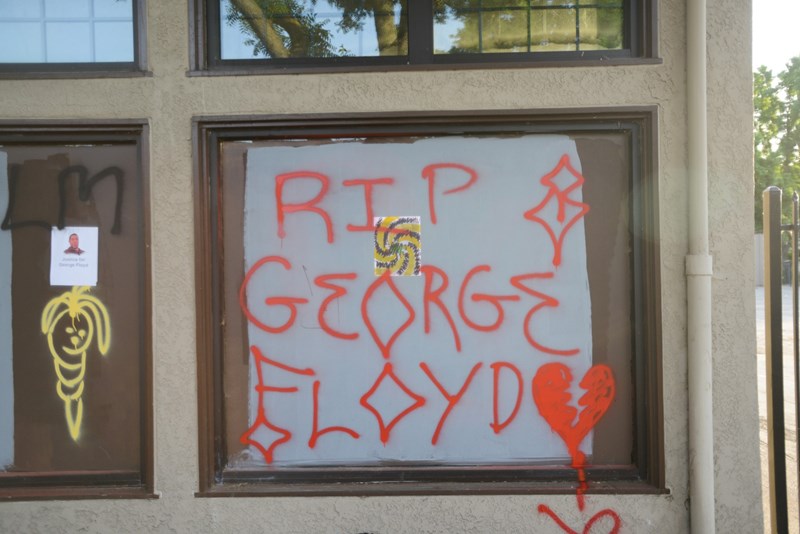 Jason Bell, a demonstrator from Natomas, said the rioting and protesting was about “a matter of not having an outlet for the frustration, the uproar” over the killing of black men by law enforcement.

“We feel like we don't know what's going on. This is how we voice our opinion. The world may see it as wrong. This is what we feel it's gonna take for the government to hear us,” Bell said.

Some people decried the vandalism and stealing from businesses.

Ani Ramirez lives in Sacramento and says she’s never seen this level of damage in the city. She says it reminds her of the Watts riots and said what happened on Saturday night was done by “opportunists.”

“To wake up this morning and find that Sharif’s Jewelers is trashed on the corner,” she said. “[Sharif’s] never did anything to anybody, or Rite Aid, a neighborhood staple that’s necessary for this area. … [The vandalism] is counter to what the neighborhood needs.” 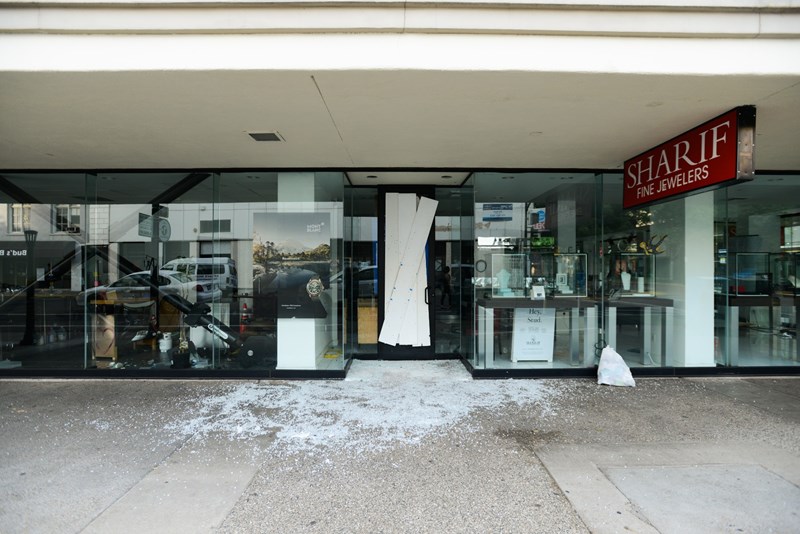 Michael Shorter lives on J Street, which is the epicenter of the damage.

He says he was in full support of the protest, which was peaceful early, but not of the destruction that came later.

He noted that when he was outside when the vandalism first started on Saturday, he saw an equal number of white and black people destroying property and stealing from shops.

Many downtown stores had already boarded up their broken windows by the time most people were finishing breakfast on Sunday morning.