This weekend, protesters in Sacramento have expressed intense feelings of rage, sadness and fear over the death of George Floyd at the hands of police officers in Minnesota. Those feelings have also led to sometimes destructive actions in Sacramento and around the nation.

But demonstrators said Floyd’s death was nothing new for them, and the feelings weren’t just tied to this one incident. People spoke out against the continued killing of black people by police officers.

At a peaceful event Sunday afternoon at Cesar Chavez Plaza in downtown Sacramento, hundreds gathered in solidarity with protesters around the nation following the deaths of Floyd, Breonna Taylor in Kentucky and the many other black people who have been killed by police.

Here’s what they’re feeling as they demonstrate: 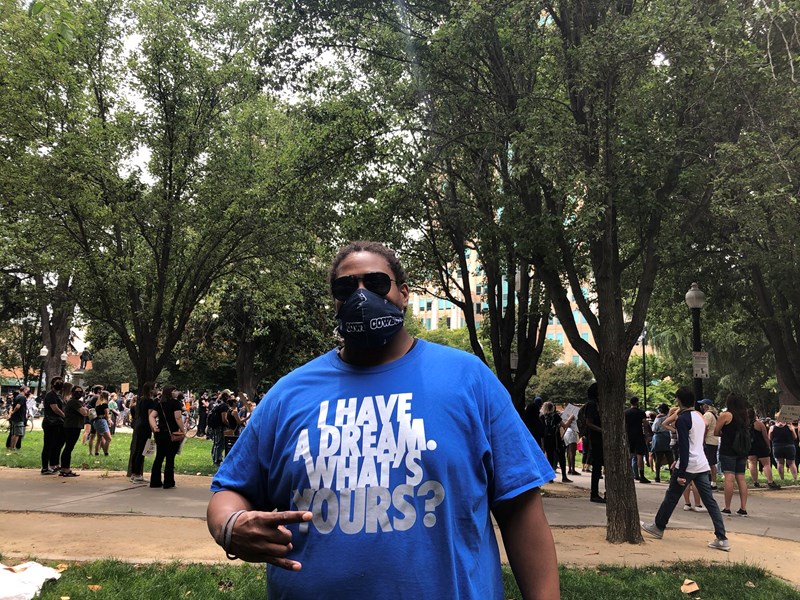 I can't describe what it feels like. It's not just about one or two instances. This pain, for people like myself, it's historical. I think about all the way back to slavery up until today, where we continually are separated from American society. We're treated as if we're less than.

And so, to say that my pain is just in one instance is inaccurate. It really is about historical pain. So I'm really feeling the pain of my father, who grew up in the South, and my grandfather, and still today to stand as a 38-year-old man and have to deal with the same type of injustice, it hurts on a level that's hard to articulate and have other people really connect to. 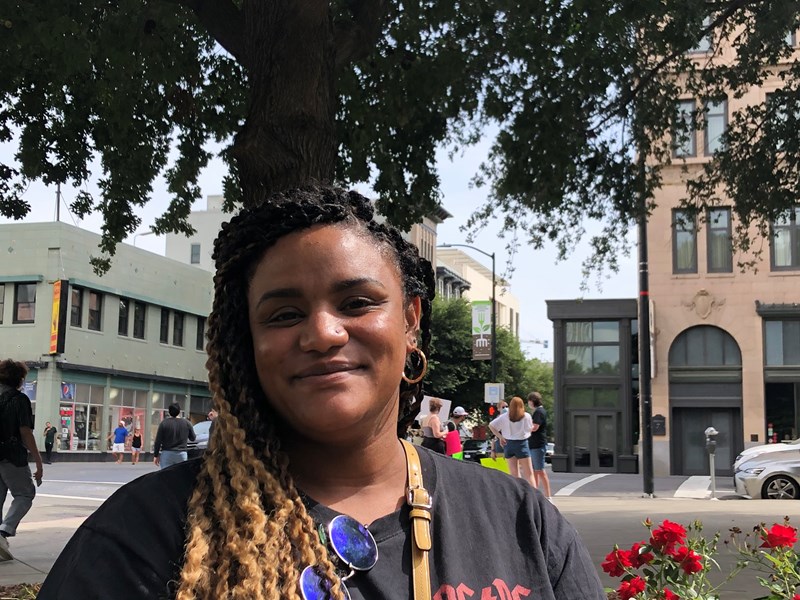 I sound hopeful because, as the quote goes, to be black in America is to be in a rage all the time, and I'm angry a lot. I'm constantly telling my friends and educating them as allies, what I see, what my experience is.

… I heard waking up this morning and even watching the social media last night, a lot of people talking about the looting and [how] it detracts from the message, or you guys [will] lose people ... If those people are lost because of looters, they weren't won either way.

If they think that they're winning the moral high ground because of looting, it doesn't take away from the fact that a man was killed unjustly … I think if anyone makes that argument, they need to look at why is it that just a building, which I understand is someone's job and someone's life, I get how much that hurts. But buildings can be rebuilt, businesses can be brought back. Jobs can be found. That life once it’s gone, can’t be [brought back]. And just because someone loots, it doesn't negate from what actually happened and what we're actually fighting for. 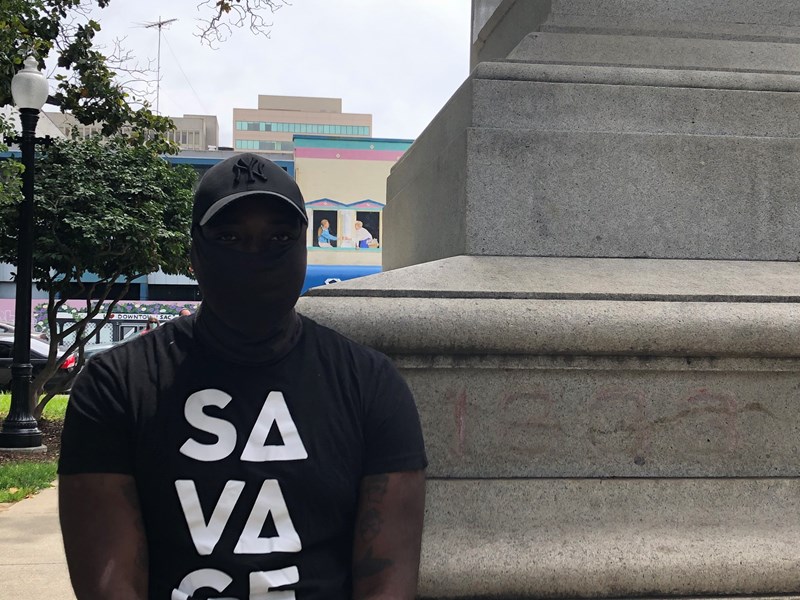 When that officer is kneeling on [George Floyd’s] neck for 10 minutes ... As a black man living in America, it felt like he was kneeling on all of our necks. The last three, four years, thanks to video, we've seen the inequalities that go on in this country and black lives should not be less than white lives.

All lives matter, but black lives are the ones that matter because we are the ones being killed every single day by the boys in blue because they feel like they have the authority to do so.

The feelings that go along with being black in America cannot be replicated. It's hard to understand, but the way that being a black man in America plays out to most people on the news is as a savage. I'm a bigger black man. So every time, every interaction I've had with the police has been pushing me, throwing me against cars, throwing me against walls. 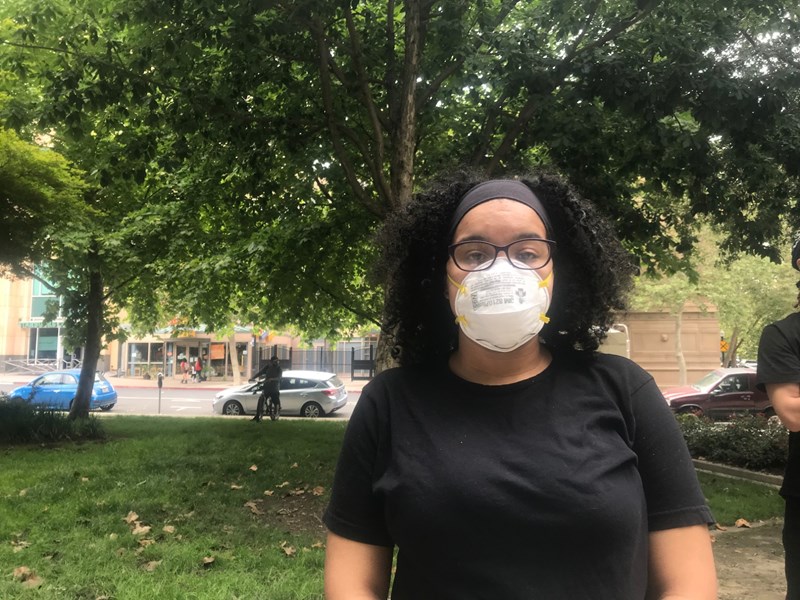 It hurts to see my people just being put down, like keep getting treated like we're lesser than. I can't go into a grocery store without security guards just following me. I don't feel safe in my own neighborhood. Cops’ll start me for walking. It's not right.

Note: On Saturday Sacramento Sheriff's deputy shot an 18-year-old demonstrator in the head with a rubber bullet.

There was a teenager who got shot yesterday. He's a kid, and the fact that some people, they just don't understand, and people think it's okay. It doesn't sit right with me. You can't sit and let it just happen. I feel wrong if I'm not out here standing up for what I believe in, because otherwise I'm part of the problem. 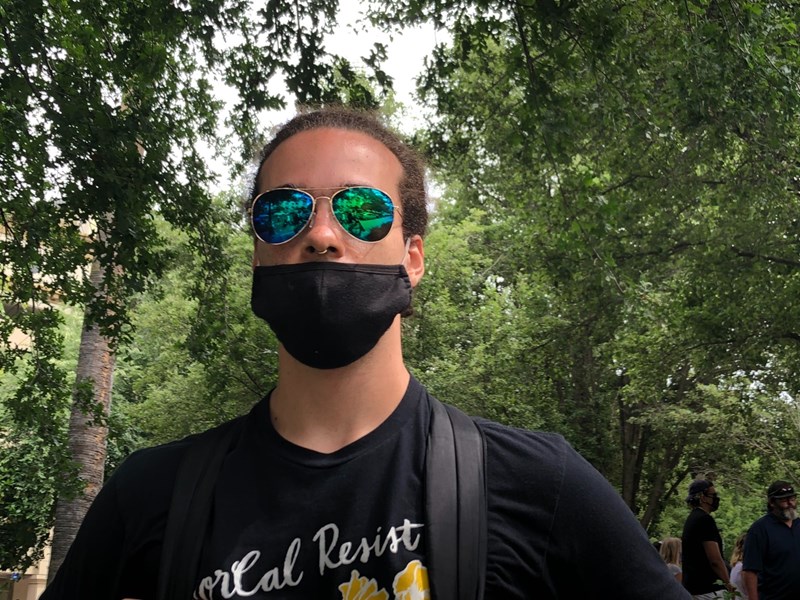 There is a blight of supremacy worldwide. Every nation, every person thinks that they know the best way to do things. Only through unity and cohesion, alliance, can we find a way to surpass our true pitfalls: disease, loss of our natural habitat. That's what needs to change.

… The media has conflicted this [destruction of property during protests] to be associated with this [the peaceful gathering in Cesar Chavez Plaza]. The actions of individuals do represent the community, but also the divisions in how we decide to enact that … If anyone’s been paying attention to our platform, that’s the furthest thing from what we’re working towards.

They go in there 15, 16, and they lose their whole young years. So they come out different people and they're used to that environment. So that begins the cycle ... 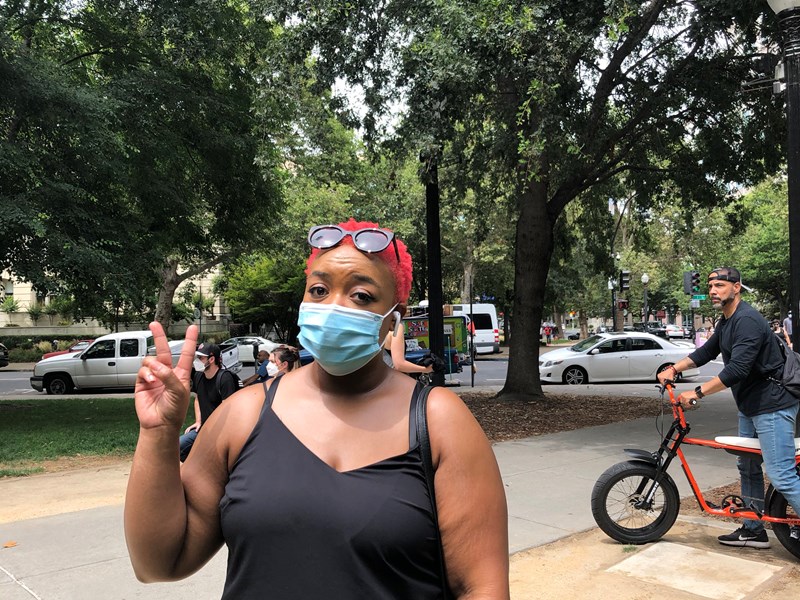 It means not only “black lives matter” in terms of not being murdered by the police, it's in terms of access to resources, access to things that improve the quality of life for a lot of black people. Because racism is systemic.

It's not just people burning down churches and lynching black people. It's also when we don't have access to medical care and we don't have access to clean food and opportunity to be able to change the community. And so when you think about “black lives matter,” it's like literally, take your foot off our neck, but legislation has its foot on our neck. Violence is the legislation and violence is the systemic oppression. 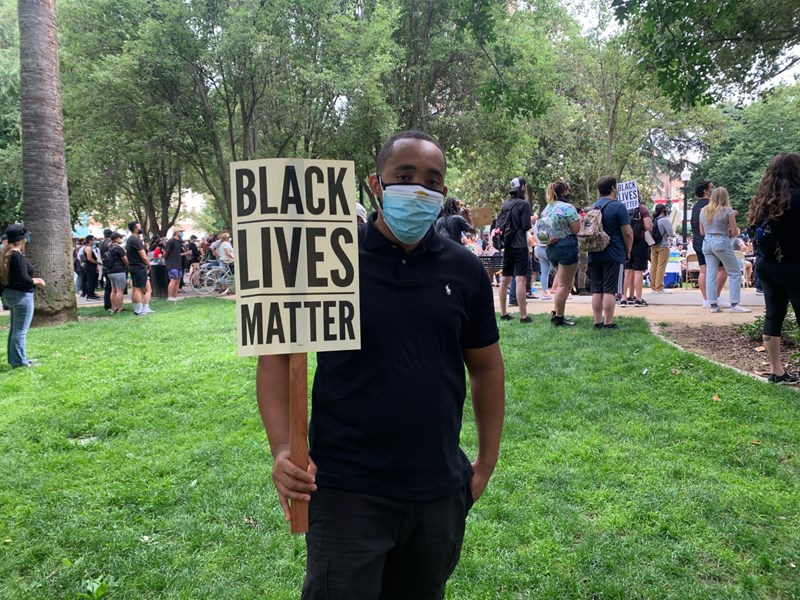 It all worries me. We're in the middle of a pandemic and we have people out here fighting for justice for another pandemic, which is structural, historical, and ongoing racism. And what are the repercussions of that going to be? The violence that's going on is worrying me. The state of our society as it pertains to equality and equity for children is worrying me. I think when I see it, I’m filled with anxiety and frustration and nervousness, which is why we're out here today.

These interviews have been edited for brevity and clarity.

Correction: Brittany Randall's comments in this story have been updated to clarify her remarks.