When California officials told residents to stay home and avoid social contact to prevent the spread of COVID-19, Susan O’Brien says it “hit at the heart” of her business model.

She owns the The Kitchen Table, a boutique that sells cooking items out of a little house in East Sacramento. “A big part of our business model was gathering people here in person… and coming in[to the store] and being inspired by something,” O’Brien said.

Before March, locals would stand in-line or sit together on the store’s grassy front lawn to indulge at her food pop-up events, catered by Borderlands Bakery or a fried chicken cone maker.

So for the past two months, she says, she’s been figuring out “how to bring the store to them.”

That included personalized shopping sessions with customers through FaceTime, and the hand-delivery of customized gift baskets to customers’ homes. And she finally got around to creating a website so people could shop online.

“I didn’t realize how creative I could get with it,” she said.

Sacramento County restaurants and some retailers are now allowed to reopen as of Friday at noon. But for most, it will remain a steep climb back to the economic activity they saw before the pandemic shuttered doors.

Local businesses have been getting creative in order to survive during the two months of shelter-in-place orders — and for many of them the changes will forever shape their business.

“We were a bit lost, to be honest.” he said. adding that Localis was meant as a cozy space for fine dining, not take-out. “We’ve done a total of five to-go orders in the five years we’ve been open.”

Eventually, Barnum-Dann decided to offer three- and four-course tasting menus to-go. He and his team also figured out how to keep ice cream perfectly frozen by the time it reaches its destination, even 30 or 40 miles away.

Localis sold more tasting menus for take-out on Mothers Day than it did on any Mother’s Day pre-COVID.

And Barnum-Dann even expanded the restaurant’s offerings to Auburn, where he lives and that he promotes through social media.

Revenue is still only a fraction of what it was before March, and he had to lay off a majority of his staff. But the changes have helped him stay afloat in “the situation that we’re in,” he said.

Midtown’s Aioli Bodega Espanola restaurant turned into a neighborhood grocery almost overnight. Owner Aziz Bellarbi-Salah says it was a good way to get rid of perishable food items and attract passers-by in the well-populated neighborhood.

Bellarbi-Salah stocked storefront shelves with face masks, and also jewelry and CBD products. He’s sold toilet paper and yeast in bulk when those items were missing from shelves at major supermarkets.

“That was a really great way to get customers,” Bellarbi-Salah said, adding that some of those retail items will stay even when his restaurant is fully opened back up this week.

For other Sacramento-area businesses, new customers poured in simply because of new needs due to the stay-at-home economy. 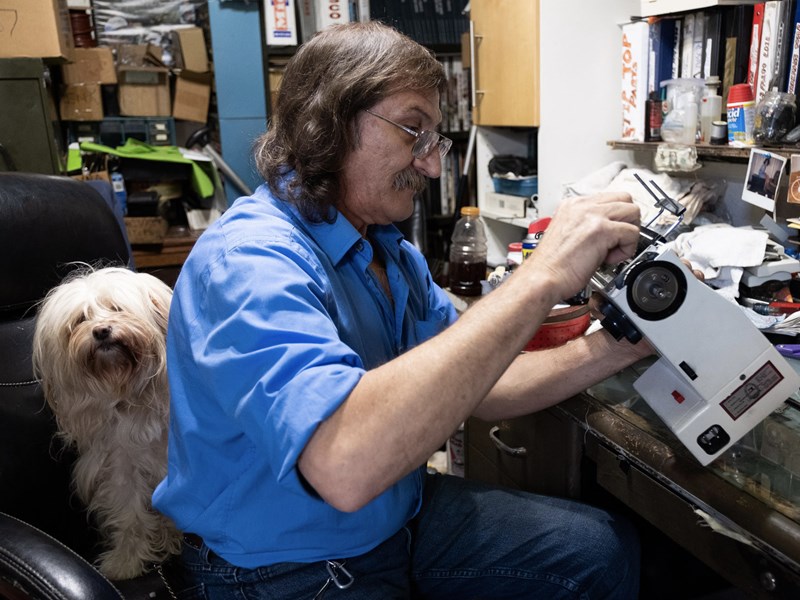 Terry Conard repairs a sewing machine in his shop with his dog, Furby, Tuesday May 19, 2020.Andrew Nixon / CapRadio

Terry Conard, owner of Fruitridge Vacuum and Sewing in South Sacramento, has been busy fixing sewing machines since the pandemic hit. Before March, he saw maybe three sewing machines a week. Now, he’s repairing eight or nine a day, in part for people who are making face coverings.

“People are sitting at home, they’re not doing anything,” he said. “They want to sew, especially making those masks.”

At farmers markets, locally produced meat and produce is flying off the stands, according to Emily Baime Michaels with the Midtown Association, a business group that organizes the Saturday market at  20th and J streets.

She says the organization is seriously considering opening a mid-week market at a second location.

“They are actually upping the volume that they’re bringing to the market, and the vast majority of them are still selling out by the end,” Baime Michaels said.

Taran Harper, who sells poultry and meat from her family farm Coffee Pot Ranch in Placer County, says they’re moving twice as much as usual at the Midtown market. She and Baime Michaels say customers feel safer shopping for groceries outdoors, and they like the direct connection with producers.

That personal touch between consumer and vendor may be helping keep businesses afloat in the COVID economy, says Amanda Blackwood, president and CEO with the Sacramento Metro Chamber of Commerce.

She says businesses that have been proactive about staying relevant to their client base are much more likely to survive.

“People buy things based on relationships,” Blackwood said. “So, whatever you can do to continue to connect, or even to grow, your relationships in a more genuine or authentic way is going to not only allow you do business now, but … position you competitively for when you open in a traditional way.”

Even for businesses that have seen some increased sales for specific items, overall revenue has stayed the same or gone down.

For instance, vacuum repairs are down at Conard’s shop. And a couple of farmers markets where Harper sells meat are closed for now. And Harper says she’s spending more to keep things safe and sanitary.

O’Brien with The Kitchen Table says her new ways of doing business are helping keep the lights on for now.  She says her store is small, so even when business opens back up fully, she’ll focus mainly on one-on-one shopping and her online store. She thinks the online store will pay off, as if she had opened a second location.

Both the Localis and Aioli restaurant owners say the strong community is what has kept them a float.

“I’m just completely blown away with the support that we’ve got throughout this time,” Barnum-Dann said. “There’s no place I’d rather be than Sacramento.”

California Files Its 82nd Lawsuit Against Trump Administration. This Time It’s Over Human Health And Pollution From Cars 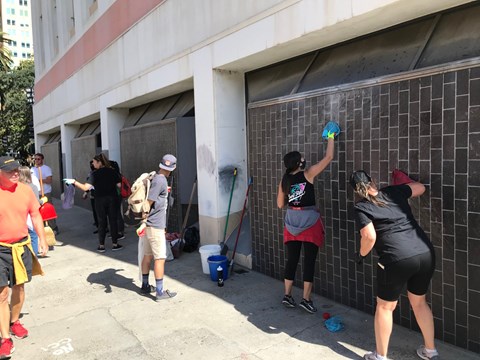