With restaurants and stores closed, the city of Sacramento has come to a halt as a result of the coronavirus. Like other places where much of government revenue is dependent on sales tax, Sacramento is now facing a budget deficit.

But one bright spot is that the city received $89 million in stimulus money from the federal government this week.

The city is forecasting a $30 million drop in overall revenue as a result of the coronavirus pandemic for this fiscal year, which ends in June, and $60 million for next year. The federal funds can’t be used to fill budget gaps, however, and must be used before the end of the calendar year.

Mayor Darrell Steinberg hopes to use funds from the Measure U sales tax, which was previously slated to partly go toward underserved communities, to fill the budget shortfall. He said the federal stimulus money would then be used to replenish Measure U spending.

“Measure U is very much alive, but in a different form,” Steinberg said. “Another way to say it is, one set of resources goes away at least temporarily and another emerges.”

In 2018, voters approved an extension of Measure U, which increased an existing half-cent sales tax to a full penny, in hopes of generating funds for “economic inclusion” projects in underserved neighborhoods and revitalizing commercial corridors in places like Del Paso Heights and South Sacramento. The goal was to bring in $95 million a year.

Earlier this year, a citizen’s advisory committee began looking at applications for projects the funds could cover, such as affordable housing projects or a fresh foods programs.

Stevante Clark was part of the committee. He expressed frustration that its members hadn’t been alerted to the mayor’s plan.

Prior to the coronavirus, Clark said the committee had been looking at seven different proposals for use of the funds, including an affordable housing project in Del Paso Heights, a small-business incubator and a program to provide fresh, healthy meals to neighborhoods in food deserts.

“We talked about Measure U, we got it approved, we say it’s for inclusive economy for all communities. But what we’re not doing, we’re not seeing it,” Clark said. “We want community centers, we want resource centers, we want affordable and transitional housing.”

The mayor said Measure U will now be used to pay for essential services like police officers, firefighters and parks. He hopes part of the $89 million in federal money could be allocated back to Measure U’s original goals.

“I want to continue to plan to invest in enlivening our various commercial corridors as economic magnets. Stockton Boulevard, Franklin Boulevard, Northgate has so much promise. and Del Paso Boulevard,” Steinberg said.

He also mentioned putting investment into workforce development and the city’s “creative economy.”

As for the $89 million in stimulus money, the city still needs more federal guidance on how it can be spent. Officials anticipate receiving word by the end of this week. 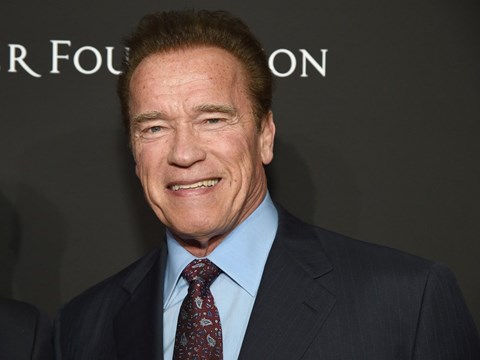 After Months Of Demonstrations At Nevada’s Capitol, Officials Prepare For Possible Armed Protests