Sports games, theatrical performances, music festivals and other large gatherings have been banned in California since mid-March in an effort to prevent the spread of COVID-19.

Gov. Gavin Newsom’s recent announcement about gradually moving out of quarantine did not leave much wiggle room for these events

"The prospect of mass gatherings is negligible at best until we get to herd immunity and we get to a vaccine,” Newsom said Tuesday. “Large scale events that bring in hundreds, thousand, tens of thousands of strangers … is not in the cards."

While Californians may be able to return to their schools, workplaces and favorite restaurants with some adjustments for social distancing, public health leaders say it’s much harder to minimize risk at events that are inherently crowded.

“We know that this virus spreads person to person, and what is a gathering? It’s person to person,” said Jenny Tan, spokesperson for Yolo County. “So we really want to cut down on as many of those as possible.”

Tan says the county has been working closely with West Sacramento to relay public health directives to the River Cats baseball team and other groups that use the Sutter Health Park, formerly known as Raley Field.

The NBA’s March 11 season suspension dealt a shock to Sacramento Kings fans, even before the state order came down. Theaters, arenas, fairgrounds and convention centers have spent the past month updating customers.

“Our ticket office staff is working on refunding tickets instead of selling tickets,” said Dave Pier, executive director of the Harris Center in Folsom. The arts venue canceled nearly 100 events between mid-March and mid-May and has had to furlough many of its workers. “It’s a pretty substantial impact across the board.”

Meanwhile, major music festivals such as Coachella in Indio and BottleRock in Napa have pushed off events until fall. But experts say it could be a much longer wait until large public gatherings are allowed. Los Angeles Mayor Eric Garcetti says sporting events and concerts may not resume until 2021.

Organizers of the California State Fair, which drew more than 600,000 people to Sacramento’s California Exposition last summer, have not yet made a decision about the July event.

“Cal Expo has taken to heart the comments made by the governor and state health officials and we are carefully considering all aspects and implications of hosting, postponing or cancelling the 2020 CA State Fair,” wrote Margaret Mohr, deputy general manager of business development and marketing, in an email.

Scientists expect a coronavirus vaccine could take up up to 18 months to be developed. Without one, the virus can quickly spread via physical contact and droplets from coughing and sneezing. It can also live on hard surfaces such as plastic and stainless steel for two to three days.

Placer County Public Health Officer Dr. Aimee Sisson says this is why the restriction on  large gatherings will likely be “one of the last pieces of ‘normal life’ to come back as we emerge from shelter-in-place orders.”

“The more people at an event, the more infections that could result from having a single infected person in that crowd,” she said. “And depending on the type of event it could also be very difficult to track those who have been exposed in a timely manner in order to quarantine them so that they don’t spread infection to others.”

Some theatres are considering socially distanced seating, or having patrons sit far away from each other at performances. Newsom hinted that this could be a solution for restaurants that wish to serve a limited number of customers at spaced-out tables.

Pier, of the Harris Center, says this option is “possible, but not really so feasible” for performance venues.

“The economics don’t work very well,” he said. “And then you still have common areas:  the main entrance, the lobby, the restrooms … areas people utilize that are much more dense in terms of how close to each other people get.”

And while distanced seating could work in stadiums and auditoriums, it’s much more difficult to implement in standing-room-only venues or outdoor festivals, where people tend to pack in.

Sales site Ticketmaster, and its parent company Live Nation Entertainment, came under fire for not immediately refunding tickets for postponed or cancelled events. Now they’re saying customers can request refunds starting next month, or hold onto tickets for rescheduled performances. The company is also offering credits for future tickets and inviting people to donate the value of their tickets to COVID-19 relief.

Will Psychedelics Become Legal In California? 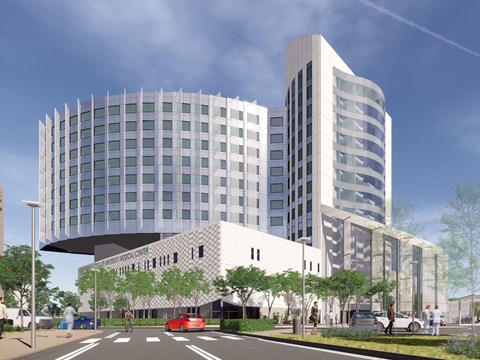