Outside of a Motel 6 in the city of Campbell, Gov. Gavin Newsom said California, in partnership with the motel chain, has secured about 16,000 hotel and motel rooms to house people in the homeless community amid the coronavirus outbreak.

“Now, we have the capacity that exceeds our original goal,” Newsom said on Saturday.

Except, that wasn’t the state’s original target. A few weeks earlier, at a March 21 press conference, the governor established a much more ambitious one: 51,000 rooms.

Then, on April 3, Newsom announced Project Roomkey, which aimed to secure 15,000 hotel and motel rooms for people experiencing homelessness.

The state said it would be reimbursed by the Federal Emergency Management Agency for up to 75 percent of the costs, including money spent on meals and wraparound services.

The governor’s office told CapRadio that the administration scaled back its initial hotel room target as models showed a reduced number of projected coronavirus cases in California. Only a few days before Newsom set the goal of 51,000 rooms, he said about 26 million Californians could contract the coronavirus.

The projections reflected a worst case scenario without mitigation efforts. With social distancing and shelter-in-place orders, the state has slowly started to flatten the curve of projected cases — and as a result, the administration reassessed its goal for procuring hotel rooms.

Newsom spokesperson Nathan Click said the administration would continue to procure hotel rooms beyond its target of 15,000.

Newsom’s office did not answer questions about how it arrived at the 15,000 room target, or why the goal had been reduced while efforts to procure other assets — such as hospital beds and personal protective equipment — had not been similarly scaled back.

The state has secured nearly 11,000 hotel and motel rooms, and so far over 4,200 homeless individuals have been housed.

The state has also entered into a master agreement with Motel 6, making available an additional 5,000 rooms around the state. County and city governments would need to take steps to bring those rooms online.

The rooms are prioritized for people who test positive for the virus, have had exposure to it or are at increased risk due to age or pre-existing health complications. The rooms provide a more stable environment to isolate.

Homelessness advocates expressed confusion and frustration about the revelation that Newsom had drastically reduced the hotel room goal.

“We really don’t know the extent to which the homeless population has been infected,” said Noel Kammermann, executive director of Loaves and Fishes in Sacramento. “It doesn’t seem like the time to be shifting the goal on that.”

He added: “Without widely testing people, how do we know what our need is?”

California, like other states, has struggled to ramp up testing availability and turnaround. For homeless populations, testing resources can be scarce — until an outbreak.

Sacramento County said Friday that it could not conclusively report the number of positive cases in the county’s homeless population.

“They’ve simply done more than all of the other counties to really support this effort,” he said.

Sacramento County was not among those mentioned.

The county, in coordination with the city of Sacramento, previously said it had secured around 200 hotel and motel rooms, with the goal of reaching about 800. Officials say they would work to acquire more rooms if needed.

So far, the county has placed 32 “households” in motel rooms, according to a press release sent late Friday.

The release does not specify the definition of “households.” But according to past interviews with Sacramento County officials, it appears to mean a group of individuals experiencing homelessness who have consistent contact with each other due to living in close proximity.

Out of the 60 trailers supplied by the state, which arrived in Sacramento in early April, three have been filled. Another two referrals are pending. The trailers are intended for at-risk people to self-isolate. 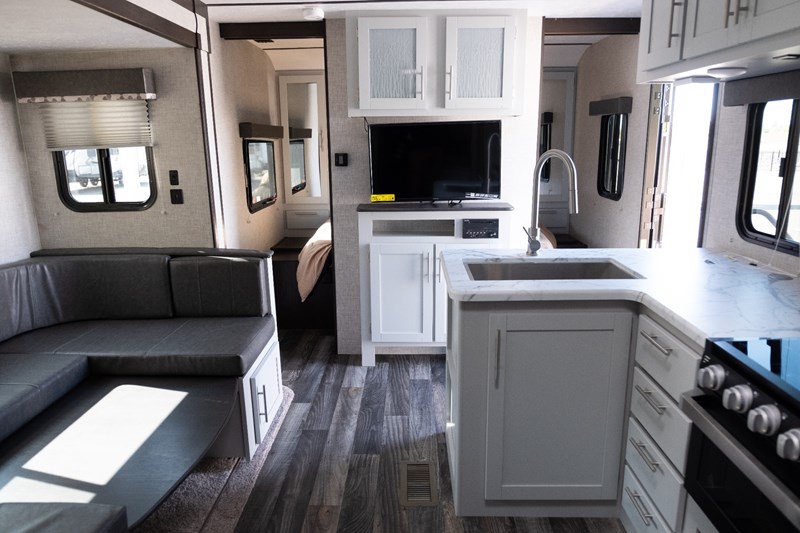 Four households declined a referral to motel rooms or trailers, and 23 were “ineligible,” according to the county press release.

Progress has been slow in Sacramento, compared to other counties — including ones with fewer people experiencing homelessness. Ventura County’s homeless population is less than 1,800, but the county has moved about 250 people into motel rooms.

Sacramento County’s population, by comparison, is over 5,500, with about 70 percent living unsheltered.

“Considering we have thousands on the streets, 32 [households in hotel rooms] is a pretty poor number,” Kammermann of Loaves and Fishes said. “That’s unacceptable. We have to be doing a better job.”

Officials are not making themselves available to discuss the process of finding shelter for homeless residents until Monday.