A repurposed elementary school in South Sacramento served as a hang-out space for dozens of middle and high schoolers on Saturday morning. They danced, checked in with neighborhood leaders and played life-sized table games such as Jenga and Connect Four. Around the room, nonprofit groups and private employers sat at tables to discuss job opportunities.

These “community pop-ups”, as organizers call them, offer low-income teens a place to spend time when they’re not at school, often with access to mentors, job help and other resources.

They’re funded in part by $2.6 million from the Measure U sales tax, which voters approved to raise by a half cent in 2018. Mayor Darrell Steinberg argued for spending some of the money on job readiness programs for youth of color, and community groups pushed for more investment in Oak Park, Del Paso Heights, Meadowview and other low-income neighborhoods north and south of downtown.

City councilman Eric Guerra spoke at the Saturday event about the need to support young people from these areas. Over the last few years, both the city and county have funded major efforts to reduce violence in these communities. Much of the on-the ground work for these programs has been driven by faith-based leaders and nonprofit groups that were already helping at-risk teens. 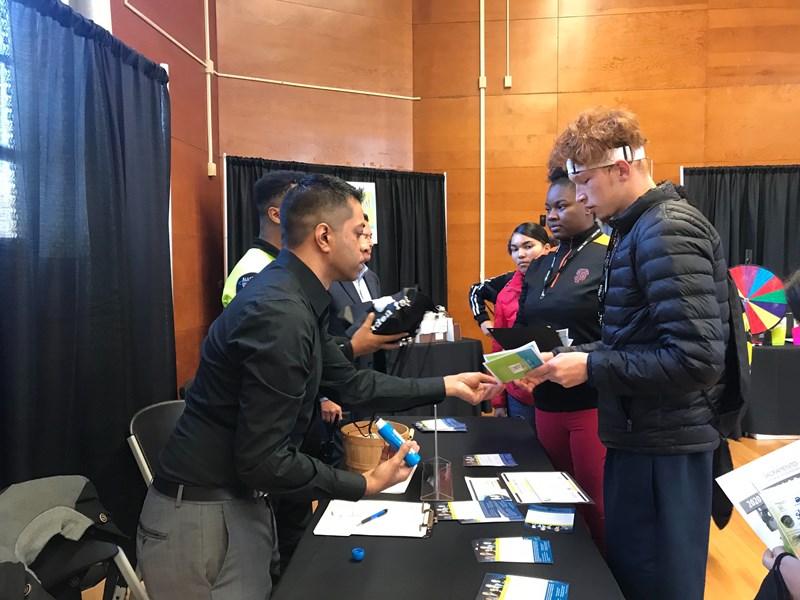 The idea for the pop-ups surfaced in late 2018, after Sacramento police broke up fights between hundreds of teens at Arden Fair mall. The goal was to redirect some of those same kids into supervised community activities and job readiness programs.

The Sacramento Police Department reports there were no juvenile homicides over the last two years. City officials and neighborhood leaders say that’s due in part to the more than 450 pop-ups that have taken place since the effort launched.

A related program called the Economic Mobility Project recruits Sacramento youth to help plan and run the pop-ups, and pays them $100 a week for that work. The first 38 participants officially completed the program Saturday.

“Communication is always a skill you can get better at, and you use it at every job, almost,” he said. “Teamwork, you need that too."

He and Dacardiae Lawton-Lewis, 18, worked together to put on several events in the South Natomas area including basketball tournaments, ice skating and carnivals. 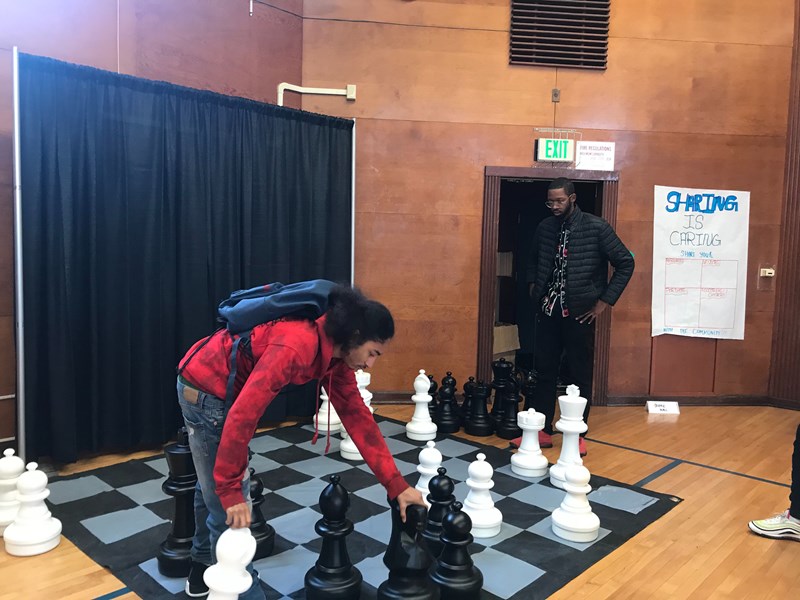 Mathis Sheridan, 19, sets up a game at a recent “youth pop-up.” These events are partially funded by Measure U, and city leaders say they’ve been key to preventing teen violence.Sammy Caiola / CapRadio

Lawton-Lewis said giving young people something to do could help prevent violence.

“We’re trying to get all the people that try to take out the anger, we try to get them in the pop-up so that they won’t do anything crazy or do anything violent,” he said. “We’re just trying to have a place for the kids so they can all have fun and be positive.”

Roughly 87% of 2019 pop-up participants were people of color, according to the organizers, and 73% were under age 19.

Mai Yang Thor, executive director of Hmong Youth and Parents United, said the events can also be inclusive of entire families. She’s noticed many parents in her community work long hours and can’t always communicate with their children.

“There’s a lack of parent engagement with the youth,” she said. “For the youth to be able to identify with themselves and with their culture … to find understanding and support for their schooling, we host activities that would engage the youth to bring their parents to join them, to build trust.”

The participants who just completed their work on the project can continue to stay involved in the pop-ups. Another group of teens and young adults will fill the next round of jobs.

UC Students Must Ready For An Online, Socially Distanced Fall