Click the "listen" button above to hear our interview with Michael Wara from Stanford University’s Climate and Energy Policy Program.

That’s prompting hard questions for the utilities, especially bankrupt Pacific Gas and Electric, which has shut off electricity to nearly 750,000 customer accounts. With an average of 3.1 people per account, PG&E has cut power to roughly 2.25 million Californians.

“Surely this is overkill and a way for PGE to avoid making their lines safe!” reads a comment submitted via CapRadio’s Great Question initiative. “Why is shutdown cost borne by ratepayers when PG&E is neither maintaining their lines for safety nor offering backup power options to their customers?” asks another participant.

We wondered if PG&E might be creating a false choice between a megafire and a mega-blackout. After all, couldn’t there be any possible alternative, a middle ground between zero people losing power and 3 million?

Wara says this week’s weather conditions throughout the state are similar to those that ignited the 2017 Napa and Sonoma wildfires.

“And unfortunately, the utilities haven’t had enough time to make the changes to their systems that they would need to in order to run them through that kind of a dangerous fire weather event and do it safely for their customers,” he says.

Yet Southern California Edison, which warns that nearly 175,000 customer accounts could be subject to blackouts, says it will decide where to cut off power on a circuit-by-circuit basis. Some circuits serve as few as 50 homes.

PG&E, on the other hand, appears to be using a sledgehammer rather than a scalpel.

“They are still in the process of deploying the kind of real-time weather stations that they would need to really have situational awareness similar to the way that San Diego Gas & Electric operates today and has for some years,” Wara says.

“So they’re playing catch-up," he adds of PG&E. “And unfortunately, what that means is, in order to be safe, they are turning off maybe more customers than anyone would like.” 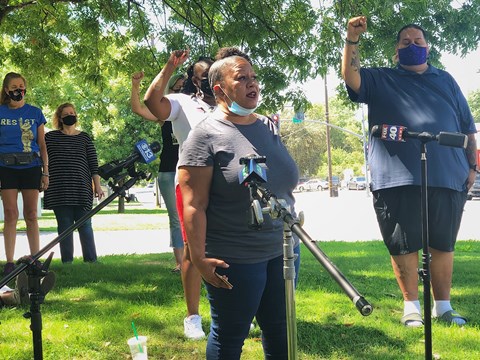