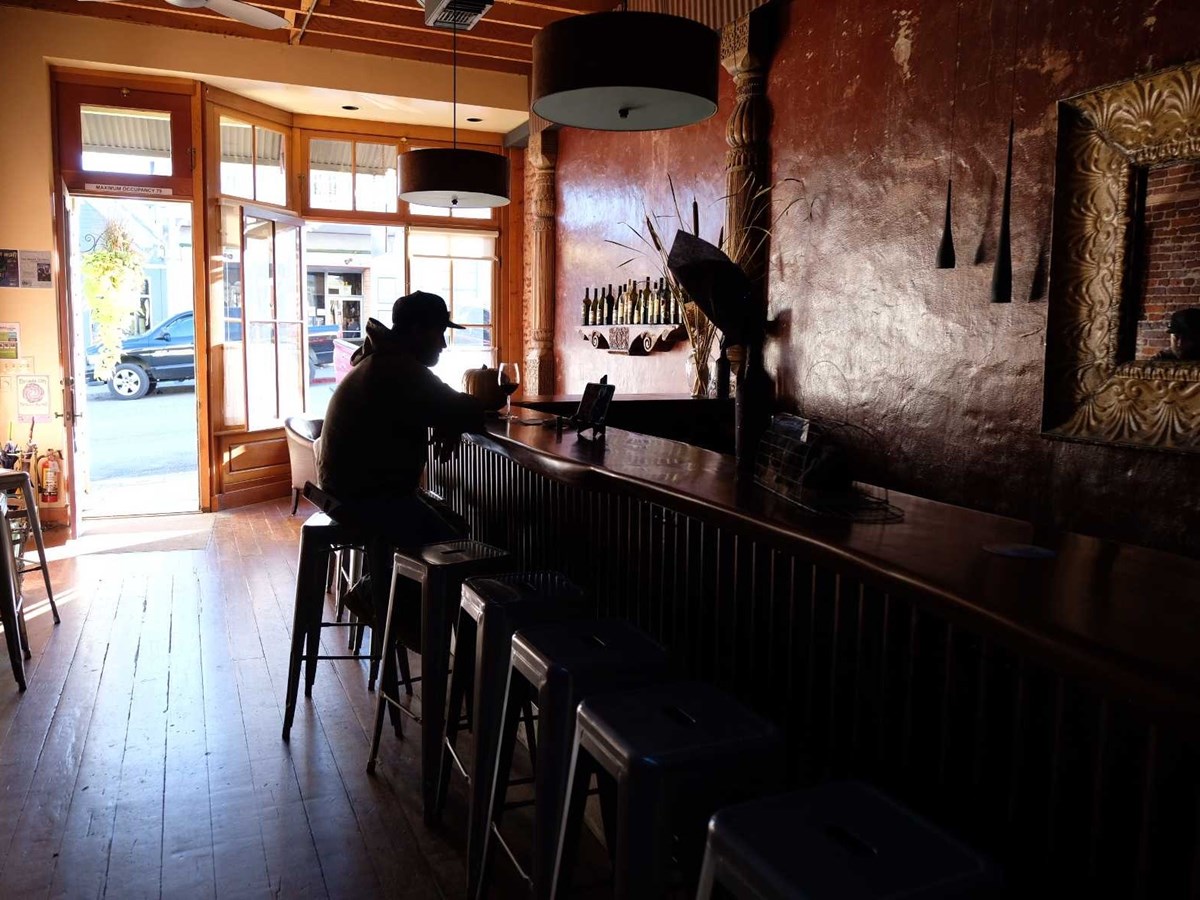 A patron sits at Szabo Vineyards Tasting Room in historic Nevada City with the lights off following the PG*E power shut off.

As many as 1.8 million Californians were without power Wednesday because of Pacific Gas and Electric's decision to shut off power amid dry weather and high winds.

Many rural Northern Californians didn't have any access to water, electricity or food during the power shutoff. But some were already prepared.

Outside the Nevada County Food Bank, Susanne Webb said her family already had a generator and has been helping neighbors since the outage started.

"We have been preparing for this for a few years, since the wildfires of 2018," Webb said. "And so we kind of got all that stuff over the past couple years, but we've had a lot of the neighbors coming by our house asking, 'Can we charge our phone at your house?' That kind of stuff." 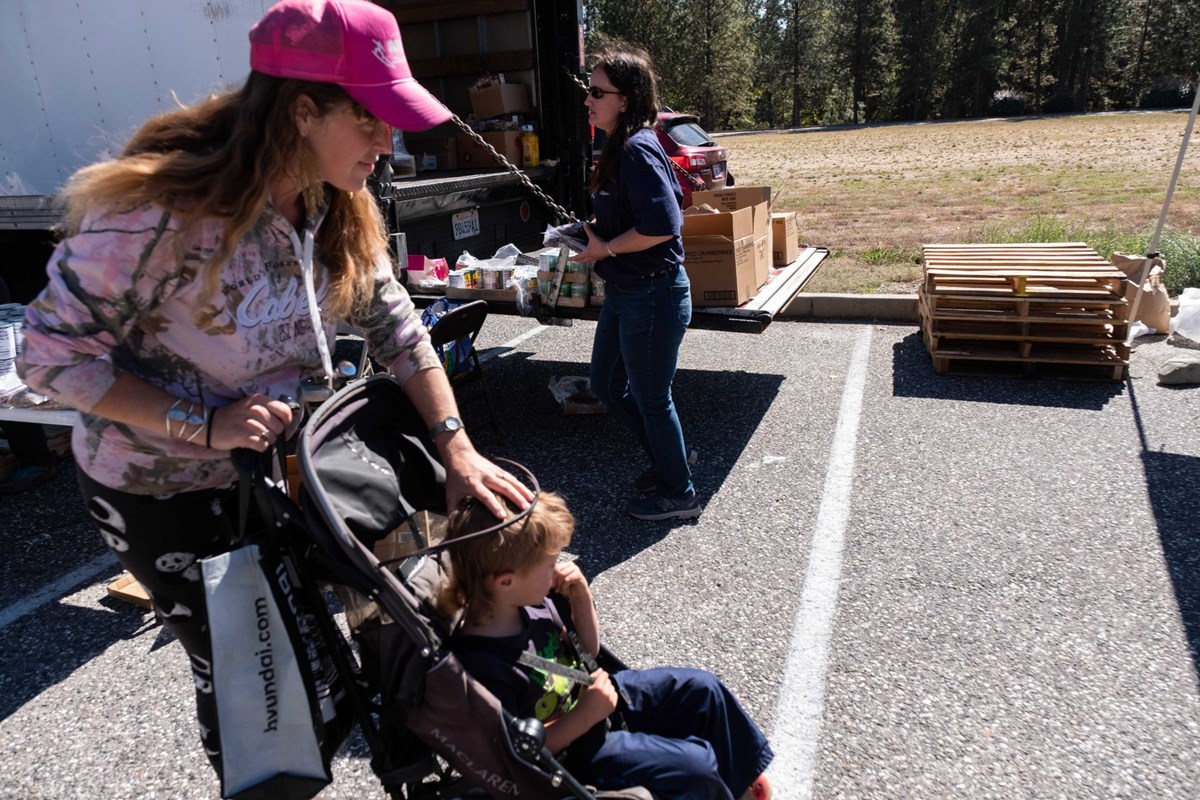 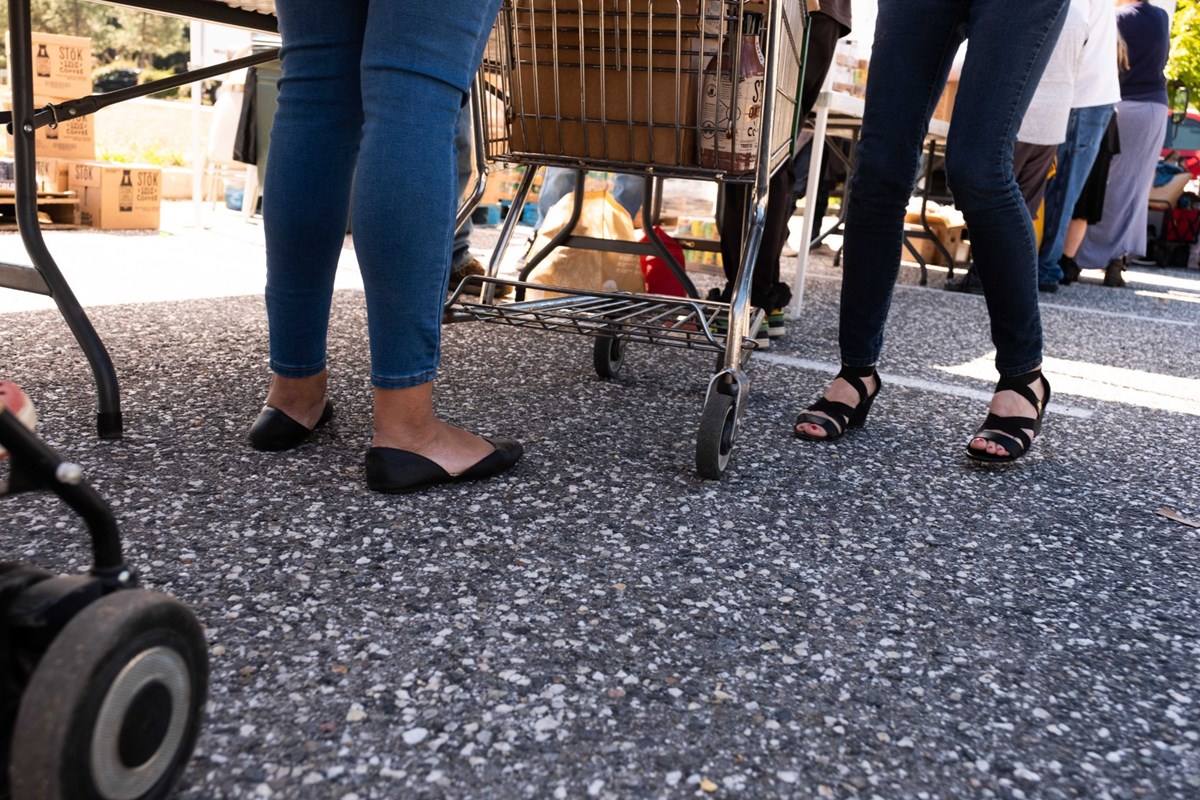 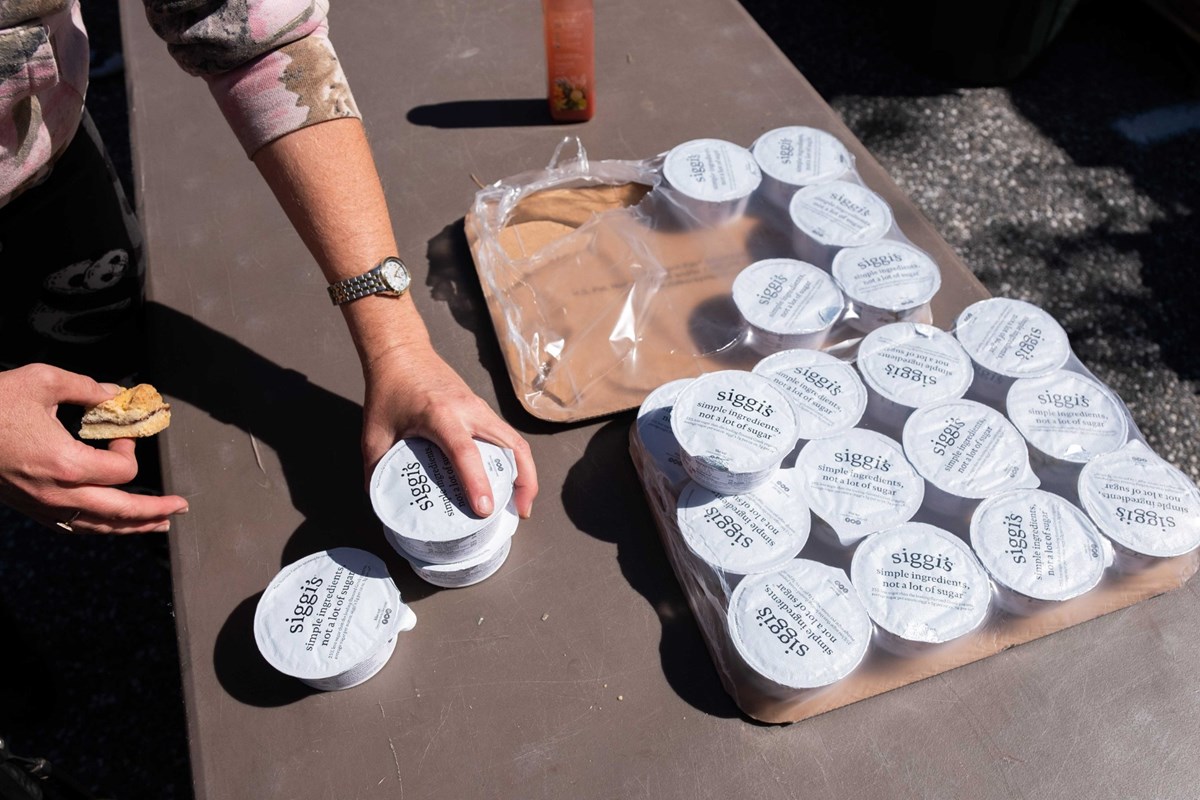 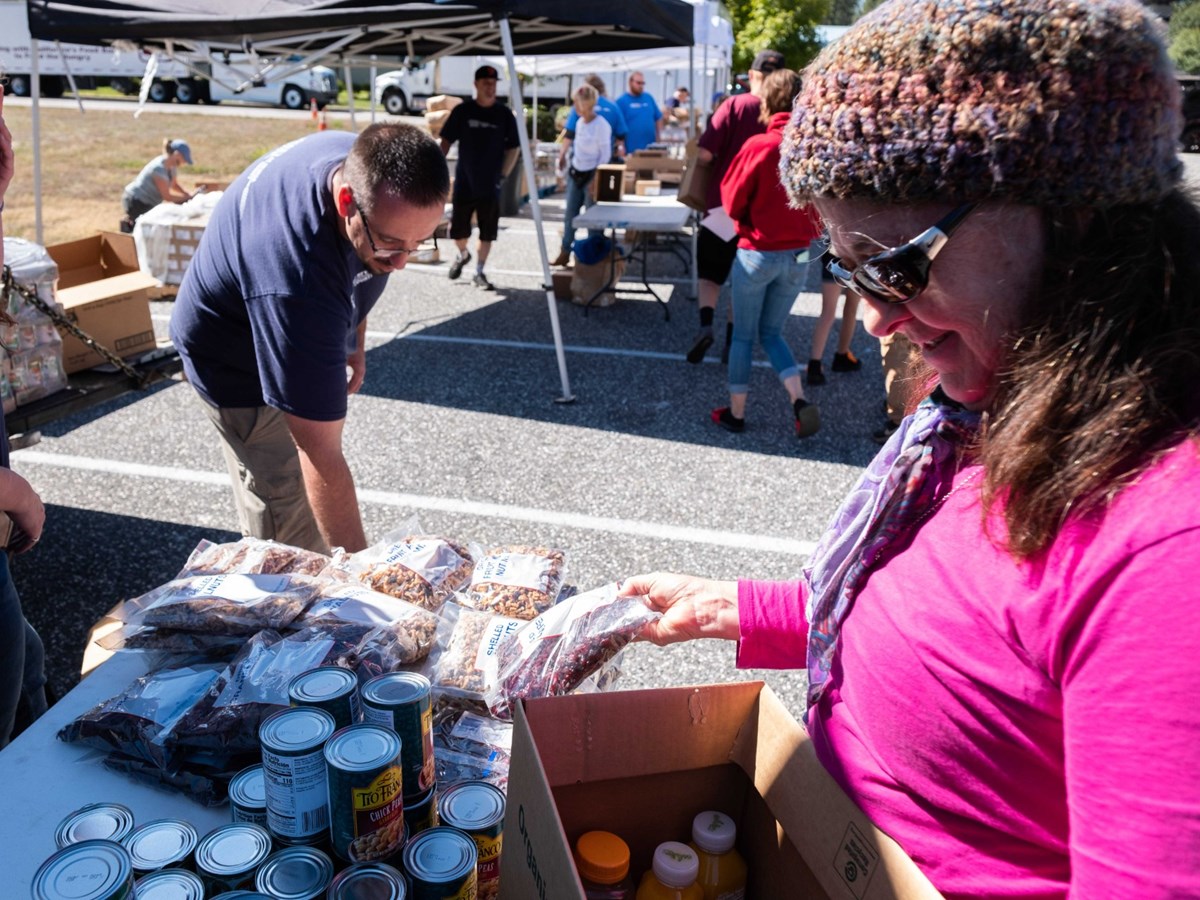 Nevada City resident Christine Kelly picks up food at a distribution at the Rood Center in Nevada City. Kelly recently did her monthly shopping and the blackout is causing her food to spoil at home.Andrew Nixon / Capital Public Radio

Webb and others were at the food bank getting food for their families to make it through the outage, which in some parts of California is expected to last for several more days.

Christine Kelly was picking up food Thursday because everything in her fridge went bad.

"I'm not working because there's no power," Kelly said. "I'm probably out of work for another day or two. I am here getting food from our wonderful Nevada County Food Bank up at the county Rood Center because my food is going bad in my refrigerator and freezer. I just did my monthly shopping so I will lose all my food that I budgeted for the month." 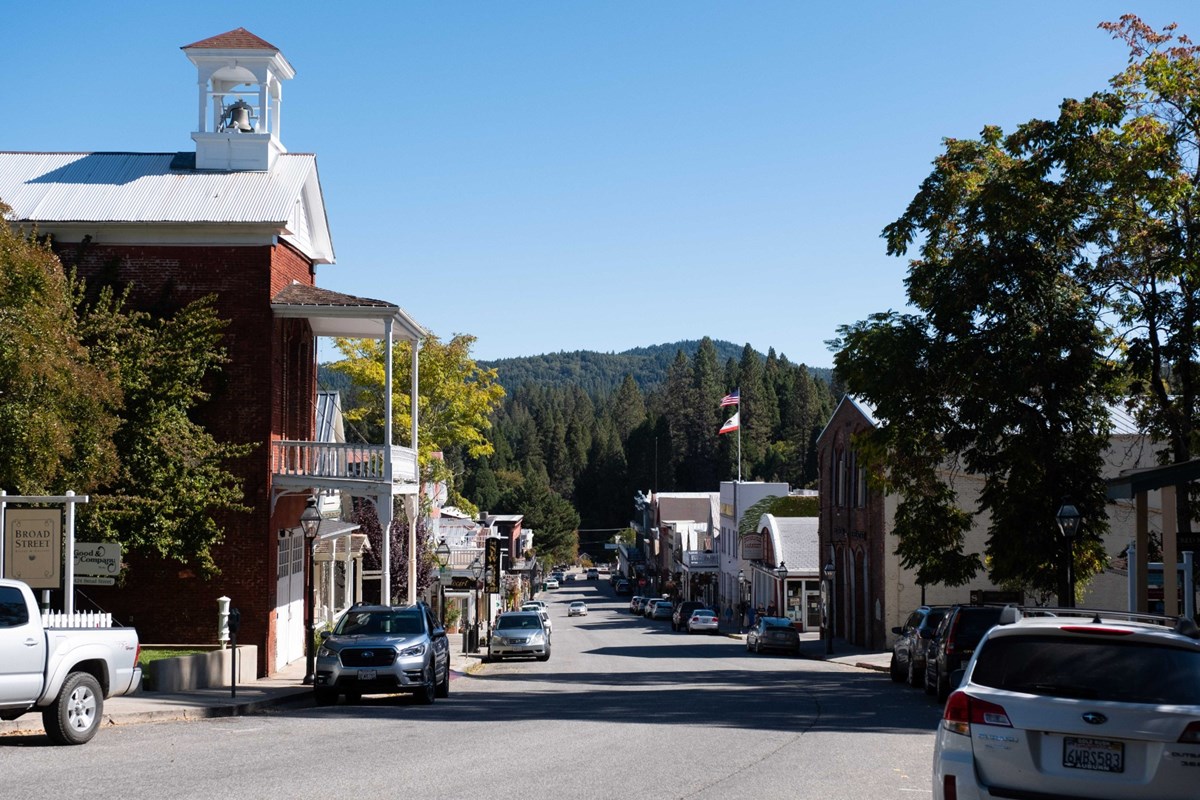 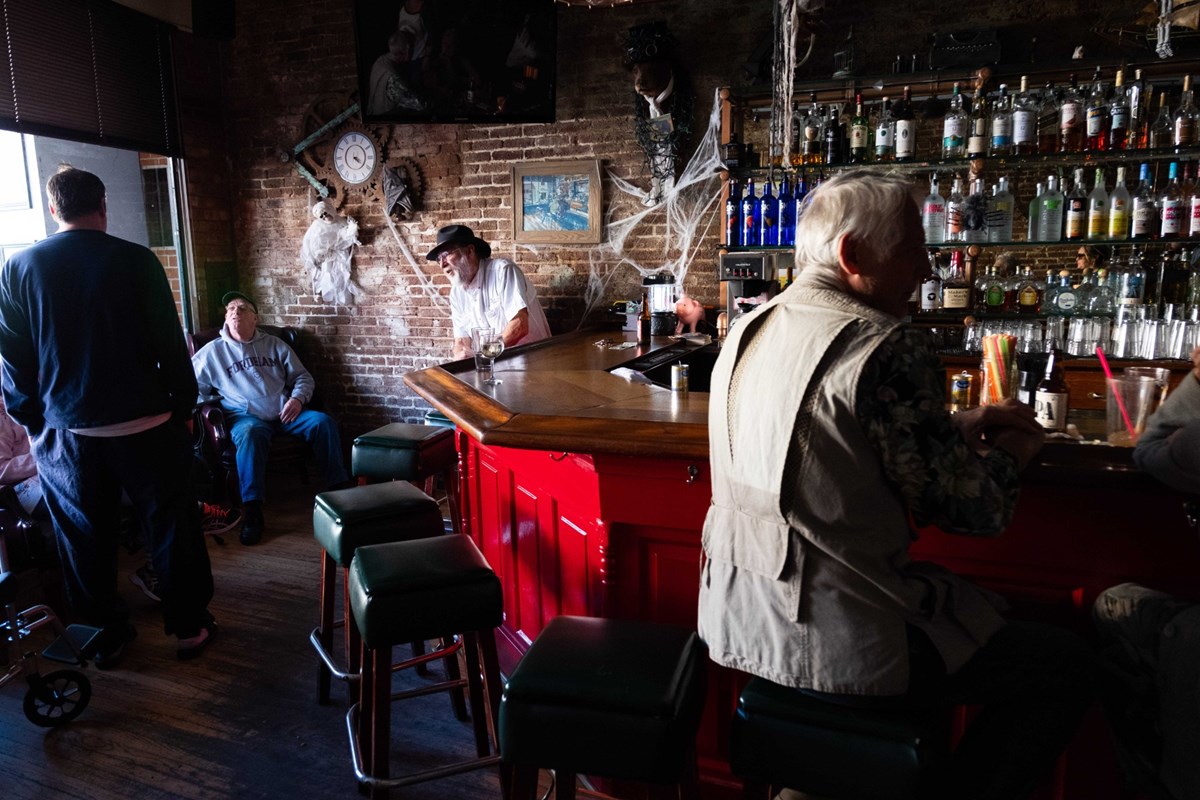 Richie Costello, owner of McGee's Annex, a bar in Nevada City, says patronage is up during the blackout.Andrew Nixon / Capital Public Radio 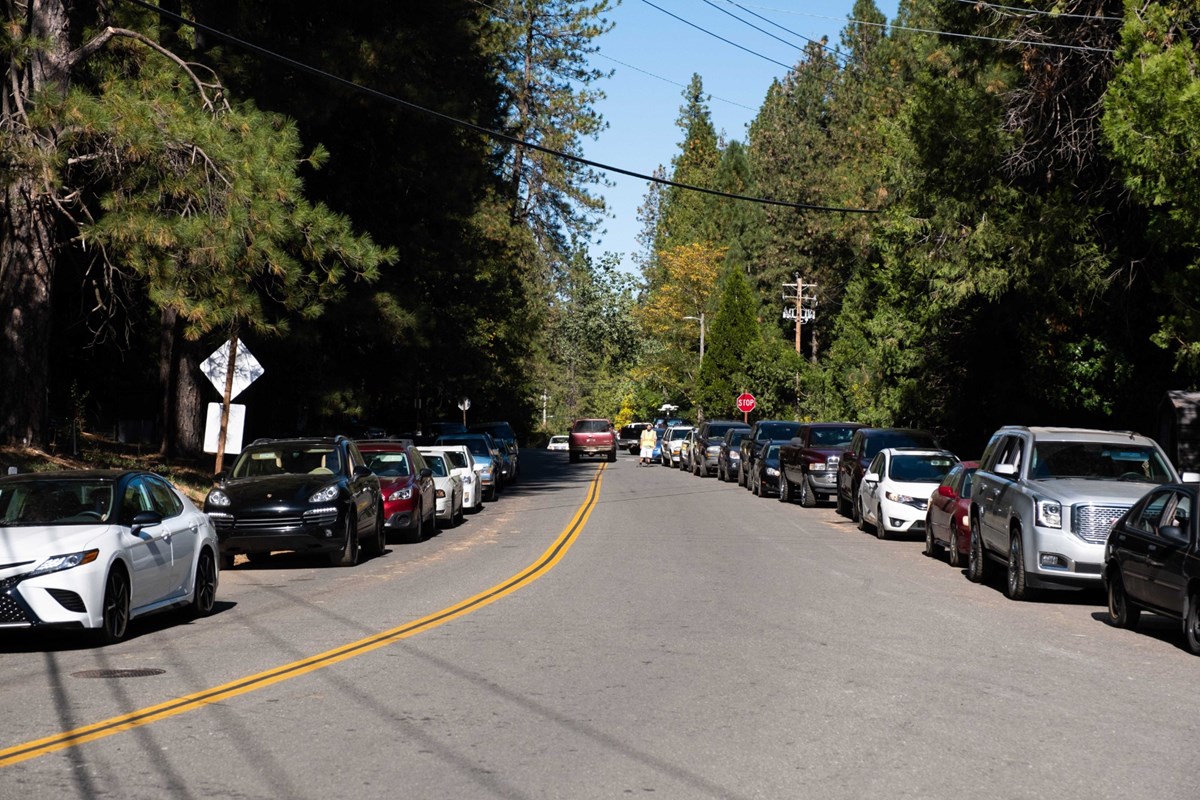 The lines to get gas at Robinson Enterprises can be as long as three hours during the peak times of the day, according to an owner.Andrew Nixon / Capital Public Radio

But Nevada City resident Marge Kaiser says she's used to power outages. After all, she's lived in a snowy area for 30 years.

"Every time it snowed, we had a blackout. So I'm used to to it," she said. "And I've camped a lot around here. So basically, I'm now camping out in my home, which means I have an indoor-outdoor little stove, camp stove. The biggest thing is our well doesn't work because all wells are on electric.

The outage is expected to last for several more days in some parts of the state. 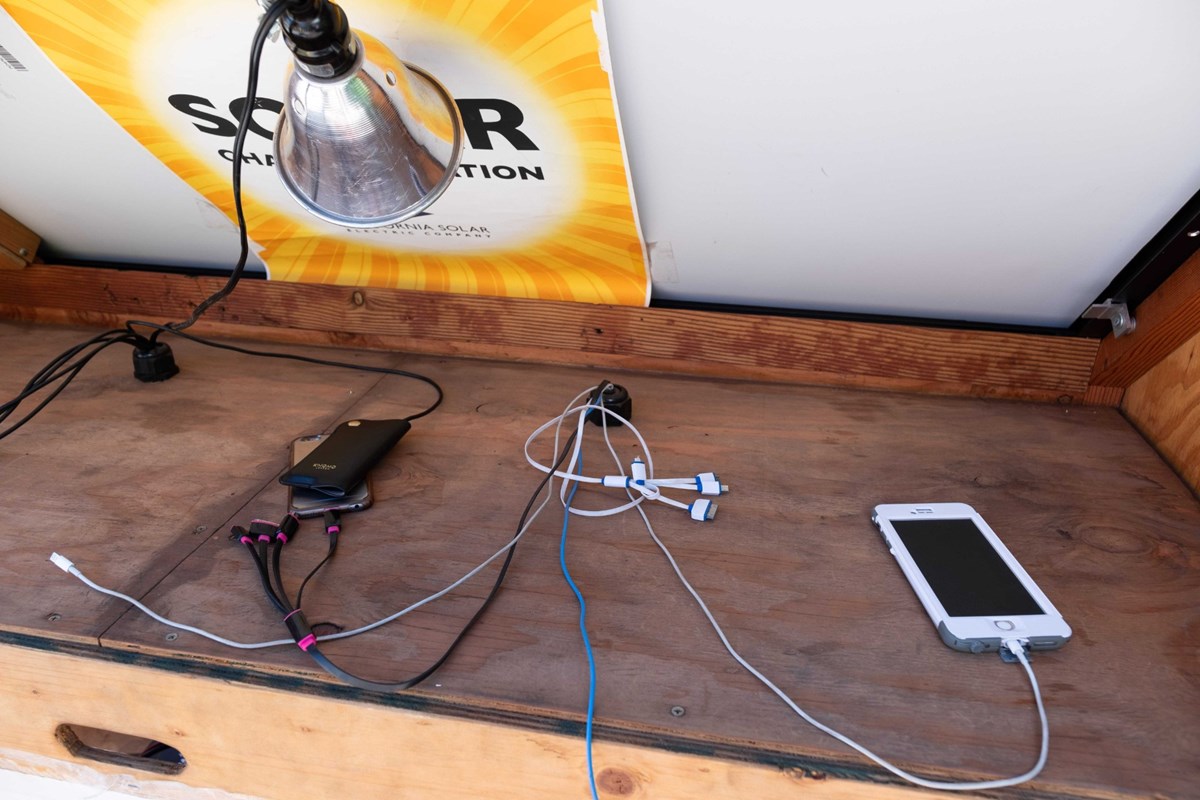 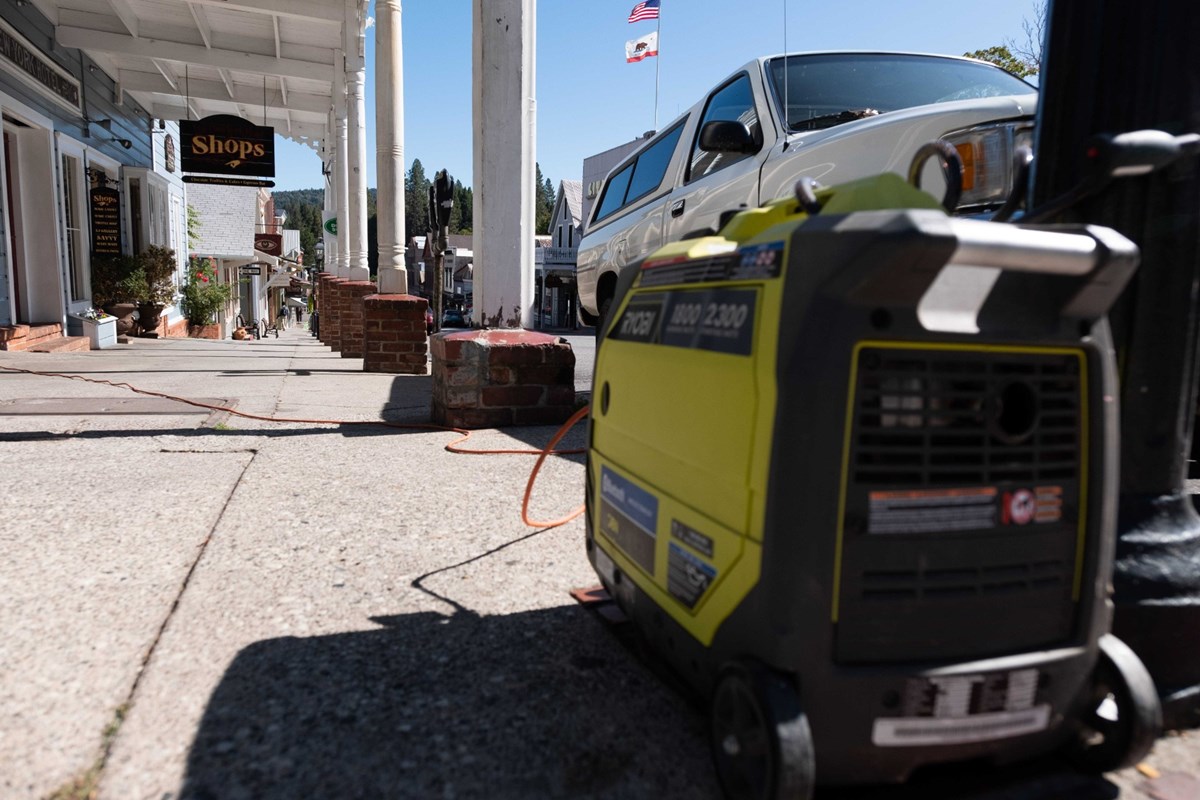 Generators are in place in at some businesses in Nevada City.Andrew Nixon / Capital Public Radio
Follow us for more stories like this