“I’m here this evening to ask for your help to win the Democratic primary in California,” the Vermont senator told the cheering crowd.

Sanders' campaign advisers rank California among what they call the crucial "first five" contests. By making a strong showing in those states — Iowa, New Hampshire, Nevada, South Carolina and California — they believe Sanders can establish himself as the dominant candidate in the crowded Democratic field by early March. Mail-in ballots start going out Feb. 3 for the March 3 California primary.

Sanders spoke about his progressive goals including universal health care, tuition-free college and campaign finance reform, among others. He said his campaign is about “finally telling the 1 percent that the working class of this country is sick and tired of being trampled on.”

“What makes this campaign different is the understanding that no president, not Bernie Sanders or anybody else, can do it alone,” Sanders said. “In these unprecedented times, we need an unprecedented political movement.” 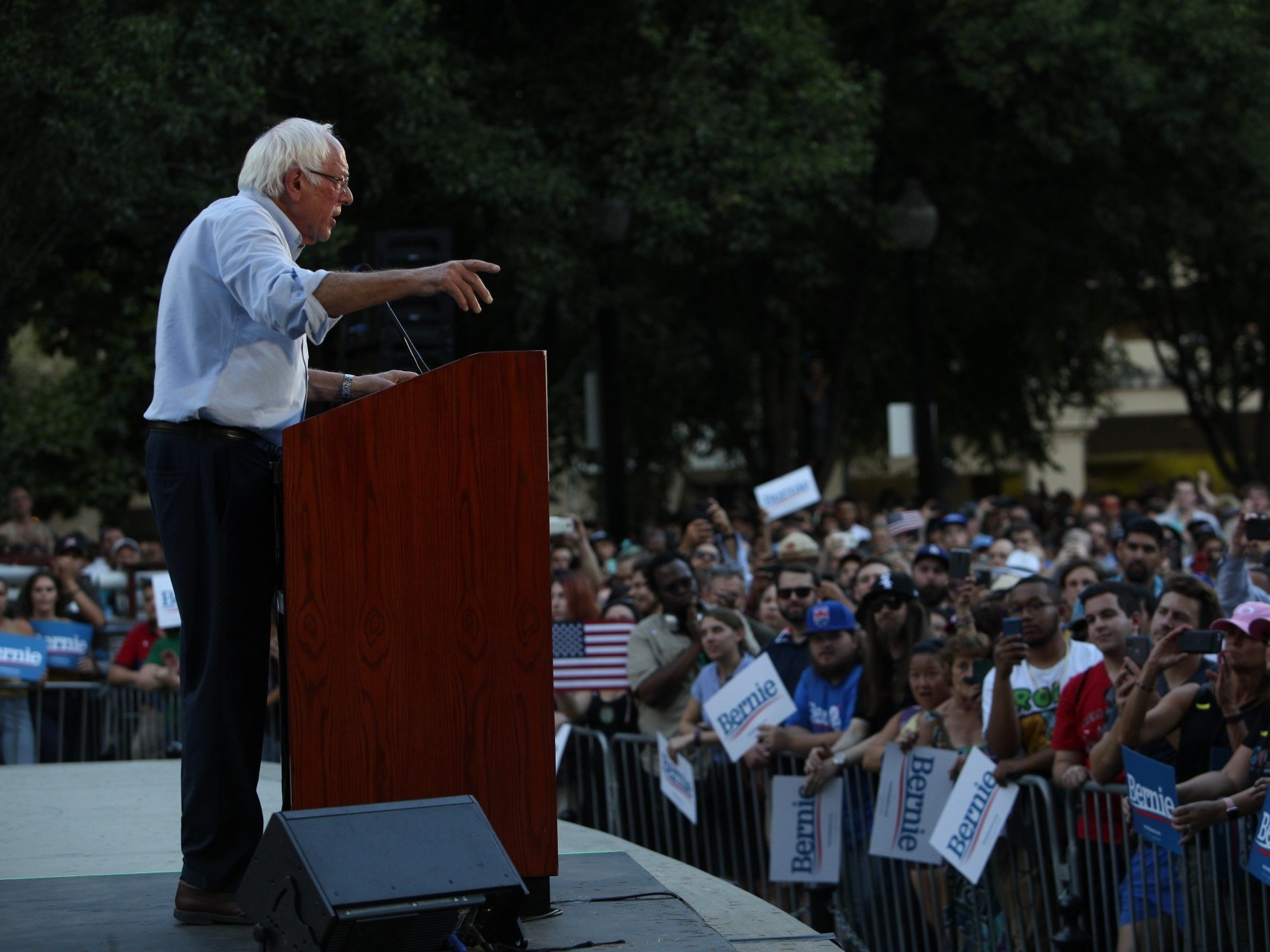 Sanders visited Paradise and Chico early Thursday, laying out a proposal to combat climate change while speaking in the area devastated by the Camp Fire last year. He will also make a stop Friday in San Francisco.