Famous trademarks at Yosemite National Park, including the Ahwahnee Hotel, are coming back after a few years of legal disputes.

In 2016 the Ahwahnee was renamed the Majestic Yosemite. Badger Pass became Yosemite Ski and Snowboard area. And the Wawona Hotel was suddenly called Big Trees Lodge.

These iconic place names were tied up in a legal dispute with the park's previous vendor, Delaware North, which claimed it owned the trademarks. The company ran the hotels, restaurants and other visitor services at Yosemite until 2015.

But after three years in the courts, there's now a settlement with Delaware North, the federal government, and Aramark, the current concessionaire.

"The way it's set up is that Aramark, in effect, is purchasing these trademarks through the duration of their contract in 2031 and at the end of their contract, the ownership will revert back to the federal government," Yosemite spokesman Scott Gediman said.

Gediman says the government will pay more than $3.8 million and Aramark more than $8 million.

He says signs are already being changed back to their original names, starting with Curry Village just minutes after the deal was signed Monday.

"In addition to the signs, it's things like websites, in-room directories, things like that.," Gediman said. "So, it's going to take a while to transition everything, but we're restoring the names immediately.” 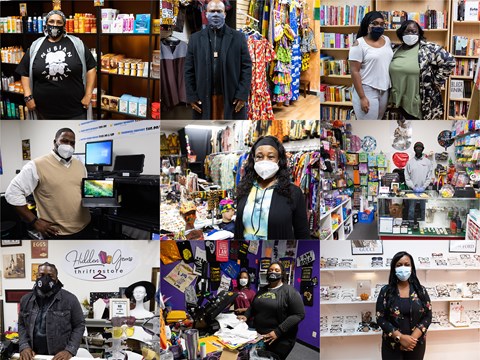