(AP) — California's nation-leading gas prices are set to climb even higher Monday, when the state gas tax increases another 5.6 cents a gallon.

It's the latest increase from a 2017 law designed to raise about $5 billion a year for road and mass transit programs.

A 12 cent-per-gallon boost came that November, and voters last year rejected a Republican-led effort to repeal the law. But Southern California voters did recall one Democratic lawmaker who helped pass the measure.

California motorists were paying an average $3.75 per gallon as of late June, far above the national average of $2.71 calculated by AAA .

The gas tax will increase to 47.3 cents a gallon July 1, according to the state Board of Equalization, and continue to increase indefinitely starting next year to keep up with the California Consumer Price Index.

The money is split between state and local governments, with much of going to fix potholes and rebuild crumbling roads and bridges. Some is also going to public transportation, biking and walking trails, and other projects.

Republicans pointed out again that the tax is increasing even as Gov. Gavin Newsom and fellow Democrats complained about high gas prices.

The impending 5.6 cents per gallon boost "will make California less affordable and take another $850 million out of our families' pocketbooks," said Senate Republican Leader Shannon Grove of Bakersfield. Assembly Republicans floated an amendment to delay the increase, but majority Democrats blocked the attempt two weeks before the increase takes effect.

Here are several other laws taking effect at mid-year:

— California becomes the first state to require physicians, surgeons, osteopaths, naturopathic doctors, chiropractors, podiatrists and acupuncturists to notify patients if they are put on probation for serious misconduct. The 2018 bill by Sen. Jerry Hill, a Democrat from San Mateo, requires the notices for sexual misconduct with a patient; drug abuse; a criminal conviction involving harm to patients; and inappropriate prescribing resulting in patient harm and five or more years of probation. The measure was backed by athletes victimized by former USA Gymnastics team doctor Larry Nassar, who admitted sexually abusing women and girls under the guise of medical treatment.

— Law enforcement agencies will have 45 days to make public body camera footage recorded during an incident causing death or serious injury. The 2018 bill by Democratic Assemblyman Phil Ting of San Francisco has exceptions if the agency demonstrates "by clear and convincing evidence" that release would substantially interfere with an ongoing investigation or violate the privacy of someone in the footage. The law is one response to lawmakers' concern over shootings of suspects by police. Proponents said the release will help rebuild trust with communities.

— California will tighten its already strict firearms laws by requiring background checks for anyone buying ammunition and barring ammo sales except through licensed dealers. Gun owners already in the state's databases will have to pay a $1 fee each time they buy bullets or shotgun shells, while others can buy longer term licenses. Dealers have seen a spike in sales as the state prepares to implement the restrictions imposed by voters in 2016. Opponents are suing to block the restrictions, arguing that they will mainly harm law-abiding owners.

— California will complete its statewide ban on all lead ammunition for hunting. The Center for Biological Diversity says the ban will reduce the risk that toxic fragments from lead bullets or shot will poison critically endangered California condors along with other raptors and scavengers. Lead ammunition can still be used for target shooting. The center says at least 15 other states have some restrictions, but California's statewide ban on lead ammunition for hunting is the most sweeping. The state began phasing out its use under a 2013 law.

— It will be illegal for anyone to use a social media bot with a fake identity with the intent to spur a purchase or influence a vote. The 2018 bill by Sen. Bob Hertzberg, a Democrat from Van Nuys, requires the bots to be clearly identified in response to concerns that the automated bots can spread inflammatory or false information and were used to post messages about presidential candidates in 2016.

— Hospitals must have a written homeless patient discharge planning policy and log which homeless patients are discharged and the destinations where they are released. The 2018 bill by former state Sen. Ed Hernandez, D-West Covina, requires the plans to include coordinating services and referrals for homeless patients with the county behavioral health agency, health care and social service agencies in the region, health care providers, and nonprofit social service providers. It's aimed at stopping the practice of "patient dumping" of indigent patients.

— Homeless and lower income military veterans can have the word "veteran" printed on their drivers' licenses for free. The 2017 bill by Assemblywoman Sharon Quirk-Silva, a Democrat from Fullerton, waives what had been a $5 processing fee to allow that designation. She said it can make it easier for veterans to access services without carrying around discharge papers and veterans separation documents.

— It will be unlawful to sell larger quantities of non-odorized butane. The 2018 bill by Assemblyman Tim Grayson, D-Concord, is designed to stem the use of the highly flammable solvent to manufacture hash oil from cannabis. Illegal operations have resulted in numerous explosions and dozens of deaths in recent years. The law exempts lighters and small containers of non-odorized butane used to refill them. 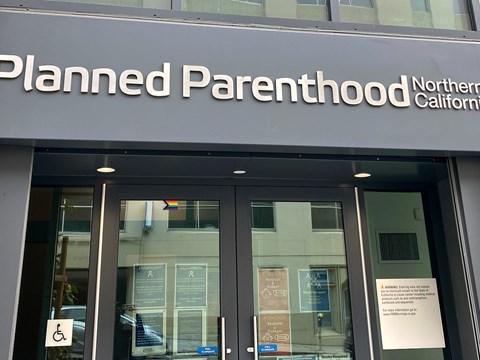