After 45 Years, Sacramento-Based Dimple Records Is Shutting Down 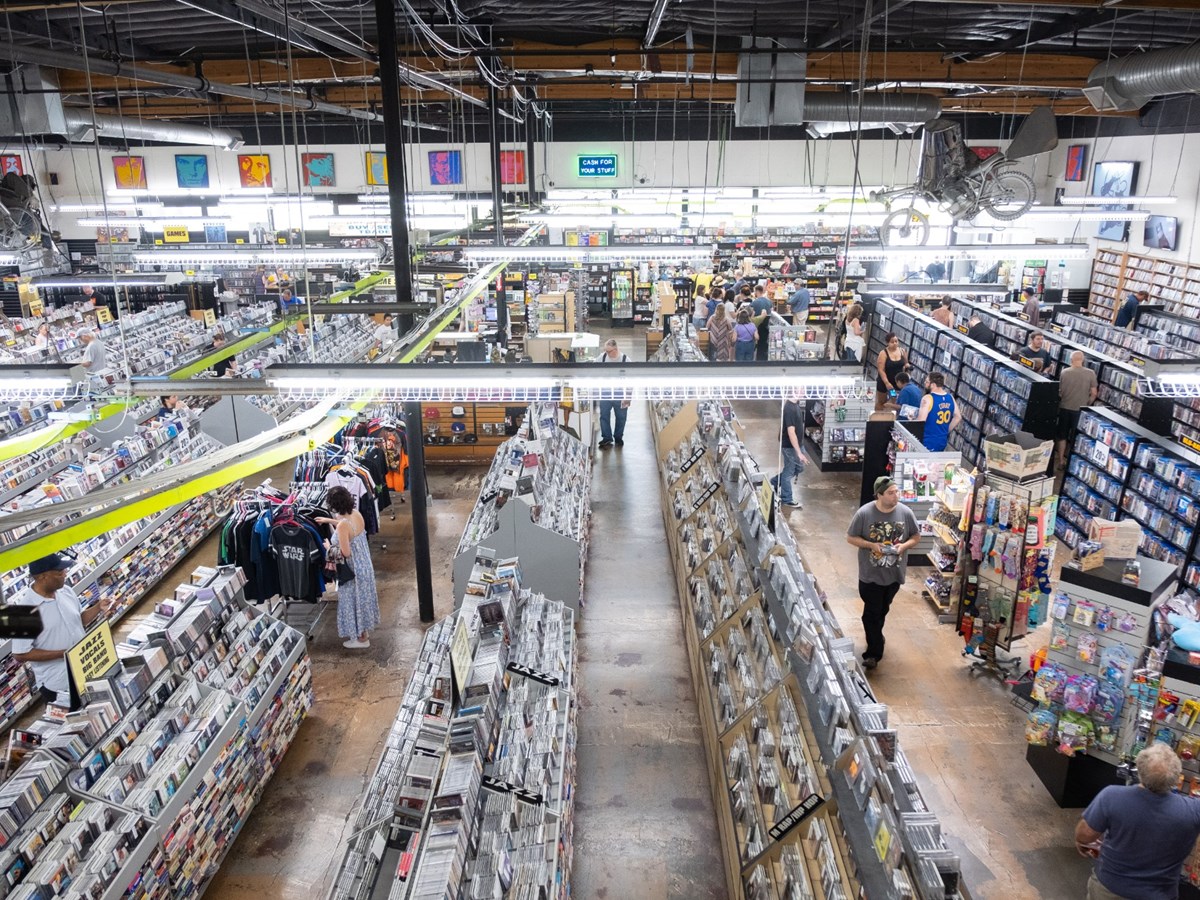 Dimple has not set a date for closing, but anticipates several months of liquidating inventory.

Sacramento-based retail chain Dimple Records has announced it’s closing all seven of its stores, including sites in Roseville, Folsom and Citrus Heights.

Dimple's owner, John Radakovitz, says nine years before starting Dimple in 1974, he had just finished a stint in the Navy and started working at a record store in the brand new Arden Fair Mall.

Radakovitz said, like other record stores, Dimple was a place young people could hang out and interact.

"I've had customers that ... maybe some guy's in there, 'I want to buy some record albums and I want to see if I can pick up a chick in here while I'm here,' that kind of a thing," he said. 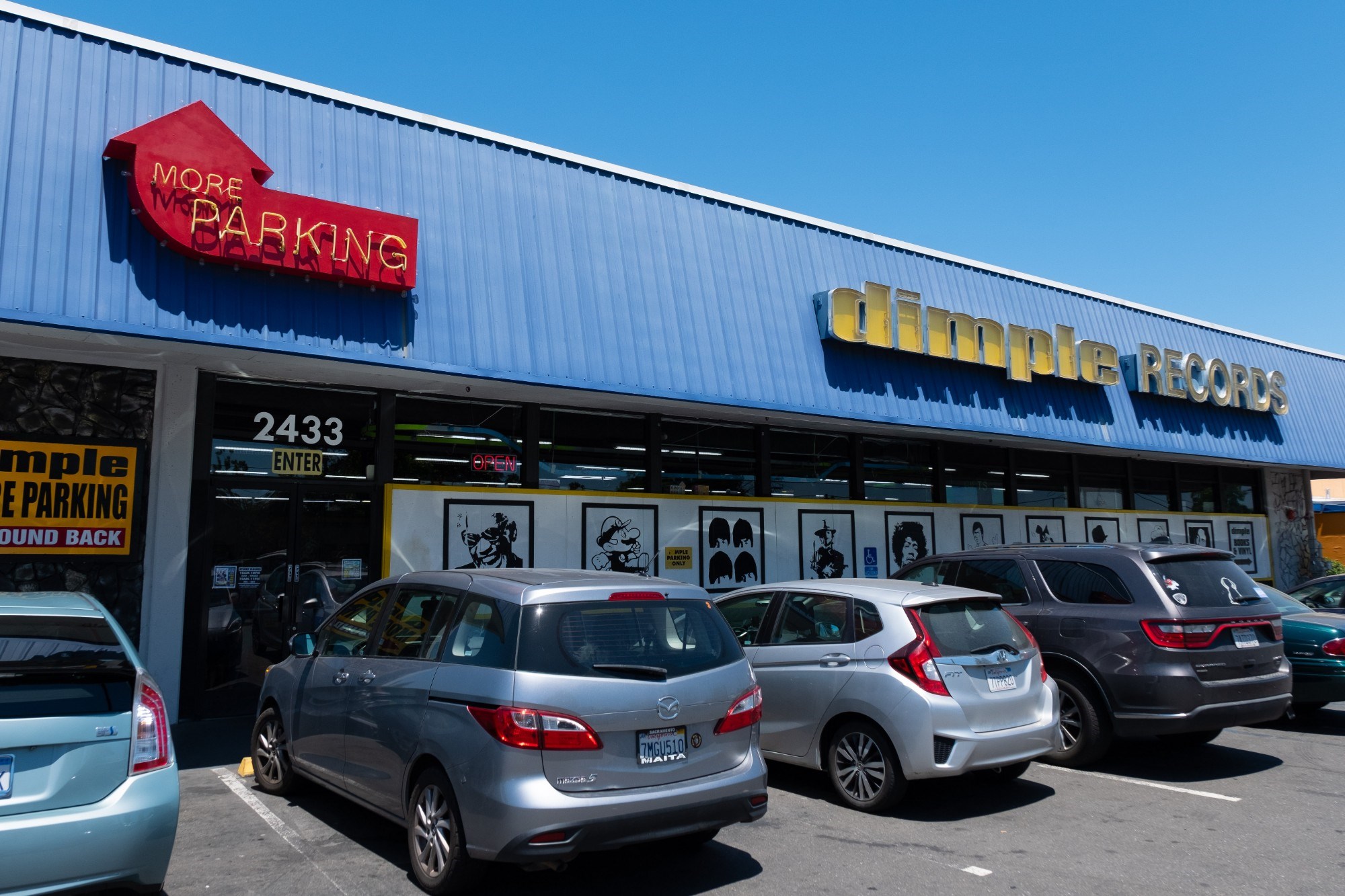 Dimple is closing its seven stores, including this one on Arden Way.Andrew Nixon / Capital Public Radio 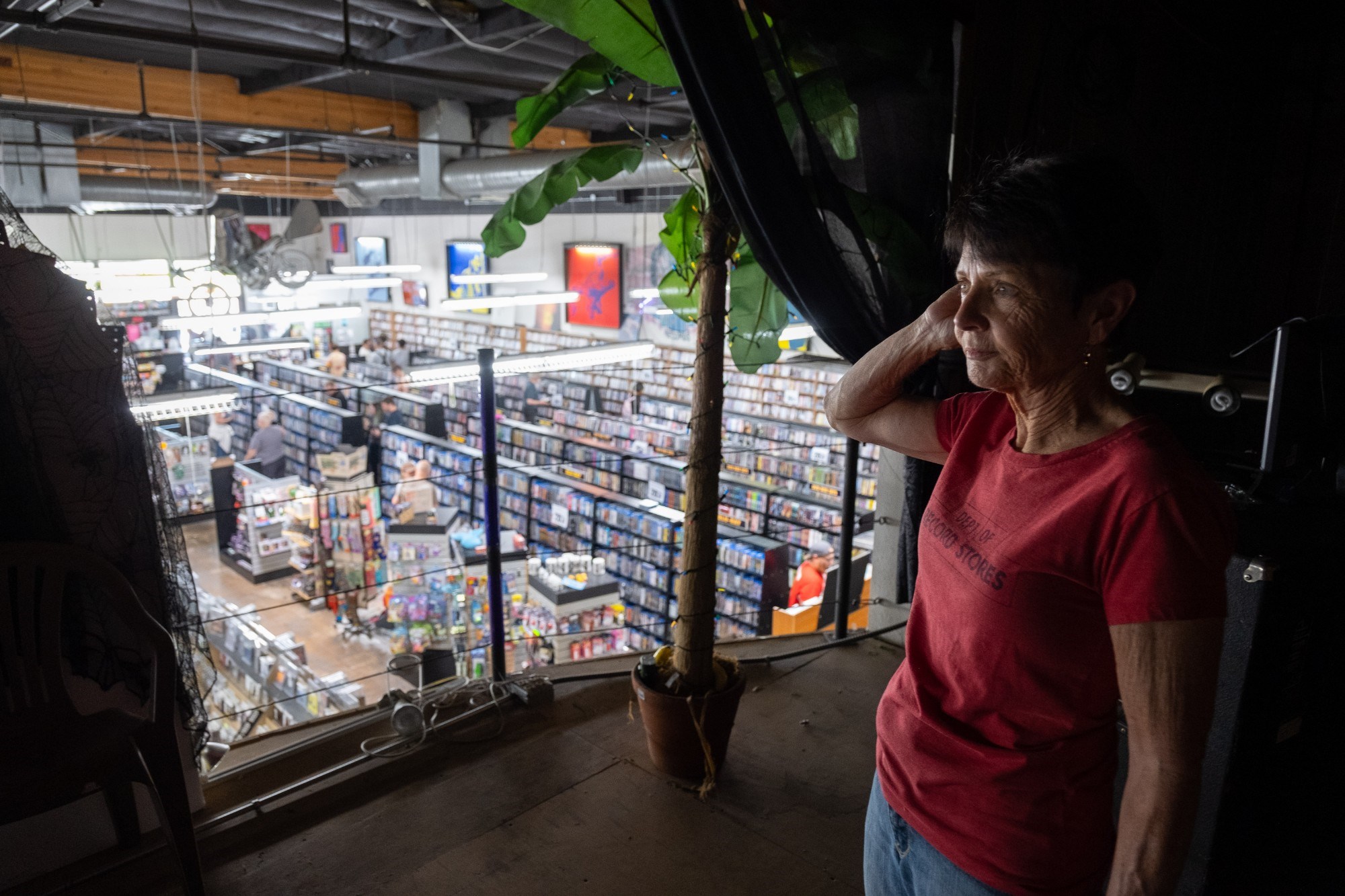 But after 45 years, the family-operated business is calling it quits. Dilyn Radakovitz, company secretary and John's wife, says they’re closing for a combination of reasons.

"Mostly my husband wants to retire,” she said. “He's almost 75 and he just wants to take a break."

It's also the lack of product. Most people are now streaming music instead of buying CDs and vinyl.

"So when they're not made physically you can't very well sell it, and a lot of people buy online,” she said. “I mean, we sell online too but it's just ... things change." 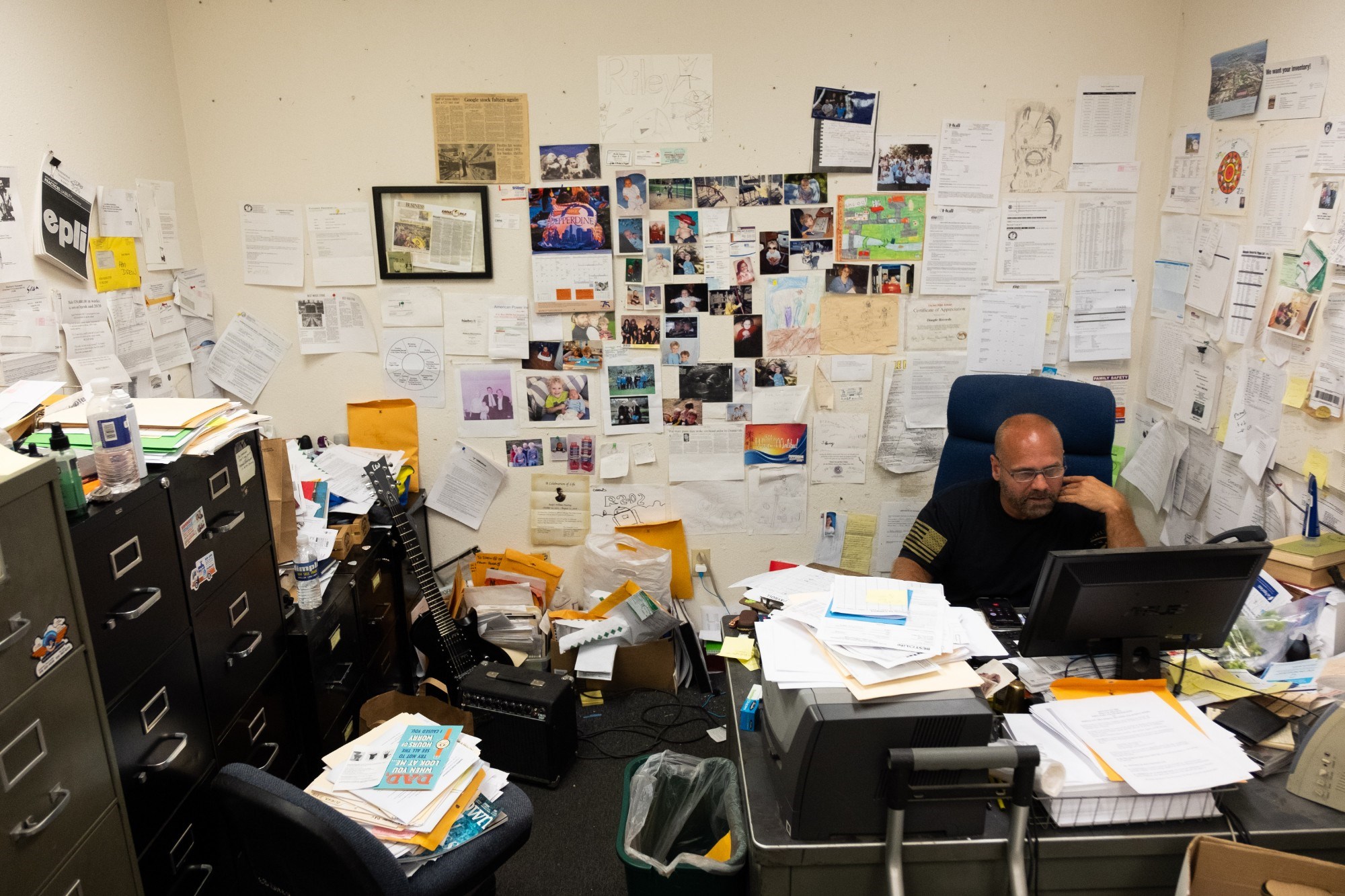 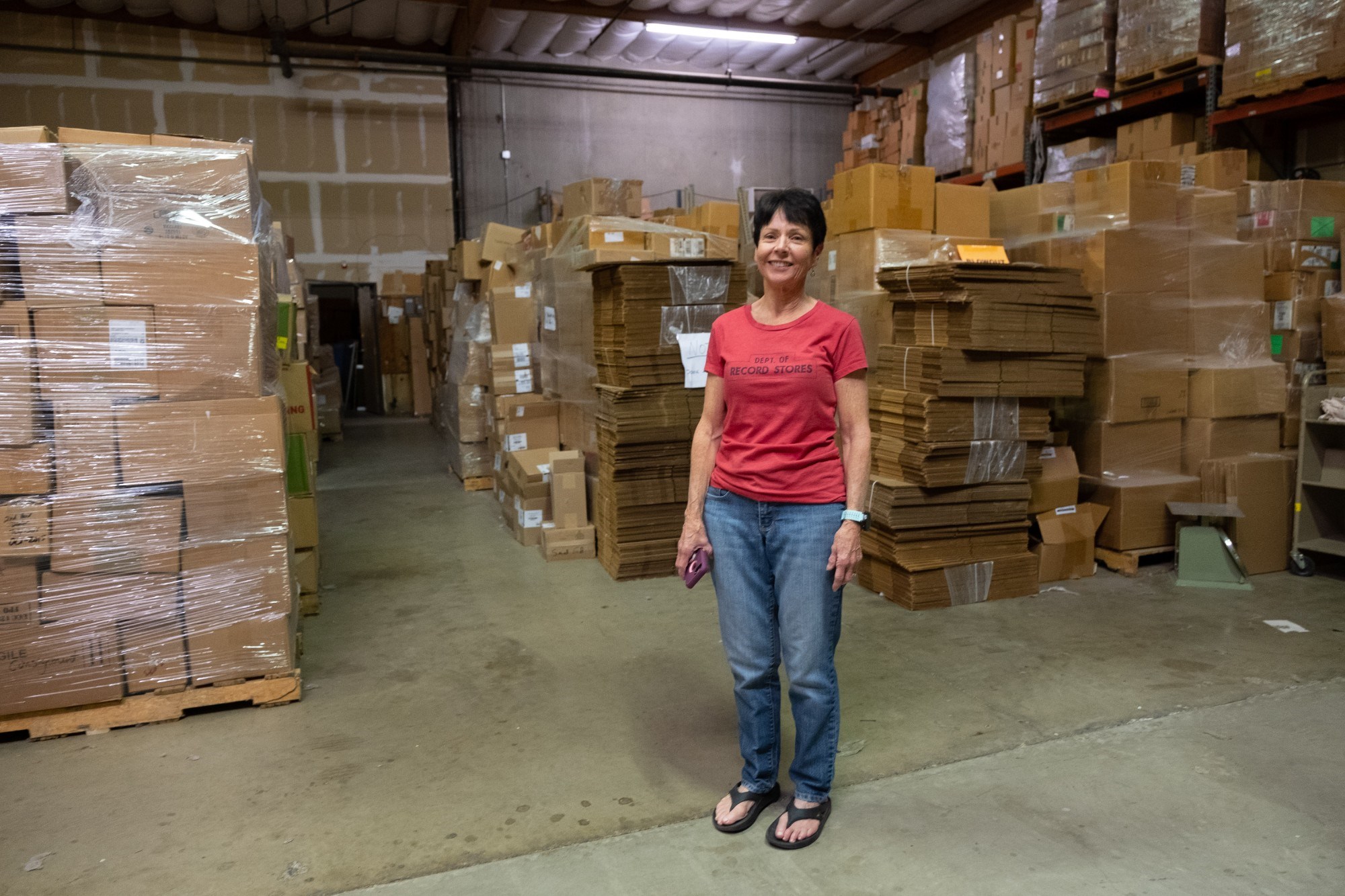 Diyln Radakovitz in one of several warehouses for Dimple, which she owns with her husband, John.Andrew Nixon / Capital Public Radio

A "store closing" sale with discounted prices started Wednesday and will likely last a few months.

One customer taking advantage of the price cuts at the Broadway store was Kevin McCormac.

"I found some jazz music and got a few DVDs,” McCormac said. “We were really shocked when we read that they were going out of business and that they weren't just closing a few of the stores but all of them."

Another customer, Pat Diethrich, says it's bad news for people like her who enjoy going to brick-and-mortar record stores.

"It's sad. They're all closing because you can't get 'em unless you download them and I don't like downloading," she said. 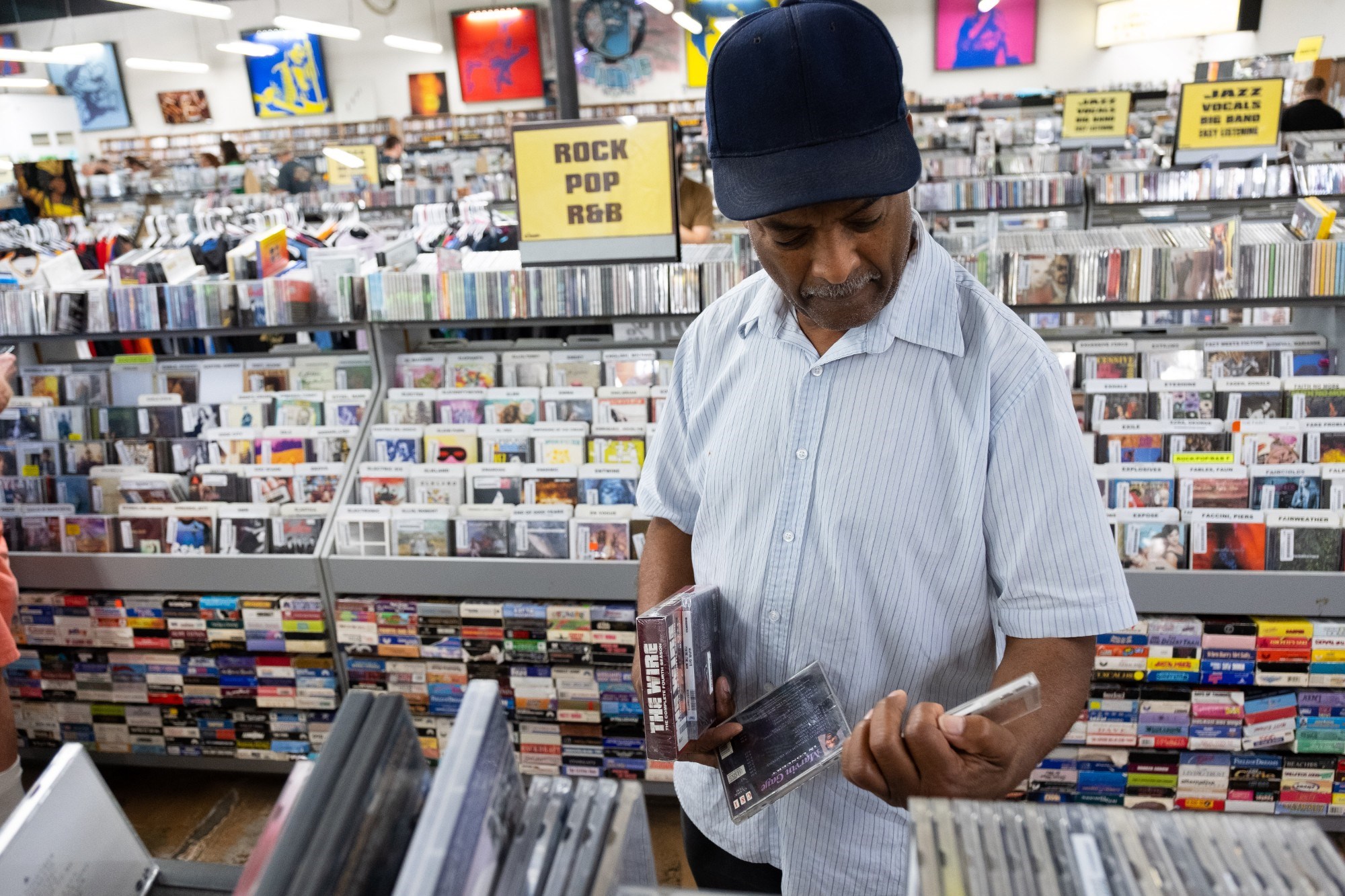 Dimple's Dilyn Radakovitz says they looked at, but ultimately rejected, the option of selling off the company.

"We have tried with that but a lot of people don't want to give you any money for it,” she said. “And we feel we could sell this merchandise and make a lot more than what they would be willing to pay for the business."

She says it'll take a few months to sell all their inventory, so stores will likely continue to be open through the summer.