Amaya Weiss started gathering donations of clothes, shoes, coats and books for students at Freeport Elementary in Meadowview 12 years ago, when she worked on site as a resource specialist. When she moved to nearby John Still K-8 she expanded that effort, dubbing it the “Hope Closet.”

The Hope Closet was a way to invite high-need families into the student support center on campus, build trust and then help them tap into social services and support for housing and health.

Weiss previously told CapRadio her goal was to build up Hope Closets at each of the more than 70 Title-I schools in the district. Those efforts were underway at several schools, including Ethel Baker Elementary School and Edward Kemble Elementary School.

But the district recently eliminated Weiss' position in the midst of wide-spread cuts in an attempt to address a $26 million budget deficit. Weiss will continue to be employed as a student support center specialist at Rosa Parks K-8 in Meadowview, according to the district.

When CapRadio reached out to Weiss for an interview, SCUSD spokesperson Alex Barrios said he would handle interviews on the cuts. He says the district is responding to demands from its “labor partners and community stakeholders” who say the district must “do the same with less” and “cut from the top.”

"The perception that an administrator is just somebody sitting at their desk, doing paperwork that's irrelevant, is not correct,” he said.

“That's just the reality of the situation. We're being forced to cut from our administration," Barrios said. "This is one of those administrative cuts. This is what it looks like."

An estimated 20,000 thousand students were served by SCUSD student support centers over the 2017-18 school year, according to the district. The centers operated out of 28 school sites in the 2018-19 school year.

Barrios said now that the district is dealing with a tighter budget, it is “consolidating” this work. However, he's confident the district can meet the needs of students even after Weiss’ district-level position is eliminated.

“The infrastructure to get these donations and get them in the hands of our students is still there, it’s just being spread out over these 28 student support centers instead rather than funneling through one coordinator,” Barrios said.

Still, some advocates are skeptical that efforts such as Hope Closet will be as effective without Weiss coordinating resources.

"It's not possible. It won't happen," says Kowjuana Ross-Kirkland, who runs Love My Life, a non-profit organization that connects high-poverty communities in Sacramento and Elk Grove with social services, legal aid and vocational training, according to its website. Weiss sits on the Love My Life board.

"The Hope Closet was a grassroots effort and it takes a lot to build from grassroots,” stated Ross-Kirkland. “Nobody's just giving checks to Amaya. Amaya was actually advocating for those students. Not just food and clothing, but eyeglasses, hearing aids. Not addressing just part of the student but the whole student."

After touring the Hope Closet at John Still K-8 in 2015, Ross-Kirkland helped Weiss throw a fashion show to benefit the program. She says having the resource on campus addresses students’ immediate needs in terms of “feeling good about themselves when they go into the classroom.”

“Some of the kids don’t want to come to school because their clothes are either torn, tattered or dirty. They don’t feel good about themselves sitting in a classroom with kids who may have clean clothes when they don’t,” said Ross-Kirkland.

For now, staff at schools with existing Hope Closets are doing what they can to fill in the gaps.

“It was shocking to hear from Amaya that her position would not be renewed next year,” said Lisa Ahn, a speech pathologist at Luther Burbank High School, who last year began a fledgling Hope Closet for high-need students on that campus. Fifty percent of the supplies came from Weiss in the form of non-perishable food donations, according to Ahn.

Burbank counselors, resource specialists, teachers and administrative staff have begun reaching out to their own networks to donate items in good condition for students and their families. Ahn says her employer, the Speech Pathology Group, recently signaled it would make a monetary contribution in support of Burbank’s Hope Closet for the 2019-20 school year.

Even without Weiss there to coordinate efforts at the district level, Ahn is optimistic the Burbank Hope Closet will once more open its doors when school is back in session. 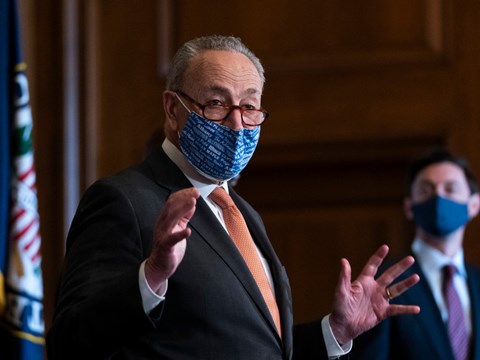