Psychologist Kristee Haggins stood up to the mic, faced Sacramento’s mayor and elected leaders, and made a powerful statement about the impact of recent events on many of the city’s black residents.

“What happened today, this evening and last night and with Stephon Clark is a form of terrorism and trauma,” she told council members during a meeting on March 5. “What people are describing is not post-traumatic-stress disorder, but persistent traumatic stress as a result of being black. And that all of the occasions have been opening new wounds.”

The night before, demonstrators marched in East Sacramento, reacting to news that Sacramento’s district attorney would not charge the officers who fatally shot Clark last year. Police arrested 84 of them, and some attendees said they were threatened with batons or bumped and herded by cops on bicycles. The crowd at City Hall was livid.

The meeting offered a public venue for the city’s black residents to talk about a tumultuous month that marked one-year since Clark’s death. But Haggins and other mental health professionals say they need more places to talk about the emotional impact of these events as the Clark story continues to unfold.

“Whether it’s anger, or rage or hurt, frustration, fear … all of those things can be triggered for us,” said Haggins, referring to the shock of fatal police shootings on top of the daily stresses of living as a black person in America. “And part of what is really critical is finding ways we can take care of ourselves in the midst of all of that.” 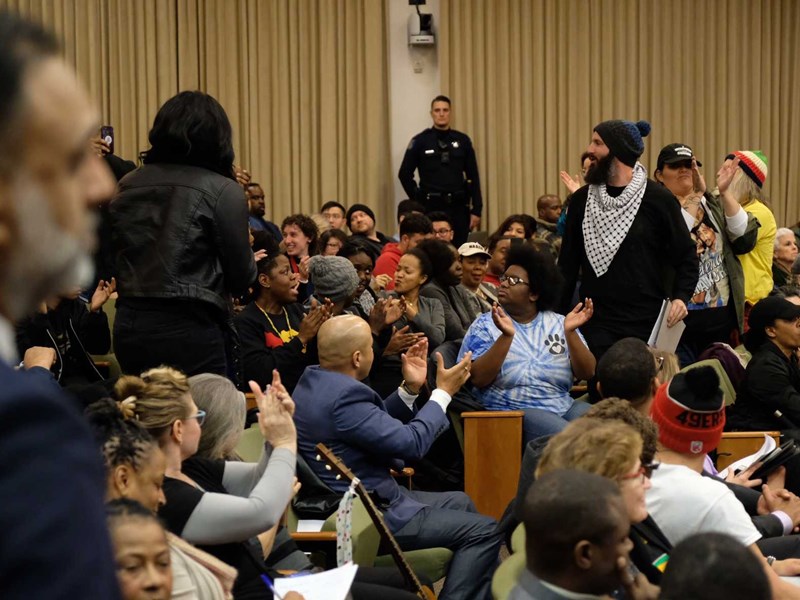 This call for safe spaces and mental health care isn’t new. Just days after Clark’s death, his loved ones and residents of the Meadowview neighborhood where he was killed cried out for for mental health resources. They said the shock of the police shooting was a tipping point after years of racial discrimination and, for some, the stress of living in economically neglected neighborhoods.

Stephon Clark’s brother, Stevante Clark, was so overcome by pain that he experienced a mental breakdown, ending in an arrest and hospitalization.

Over the past year, two parallel strategies have emerged to meet that need — one from the city in coordination with black leaders, and another from a group of concerned community members looking to build what they call “safe black spaces.” Advocates say both are part of the puzzle of community healing.

In response, the city offered to help build a network of mental health providers in Meadowview and other neighborhoods reeling from the Clark case. They put out a call for volunteer professionals and got about 70 responses.

But Kelly Fong Rivas, chief of staff to Sacramento Mayor Darrell Steinberg, said her team learned early on that community members were wary of professionals who might not be versed in racial trauma.

“It was really important for us to then dig deeper and find out if they did have that kind of background,” she said.

Most didn’t. So, Rivas and her staff searched for neighborhood nonprofits to help. They recently awarded a grant to the Rose Family Creative Empowerment Center in Meadowview, which will use the funding to hire a wellness coordinator, who will help get the volunteers up to speed.

The center’s director, Jackie Rose, scheduled a meet-and-greet with the 70 or so volunteers in February. It was a chilly night, and only one therapist showed up.

Some had retired from practice, gotten busy with other projects, or simply lost touch in the months since they’d signed up. But Rose remains committed to getting the project launched. She says there are kids at after-school programs and parents in her resource center who are desperate to talk to someone.

“We’re getting the community to a point of wanting to engage in counseling like never before,” she said. “So now we have to be able to answer that call and be able to serve them because they want it. We can’t sit and wait for us to line all this stuff up.”

She said part of the solution is finding mental health professionals who community members are comfortable with. She recalled a young African-American man who quickly dropped his female counselor, but was open to trying again with a black male professional.

“There’s folks out there that we don’t know about,” she said. “So we’ve gotta figure out where these people are, and how we connect to them.”

There’s also a stigma to overcome. David Bain, the executive director of the Sacramento chapter of the National Alliance on Mental Illness who is also a white Meadowview resident, says he’s aware that every culture handles the issue differently.

When he worked with faith-based leaders to provide support groups after the Clark shooting, very few people attended. “Since we are a very diverse neighborhood, there are a lot of people down here who don’t want to talk about their own mental illness or their family member’s mental illness,” he said. “And not talking about is not helping anybody get any treatment.”

He also says the city’s approach of relying on volunteer professionals is flawed.

“It wasn’t putting value on those therapists,” he said. “If you really want that, you’re going to be willing to put the money up to pay those therapists to come down here.”

When Oneika Richardson heard what happened to Stephon Clark last March, she felt hurt. It was a different sort of pain than when she’d see a police shooting in national headlines.

She paused and took a breath, unable to finish the sentence even 11 months after the shooting.

“It hits a lot closer to home. And it made me realize that this can happen anywhere,” Richardson said.

That’s the sense of fear that psychologist Haggins was trying to describe to City Council. And it’s why she launched some on-the-ground support by and for black people immediately after Clark’s death.

For the past year, she and other volunteers have been hosting monthly talk groups, called “safe black spaces.” They also trained people to run “emotional emancipation circles,” which are more in-depth. The curriculum used in these spaces draws on prior work from the Community Healing Network and the Association of Black Psychologists. 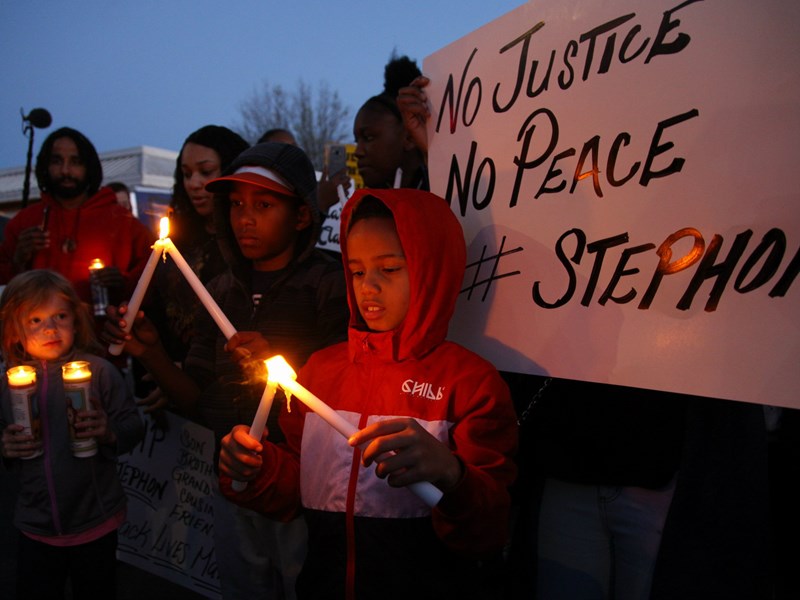 A small group of Sacramento mental health professionals, faith leaders and educators ramped up the safe black spaces as the city started looking for therapists.

“As the call came out and it became very clear that the community as a whole was really struggling, in particular the black community,” she said. “Part of how these healing circles evolved was around that natural call from the community and a response from folks on the ground …  saying ‘OK let’s do this,’ and using a tool that had already been developed.”

Police shootings do create stress for law enforcement agents as well as civilians. But a 2018 study in medical journal The Lancet found that black Americans are especially impacted after these events. Researchers reported that police killings of unarmed black men accounted for up to 1.7 additional “poor mental health” days for black people per year. They didn’t see the same effects for white people.

In safe black spaces, leaders focus on black history, and help people acknowledge that they may be affected by generations of racial trauma. Haggins asks questions like “Why are you here today?” and “How do you feel about racism and how it’s affecting your life, in one word?” She gets answers like “rage,” “anger,” “overwhelmed,” and “depressed.”

Oneika Richardson says just being around other black people in a setting designated for mental health talk is crucial.

“It’s a relief, because I don’t have to keep my guard up,” she said. “What’s important about these spaces is we see ourselves reflected, and 10 times out of 10 that’s not the case everywhere else we go. So, it’s nice to come into a place where you’re going to see your own represented.”

She says this opens up a door for other types of events, such as safe black creative spaces or safe black networking nights.

But for now, she’s taking a step back from the conversation. She says she hasn’t really engaged with the recent news that the officers who shot Clark won’t face criminal charges. And she says sometimes that’s the healthier choice.

“Obviously you want to remain conscious and woke, but it’s OK if you need to step back,” she said. “It’s OK for you to proactively say you know what, I can’t do this right now, and come back when you’re ready.”

Haggins seconds that idea, and encourages any Sacramentans experiencing negative reactions to the Clark case to seek informal or professional help.

Here are some resources: