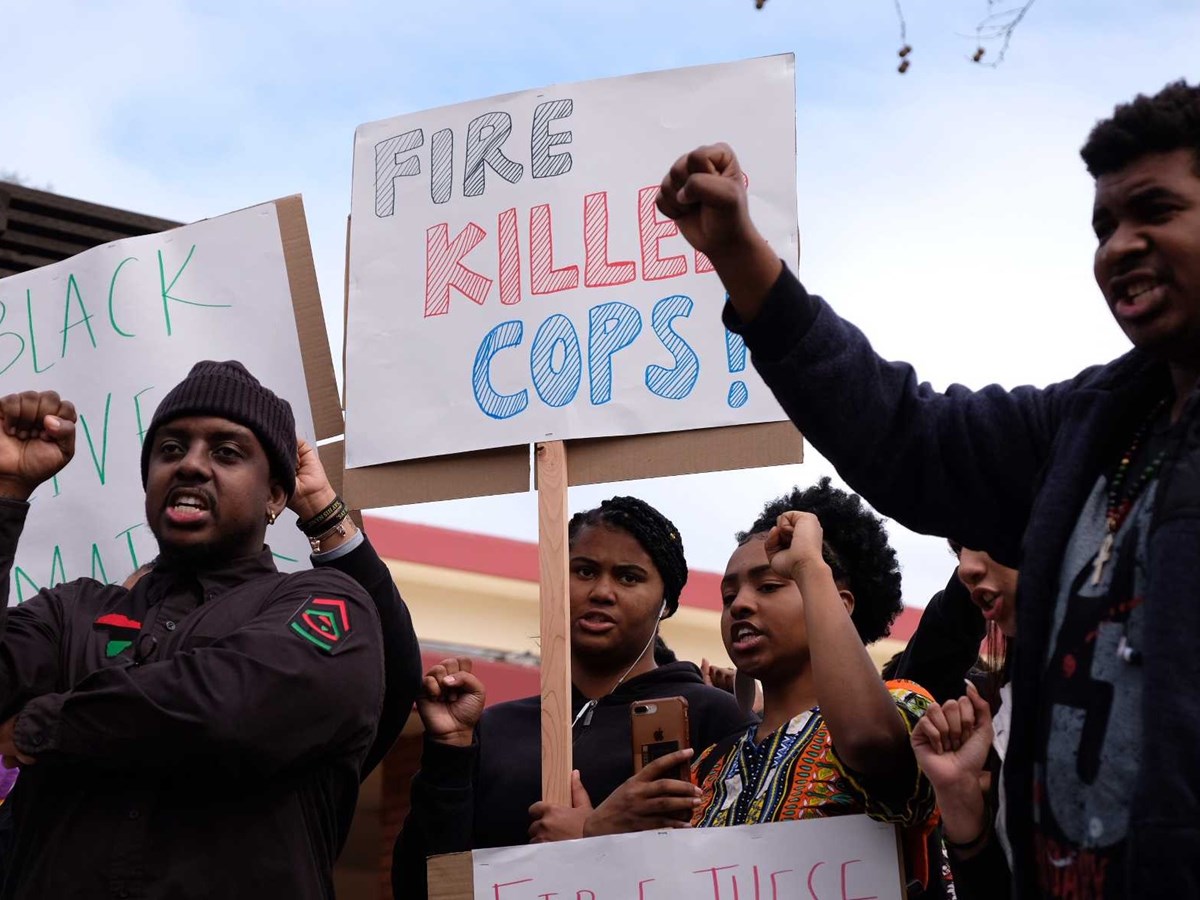 A student march begins at Sacramento City College to demonstrate against the decisions by state and local prosecutors not to charge the officers who fatally shot Stephon Clark.

Students walked out of class on Thursday at Sacramento City College to demonstrate against the decisions by state and local prosecutors not to charge the officers who fatally shot Stephon Clark.

Approximately 300 high school and college students from throughout the region — along with community organizers, some who helped plan Monday’s demonstration and march through East Sacramento, which ended with 84 arrests — shut down traffic in Land Park, Curtis Park and Oak Park as they marched to the state Capitol. 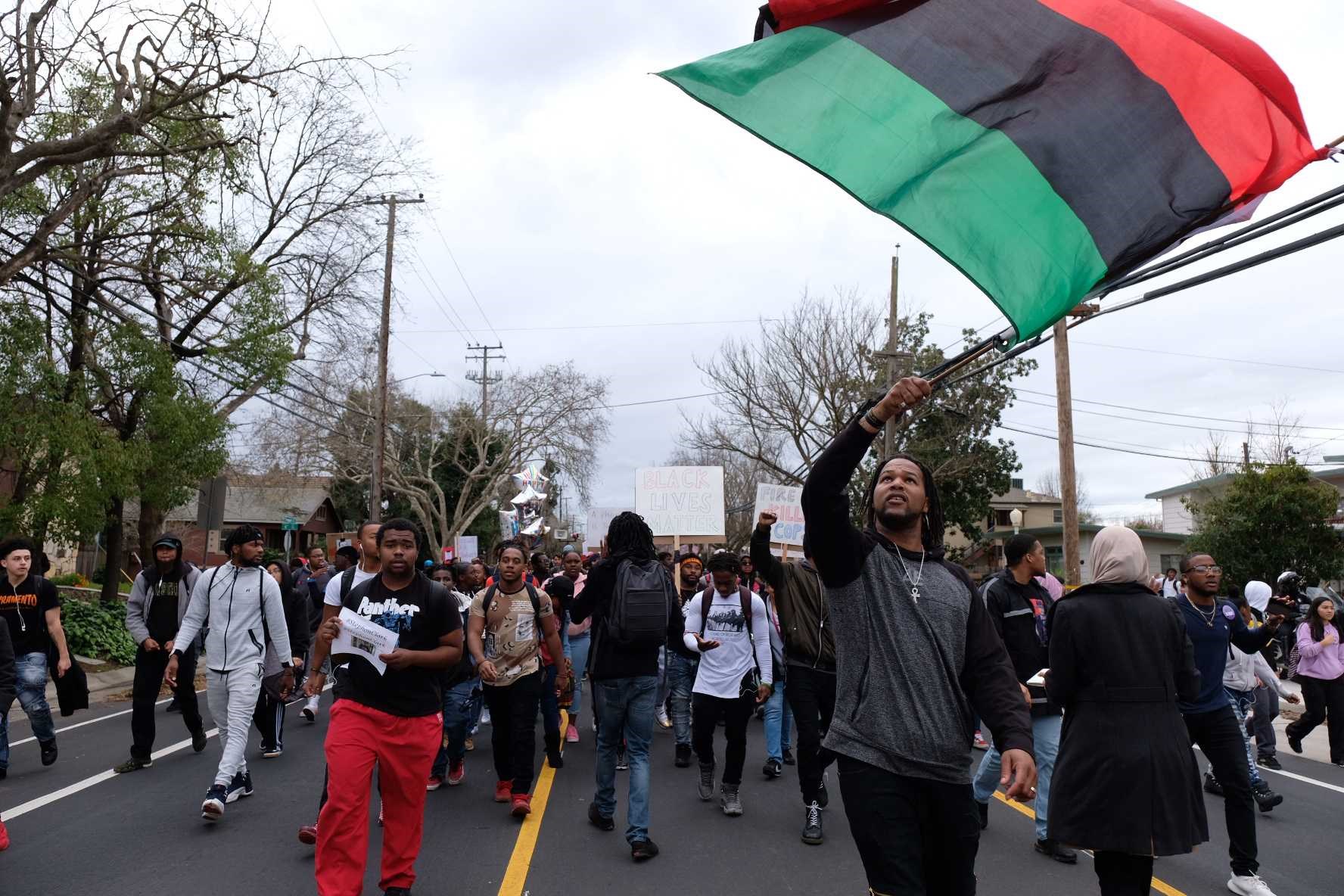 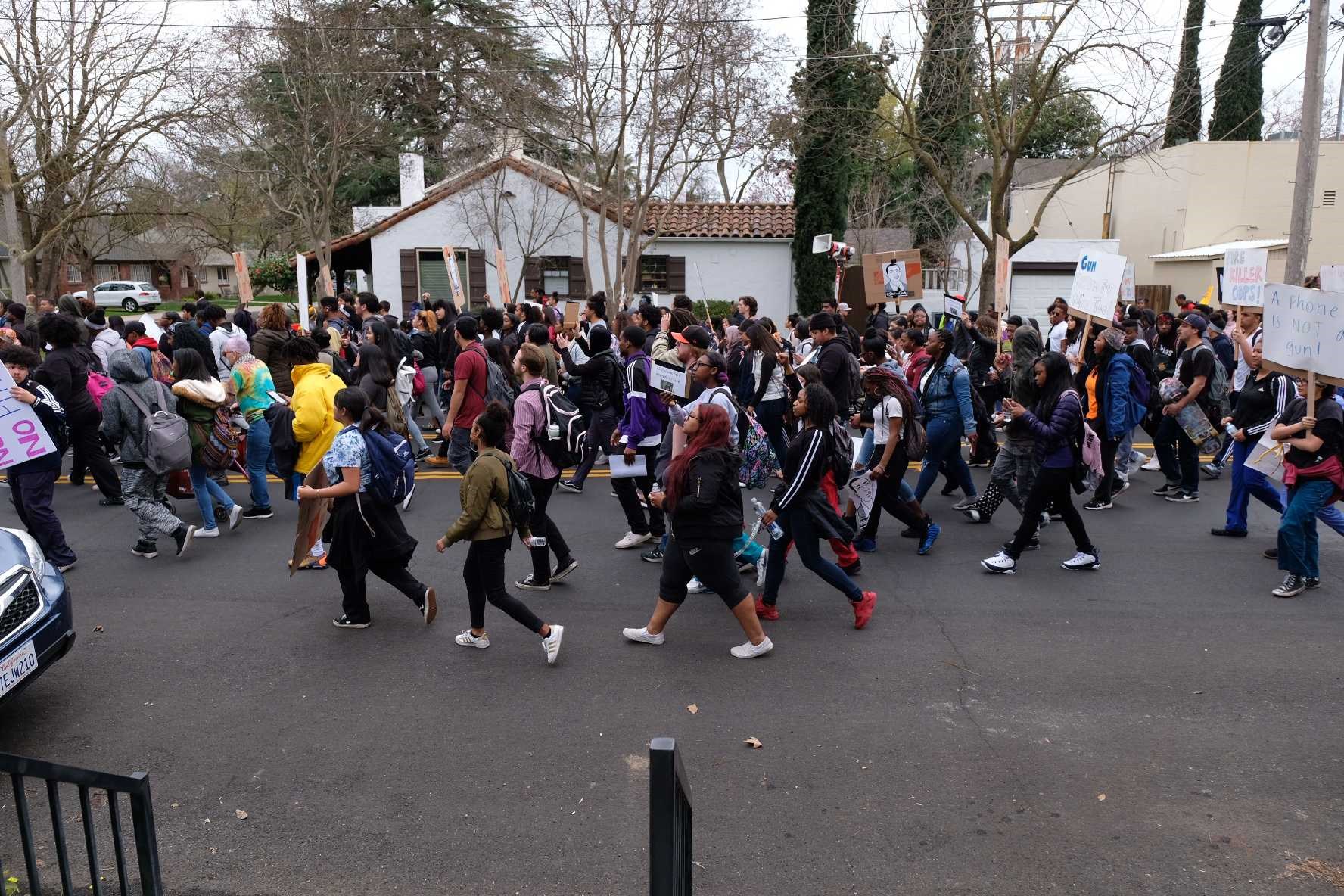 Before leaving City College, students walked through buildings, chanting and disrupting classes, and encouraging others to join them. They also banged on the front doors to McClatchy High School while chanting “Join us!” to the students inside.

Leo Leon, a Sacramento State sociology student, says he was marching because Jarden Robinet and Terrance Mercadal, the two officers who killed Clark, “are still roaming the streets thinking what they did was OK.”

He continued: “It’s not. Police are here to uphold the law and protect our rights. If they think it’s OK to kill an innocent man and walk away with no charges, that’s not OK. That’s what we're here to let people know.” 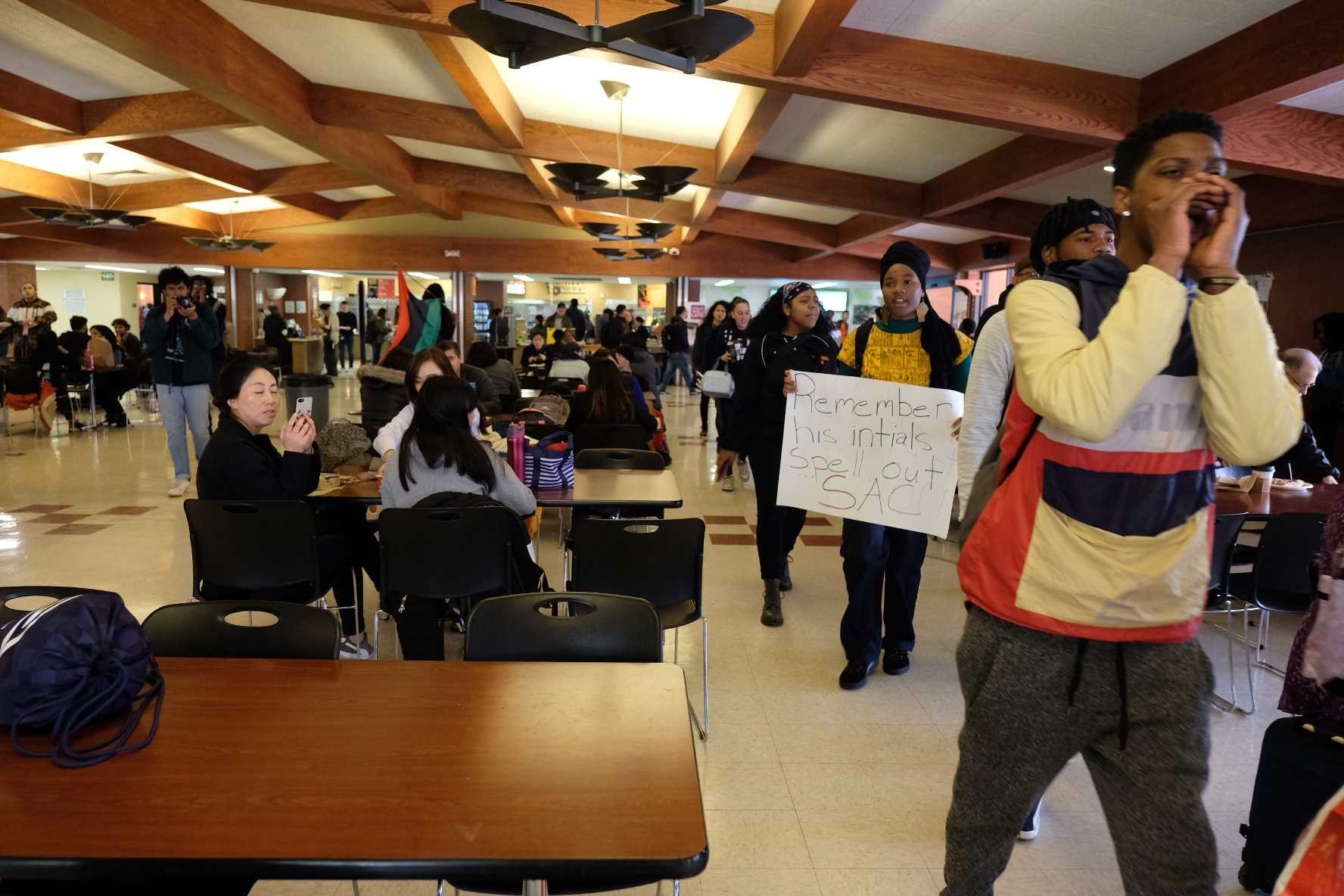 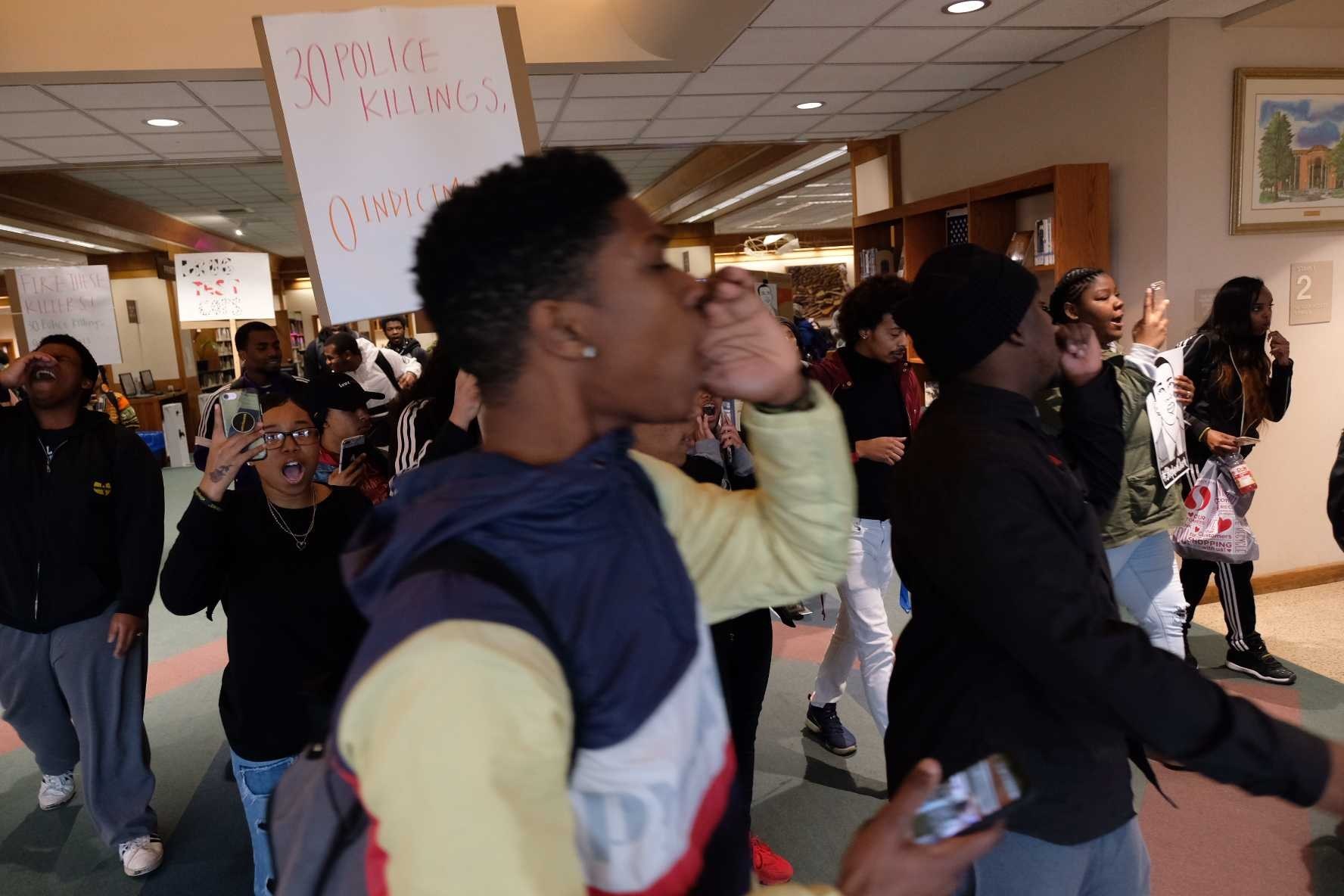 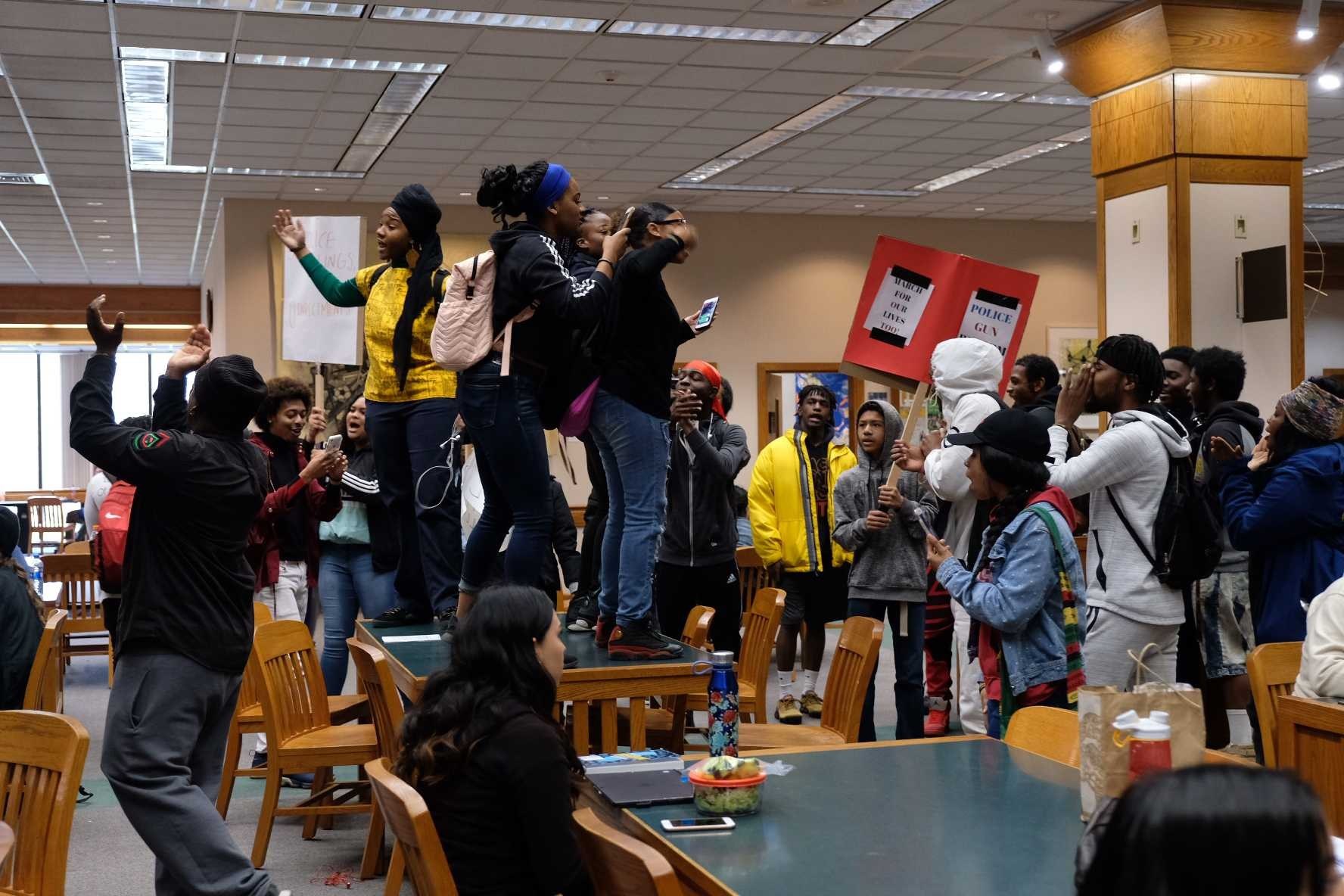 Jamarea Austin, a Sacramento City College student, argued that the officers who killed Clark could have used non-lethal force.

“I'm scared that my brother might end up with a bullet in his head for unjust reasons,” Austin said. “We're all scared, because that could've been any of us … me, my brother, sister, father, mother — anyone we cared about and loved. That's why we're marching.”

“We empathize with students who are feeling very strong emotions right now and want to affect change in our city,” Barrios wrote. 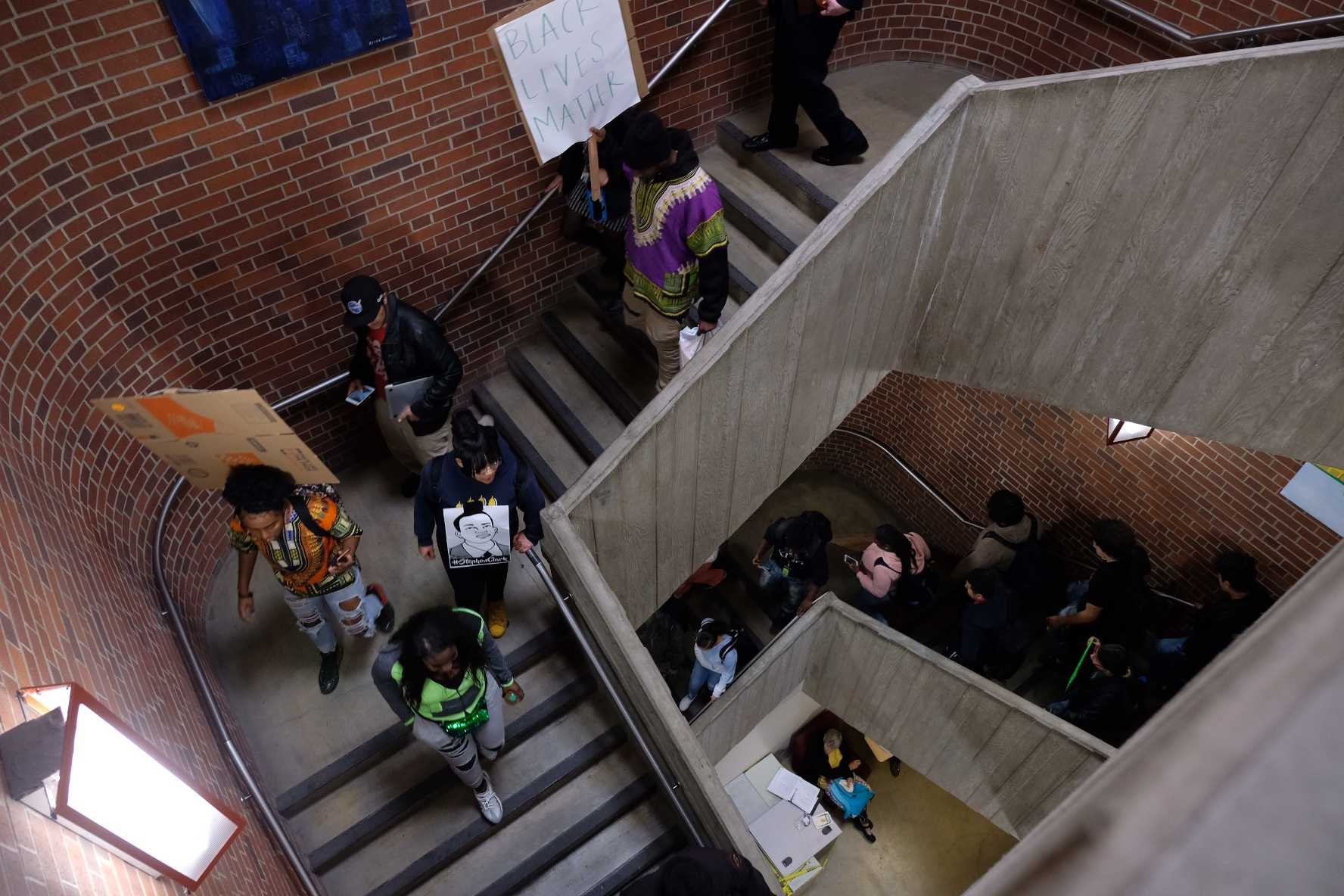 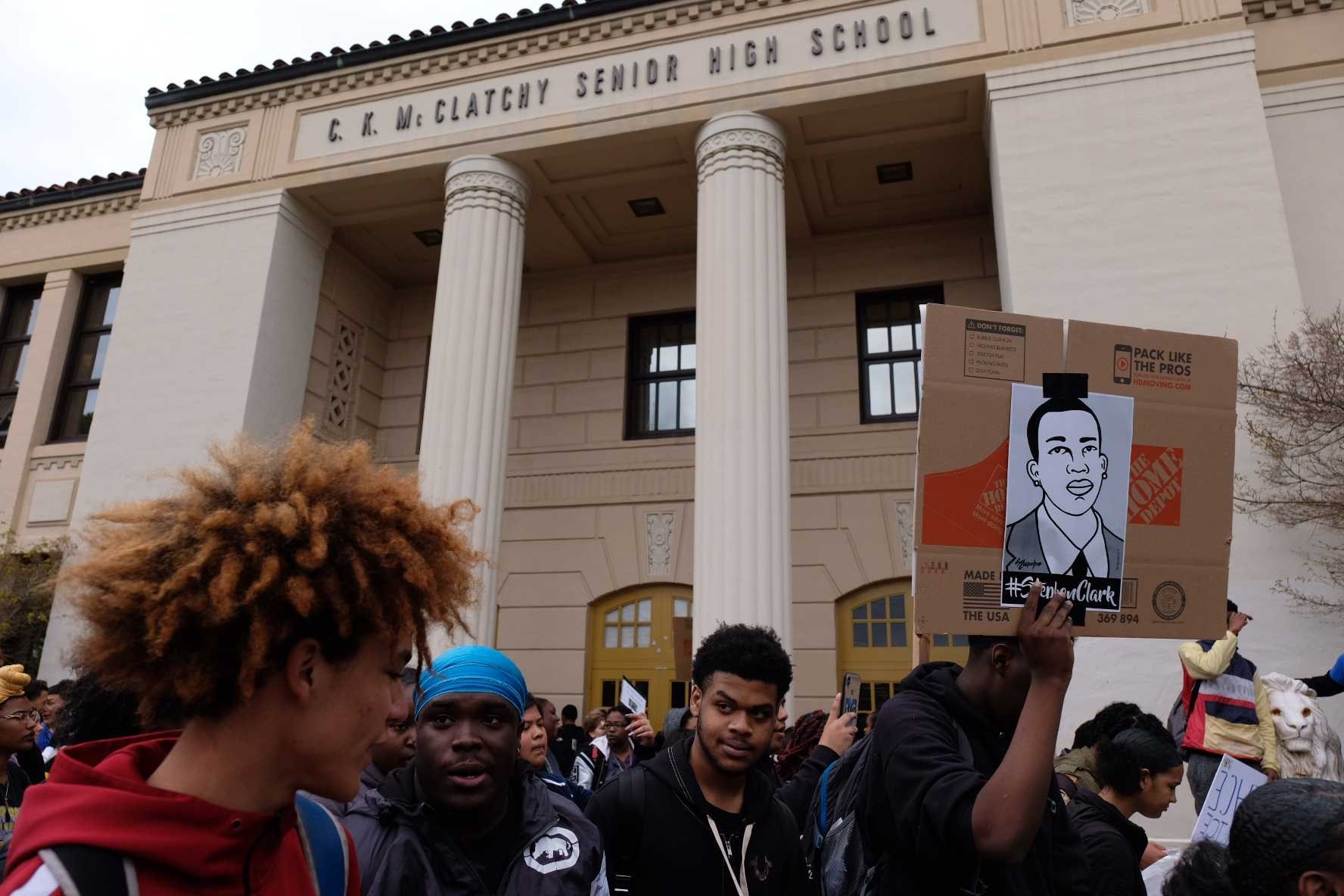 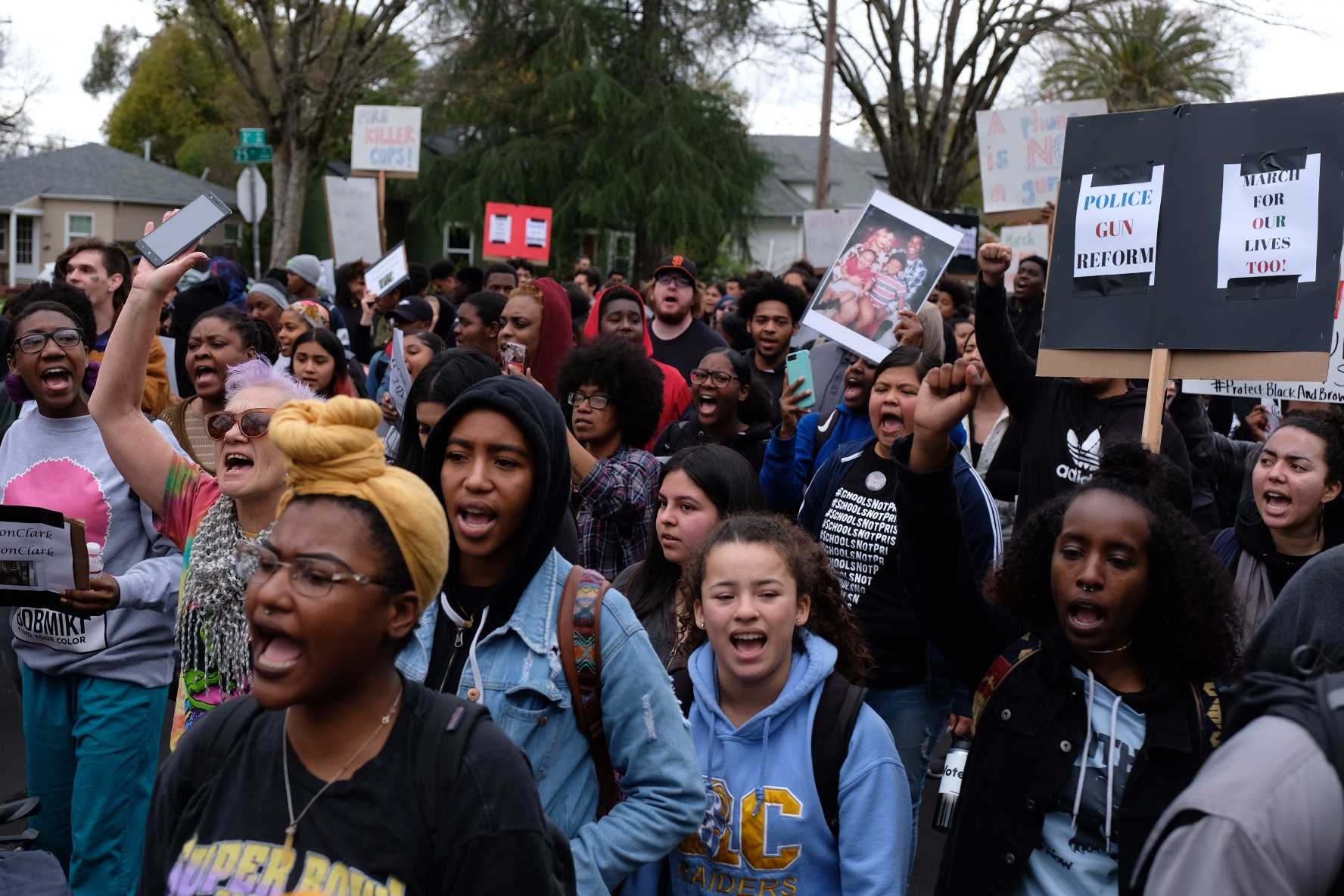 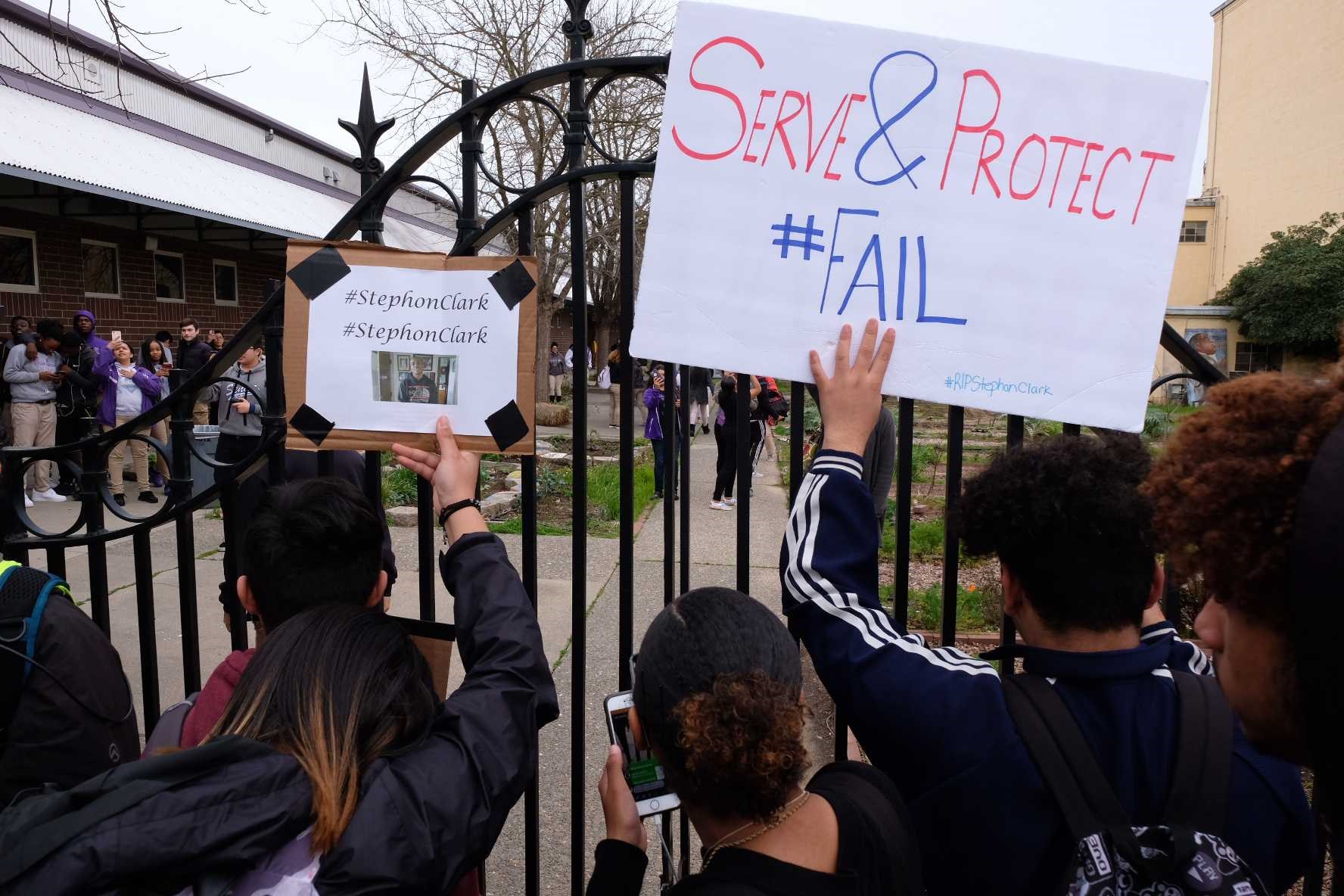 A spokesperson with the Sacramento Police Department wrote on Twitter that officers would be “facilitating traffic measure” during the march. Law enforcement presence was minimal as students and demonstrators headed down Freeport Boulevard and Second Avenue, then back toward the Capitol along Broadway. And there were no arrests on Thursday, according to the department.

Earlier in the day, religious leaders who are marching with the students held a press conference outside the state Capitol, calling on lawmakers to support Assembly Bill 392. That bill is supported by civil right groups and would raise the standard for when officers can use deadly for from reasonable to necessary. A competing bill backed by law enforcement groups would not change the standard, but would fund additional training for officers. 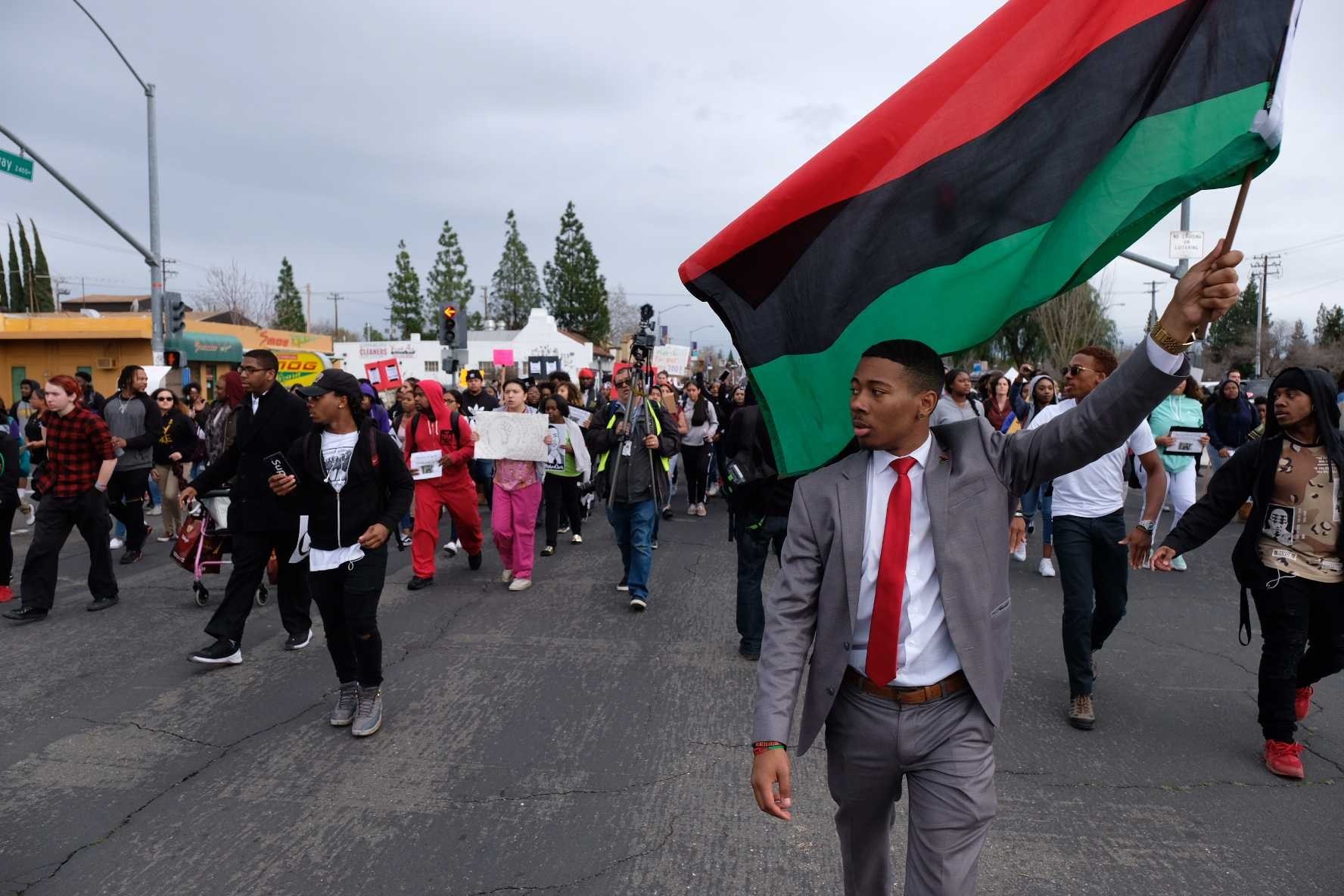 Students march down the Broadway corridor at 24th Street in Sacramento in protest of the shooting of Stephon Clark.Andrew Nixon / Capital Public Radio 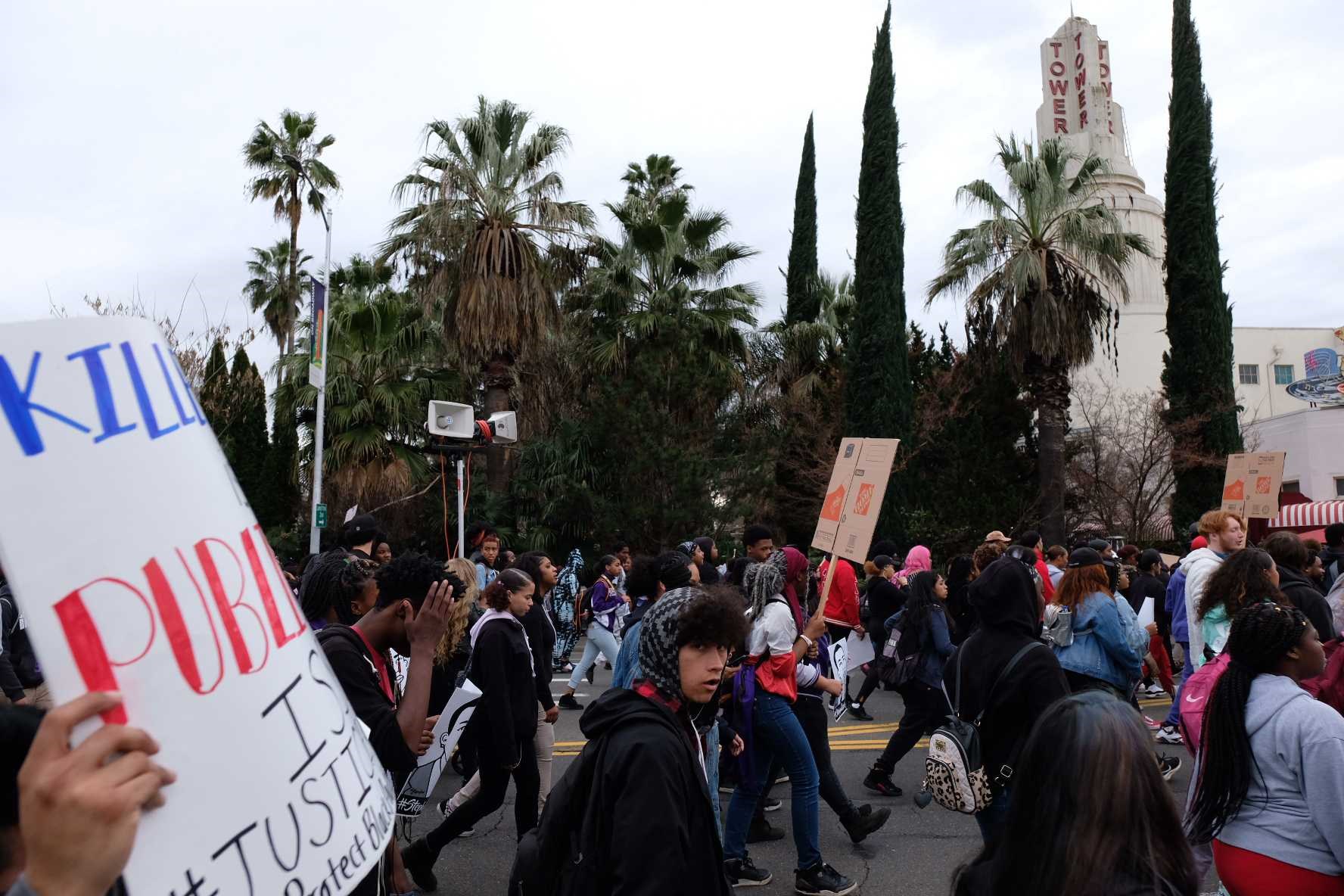 Students march down the Broadway in protest of the shooting of Stephon Clark.Andrew Nixon / Capital Public Radio 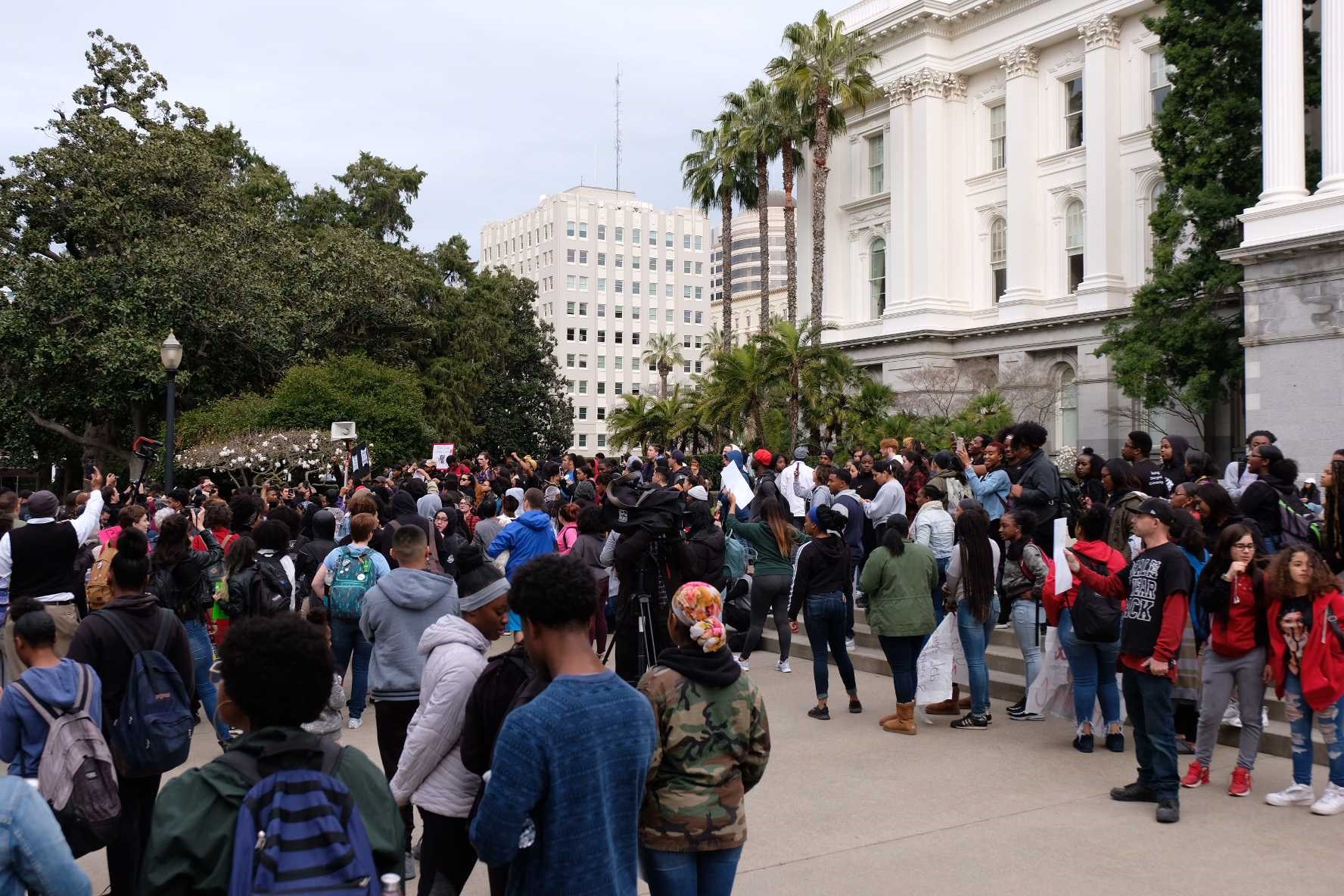 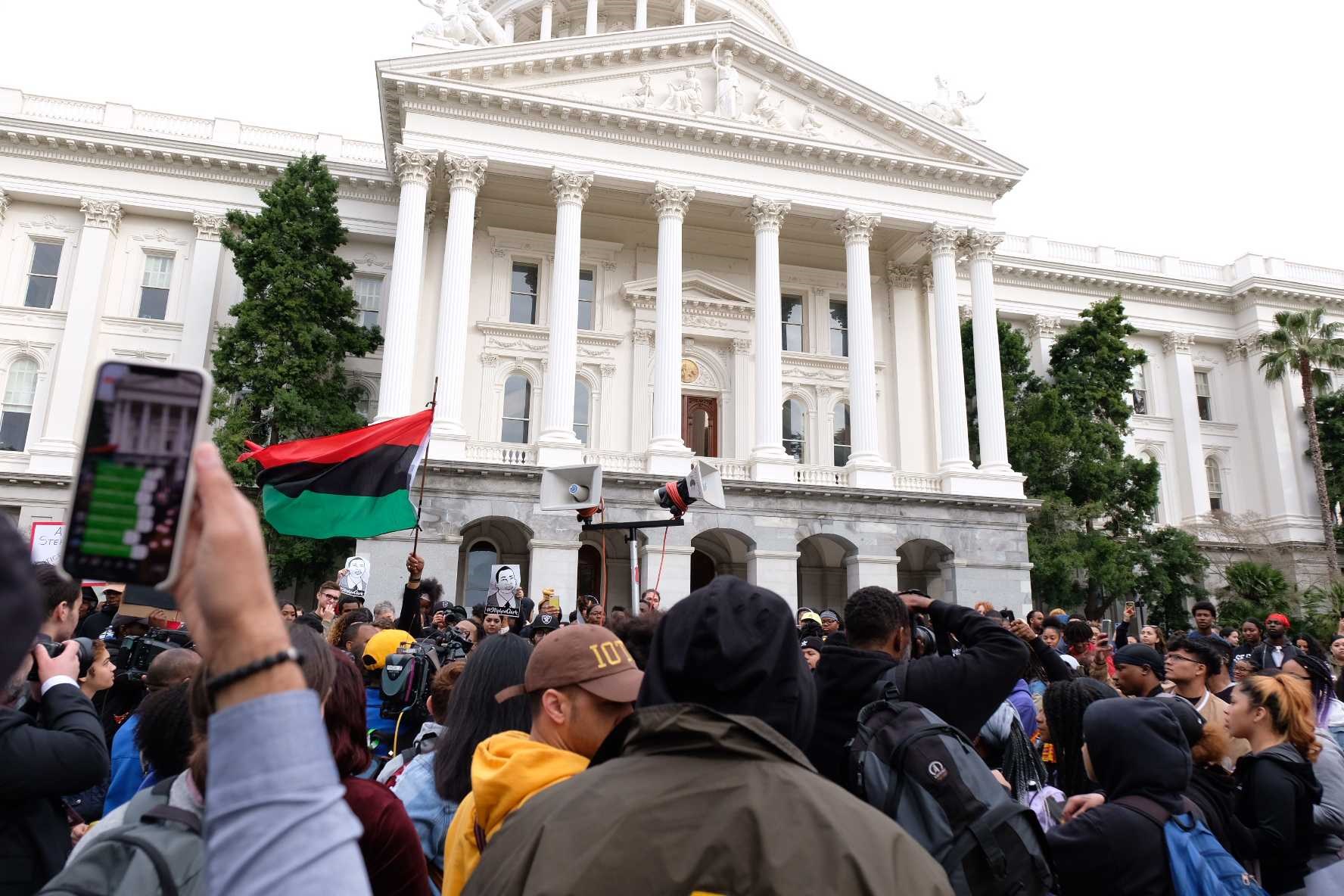 The student demonstration against the findings of local and state investigations into the shooting of Stephon Clark wraps up at the state Capitol.Andrew Nixon / Capital Public Radio 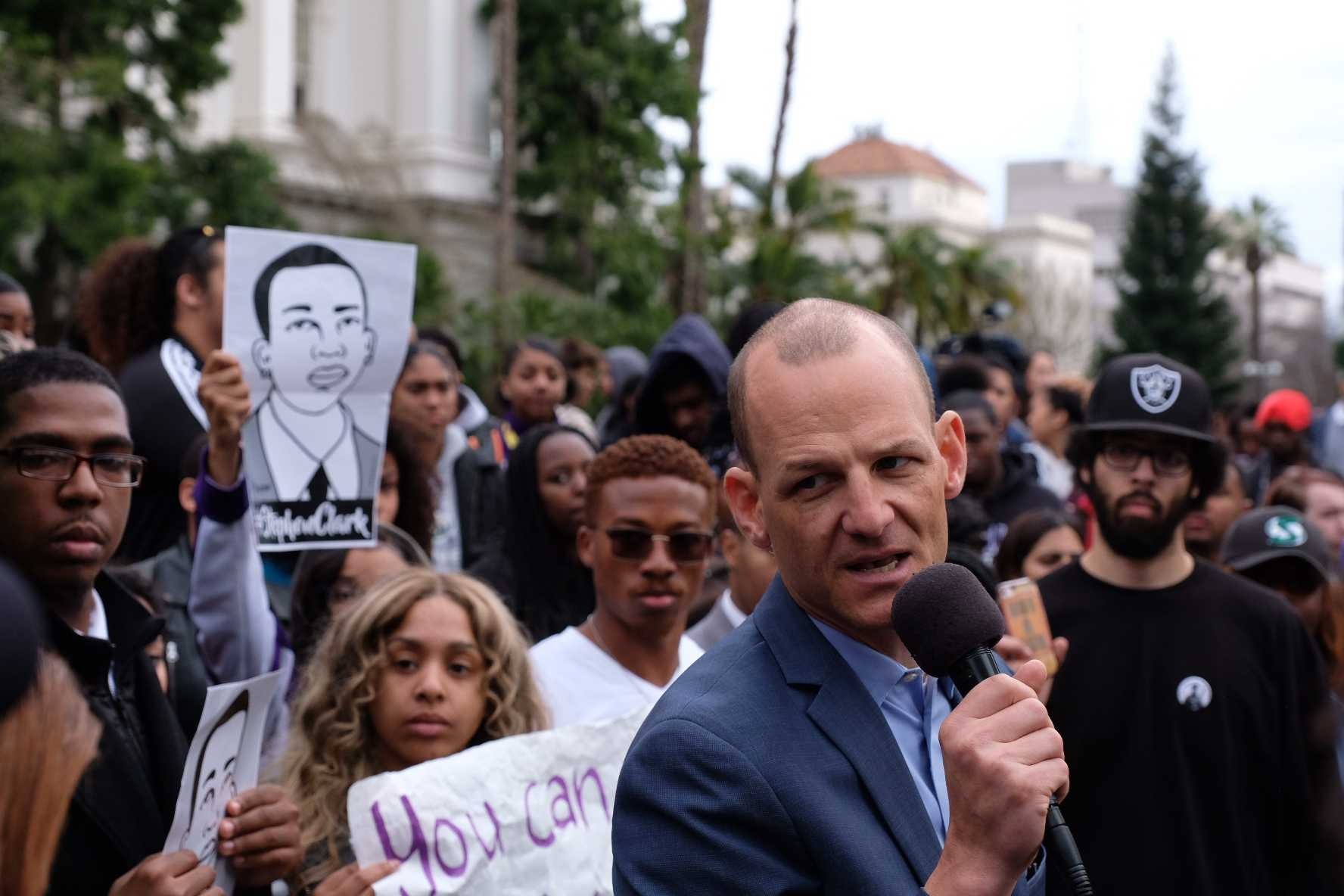 California Assemblyman Kevin McCarty, co-author of AB 392, which would change the standard for when law enforcement officers can use deadly force, reminds the crowd of students and other demonstrators "this is your Capitol."Andrew Nixon / Capital Public Radio

Sheridon Evans studies political science at Sacramento State, and was one of the “Arden 13” who conducted a sit-in at Arden Fair this past weekend, which prompted the mall to close on Sunday.

During Thursday’s march, he said a major goal of his “movement” is to get Assembly BIll 392 passed this year.

"Not only does it give accountability of the police to the people. [It's] this lack of accountability that's caused this tension between the black community, the Hispanic community and police,” Evans said. “So once the bill is passed, it'll set the stage for improving trust between these communities and police. But there's still a long way to go."

Follow CapRadio at @capradionews on Twitter for live updates on the demonstration. This story will be updated.