The freshman Democrat from Orange County, who represents part of Huntington Beach, has been working since last week to neutralize a state lawsuit against the seaside city, threatened by Gov. Gavin Newsom under a new state anti-NIMBY law.

“I reached out to every member of the city council and the city manager and also the governor’s office,” Petrie-Norris told CALmatters before stepping into more negotiations. “My goal in all this was to reach a resolution without having to take this to the courts.”

Late today Newsom’s office encouraged such efforts, but warned any compromise would have to meet state housing law.

“Our goal has always been for Huntington Beach to amend its housing plan to allow for more housing,” a Newsom spokesman responded in an email. “The Governor supports and encourages all efforts to help the city come into compliance with state housing law, and the state will gladly drop its lawsuit once it does so.”

Having Democrats such as Petrie-Norris and Umberg represent the city could make a deal to end the lawsuit more likely, given that their legislators, governor and attorney general are all members of the same political party. But any compromise could still face opposition from those who want less local control over housing policy.

Petrie-Norris says she’s heard a mix of opinions from her constituents about Newsom’s lawsuit. But what she hears most is, “Why us?”

“There are those people that feel that Huntington Beach has been unfairly singled out while cities like Marin are in as bad a situation as Huntington Beach,” said Petrie-Norris.

The county of Marin, of course, was the longtime home of Gov. Newsom and has served as a slow-growth poster child for decades.

At the very least, Petrie-Norris said, she would have appreciated more of a heads up that the lawsuit was coming.

The governor’s announcement “was not handled in the spirit of collaboration that I hope we can manage going forward,” she said. 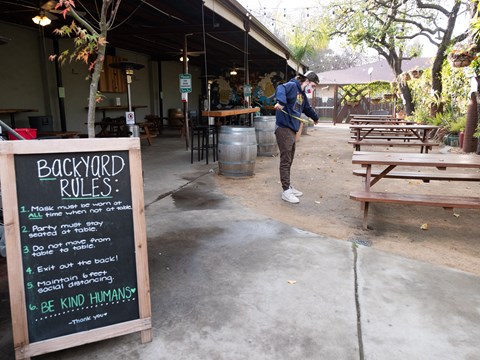 High-Speed Rail In California Moves Along, But Slowly