About a month after the Camp Fire sparked near Paradise, some 500 people piled into the Nevada County government headquarters. Although the blaze occurred 50 miles away, it was on the minds of many residents of the Sierra Nevada foothills.

County officials say that, since the Camp Fire, they’ve received numerous calls from people worried about their own fire safety. They decided to quickly organize a fire safety meeting on a December evening, and every overflow room was filled. The building was so packed, residents were turned away and asked to go home and listen on the radio. 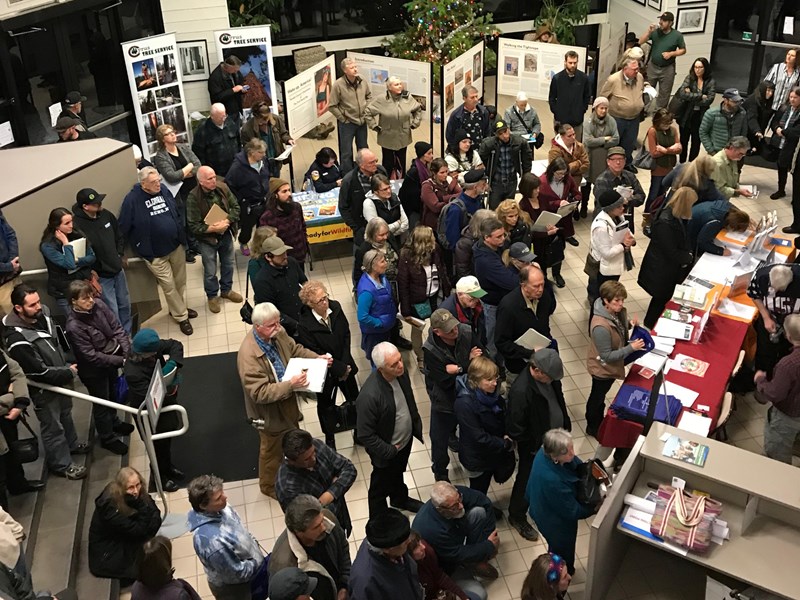 Eighty-six people died in the Camp Fire, making it the deadliest in state history. It also destroyed more than 18,000 homes and structures, and was a grave reminder that people in the Sierra foothills live amid high fire risk.

Chris Reilly, a retired firefighter who lives in a community near Grass Valley called Alta Sierra, understands this vulnerability. It’s easy to get lost driving crooked foothill roads that wind through his forested neighborhood, he says.

“People trying to evacuate would be confused, especially if there was a lot of smoke,” Reilly said. “I just see the problem of too many cars on the road and you have one accident and it jams up.”

Cal Fire lists almost 200 California cities as being “very high fire risk,” including the foothills towns of Colfax, Auburn, Nevada City, Grass Valley, Placerville and Sonora. These areas have high elevations, thick forests and housing developments built on narrow roads. A lot of people say there’s only“one way in, one way out” from their homes. And these factors are making residents worried over whether they could flee a fast-moving fire. 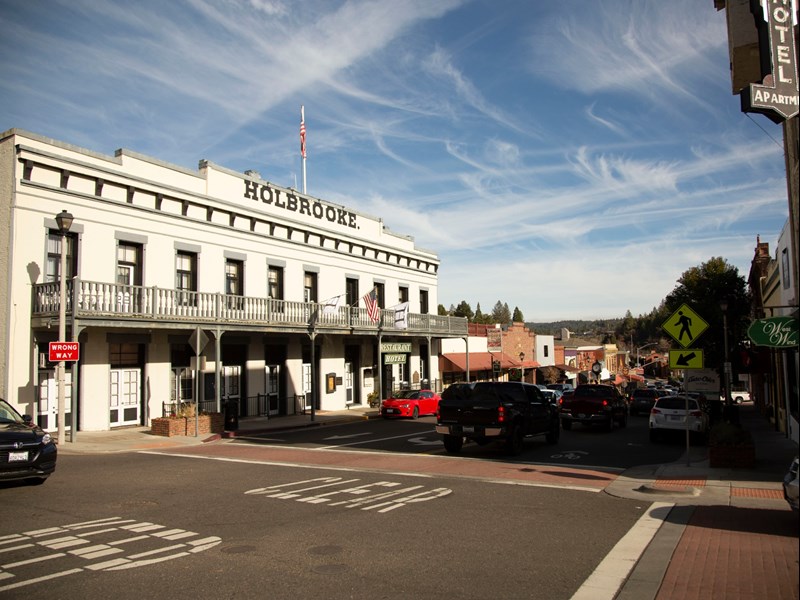 Many residents, like Allen, are still thinking about the harrowing images and videos of survivors who got stuck in traffic while trying to escape the Camp Fire.

“The main thing is you’ve gotta know your evacuation routes, if in fact you can get out,” Allen said.

He’s worried that cars would be backed up near Nevada City, for instance, if everyone was trying to flee on two-lane country roads. He’s been talking to people around his neighborhood about solutions.

As he drove around the neighborhood on a December morning, he spotted rancher Jim Gates feeding his cattle. He asked Gates if he would be willing to designate his pasture as a “shelter in place” area where people could run to if they got stuck in traffic during a fire. 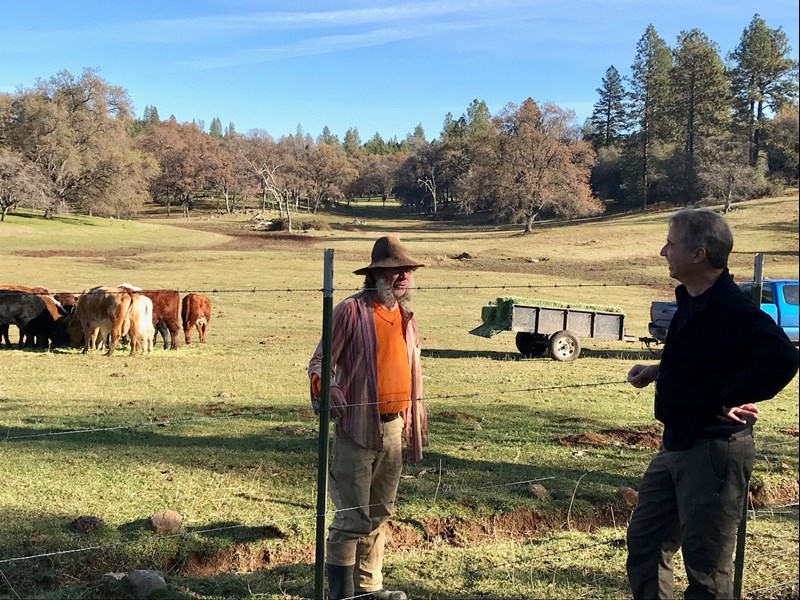 “Because right now, you can’t outrun a fire,” Allen told Gates, who agreed.

“These roads are made for horses, they ain’t made for cars,” Gates said. “Ask them people in Paradise if they could outrun it.”

Could The Camp Fire Happen Again?

One key factor firefighters look at when assessing an area’s fire danger is its fire history. Brian Estes, a CalFire chief for Nevada, Yuba and Placer counties, grew up in Paradise and says the area has witnessed wildfire after wildfire. “Some places burn time and time again,” Estes said. “Paradise is one of those places.” 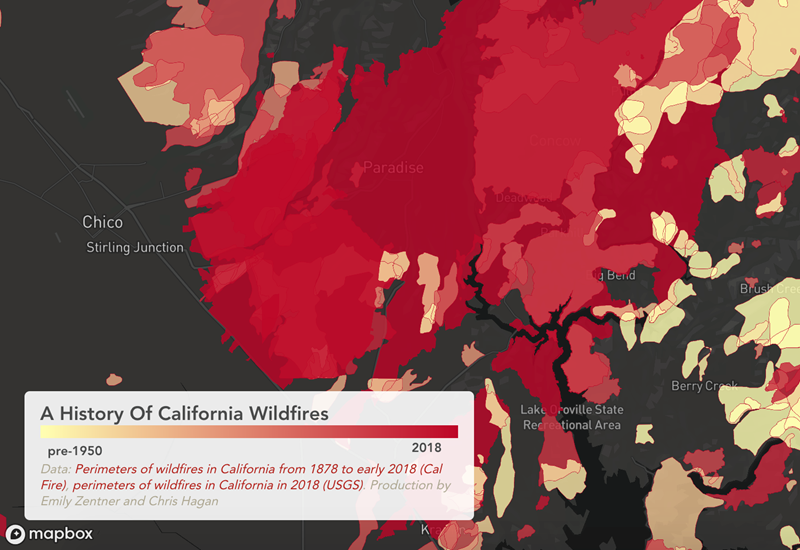 Click here to see a full version of this map, including fire perimeters from more than 100 years of California fires.

Estes wouldn’t go so far to say that a Camp Fire-style blaze couldn’t happen in Nevada County. “But there were some factors that came together in a rare way,” Estes said of the blaze that tore through Paradise and nearby neighborhoods.

He’s talking about the extreme winds that blew through a canyon east of Paradise on the morning of November 8. “That canyon produces some of the most significant down-canyon winds of any place in the state,” he said.

A few wildfires have threatened the Nevada City and Grass Valley areas, including the Wind Complex fires, which started the same night as the Tubbs Fire, and many others across Northern California in 2017. And longtime residents still talk about the 49er Fire that burned in 1988. Allen lost his family’s cabin in that fire.

Estes says Nevada County doesn’t have as pervasive a fire history as Paradise. “But what it does have is topography, canyons, vegetation and it has population, which equals the potential for ignitions,” he said. 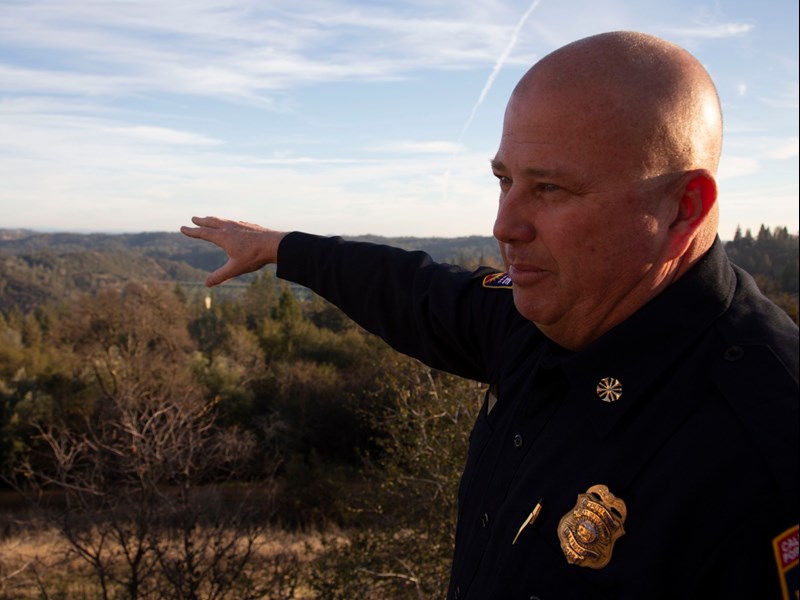 The fact that recent fires are getting people to think about their own community safety is a good thing, Estes said, because emergency departments can’t do everything.

“We have to take advantage of the education, of people being self-reliant and being part of the solution,” he said. “That is really the key to success.”

How To Improve Fire Evacuations

When it comes to escaping a wildfire, communities are batting around a whole host of ideas. Retired firefighter Chris Reilly, for instance, is working on creating color-coded evacuation routes that could be displayed on street signs in Alta Sierra.

“It’s a good way to help people navigate,” Reilly said. “When other systems go down, we start to rely on our cell phones so much and yet there’s parts of this area here, because of the topography, you can’t use Google Maps, it won’t work.”

“We now know that when big fires happen, it blocks the sunlight,” Gulserian said. “It can be pitch black outside. So, you want to have something that’s reflective, and you can see it and it’ll take you to a main road.”

Gulserian knows that getting trapped in the darkness during a fire is a real concern: His daughter was living in their family home in Paradise when the Camp Fire sparked.

He tried to call her that morning. “She was pretty much, ‘Dad, I’m in the driveway. There’s smoke all around me. Fire. What do I do? I can’t see,’” he said.

She was able to make it out. Gulserian met up with her on the side of Highway 99, where she had run out of gas.

“Basically, I picked her up off the ground because she was done, emotionally wiped out from the ordeal,” he remembered.

Paradise residents were keenly aware of the fire danger and fire history in the area, Gulserian said. As emergency services manager, he worked with the community to prepare.

After the Butte Lightning Complex fires in 2008, for example, his office redesigned Paradise’s evacuation zones. “We made some of the zones smaller so the traffic wouldn’t be backed up as much,” he said.

But then the Camp Fire happened, and officials had to evacuate everyone at once. “Nobody could have expected a direct hit like that,” Gulserian said. “It was just too fast-moving.” 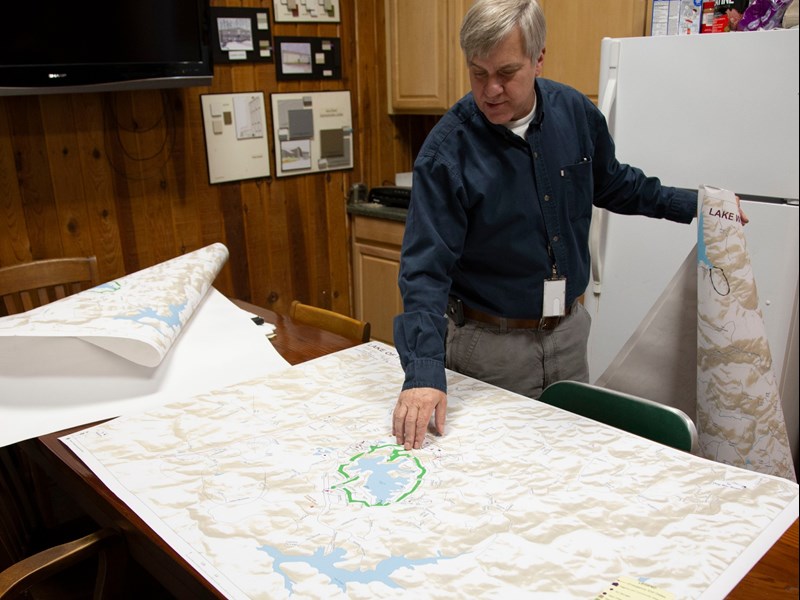 Gulserian now oversees operations for Nevada County, another area that has a lot of “high fire danger,” according to Cal Fire. He says the terrain, vegetation and environmental conditions are very similar to Paradise.

“There’s a real possibility that we could have a large fire event,” he said. “Some folks tend to say [the Camp Fire] was just a one-time thing, but it could happen.”

Last year, Nevada County did drills with emergency responders in two of the most vulnerable communities in the county: Alta Sierra and Lake Wildwood. During those drills, fire personnel came out and evaluated defensible space at various homes. There was no evacuation exercise, but residents were asked to review their plans, Gulserian said. The county is planning drills in three other communities this year, he said.

He hopes the heightened interest in fire safety will continue. “It’s not just government doing everything,” he said. It’s the whole community approach.”