(AP) — Human feces, overflowing garbage, illegal off-roading and other damaging behavior in fragile areas were beginning to overwhelm some of the West's iconic national parks on Monday, as a partial government shutdown left the areas open to visitors but with little staff on duty.

"It's a free-for-all," Dakota Snider, 24, who lives and works in Yosemite Valley, said by telephone Monday, as Yosemite National Park officials announced closings of some minimally supervised campgrounds and public areas within the park that are overwhelmed.

"It's so heartbreaking. There is more trash and human waste and disregard for the rules than I've seen in my four years living here," Snider said.

Unlike shutdowns in some previous administrations, the Trump administration was leaving parks open to visitors despite the staff furloughs, said John Garder, senior budget director of the nonprofit National Parks Conservation Association.

"We're afraid that we're going to start seeing significant damage to the natural resources in parks and potentially to historic and other cultural artifacts," Garder said. "We're concerned there'll be impacts to visitors' safety."

Spokespeople with the Interior Department did not immediately return emails seeking comment on Monday.

National Park Service spokesman Jeremy Barnum had said as the shutdown took hold that "national parks will remain as accessible as possible while still following all applicable laws and procedures."

In practice, that meant on Monday that many park toilets were closed or filled to overflowing, despite holiday crowds.

Campers at Joshua Tree National Park in Southern California's deserts were reporting squabbles as different families laid claims to sites, with no rangers on hand to adjudicate, said Ethan Feltges, who operates the Coyote Corner gift shop outside Joshua Tree.

Feltges and other business owners around Joshua Tree had stepped into the gap as much as possible, hauling trailers into the park to empty overflowing trash bins and sweeping and stocking restrooms that were still open, Feltges said.

Feltges himself had set up a portable toilet at his store to help the visitors still streaming in and out of the park. He was spending his days standing outside his store, offering tips about the park in place of the rangers who normally would be present.

"The whole community has come together," Feltges said, also by phone. "Everyone loves the park. And there's a lot of businesses that actually need the park."

Some visitors have strung Christmas lights in the twisting Joshua trees, many of which are hundreds of years old, the Los Angeles Times reported.

Most visitors were being respectful of the desert wilderness and park facilities, Joshua Tree's superintendent, David Smith, said in a statement.

But some are seizing on the shortage of park staffers to off-road illegally and otherwise damage the park, as well as relieving themselves in the open, a park statement said. Joshua Tree said it would begin closing some campgrounds for all but day use.

At Yosemite, Snider, the local resident, said crowds of visitors were driving into the park to take advantage of free admission, with only a few park rangers working and a limited number of restrooms open.

Visitors were allowing their dogs to run off-leash in an area rich with bears and other wildlife, and scattering bags of garbage along the roads, Snider said.

"You're looking at Yosemite Falls and in front of you is plastic bottles and trash bags," he said.

Sacramento City’s Workforce Is Overwhelmingly White And Male. But An Equity Plan Hopes To Address That 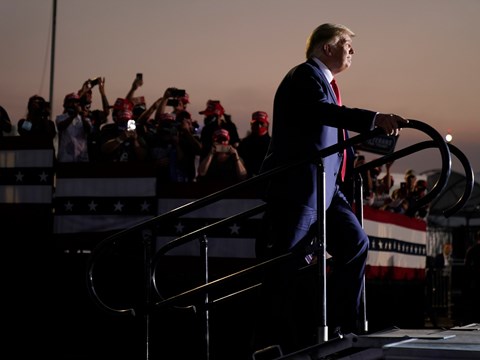