Certain foods are prized for their smokiness: think of Gouda cheese or paprika. But when California winemakers talk about smoke taint, they’re not talking about wines with smoky notes.

“[Wine] is only tainted when you get that really negative, cold campfire, old ashtray aftertaste,” says Anita Oberholster, an enologist with the UC Davis Extension.

She says no serious winemaker would ever consider releasing a wine with these flaws. But lately, the enologist fields a lot of calls from vintners who want her to taste their wines and weigh in on whether she detects even the slightest trace of taint from smoke exposure.

Roughly 90 percent of the Napa and Sonoma wine grape harvest was already complete by the time the Northern California firestorm raged through the region in the fall of 2017. Most vineyards and wineries in those two counties escaped unscathed.

Retail sales of California wine were valued at $35 billion last year, according to industry figures. The potential for future wildfires to devastate wine country is a top concern among people in the business, which is why California’s industry is funding Oberholster’s research at UC Davis.

Wine grape growers and winemakers want to be able to detect smoke taint in wine grapes and they also want to know what, if anything, can be done about it. To find out more, Oberholster is making and testing wine from smoke-exposed grapes. Her cellar is a high-ceilinged room full of gleaming steel tanks at the Robert Mondavi Institute for Wine And Food Sciences at UC Davis. 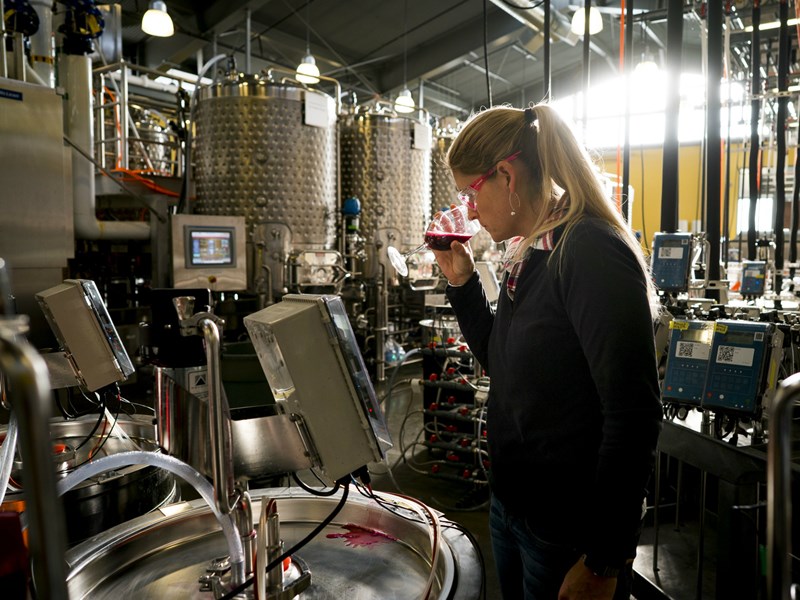 Anita Oberholster, UC Davis researcher and Cooperative Extension Specialist in the Department of Viticulture and Enology, samples grapes that have been tainted by smoke from wildfires at the UC Davis Teaching and Research WinJoe Proudman / UC Davis

Her first batch of wines come from cabernet sauvignon smoke-exposed grapes from the UC Davis Oakville viticulture research station in Napa. Amid the devastation caused by wildfires, Oberholster and her colleagues saw a scientific opportunity. As soon as the evacuation orders lifted, she and her graduate students moved in to harvest the grapes.

Vintners and wine grape growers want science-based standards to guide their decisions about when to harvest smoke-exposed grapes and when to discard them, she says.

But knowing the location of the vineyard and the fires doesn’t allow you to predict which grapes are going to develop this taint, Oberholster points out. “Various factors come into play, such as how fresh the smoke was, how long it hung around and the grape’s ripening stage,” she says.

Another complication: Wines change as they age in the bottle. So, winemakers are keen to determine if wines that taste fine when they’re bottled could be at risk for developing a distracting, ashy aftertaste as time goes on.

“I’ve made some wines that I expected to be very tainted and [then] it’s barely there,” she says. 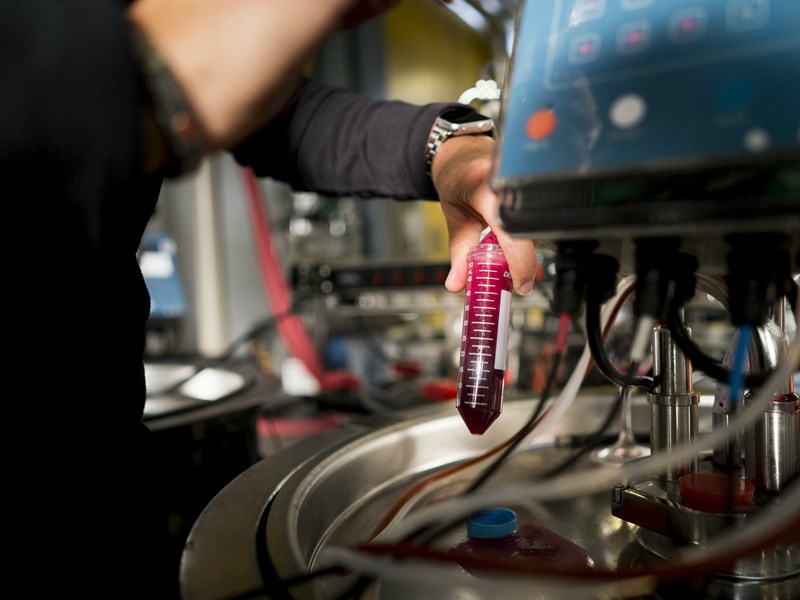 Anita Oberholster, UC Davis researcher and Cooperative Extension Specialist in the Department of Viticulture and Enology, samples grapes that have been tainted by smoke from wildfires at the UC Davis Teaching and Research WinJoe Proudman / UC Davis

Oberholster also cautions that current use of the term smoky is highly “subjective,” because there is no clear definition within California’s wine industry. “Smokiness on the aroma, you can get that from many, many things,” she says. “Barrel-aging a wine could give you that character. That doesn’t mean the grapes it was made from were ever smoke exposed.”

So far, Oberholster says her research has shown that most wines fall into a gray area.

At this early stage of research, she has identified techniques that could address the aspect of smoke taint that’s connected to aroma. “There are things that help, but it’s not a 100 percent fix,” she concedes. More research is needed when it comes to the wine compounds linked to aftertaste, she says.