Sacramento’s McKinley Park is a step closer to having an underground, concrete sewage tank the size of a football field.

The tank would catch stormwater runoff that the city’s sewer and drainage system can’t handle. Brett Grant, a senior engineer for the city, says the current, old sewer system sometimes sends sewer water into the streets.

"It's an old system. It was the initial sewer system that Sacramento had,” he said.

Grant explained that the old system “combines both the rainwater runoff with sewer flow from the buildings,” and that, “when we get bigger storms, it causes the pipes to fill up rapidly."

Some people who live near the park are opposed the project, arguing that the dust and noise from construction would be a nuisance. They also complain of the impact it would have on use of the park and possibly the trees.

Grant says ratepayers would pick up the estimated $30 million cost of the new tank.

Diane Edwards lives in the area and spoke at city council on Tuesday night in opposition. She proposed two systems: One for sewage, one for stormwater.

"Sacramento needs updated split-sewer systems throughout the city. The building of the vault is a huge disruption and not really necessary. It's a patch," Edwards said.

The city says splitting the system would be more expensive, $2 billion, and would take up to 25 years to complete.

Richard VanGuren, who also lives near the park, was in the minority when he said the project should go forward as planned to keep sewage out of the streets.

“It’s a liveable cost to ameliorate what is now a health risk in East Sacramento,” he said.

Council voted to approve the environmental impact report for the project by a 5-0 vote.

Grant says the McKinley Park has been prone to flooding in years past. A city staff report says that, after several flood incidents, the Regional Water Quality Control Board issued a cease and desist order in June 1990 to stop allowing untreated water from flowing into the streets or into the Sacramento River.

There are other similar tanks in place under a UC Davis Medical Center parking lot, an Oak Park soccer field and at 42nd and R streets, which total about 8 million gallons in storage.

The project includes the cost of returning the baseball field to its previous condition, as well as repairs to bathrooms, jogging trails, shade structures, park benches and barbecues. Grant says a few small trees might be removed to allow access to equipment.

The plan is expected to go before the city council for a vote in a month. 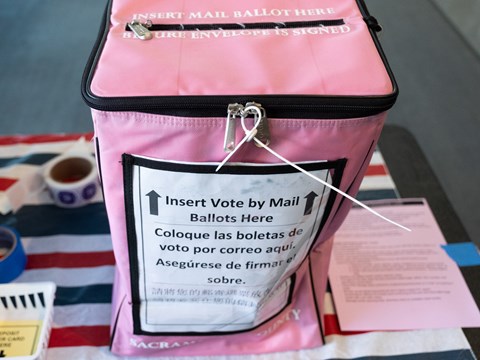