To get to Heather Saxton’s house in Fiddletown, Ursula Tocher takes hairpin turns up narrow streets into what seem like endless brown hills. She arrives at a small cottage, where Saxton, 72, lives with her cat, Flower. Tocher is a volunteer senior visitor, which means she drives all over to find Amador County’s most isolated people and keep them company. And it’s a busy job.

“There are many little roads in Amador County that have a lonely person at the end of them,” Tocher said.

She works on the front line against chronic loneliness, a health issue that according to research presents a threat of early death equal to obesity. It can slow down the brain and drive people into deep depression. And it’s a major suicide risk, especially for seniors.

One-third of all people who took their lives in Amador County between 2010 and 2017 were over age 60.

Saxton said she enjoys the quiet of her backyard, where she can hear the bubbling creek in the springtime and the birds year-round. The inside of her home is silent — it’s just her, some artwork and the cat.

Her family doesn’t visit, and she doesn’t have a lot of friends, she said. She goes to the grocery store in Jackson a few days a month. But most of the time, all that quiet can be grating.

“It’s such a basic need to socialize or to have people around. When one doesn’t, what’s the purpose?” Saxton asked. “With loneliness, it’s easy to dig oneself into being more and more lonely, because you start isolating, and it just kind of snowballs.” 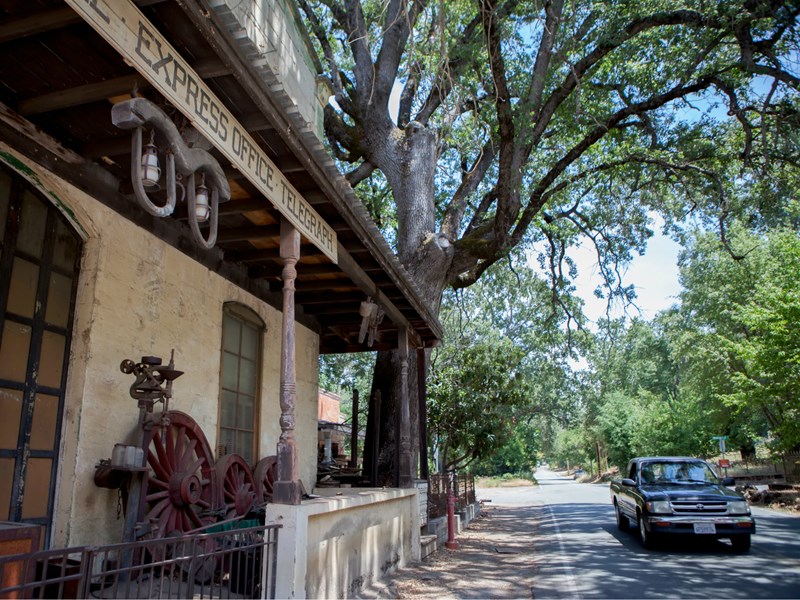 “There are many little roads in Amador County that have a lonely person at the end of them,” said Ursula Tocher, a volunteer senior visitor who drives all over to find the county's most isolated people and keep them company.Vanessa S. Nelson / Capital Public Radio

There are seniors like Saxton in rural places all over California who might go long stretches without seeing or talking to another human. Tim Smith, a psychologist who studies loneliness at Brigham Young University, said that’s actually pretty dangerous.

“We’re social creatures biologically," he said. "Our brains are wired for connection."

When that connection doesn’t happen, our neurotransmitters stop working at their regular clip, he explained. Our brains produce fewer endorphins, and subbing in TV or social media doesn’t bring those levels back up.

Smith said the way our society is changing is making this worse. A few decades ago, families stayed together longer and grandparents lived at home until they died. That’s gotten less common, especially among white people. Research shows that suicide rates among Hispanic adults, who are more likely to be protected by close-knit families and cultural traditions that reinforce the value of life, are significantly lower than most other groups.

In Amador County, which is 80 percent white, the lack of nearby family or social services within walking distance can make residents feel abandoned.

So, check-ins from people like Ursula can help. But Smith and his colleagues are looking at another idea: having volunteers train isolated seniors on how to use Facebook or Skype to contact people they’ve known in the past. He said picking up old relationships can be more effective than starting new ones.

But sometimes, just making a friend — or a whole bunch of friends — can be enough of a protective factor to save someone from suicide. That’s what Andy Fulton found out when he started visiting the Sierra Wind Wellness and Recovery Center in Jackson a few years ago.

Fulton is a big guy, with a mop of dark hair and a face full of scruff. He used to be a school custodian, but an injury left him unable to work, even simple repairs around the house. When his wife died about a decade ago, he found himself sitting around, not leaving the house for days on end. He said he started to feel depressed and irritable.

So, he got in the car, and drove the windy 14 miles to Sierra Wind.

“And I’ve got friends here, these people I met,” he said. “It’s better than sitting at home and looking at walls and watching TV and becoming a couch potato.”

The brightly lit, two-story building serves a well-attended free lunch every day and offers a support group for almost everything — Alcoholics Anonymous, bipolar disorder, LGBT support. There aren’t any therapists or psychiatrists, so staff refer guests who need more advanced help to the county health department. 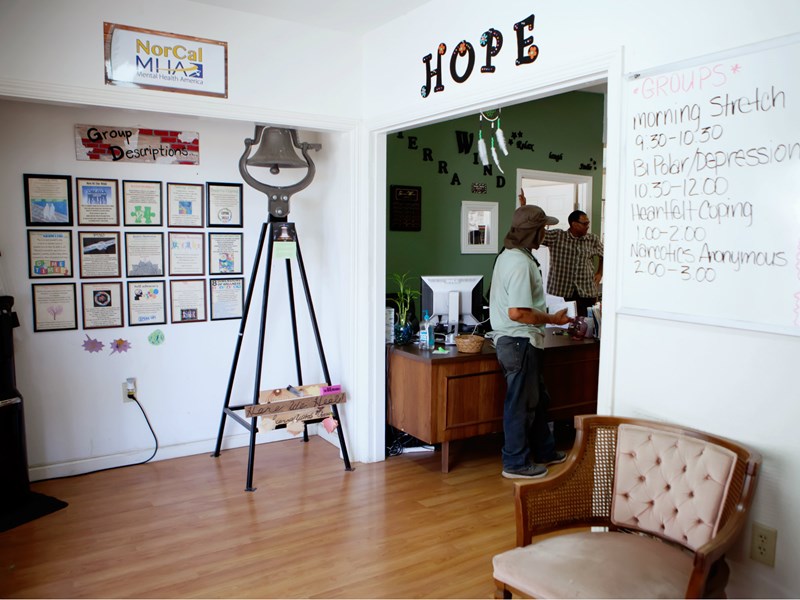 But executive director Joseph Bartholomew said many people start to feel better just by talking to their neighbors.

“We’ve seen that peer support is very helpful,” he said. “Having someone to come along and talk to you and get to know you and build a relationship with you, tends to work. Some people at that point decide, ‘Maybe I want to do something for myself around my condition.’ Because we have to remember, everybody's on their own journey.”

Fulton said he really likes the support groups, even though he mostly attends out of curiosity.

“I don’t think I’m nuts yet, but it’s just something to go to,” he said. “I learn a lot of things. I learn a lot about the people that have that problem because it’s discussed in there.”

And when he doesn’t show up for a day or two, somebody from the center calls to check in. He said he doesn’t know what he’d do if it weren’t there.

“They keep me going from being depressed,” he said. “And they always tell me, ‘You do the wrong thing, you’re going to be floating up in heaven, so don’t do any harm to yourself.’”

For some seniors, having that lifeline is enough to keep bad thoughts at bay.

The wellness center wants to increase how long it can stay open each week, and the senior visitor program would like to sign up more isolated people like Heather Saxton. The county plans to spend a portion of its mental health dollars from the state on social gatherings for high-risk groups, including seniors and teens.