Or at least it is for Mitchell Franklin. The 24-year-old is an employee of the Sacramento Kings' online NBA2K video gaming team called Kings Guard. His player handle is Mootyy. He says this job is no joke.

"People see video gamers like stereotypical stuff, like sitting in mom's basement eating food and stuff,” Franklin said during a recent practice at the Golden 1 Center. “But we gotta get after it every single day: practice, game, grinding, traveling, really preparing, like watching film, going through everything. It's nothing easy."

In NBA2K’s first season, 17 of the 30 NBA franchises fielded teams. They each drafted six players, who are paid salaries and expenses. For 14 straight weeks, the teams travel to New York, where their matches are broadcast live on Twitch TV.

And when he’s not competing on the other side of the country, Franklin is in a dark room in the bottom of Golden 1 Center. A dozen monitors glowed as he and his Kings Guard teammates practiced against other Kings employees. 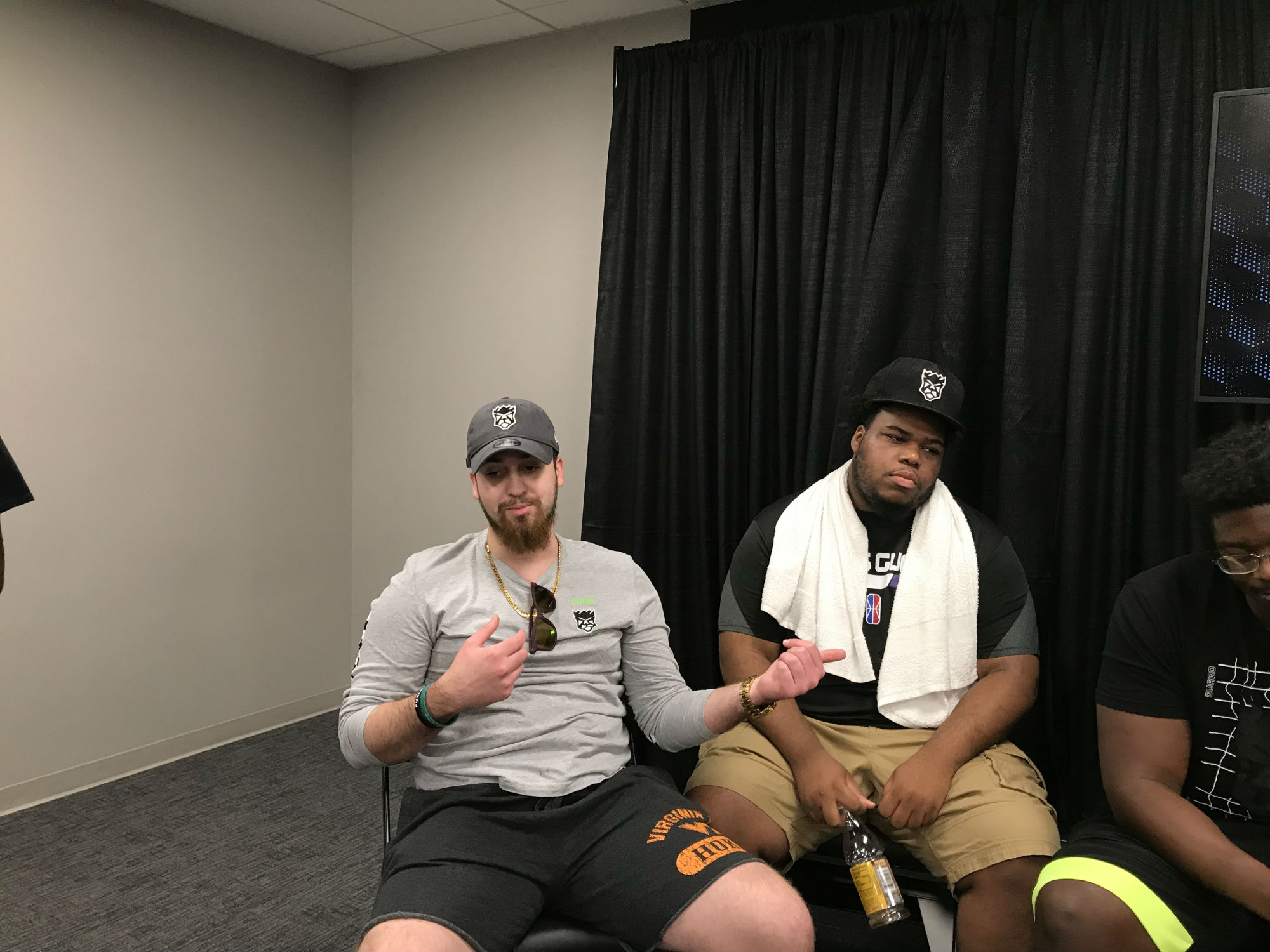 How do you get this job? It’s not easy. It starts with a tournament of a million people, who are eventually whittled down to 250. Then, the players have to go through what's called a combine, or a test of skills, similar to what college football players go through before the NFL draft.

Do they take detailed measurements of players’ hands during the combine, as they do for wingspan and height of NBA pros?

Franklin laughed at this, then explained the process: “Win like 50 games, and every single game you had to play with four new people, so you have to be able to communicate and show leadership skills” to get drafted.

In the end, just 102 players landed on NBA2K squads.

Jhade Black is one of the leading scorers on the Kings team and goes by the name Worthing Colt. It’s the name of his high school and mascot. He says the players who made the final cut did so based on statistics collected from the combine.

"They compare stats and all kinds of other analytics: How many times you hold the ball, how many steps you take, certain passes you do make and don't make,” Black explained. “Basically, they do a whole bunch of research and data for all of this, and they pick the top players that stand out the most among you."

During a recent team practice, a group of African-American middle school students visited. Many of the kids are from at-risk Sacramento neighborhoods. They're at the arena to learn about careers in science and technology.

Black laughed when asked if he ever thought kids would be taking a tour of a professional sports arena to see him play video games.

"I can tell you for sure I did not," he said. "It's definitely an honor. I'm just happy and enjoying every moment of it."

Student Uriah Bankett, 12, checked out the bank of computers during the visit.

"A lot of us haven't really experienced this and so it's just a new thing for all of us," Bankett said. "So, we're all excited about it. To be able to sit in the chair and actually play, I mean, We don't know what's going on, but so far it looks like it's going to be pretty cool.” 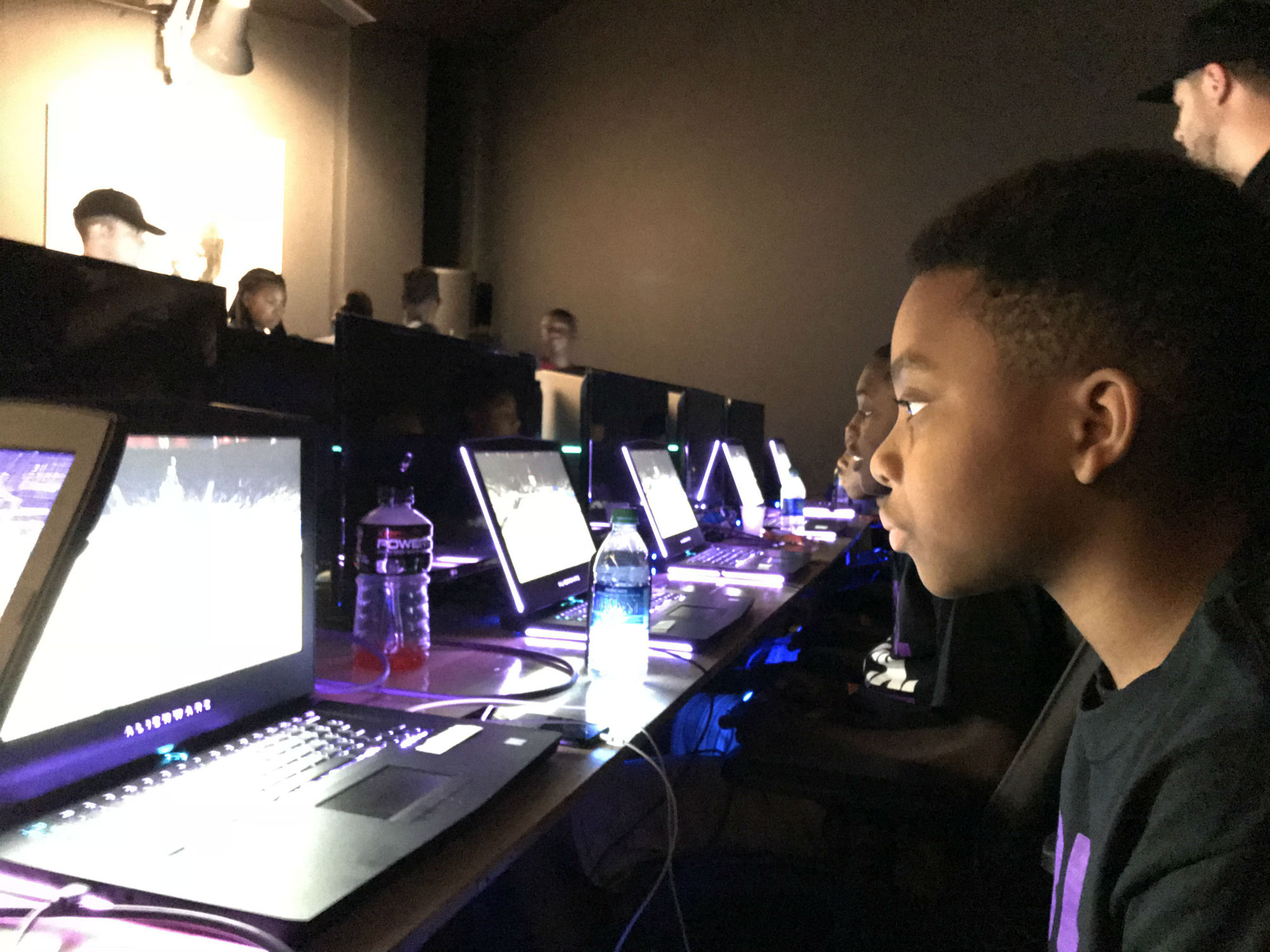 The students eventually got to play and quickly learned the importance of teamwork and communication.

"Hey, y’all gotta pass. Hey, pass the ball!” he exclaimed, then muttered sadly.  “We need to do better."

After the kids finished playing, there was a question-and-answer session, which offered more lessons, including one from Black, who spoke about getting into trouble as a teenager.

"I was wondering this whole time, ‘What was I gonna do with my life?’” Black remembered. “Once I stopped getting into trouble, I started getting a little more mature, and started making better decisions, and my life just started going down this great path."

Pastor Les Simmons says it's important to show young people that school can lead to cool careers in science, technology, engineering and math. Simmons is with the Black Child Legacy Campaign, a group focused on improving the health of children in black communities. The organization is one of a few that arranged for kids to be part of the tour.

"It's online basketball, but it's also ... game development, there's computer coding, all that stuff with STEM," Simmons said. "So, all those little aspects to it. So, it's really huge." 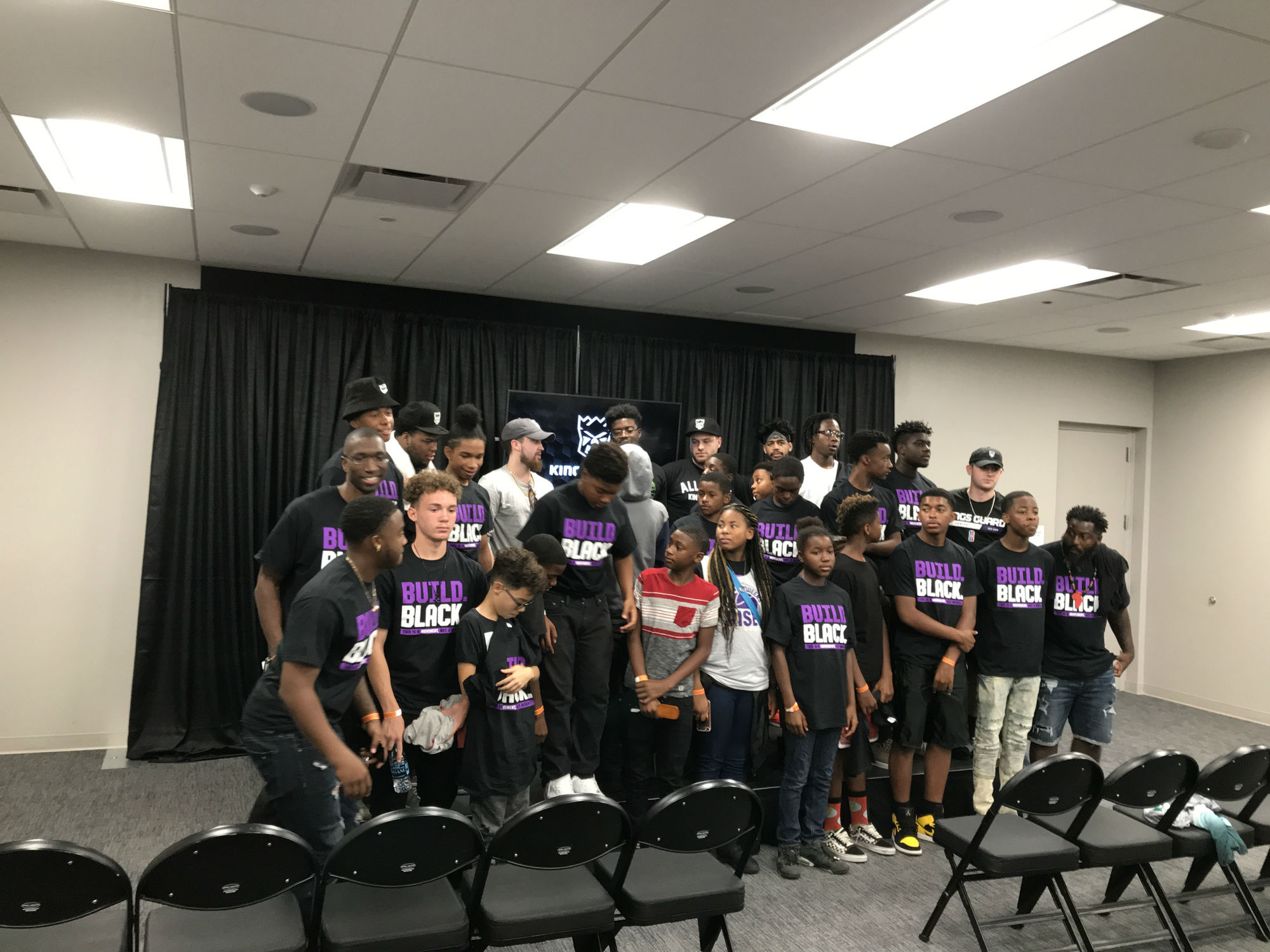 And it's getting bigger. These gamers also have fans, just like the NBA players. Combined, Black and Franklin have seen their Twitter followers grow to 11,000.

Franklin, who grew up in a single-parent household raised by a mom who held "like four jobs," says it's important to connect with fans.

"Really, just try to show love back, because the little things mean the most, especially really coming from truly nothing and now making it to this big time, I try to show love to anyone who shows support because it's truly awesome," he said.

NBA2K has announced an expansion to 21 teams next year which means there will be another two-dozen gamers employed by the league.

And although the Kings Guard inaugural season ended in a last-place finish, maybe the next  players will come out of their mom's basement — and bring this Kings team up with them.

Watch one of the team's games here: