This month the Lake Tahoe Shakespeare Festival staging a show that has nothing to do with The Bard – a retro musical revue named “Beehive,” featuring songs made famous by girl groups with high-rise hairdos five decades ago.

“Beehive” is all about musical nostalgia. It’s a continuous stream of catchy, optimistic anthems about teenage love and angst that topped the pop charts in the 1960s, performed by a cast of six.

Motown hits are well represented, and “Beehive” constantly reminds you of the 60’s with chatty little interludes between numbers.

“Remember the Beatles were everywhere? Remember fishnet stockings, and hot pink? Remember Sonny and Cher? I was Cher....” 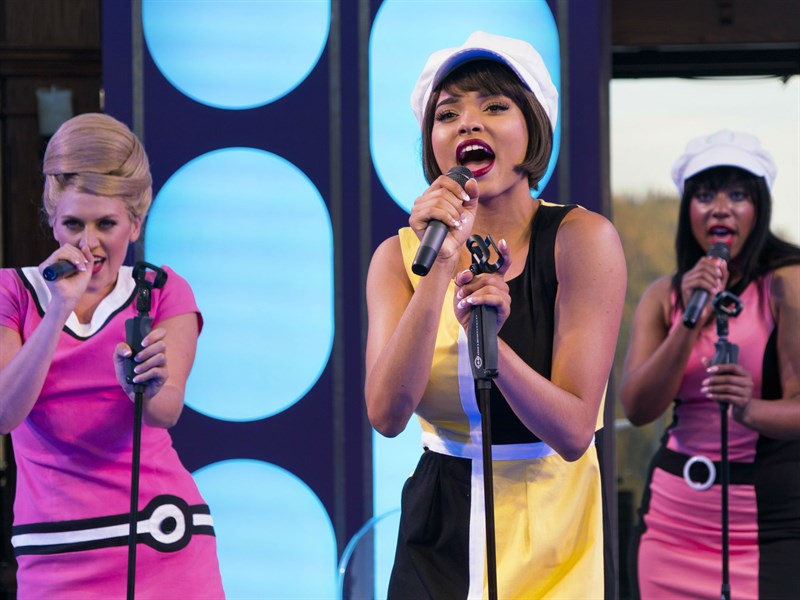 A few seconds of patter is all you get in terms of plot and characters. Then the band strikes up another blast from the past, the girls — who go through lots of costume changes — begin to harmonize, and we’re into another golden oldie.

That’s the show’s concept, so let’s cut to the quick: If you remember the '60s, or you’re younger but still identify with these catchy old pop songs, “Beehive” was designed with you in mind. But if you want a show that tells a story, it’s my job as a critic to advise you that “Beehive” is an ultra-light nostalgia cruise with next to nothing in the plot department.

My hunch is that “Beehive” will do well at the box office for Tahoe Shakespeare, because the festival audience is thick with vacationers seeking light entertainment. If you’re hungry for something more theatrically substantial, try Tahoe Shakespeare’s medieval staging of the tragedy “Macbeth,” with gritty battle scenes and scary witches.